HURRY! TIME WAITS FOR NO MAN! OR WOMAN!

The party goes on, with ice, jazz, camels, rice paper lanterns, music, and Carnival begins from Nice to Rio de Janeiro, and the mystery of Venice, to Africa, India, South America, Taiwan and Canada.

Here are a list of our favorite festivals to get you through February.

UPDATE:  Perhaps the most famous, or at least most fantastical, Carnival in the world was cancelled towards the end, with only days remaining, due to the outbreak of the Coronavirus virus.

For a full eighteen days, one of the richest and most elegant festivals on the planet with world famous masquerade balls and parties. Venice transforms into wild fantasy which has to be experienced to be believed: the whole city metamorphoses with over the top evening wear, costumes and masks are de rigueur (period costumes can be rented from different ateliers, thank goodness). Venice has its own sensual vibe, don’t say we didn’t warn you.

You can get there via private water taxi. You knew that. 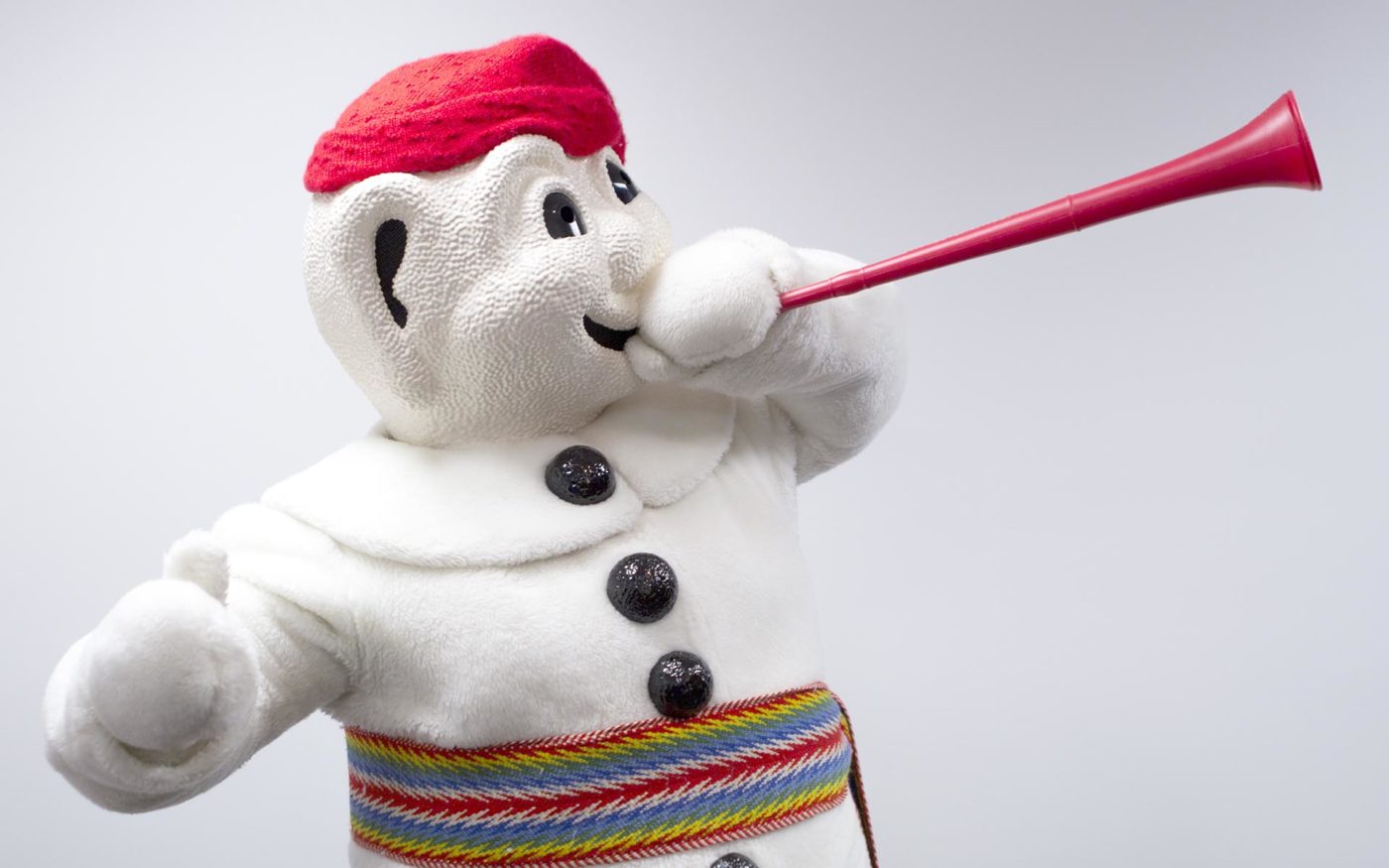 He’s having a good time!

A magical festival that transforms the whole city into a 24-hour party, which starts soberly enough and morphs into two, city length conga lines of revelers snaking down the snowy/slushy/icy streets, one in each direction, all day and through the night, drinking Caribou, a local fortified wine, from long plastic canes. This goes on, gloriously, for nine days. There are also activities and events, including a canoe race through big floating ice patches on the river, and night parades, which do not so much interrupt the Caribou-swilling human trains as brightly enhance them.

The place to stay is the now (in North American terms) ancient Chateau Frontenac. It was built in the late 1800s, inside the Old Quebec City walls, and still feels far more European than New Worldly, as does all of Quebec City.

Ongoing from December until March 1st

Set in the vibrant, medieval city of Zwolle at The Ijsselhallen you can still catch a taste of the ice festival which has been extended this year. An exhibition of ice crystal sculptures carved and lit in an extraordinary array of designs by specialist artists. It’s worth the trip. The city of Zwolle set on the River Ijssel, is a wonderful discovery of hidden gourmet restaurants, bars and boutiques, theaters, museums and cafes, and a hip vibe university town.

If you can’t make it to the festival, here’s video of the sculptors.

Two weeks of cultural dancing, horse racing, different sporting events and dancing competitions, plus you can slide down a steep slope on a banana trunk, half-naked. Got your attention now, eh?

I mean, you can’t do that where you live, can you?

Celebrating its 20th year. Now in over 150 venues all across Denmark presenting 600 plus shows of international jazz artists. They love jazz in Denmark! God bless them. 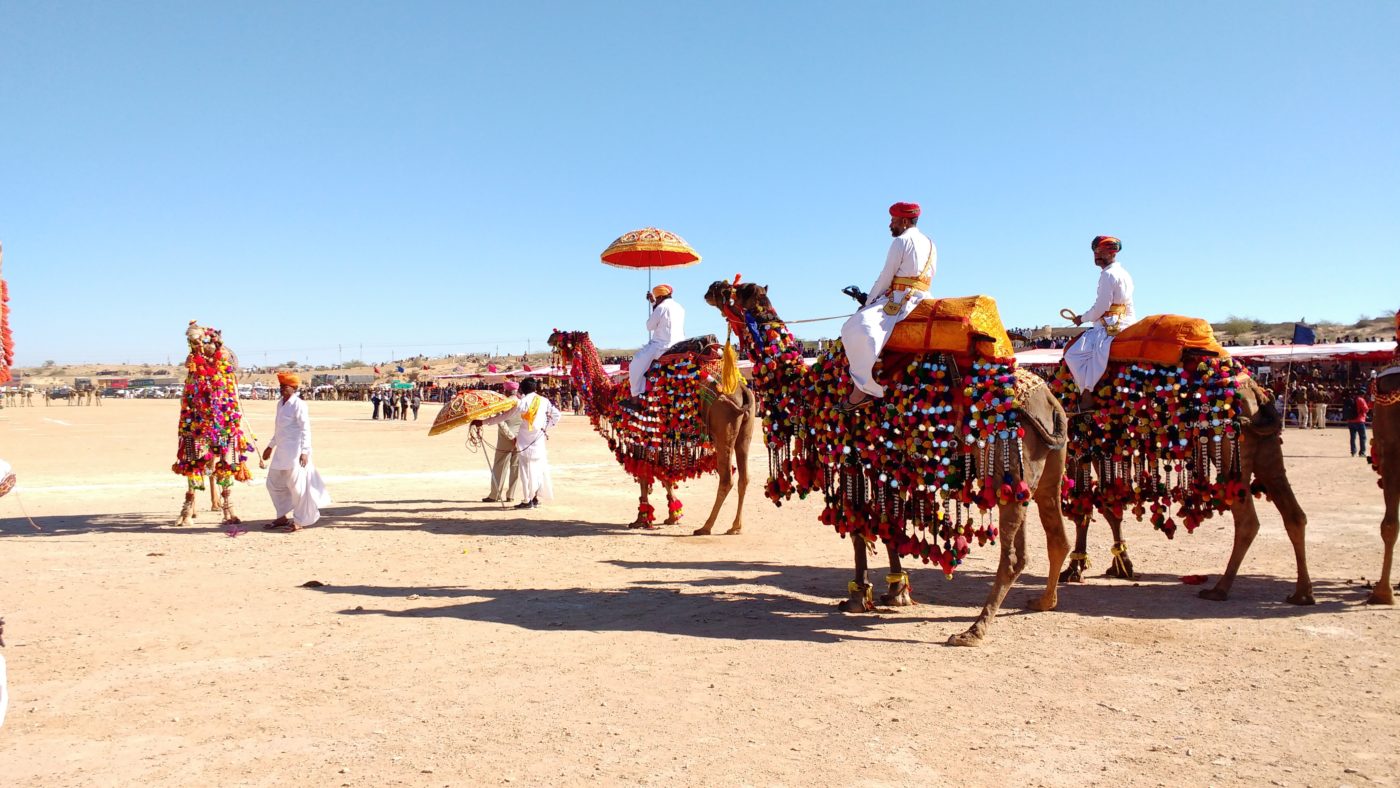 Camels as far as the eyes can see …  Prateek Singhal

An ancient cultured festival of events such as camel racing, turban tying, and the longest mustache competition, which is not frivolous in these parts. This is not Brooklyn or some craft beer commercial. The festival showcases the cultural wonders and folk art of Rajasthan condensed into three days.

Let them explain it better. 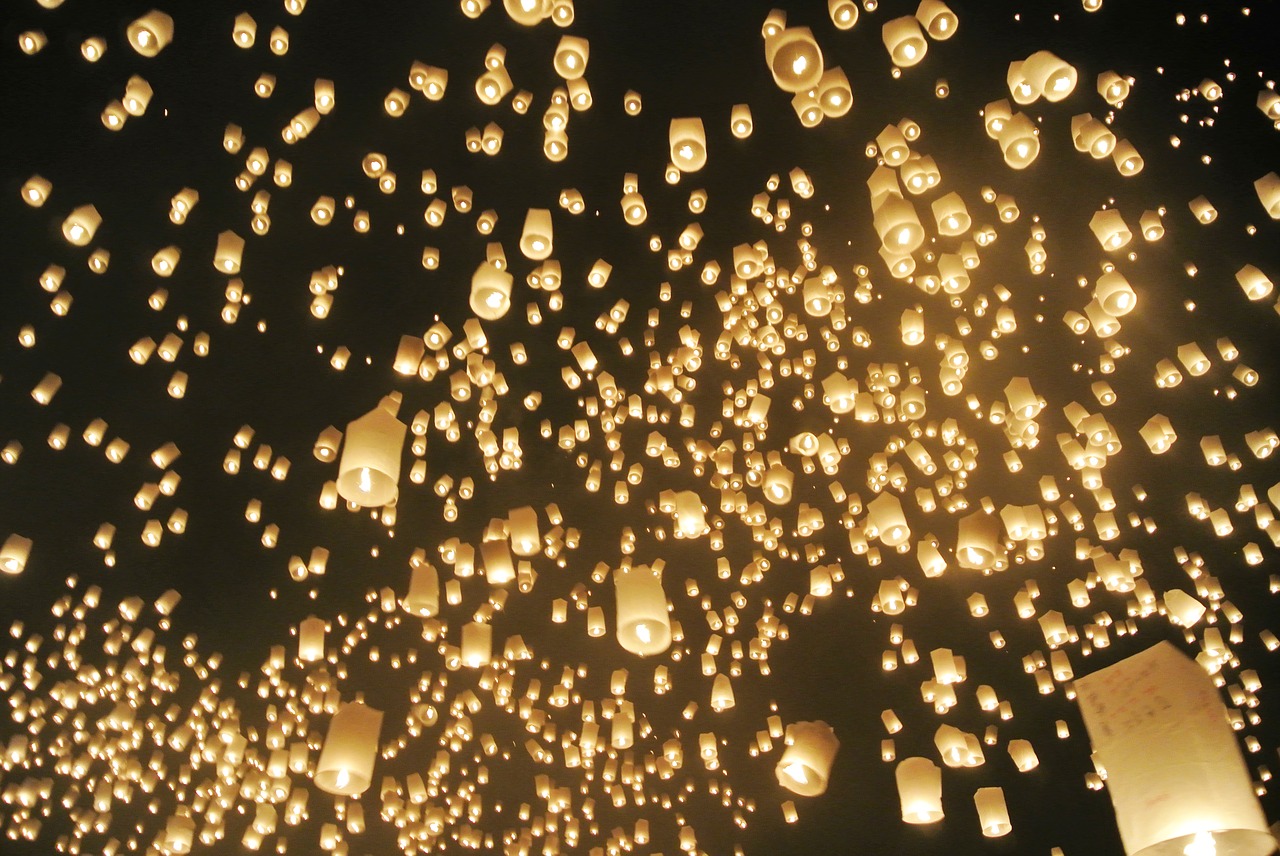 On the first full moon of the Chinese New Year, tens of thousands of people descend on the tiny hill-town of Shifeng, write their wishes on fire lanterns, and release them into the sky together creating a beautiful spectacle of floating lights. Approximately one to two hundred thousand lanterns lift to the Heavens on February 8th, with night markets and sky lantern releases continuing for two weeks. You can make it in a day trip from Taipei.

A great celebration of African music under east African skies. Over 400 musicians come together from all over the continent to play 44 shows over 4 days and nights. That’s a lot of music, (and a lot of 4s)  and glorious, distinct styles and sounds from Algeria to Ghana. You will dance, guaranteed!

Documented first in the year 1294 — that is not a typo — Nice Carnaval is considered to be one of the world’s major carnival events. The Promenade du Paillon and the streets of Nice are turned into the magical frivolity of carnival. With flower floats, a giant parade and an eye wateringly vibrant amount of color. 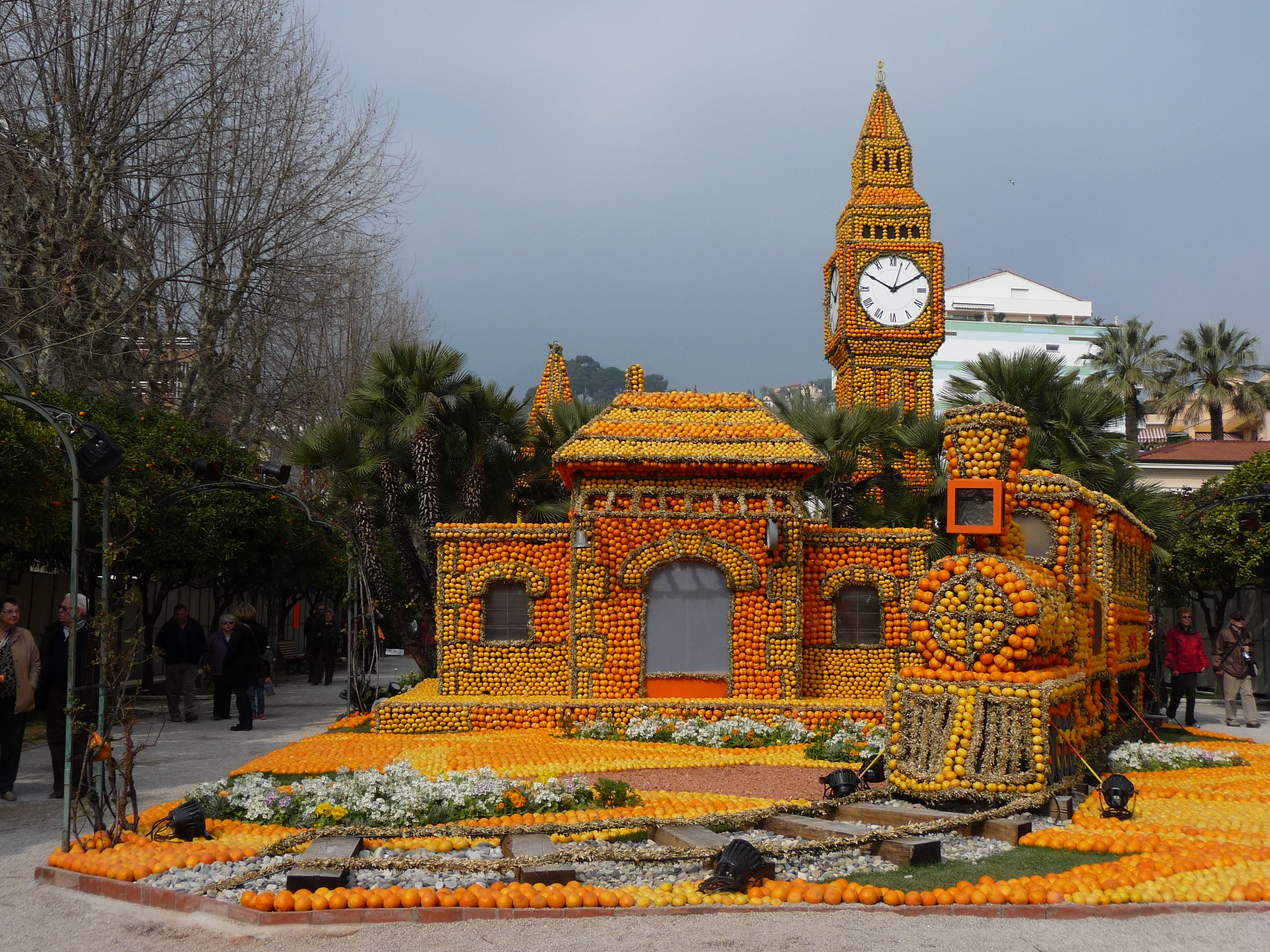 And come back later for your marmalade fix

Lemons, lemons everywhere, landscaped artfully at The 87th Fete du Citron in the south of France. A celebration of oranges and lemons, with incredible giant structures and designs made out of citrus fruit. There are floats and a night parade. It’s all very yellow. I mean, so you are not caught unawares…

This colorful and flamboyant carnival is popular amongst the LGBT community. There are a variety of festivities with parades, floats and after-parties lighting up the small Catalan town of Sitges for a week of lively costumes and zesty debauchery. 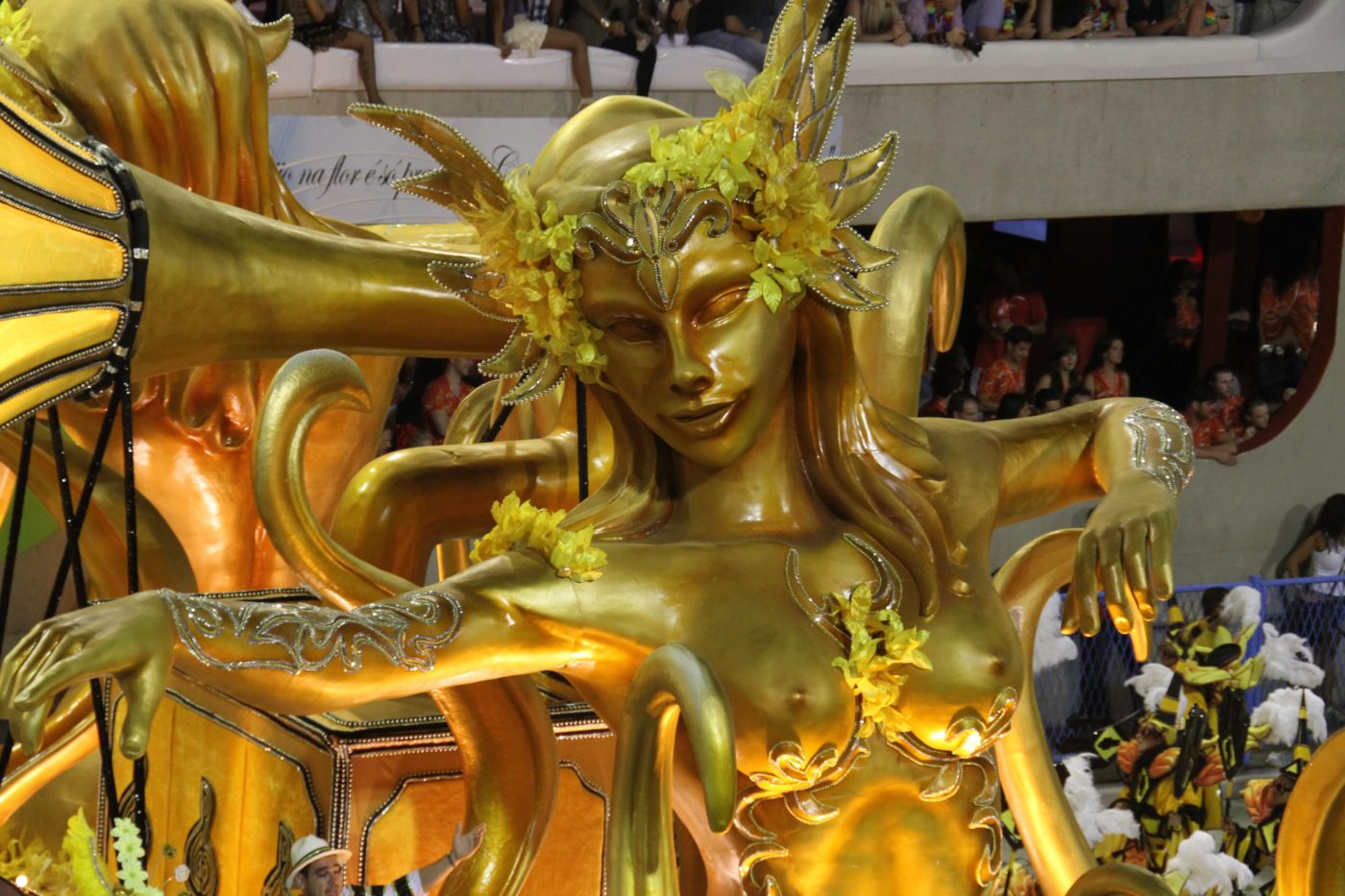 This is the granddaddy of them all, Rio Carnival, also known as the biggest show on earth and the best carnival in the world, and an international magnet for tens of thousands of adventurous revelers. An excuse to let it all go. At one time a Catholic food festival and the last time to feast before the forty days of Lent, now it’s wild samba block parties, millions of people, colorful costumes with jiggly bottoms and gigantic floats with astounding animatronics. No brainer: you’ll have the time of your life. 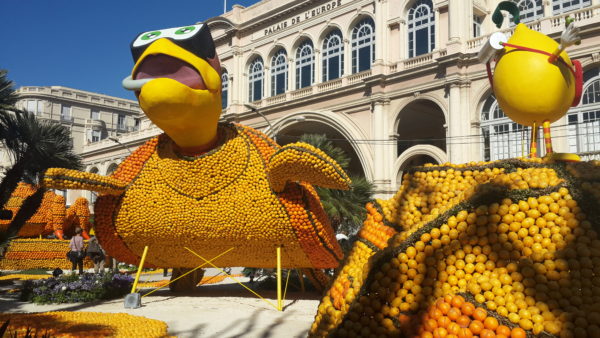 The Lemon Festival, in Menton, France***Bohyunlee/WikiMediaCommons***