SpaceX, Blue Origin and Virgin Galactic have been creating headlines for years now, culminating in the May 2020 launch of the gigantic Spacex Falcon 9 launch carrying Crew Dragon. Approximately 10 million people watched as the first manned spacecraft since 2011 lifted off toward the International Space Station (ISS).

For people like John Spencer, founder of the Space Tourism Society, the idea of tourists in space took root almost 40 years ago when, in 1982, he founded the Society. “I was pretty much the first guy to focus on space tourism as an emerging industry. I realized, in the long run — it happened sooner than I thought actually — it was going to be an important industry.”

An architect by trade, he advocated for tourism opportunities through conferences, speeches, and design concepts. “In the early days, people literally laughed at me.” But in 2001 the tides changed when Dennis Tito, a businessman, gave $20 million to the Russian Federal Space Program to bring him on a mission to the ISS. He stayed for a week. Space was officially open for business.

“I was right,” laughs Spencer.

Since then, six civilians have joined other missions through the company Space Adventures, with a long list waiting to make the trip.  Even Tom Cruise wants to get to the ISS to shoot a film.

According to Spencer, who is also trying to develop a $2 billion Mars-themed city in Las Vegas called Marsworld, “NASA has become far more comfortable with tourism. In the past they were actually quite hostile towards it. Those guys retired, and the new people are much more attuned to international cooperation as well as private enterprises.”

Jane Poynter, co-CEO of Space Perspective told me: “We assumed government was going to take us into low-orbit, to the moon, to Mars. Over the last 40 years I’ve been a part of companies that have been involved in pushing for commerce to drive development.” 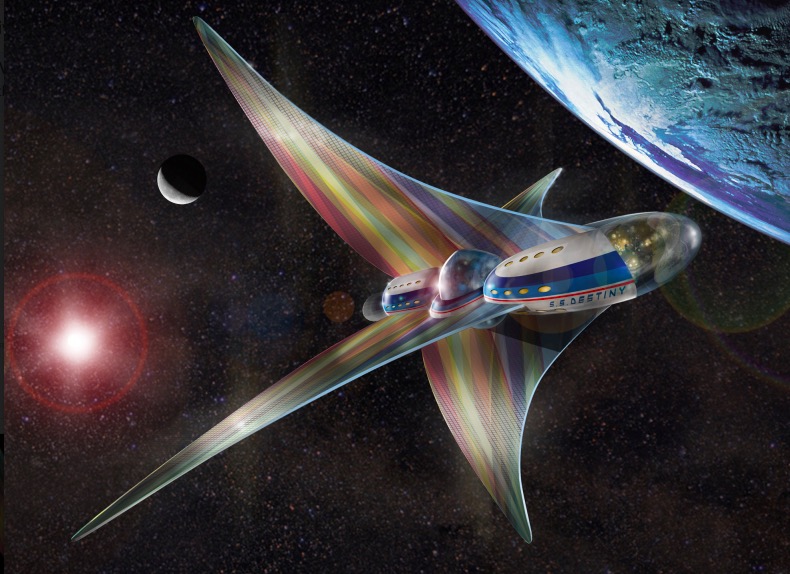 Billionaires like Elon Musk, Jeff Bezos and Richard Branson have been throwing money at space travel for a while now. Last March, the international bank UBS estimated the space travel and tourism industry to be worth $400 billion.

In 1982, long before Amazon made him the wealthiest person who ever lived, Jeff Bezos was interviewed by the Miami Herald after being named valedictorian of his school and said that he wanted to develop space hotels and colonies. Musk developed a space-themed video game called Blastar when he was 12. He now hopes to take human beings to Mars.

But passion isn’t the only motivating factor; the UBS analysis of the industry estimated the valuation would double by 2030, and Robert Jacobson, author of recently published Space Is Open for Business, believes it could easily become a trillion dollar industry.

Virgin Galactic has been the most forthcoming and detailed about their space flight plans. They recently revealed that ticket prices for SpaceShipTwo will be $250,000. Tito was accompanied by professional cosmonauts and underwent months of astronaut training to be crammed in an uncomfortable metal tube, but Virgin Galactic passengers will enjoy all the luxuries that a customer-experience oriented company can afford, although they won’t get to stay up there very long and it seems like the least value proposition.

SpaceShipTwo’s cabin design was recently released with the company stating its goals as “Providing safety without distraction, quietly absorbing periods of sensory overload and offering each astronaut a level of intimacy required for personal discovery and transformation.” It looks like a futuristic charter plane, with seats that belong on the Millennium Falcon and large portal-like windows overhead. Virgin intends for SpaceShipTwo to launch into sub-orbit, after detaching from a larger vehicle at high altitude, to offer astronauts a view of the Earth 50 miles from its surface, and a good hour of weightlessness.

Flights will require a three day suborbital training. Jacobson has taken one of these courses and says, “It really wasn’t too intense. It could probably be finished in one long day even.” Participants will be subject to a round of high G-force that emulates liftoff, a physical check-up, and a low-oxygen training which prepares you on what to do in-case of an accident or malfunction.  “Just breathe,” says Jacobson, “It’s not that scary.”

It’s unclear when the spacecraft will begin carrying travelers, but right now you can join around 600 others in paying a completely refundable $1000 down payment to reserve a seat.

Blue Origin, the company funded by Jeff Bezos, is offering a similar service except with a rocket and a capsule with giant windows. Like many of these new space travel companies, Blue Origin is pretty tight lipped about their timeline and prices. There has been some speculation that, given Bezos’ wealth, he will try and price tickets at a fraction of Virgin Galactic’s prices. That probably is overly optimistic and underestimates Bezos’s determination to keep expanding his wealth.

Jacobson warns, “Bezos better get moving. Musk is miles ahead.”

Aside from the leaps and bounds that SpaceX has made in space travel and communication technologies, they’re offering the premium experience for prospective cosmonauts. They’ve partnered with Axiom Space, a company led by NASA veterans developing new modules for the ISS and will eventually build the world’s first commercial space station. Through this cooperation, prospective cosmonauts have the opportunity to take a similar trip to the one Tito took.

It’s set to depart in fall 2021 and will cost a trifling $45 million per traveller. But that’s only a year away and the continuing pandemic can surely derail anyone’s timetable.

The cost includes a 15 week training program at Axiom’s Houston facilities. Once training is complete, the lucky travelers will embark on the Falcon 9, rocket up to the ISS to stay for 10 days before making a smooth return to the Earth’s surface.  This stretch of time isn’t long enough to cause difficulties in reacclimating to Earth’s gravity.

Philippe Starck, the famous hotel designer, was commissioned to design the habitation modules of Axiom’s commercial space station. Early images are reminiscent of the cozy, softly lit, interior of an egg.

Jacobson notes that Musk and SpaceX are operating at a rapid pace, and are highly motivated to making flights as cheap as possible to reach their end destination of Mars. He expects prices to drop to the tens of thousands within a couple of decades.

Operating on the fringes of these giants, Space Perspective, headed by Jane Poynter and her business partner Taber Maccallum, is also working on getting people into space. Jane Poynter was a designer on the infamous Biosphere 2 team back in the ‘80s, an artificial ecosystem supposedly isolated from Earth, to see how life could be supported in space. Many of the results were applied to the ISS.

Poynter actually lived in that artificial ecosystem for two years. “One of the incredible experiences I had inside Biosphere 2 was the experience of really viscerally becoming part of my biosphere, really understanding our interdependence. And it turns out, that actually, that’s a very similar experience to the ones that astronauts have when they see the Earth in space.” 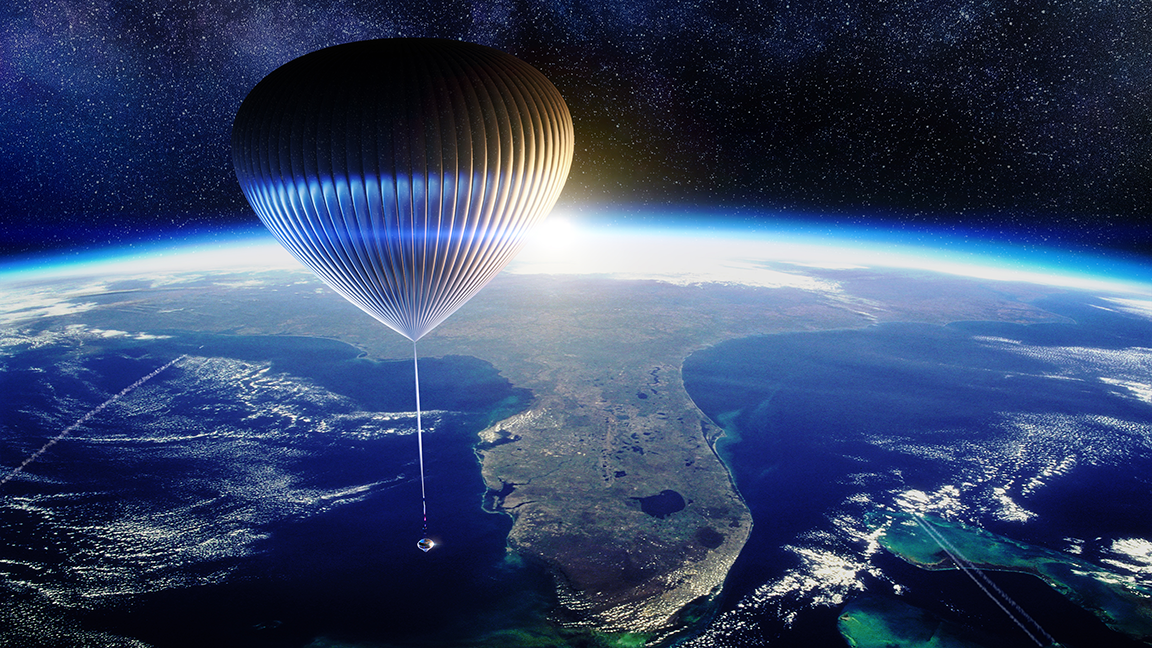 Using what is basically a high-tech air balloon, the company will float it’s passengers up into the stratosphere, around 100,000 ft., so they can enjoy the spectacle of the blue planet at their leisure. It might be slightly lower than Blue Origin’s and Virgin Galactic’s flights, but you still get the full experience of the darkness of space, the curvature of earth, and the thin blue atmosphere that you can see in orbit. The trip won’t require the 3-day suborbital boot camp, or subject it’s passengers to rumbling G-Force on lift-off. And the craft comes equipped with a bar! (Winner!) An ideal choice for the traveler that would rather a leisurely martini than a thrill ride.

It will also be one of the more affordable options. Poynter wants to make the experience as accessible as possible. “It’s about getting more and more people up into space to support the notion that we need to get even further in space. The more people that go, the more people get excited about it.” She estimates flights will be roughly half Virgin Galactic’s prices and she will set an official price after their first unmanned test flight, which should come around March 2021. They’re hoping to send humans up in 2023, and have commercial flights in 2024.

As more and more people rocket out into the night, we’ll be afforded a view of the Earth and a more intimate knowledge of how it works and hopefully appreciate how valuable it is. The National Geographic show One Strange Rock illuminates this phenomena by speaking with 12 astronauts who have spent a collective 1,200-plus days in space. Their testimonies describe what is known as “the overview effect”, a term coined by author Frank White, and described in Psychology of Space Explorations as “truly transformative experiences including senses of wonder and awe, unity with nature, transcendence, and universal brotherhood.” One astronaut says, “I wish everybody had the chance to see Earth the way I did.”

It’s outer space! Who doesn’t get excited about the great unknown? The big ideas being proposed in the space travel industry give pessimists pause to think that, maybe, the future won’t be as disastrous as they thought. The rest of us, currently stuck in our homes, get to imagine what might be possible.

There are lunar fly-bys already being planned by SpaceX and Blue Origin, which could happen within the next five to six years. After that may come orbital cruises.

Spencer thinks the space tourism industry will be very similar to ocean cruises. There are many parallels: both rely on technological innovations to develop ships that can carry more passengers and operate more effectively. They operate in hostile environments, require lifeboats, have dedicated staff and expert navigational crews. Even the burgeoning field of space law is based on maritime law.

The best part is, this will happen in your lifetime.

How To Pack For Mars 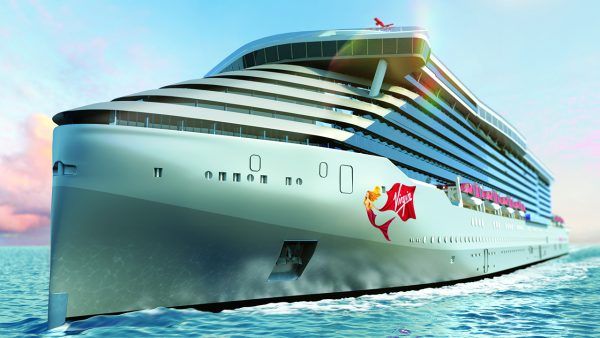