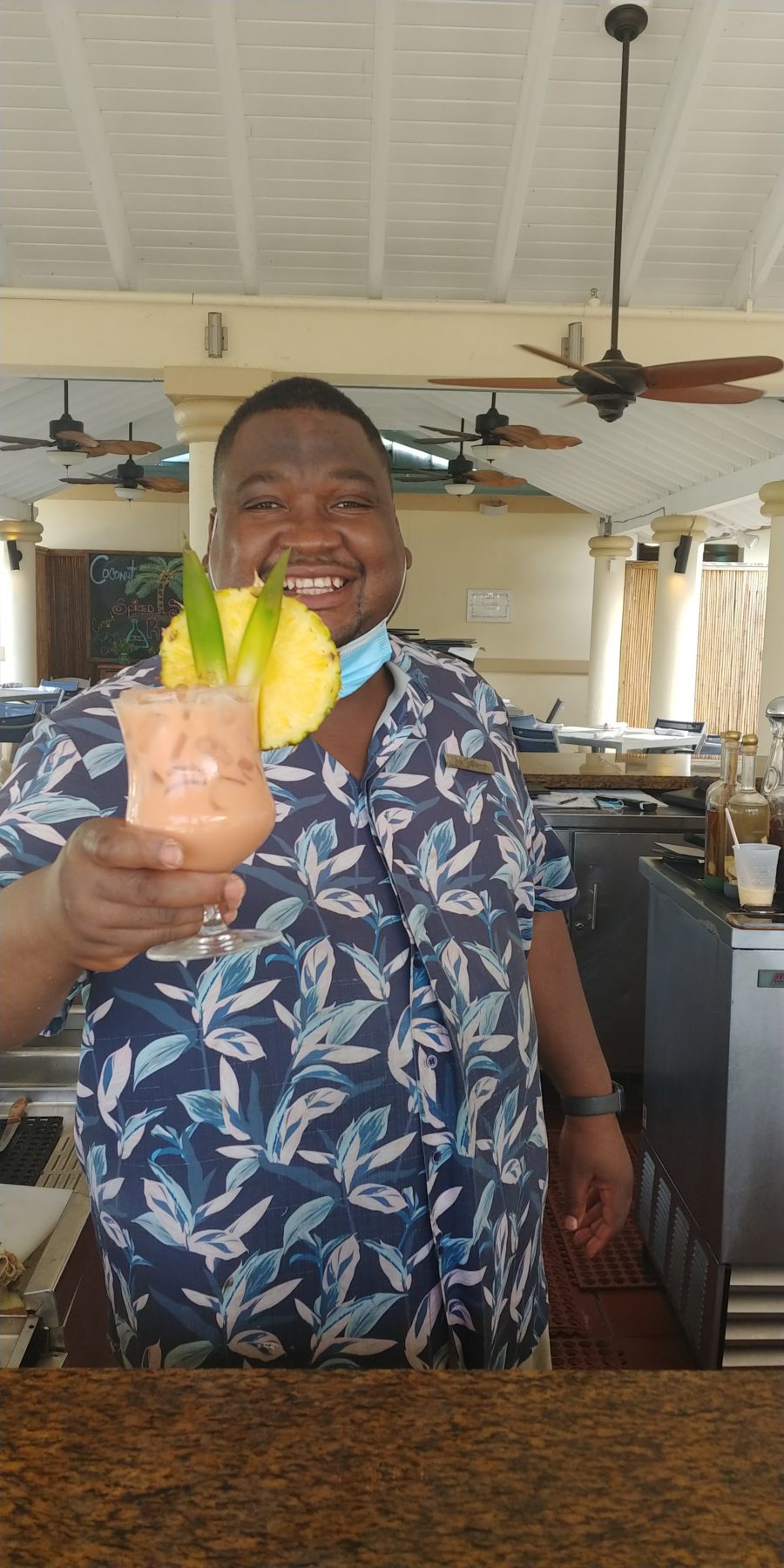 Charlesworth (yes, that’s his first name) is the bartender at the Coconut Cove at the Ritz-Carlton, St. Thomas. He left his home and family in Dominica (not the Dominican Republic he is quick to clarify) 16 years ago, to explore St. Thomas. “I wanted to stay longer so I had to get a job, so with my terrific ability to engage guests, I applied at the Ritz-Carlton as a server,” he says. “I was curious about the people working behind the bar so I wanted to know and learn more. So after four years of watching and learning from the other bartenders, I took an opportunity to become a bartender when a position finally opened up. I enjoyed getting people who came from the States to discover and enjoy the island flavors, just like why I came to St. Thomas!”

His signature cocktail couldn’t be simpler! Make it now!

Here in the islands, sometimes supply is limited. One day we didn’t have any nutmeg, so in order to replace the essence of what nutmeg brings, I replaced the rum with our locally sourced cinnamon and raisin infused rum, and took some cinnamon from the kitchen and served it to the guest who had wanted a normal painkiller. I was nervous at first because our guests are very particular. After he took the first sip he said, in his accent, “I’ll be damned!” but it sounded like one word “Al-Bee-Dam” and I said “No, my name is Charlesworth.” So I used the guest’s reaction to name the drink!

What about it makes it really work? It has a bit of sweetness to it and the combination of spice and sugar always goes well together and are always enjoyed by everyone in the Caribbean.

Shake and serve on a fresh bed of ice.

Dash of cinnamon on top with pineapple garnish.

Homemade cinnamon and raisin infused white rum adds a depth of flavor you’re usually missing from a normal Painkiller. Unlike a Painkiller where it has a signature white color, Al-Bee-Dam has a more of a pink color because of the naturally infused cinnamon.

The History of the Umbrella in Your Drink

INVITATION ONLY THE COVERT COCKTAIL CLUB

Somewhere in NY is one of the best bars you’ll ever go to (or, more likely, not). It’s a real Speakeasy, unlicensed and in someone’s home 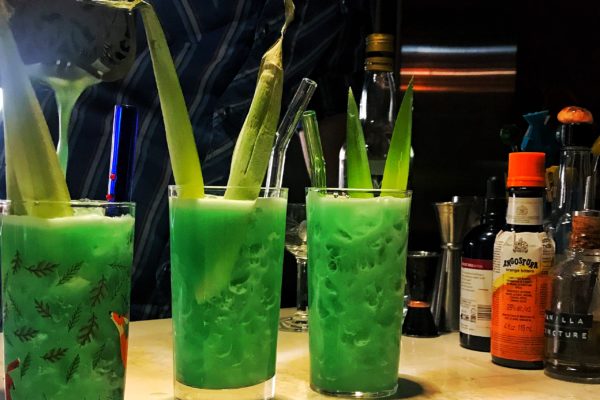