As the global hospitality industry slowly starts to reopen, with new sanitation procedures in place, an increase in personal private spaces, secluded dining options, and the hitherto unheard-of concept of keeping away from each other as much as possible, far-flung remote places may seem all the more attractive.

Not surprisingly, Marlon Brando fell in love with French Polynesia in 1962 while filming Mutiny on the Bounty in Tahiti. Besides his epic film roles, Brando left us an unexpected legacy, in the form of Tetiaroa, an atoll of 12 small islands in the South Pacific, with an over four-mile-wide incredibly blue lagoon in the middle. 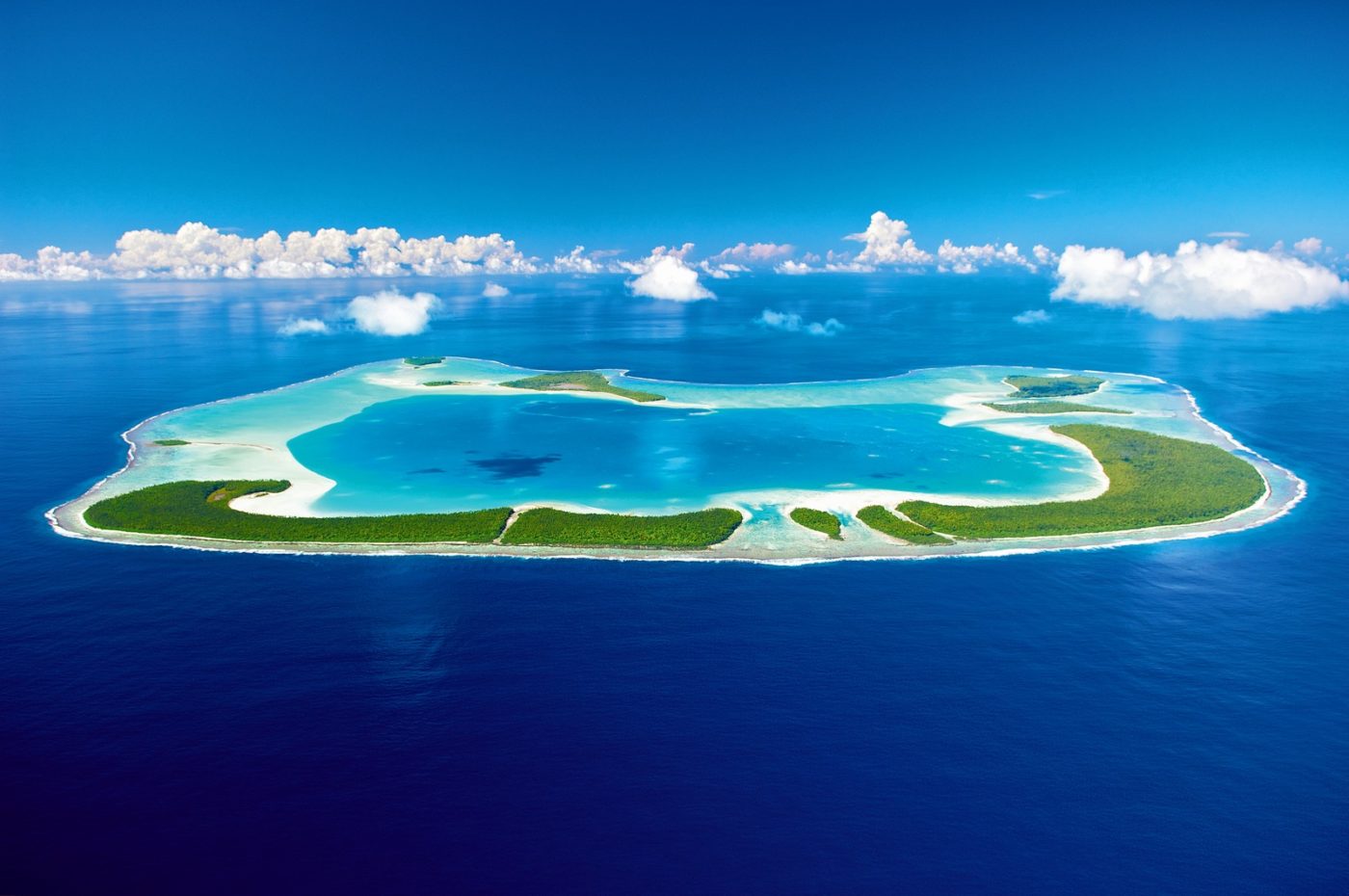 Brando had dreamed of creating a University of the Seas – A center for research and education, and a model of sustainability. And this was it. This lush green atoll covered with swaying coconut palms, 33 miles north of Tahiti.

Brando purchased Tetiaroa in 1967, having fallen in love with the people and the culture, and committed to protecting the biodiversity of the island. It has indeed become a world at the edge of time. “My mind is always soothed when I imagine myself sitting on my South Sea island at night. If I have my way, Tetiaroa will remain forever a place that reminds Tahitians of what they are and what they were centuries ago,”  he said.

Built using strong local materials that integrate into the environment, The Brando is now a 35 villa 5-star luxury resort. Opened in 2014, ten years after he died, it is powered entirely by sunlight. 3500 solar panels power everything from golf carts to high-speed internet, and the backup generator works on, naturally enough, coconut oil.

Tetiaroa has become one of the world’s largest eco models and is completely self-sustaining. They not only grow their own food, and recycle all their own waste, they have a system that cycles cold deep seawater for air-conditioning, and makes drinking water through a desalinator and reverse osmosis, which they then filter through a tank of crushed seashells to add minerals, calcium and magnesium.

They grow dragon fruit, papaya and vanilla, spraying seawater and tobacco on the fruit leaves to naturally repel insects. Over two million honey bees provide them with honey, which they add to cocktails and use in spa treatments.

Even the straws are made out of … straw!

There’s a turtle and bird sanctuary. You can snorkel with the manta ray, or explore the terrain on a bicycle or golf cart.

The resort’s restaurants serve organic fruits, vegetables, and herbs from their own gardens and orchards. The fine-dining restaurant, Les Mutinés, serves Polynesian-inspired dishes with an East/West fusion, and classic French cuisine, prepared by Executive Chef Pierre Lecorne. Chef Nakamura at The Nami combines flavors of the land and the sea that he cooks before you on a Japanese teppanyaki iron griddle.

There’s a sophisticated vegan menu designed by Montreal Chef Kelvin Au-Ieong available at  Les Mutinés, and of course, if you can’t get out of your villa for whatever reason, they’ll bring it all to you.

Or you can dine on the beach at The Beachcomber Café, or have a heavenly cocktail in one of the private tree-top seating areas at the Te Manu Bar, accessible by palm canopied walkways. Which, let’s face it, you don’t see every day.

Brando really did create a paradise. 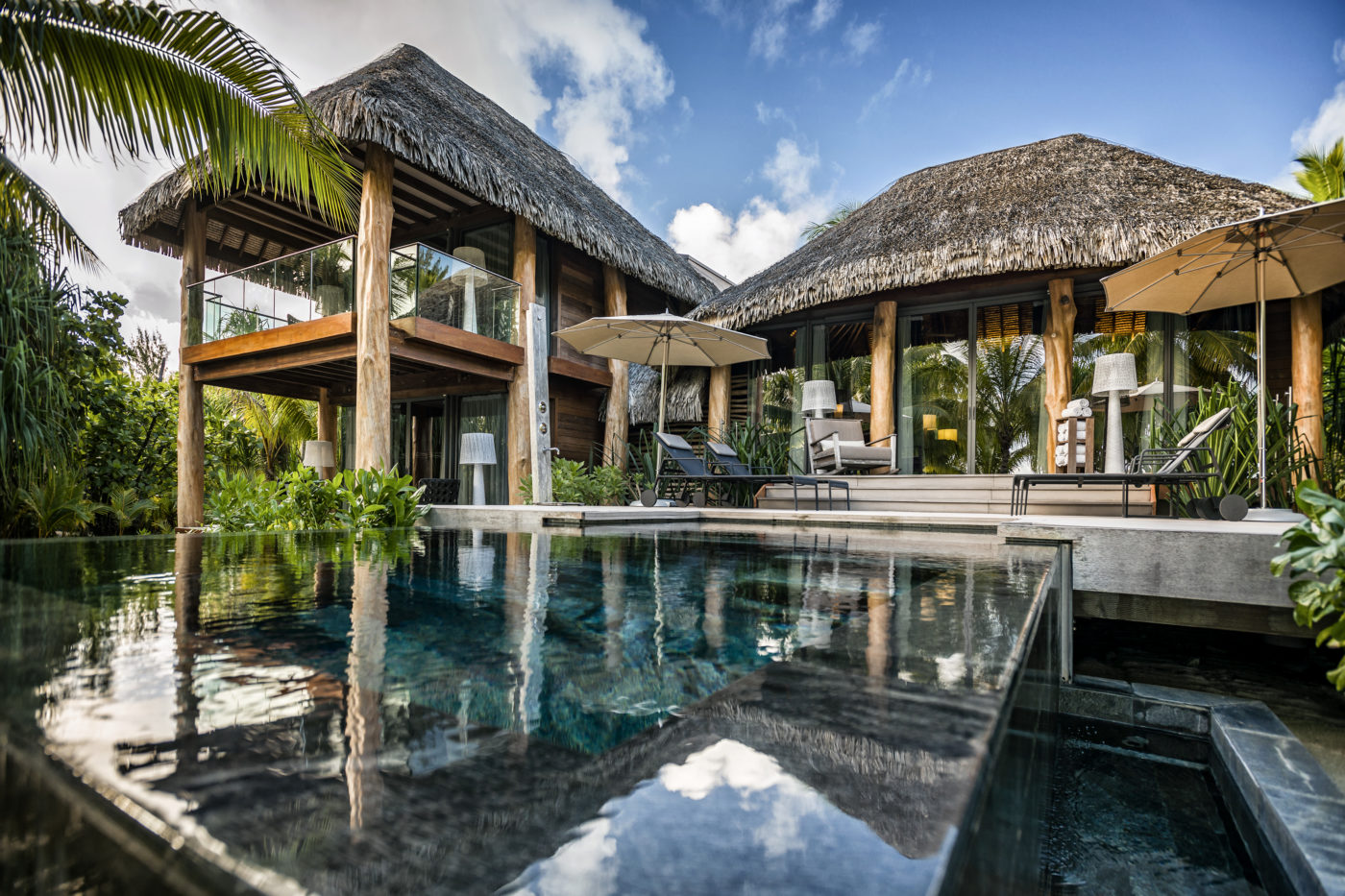 Go ahead and book it now. You know you want to***Romeo Balancourt***

Private beachfront villa rentals are per night, excluding taxes and service charges, with a minimum two-night stay. And they aren’t cheap. This includes all meals, 24 hr. in-villa dining, bicycles, beach equipment, most beverages, wi-fi, and a spa treatment, with a part of the fee going to fund research and conservation. (Prices are approximate, based on the Euro/US dollar).

To get there, you fly in from Tahiti.

If you can’t make it this year, this is what you’re missing! (Although it’s probably the same next year too…)

Wildlife in Tetiaroa Private Island from The Brando Resort on Vimeo. 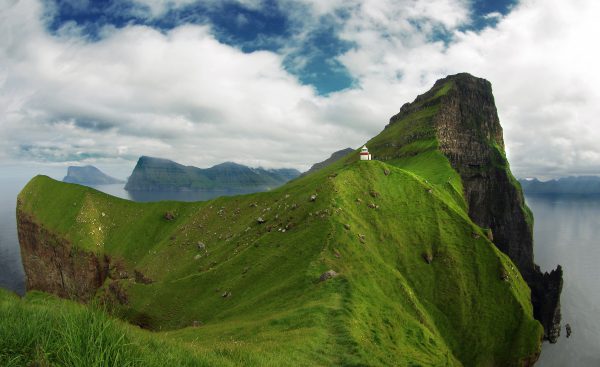 A lone lighthouse on the island of Kalsoy. Imagine what a pain in the ass it is when they have to change a bulb!***Grégorie Sieuw***