While traversing the globe for competitions they sometimes leave their loved ones behind for months at a time. That’s a lot of dedication to win a gold medal. But as Team USA gets ready to compete at the 2018 Winter Olympics in Pyeongchang, they enthusiastically spoke with WONDERLUST about what they do most often: travel.

1  What was your worst travel experience?

Sarah Hendrickson: When we were flying to Russia for the test event in Sochi, the charter flight that all the ski jumpers were on got struck by lightning and full on power went out. We dropped a few hundred feet but that was it. We were fine. It was kind of shocking. Now it’s just a good story. My thoughts on flying: If you’re going down, it’s going to be pretty painless. You can’t control it.

Alex Deibold: I was traveling Denver to Tokyo. The flight to LA was delayed so we got on a different flight and I sat middle seat for an 11-hour flight. Couldn’t sleep. I was sweating. Luckily, the Tokyo airport has showers because I was so disgusting when I arrived. LA to Tokyo middle seat. I’ll never forget that.

2  Where’s the best skiing / snowboarding in the world?

Devin Logan: The Alps in Tignes, France. We have good mountains stateside, but I’m always mesmerized at how big they are and how small of a person I am. It just looks like a painting. No picture can capture how beautiful it is there.

Torin Yater-Wallace: Swiss, French and Italian Alps. That region is my favorite in the world. The skiing is unreal. What defers the Alps from other resorts is basically ski wherever you want without boundary and to your expertise at your level within the resort. There are ski lifts to the most jagged peaks you can ever imagine. Whereas in the States you’d have to go to the side or backcountry for that terrain.

READ: The 10 Best Places in the World to Ski This Winter

Ashley Caldwell: Park City, Utah to be totally honest. Mountains on Salt Lake have incredible snow, but I’ve also had some incredible experiences in Switzerland, Austria and Sierra Nevada, Spain.

Alex Deibold: Argentina is awesome! It’s reasonably inexpensive. The snow quality is good. It’s beautiful! Huge rugged, steep mountains that are underrated and underutilized. The culture is warm and inviting. It’s one of my favorite places to travel and snowboard. The food, wine…God it’s good. 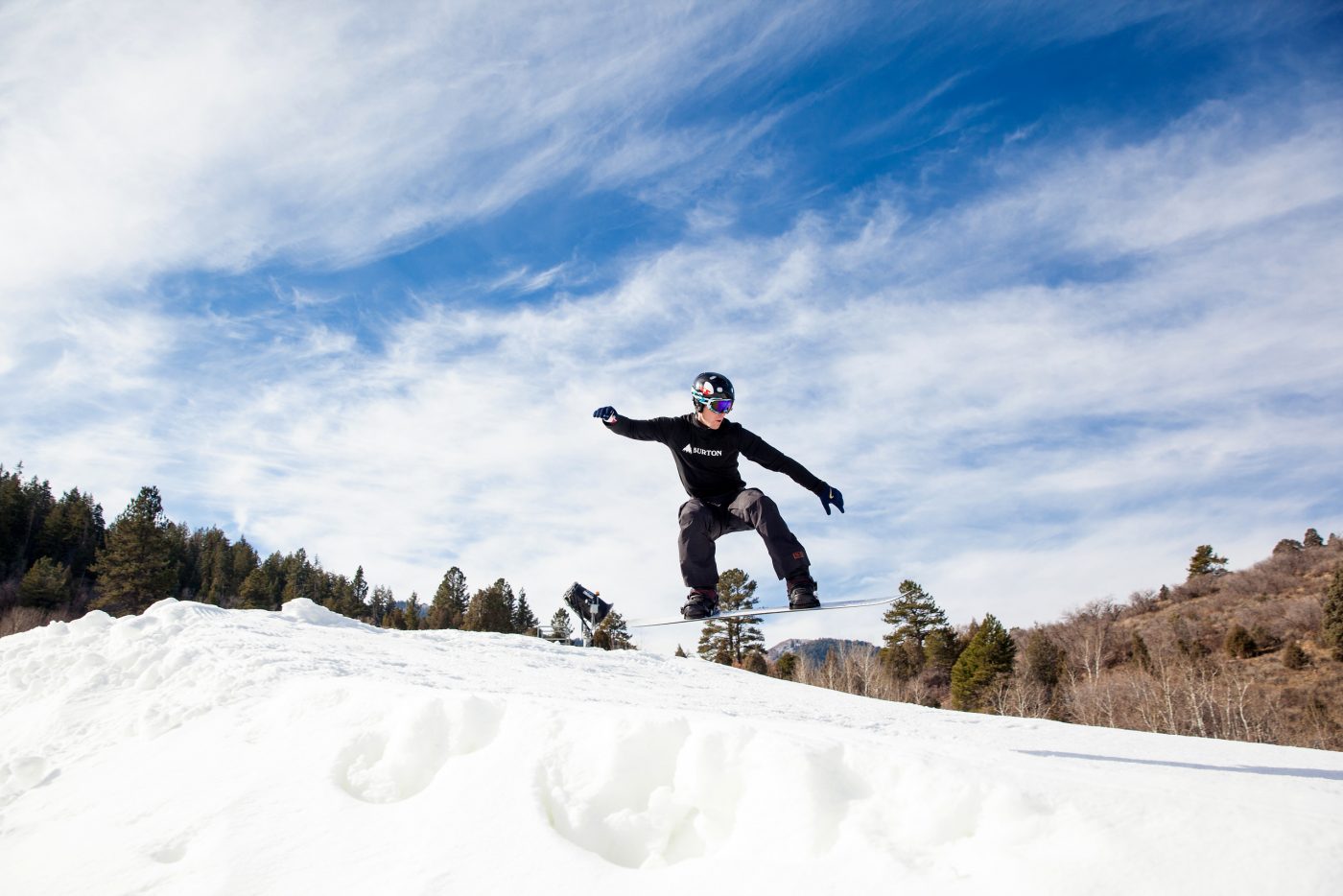 3  If you could time travel when would you go to?

Torin Yater-Wallace: Anywhere from the ‘60s to the ‘80s – less stress, less electronics.

Jocelyne Lamoureux-Davidson: ‘80s because of the music. Great hair!

Gus Kenworthy: Renaissance times would be incredible if you were crushing it and at the top of the hierarchy…Maybe the 1950s. Aesthetically cool, like Pleasantville diner-era, but there was so much racism in the country. I think I’m happy where I am.

David Wise: I’d ride a horse through the Old West.

Ashley Caldwell: I’m a forward-thinking individual. I would go into the future to see the cool technology.

Nick Goepper: I would go back to pre-agricultural revolution, like 20,000 years ago and be a hunter/gatherer and live off mushrooms and woolly mammoths. I hear there are some modern forager societies in Africa and the Arctic. It would be cool to visit one.

Amanda Kessel: I would say early 1900s so I can see the country when my grandparents grew up – their parents emigrated here. They grew up in the Detroit area.

Alex Deibold: I spend so much time on planes, I would love to go back to the ‘50s and ‘60s when air travel was glamorous. It was a thing that people got dressed up for and you looked forward to and it was exciting.

4   What has been your biggest culture shock? 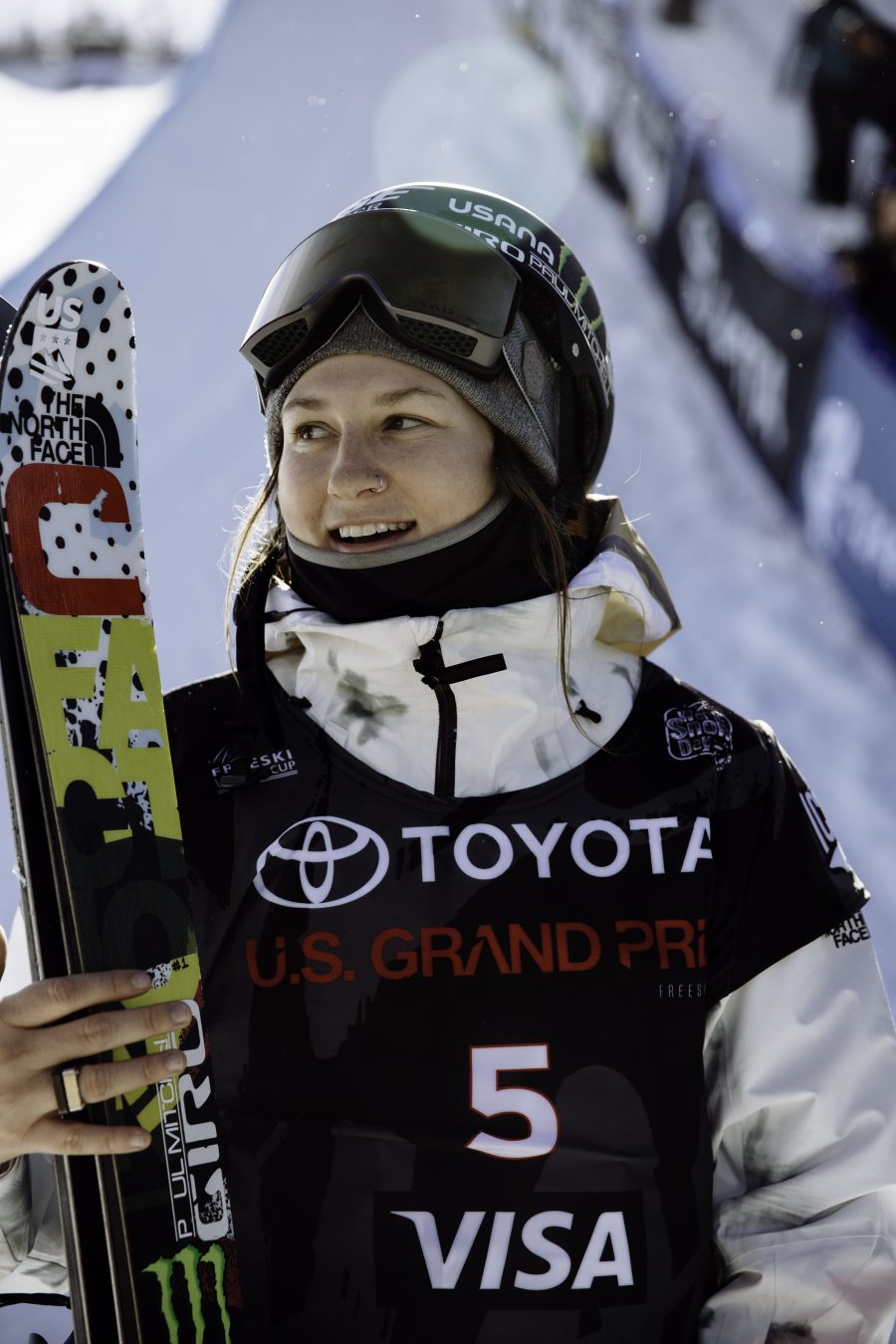 Devin Logan: When we went to Russia for the Sochi Games. Some army guys in the woods with white camo and machine guns. They don’t have that in Park City. I think the cops there are on bikes.

Gus Kenworthy: I grew up in a town of 2,000 people. Living in New York City, there are buildings here with more people living in them than that. I get to leave a lot and the best way to enjoy New York City is to leave New York City.

Ashley Caldwell: I went to South Korea last February for a test event and went to the DMZ to experience what that border is like. It’s eerie. They got a mile or two of neutral zones. There’s a big fence, lookout points, military monitoring for any movement between the two countries. It’s tense, it’s scary, it’s eye-opening to the fact there’s a lot going on besides freestyle skiing.

5  What country has the best food?

Torin Yater-Wallace: France or Switzerland. I love raclette, fondue. And Italy as well. How can you go wrong with the pasta there? I’m a big fan of cheese and pasta. All the good things in life.

Sarah Hendrickson: Oh my gosh…I guess Italy. I love gnocchi. We used to have an Italian coach and we stayed at this small bed and breakfast and they made the most amazing gnocchi with a cream and cheese sauce. Everything was made in house. It was so delicious. I actually can’t eat it anymore because I’m allergic to eggs – it’s pretty annoying.

John Shuster: Switzerland – I can’t ever think of having a bad meal there. We went to a steakhouse in downtown Basel – wish I could think of the name of the place. Some people might be saying if you want steak, North America is the place to go. But they had unbelievable steaks, one of the best meals I ever had.

David Wise: I’d put two of the meals I had in South Korea on the top five meals I had in my life. The food is really, really good. They’re really into their barbecue over there. You’re basically cooking over an open coal fire right in the middle of your dinner table – it’s cool! The quality of the meat is so good it takes the experience to another level. The quality is second to none.

6  Have you experienced homophobia during your travels?

Gus Kenworthy: In Russia, the hotel wouldn’t let my boyfriend and I check into the room together because it had one bed in it and there were two of us. I went to Uganda to do a documentary for the Olympic Channel and homosexuality is very frowned upon there. I was on edge the whole time. I closeted myself during the whole trip. It’s much harder for people living in that part of the world. 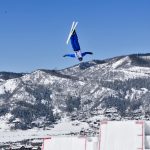 7  How do you occupy your time on flights?

Jocelyne Lamoureux-Davidson: Have to go with binge watching Game of Thrones.

Nick Goepper: I go into the bathroom, no just kidding…I’ve been really into reading lately.

Amanda Kessel: I usually get a USA Today and do the crossword before we take off.

Alex Deibold: I like to read garbage like spy novels, magazines off the shelf. It’s good fluff to keep me distracted. It helps me get to sleep. I’m a good sleeper on planes.

8  What was most memorable about your honeymoon?

Amanda Kessel: We stayed at the Sandals in the Bahamas, it was all-inclusive! We got the butler! They can bring you breakfast instead of having to actually go to the restaurant and any poolside service, which instead of walking to the bar, that was 100 feet away, they’d bring it to you. There’s no bell, but a call service, which is obnoxious.

John Shuster: We went to this lake right on the other side of the Canadian border. It has a small campsite on one end that nobody’s ever at, and a sand beach, and camped for four nights and four days, fished lake trout and hung out and enjoyed the peace and quiet. The serenity of being in the wilderness of no cell phone service, no nothing – that’s what we did believe it or not. On the fourth day, we got five inches of rain, fell on us overnight in about a six-hour span, so we got to practice packing up camp really fast.

Lowell Bailey: We wanted to go somewhere where we would never be for the biathlon circuit: Ireland. One of the most memorable things was doing a point-to-point trail run. For the first five or so miles, we were running through these wild areas of open cattle pastures meandering along the cliffs. When we came over the rise there had to be 5,000 tourists from various tour buses that had come to the one parking point and as quickly as that happened we were back to solitude on a single track running through Irish cattle pastures. 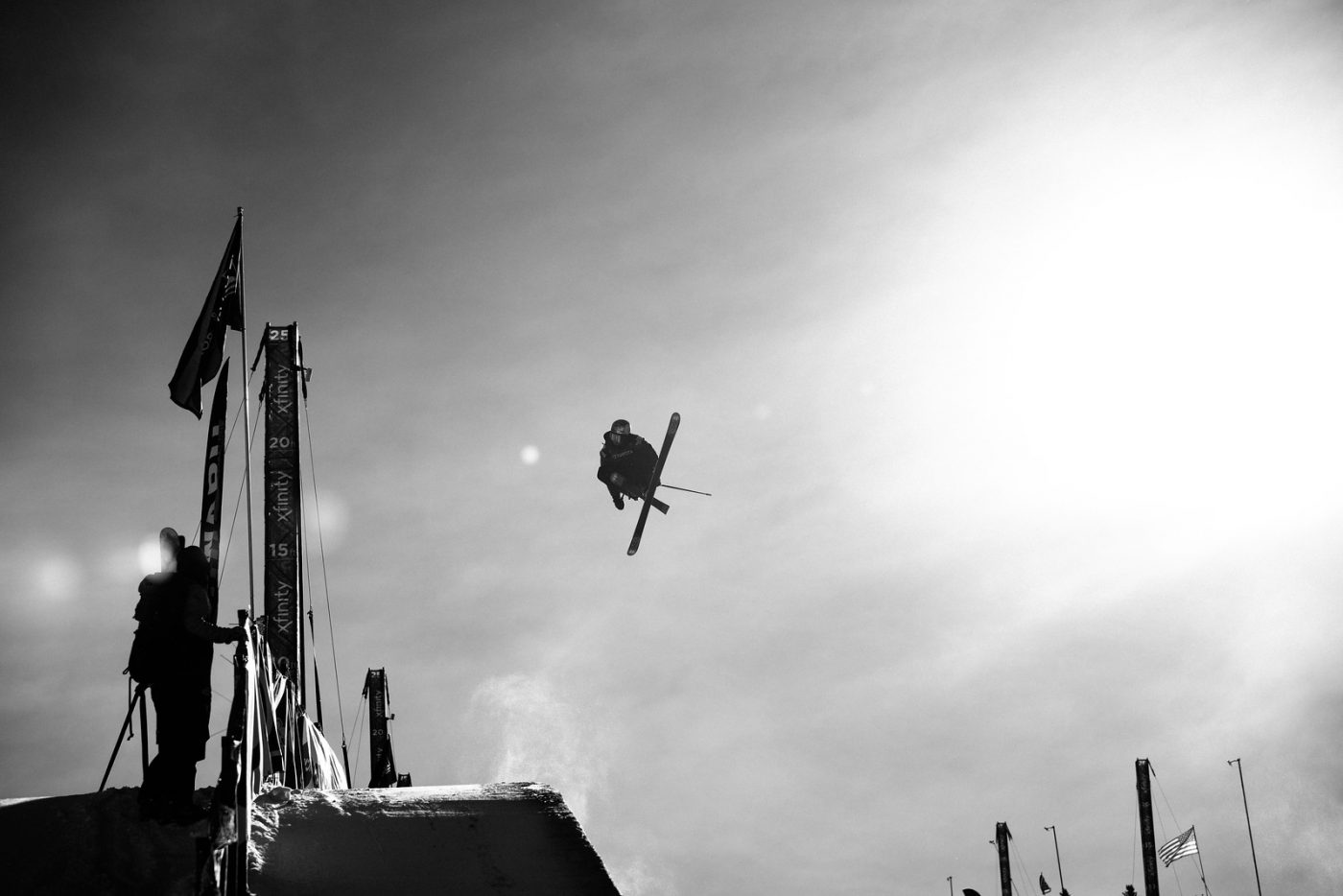 9  How do you travel with a rifle? And have you ever lost it?

One time, at Christmastime, I came back to the States for about 10 days. I made it out but the rifle stayed in Geneva; it was never put on the plane. It took days on the phone with a variety of different airline personnel in different countries. I was on the phone with a guy in Geneva walking through the storage areas who stumbled across the rifles. We ended up getting our rifles back the day before heading back to Europe.

10  What is your dream vacation?

Sarah Hendrickson: I really want to go to Bali. There’s something so different. I always go to cold climates for ski jumping so I have no desire to go to Europe for at least 20 years. I’d rather go somewhere warm, a beach.

Jocelyne Lamoureux-Davidson: French Polynesia islands with the huts over the water. Or Italy. Bora Bora would be more relaxing and Italy would be more touristy and definitely food.

Ashley Caldwell: I really want to go through Patagonia and South America, then Antarctica then back.