Travel invariably contributes to warming the planet but many travel and tourism companies have made reduction commitments, and some have already been met. Some are still catching up.

“We won’t have a world to show our customers if we don’t tackle climate change,” CEO of Intrepid Travel, James Thornton, recently told delegates at a convention. Intrepid is one of the first carbon-neutral travel agencies, since 2010. They have reduced emissions and invested in offsets, like a wind energy project in India and a reforestation project in Malaysia.

Estimates of the effects of travel vary. According to the World Travel & Tourism Council, the industry generates between 8% and 10% of the world’s greenhouse gas.

Intrepid’s Global Environmental Impact Manager Dr. Susanne Etti knows flights, or traveling, aren’t going away, but Intrepid curators consider each trip and clients can expect alternative transport when available. For example, a trip to Cambodia that required an internal, connecting flight has been replaced by a less-emissions river cruise.

A spokesperson for Airlines for America (A4A) told us their members are, “investing in more fuel-efficient aircraft and engines, and developing sustainable aviation fuel (SAF).” The airlines and the US government have pledged to make 3 billion gallons of SAF available in 2030, and achieve net-zero carbon emissions by 2050. In theory, SAFs would cut flight emissions by about 80%. 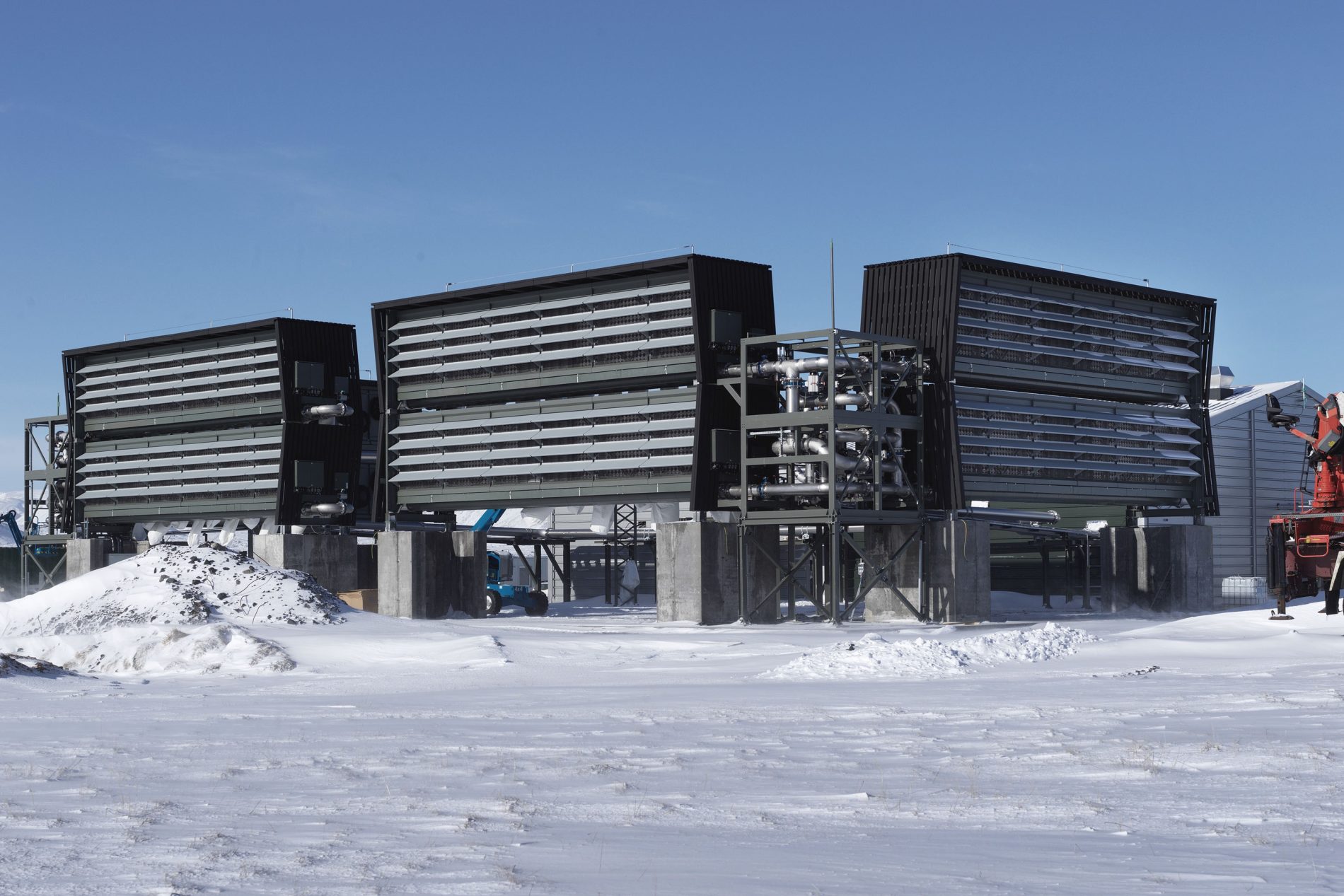 On frozen ground: The Climeworks carbon capture plant, in Iceland

Then there are carbon offsets, although United Airlines CEO Scott Kirby has called them “the height of greenwashing.” United is focusing on direct air capture, the theoretical process of capturing CO2in the atmosphere and storing it underground. A minority partner in 1PointFive Inc.,  they hope to open a large-scale direct air capture facility in 2024.

And other companies are counting on carbon capture too. Tomorrow’s Air offers a subscription model for travelers and businesses to fund efforts by Climeworks, which runs direct air carbon capture plants.

Christina Beckman, a co-founder of Tomorrow’s Air, sees the technology as integral to reaching net zero. She points to COP 26 and IPCC, in which leaders have asserted that 2050 targets won’t be reached without carbon removal. “We never talk enough about removal,” she says. “No single initiative will solve this problem on its own.”

According to Beckman, the Climeworks facility consists of eight collector containers, with an annual capture capacity of 500 tons each, 4000 tons in total. “The containers are arranged around a central process hall that accommodates all electrics, such as the processing unit, allowing us to operate and control the facility from afar. Inside each of the collectors is a highly selective filter material, this is what the carbon dioxide molecules adhere to,” she explains.

The technology is not yet scalable and cost-effective, and Howard Herzog at MIT’s Energy Initiative urges realistic expectations. He says it costs a lot of capital and energy to capture carbon from the atmosphere since it’s so diluted, especially compared to processes that capture from a point source, like a factory’s smokestack, where it is 300 times more concentrated.

Herzog estimates that Climeworks’ machines require about $1,000 per ton of carbon. “It’s very expensive,” he says. “There is a lot of exuberance for these technologies, but if you look at the science behind them, you’ll see there are limits.”

For concerned travelers feeling helpless about a slow-moving, if well-intentioned industry, Tomorrow’s Air is an opportunity to fund carbon removal’s expansion. “We need to clean up the trillion tons of legacy emissions already there,” says Beckman. “We don’t have to be perfect today, just better than yesterday.” Tomorrow’s Air has also recently partnered with Pacific Biochar, a company that captures CO2 by stabilizing natural processes of decay in organic matter.

Cruise lines have made promises to reach net zero emissions by 2050. Cruise ships produce more carbon dioxide on average than any other kind of ship, due to their hotel-like amenities.

“Their commitments are not realistic,” says Marcie Keever, Oceans and Vessels Program Director at Friends of the Earth. “They continue to double and triple down on liquified natural gas (LNG).” The fuel is touted as a way to cut emissions, but Keever says extracting the gas from the earth emits methane, a gas with 80 times the warming power of carbon dioxide.

Despite promises, the Associated Press reported over the summer that Cruise Lines International Association, the trade group representing 95% of the industry, tried and failed to water down new environmental regulations.