JW Francis has just returned from a through-hike of the Appalachian Mountains and is already rearing to get out there again. He looks the part with a bright shock of red curls sprouting from underneath his baseball cap, and a majestic beard covering his face. A woodsman’s face. The Oklahoma native has been living in New York City for the past eight years, recording homespun indie-folk. Maybe he just needed the air.

His newest record, WANDERKID, is a reflection of his urge to “get out” of the city and out of his old self. Each track is an upbeat and warm exploration of what it feels to be stuck, and how strong the yearning is to be unstuck. Warm guitars back lo-fi vocals, resulting in a nostalgia-laced album that feels metropolitan and rustic, roaming and stationary, optimistic and anxious all at once. 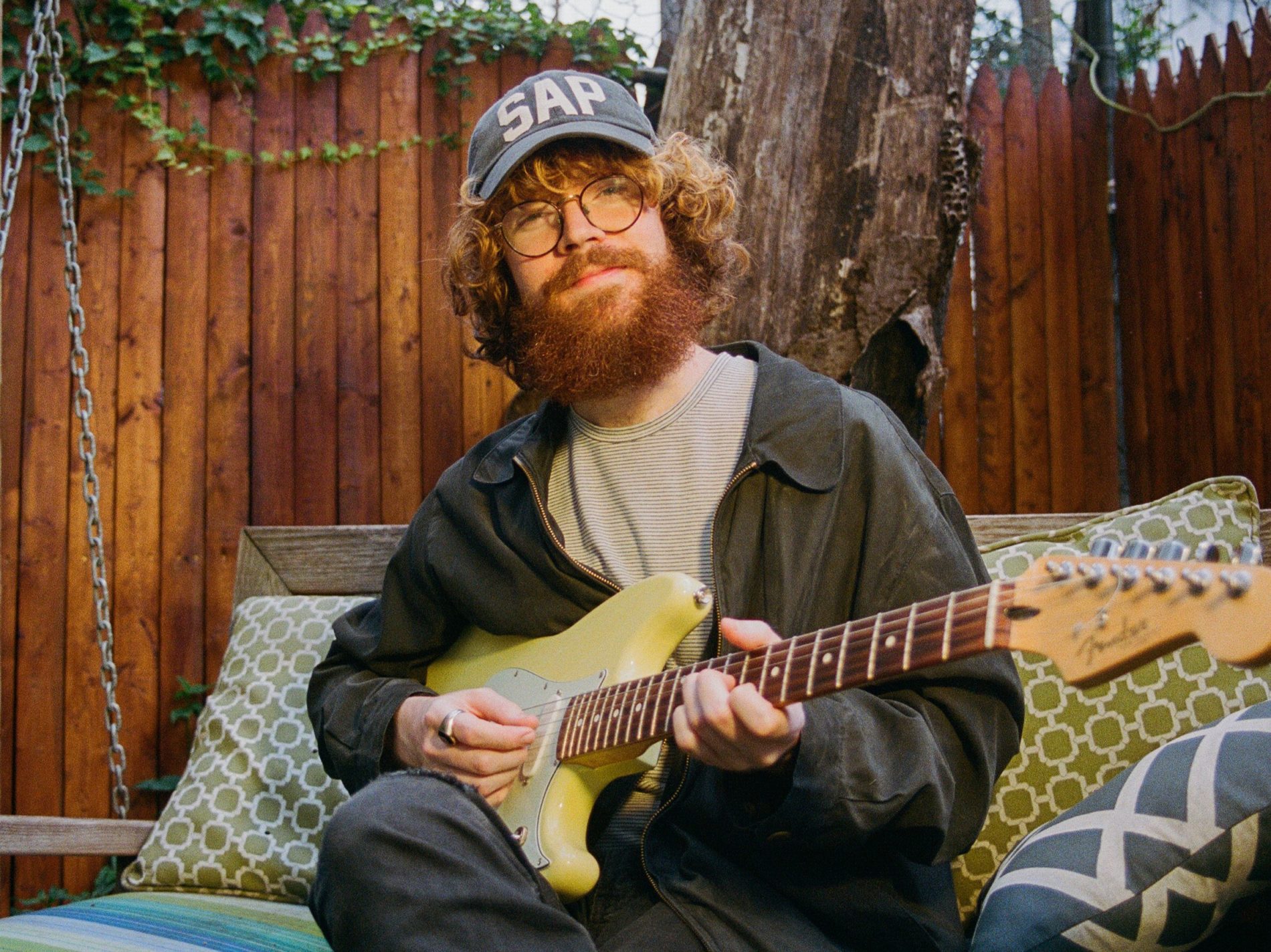 I sat down with him to talk about how the trek has given him perspective, what he saw, and what he plans on tackling next.

What was the impetus for hitting the Appalachian Trail?

It was rather random. I took a class in college at Columbia University called “Walk This Way” that was all about walking, and my whole family made a lot of fun of me for going to a fancy school and taking a class on how to walk, but I thought it was completely revolutionary. It changed the way I thought about getting from point A to point B. It was about doing it consciously. I began to think of a walk as a pilgrimage.

That was back in junior year of college. Around then I was asked to play bass in a band called The Britneys and they had a show in Savannah. I got a ride down there from New York, and then I said, “Why don’t you just leave me here? I’ll just find my way back to New York.” It went horribly wrong. I didn’t bring a tent. The only food I had was a jar of peanut butter and a loaf of bread. And I brought six rolls of toilet paper. For some reason I thought that was a week’s worth of toilet paper.

So since then, it was always in the back of my mind that I wanted to go at it again with a more prepared mindset. When I got signed to a label and was able to quit my day job, I had plenty of time to do something before I could go on tour again. So the trail was my thing to do. It felt like a good transition between not working and touring. 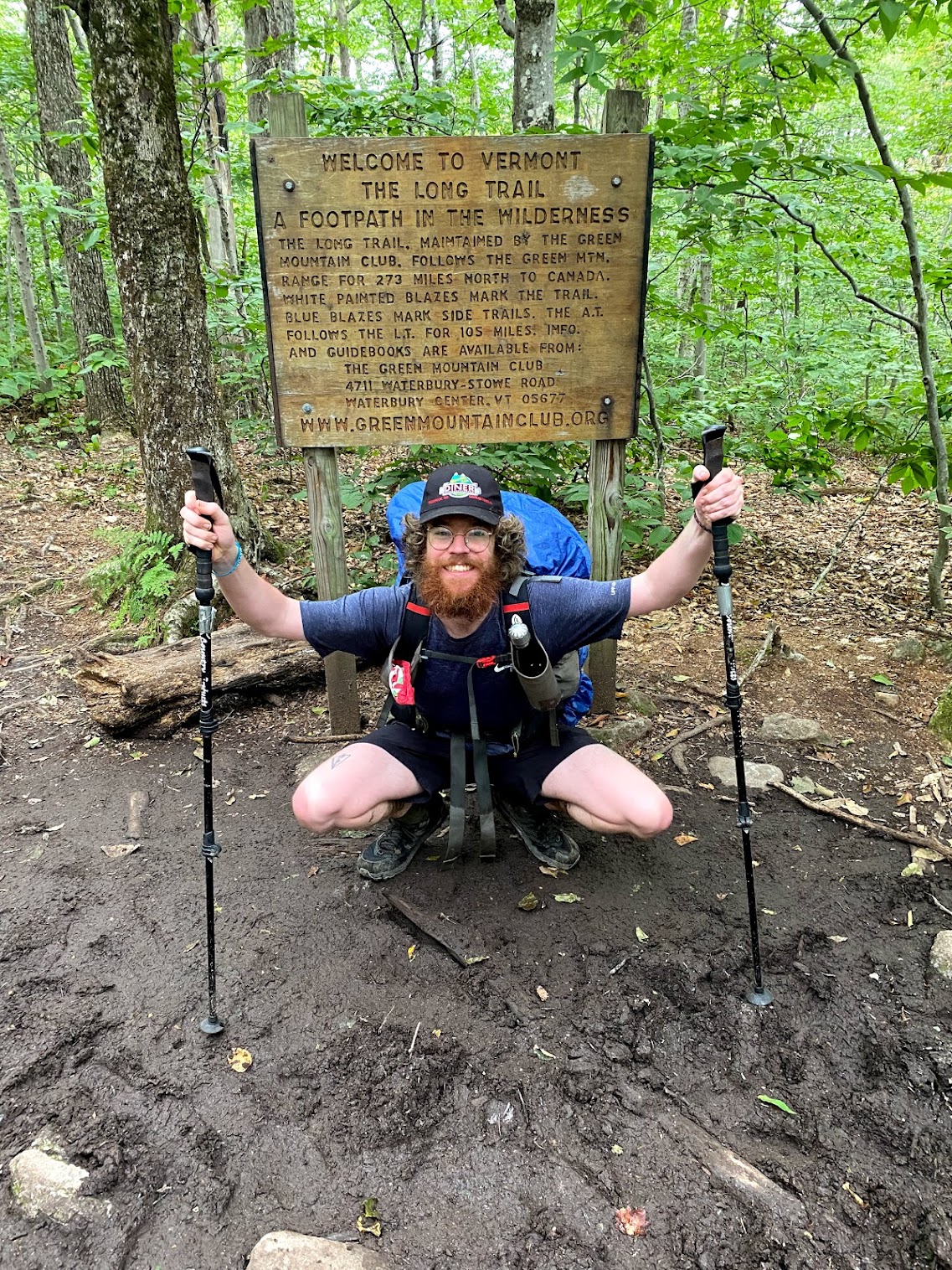 So the album was written before you started the hike?

Yea, and it’s funny because it’s called WANDERKID and it’s about getting out and whatnot. But rather than having this life experience and then writing about it, I decided to write the album and then go live the experience.

If I wrote the album now, it would be entirely different, much more introspective and contemplative. This album definitely sounds like the before and reflects my need to get out.

What was your favorite section?

I was a little disappointed in the Smokies. I thought it was going to be more beautiful, but apparently the parts that the AT goes through are just nowhere near the best parts of the mountains. But right after the Smokies, like Tennessee and North Carolina, the Blue Ridge Mountains, those were my favorite. There’s this series of mountains, the Bald Mountains, where there’s just no trees and everything kind of looks like the Microsoft desktop screensaver, just beautiful.

What was the worst thing to happen to you on the trail?

There were many, many mishaps. The worst was wiping my butt with insect repellent.

Yikes! What was the best part of hiking day in and day out?

My favorite part was losing myself in the activity of walking. It’s the closest I’ve ever felt to being nobody if that makes sense.

What was the most amazing thing you saw on the trail?

All the people who quit their jobs and left their lives to spend 4 months walking the earth. Also I spotted over two dozen bears.

What did you learn on the trail?

I had this realization that everybody carries around this rich internal world that is just unfathomably complex and full of potential. We rarely get to talk about or bring that world to the surface because so much of our interactions are usually so coded. You know — Hello, how are you? Good. Oh, that’s good. Blah blah blah. All the while there’s this crazy ocean of emotion going on underneath the surface.

That’s why I love making music so much. You can circumnavigate all the BS by practicing a sort of radical compassion and love for yourself. This little voice in my head just kept popping up while I was out there in the woods telling me, “You’re holding back. You’re holding back.” And I realized how much the expectations of others were weighing on me. Going somewhere where there were no expectations helped me to blossom.

People I meet on the trail really get vulnerable. In our normal lives we have this obsession with gratification. But people on the trail have been dreaming about being on the trail. This is it for them. It’s almost like you’re in heaven with a bunch of other people.

What is calling you back to the trail?

A lot of people that I spoke to while hiking just kept saying that it keeps getting better and better. Some of them had done the Appalachian Trail four or five times. I really want to do something easier (laughs). I thought it was going to be a little bit more of a walk than going up and down Mount Everest 16 times, or whatever it is. The Camino de Santiago [a 500 mile pilgrimage from France through Spain, that winds up at the Cathedral Santiago de Compostela, in Galicia]  really calls to me. It seems like way more of a cultural experience with walking still a big part of it. 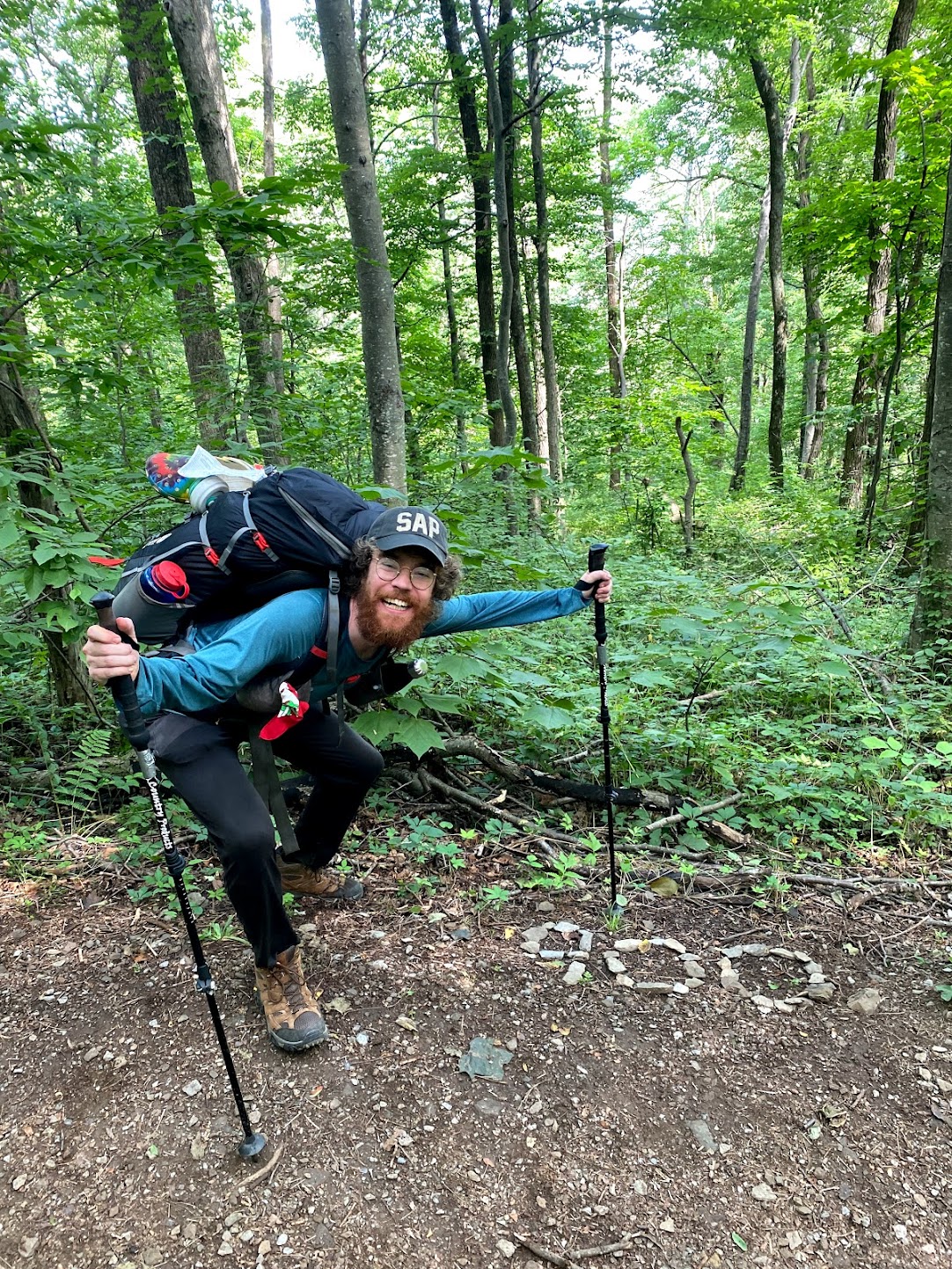 Well, he’s made it to the 900 something mark on the trail…

You’ve lived in multiple places, from Oklahoma, to Vermont, to Paris, to New York City. Where most informs and influences your music?

It’s absolutely New York. Partly because that’s where I’ve spent the last eight years. Oklahoma is kind of home in that that is where grandma is. But New York is just such an accepting place, they say if you can complain about the subway you can call yourself a New Yorker. It feels easy to get into the fold.

Whereas those other places that you mentioned, Vermont and Paris, there’s more of an insular family history to them. You gotta be born there. Which I respect, but as a wanderer I really like New York because they have this arms-wide-open kind of atmosphere.

I kind of drink the Kool-Aid of the 70s & 80s edgy, grungy, romantic, New York scene. I love Patti Smith. There’s that scene from Rolling Thunder Revue where she’s just on stage performing a poem while doing a magic trick, and I just love that energy of just weirding people out. Like hey, let’s break the barriers. You can’t get that in New York anymore, if you want that, you have to move to Philly.

So, you’ve said that WANDERKID is about getting out. What are you getting out of?

I mean, I have a specific answer for myself that drove me while I was writing it, but I sometimes like to keep that kind of stuff vague. I want to let people take it how they will. A lot of people are always asking me who is John [someone Francis references in the opening track]? It’s way more fun to say, it’s whoever you want it to be, and it’s getting out of whatever you want to get out of.

But for me it was moving out of my past apartment with my best friend. It was my first apartment after college. The last album was a reflection of living in that apartment with my friend and how it felt sort of like a nice, warm cocoon — comfy jobs, comfy apartment, and a comfy set of friends. We were satisfied and fulfilled, and that for some reason was scary. So we said, let’s get rid of our awesome apartment, quit our jobs and start again.

After the Appalachian Trail do you feel you have to get out more?