Jim, a tall, handsome, successful private pilot for CEOs, was looking for a soul mate. Normally, this would have been an easy sell for me. I’m a matchmaker, based in LA, but Jim’s first love is Boise, and he wanted to settle there with someone who would fall in love with him and Boise. I asked two well-chosen women if they would consider a move to Idaho. When the snickering died down, the response was basically: “Boise? Isn’t that a one horse town?” (Well, based on a 2013 report, the state of Idaho actually has the highest per-capita horse population in the world.)

I sniffed with indignation and purchased a plane ticket. Even though I’d never been there myself, I was on a mission to prove that Boise was more than just potatoes and trout fishing. After all, Californians were making the move north in droves and I was curious to see why.

As I waited for Jim to pick me up at the airport, I checked the temperature — 97 degrees! I slathered on some sunscreen and adjusted my hat, fearing Jim had oversold this place. I’d be spending the whole weekend exploring Boise, taking photos and shooting video clips to showcase the city, in hopes of luring a bride. I tried to think positive. 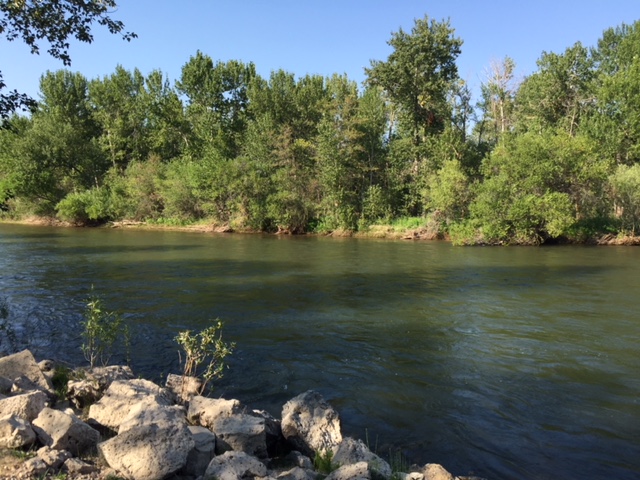 A river runs through it: The beautiful Boise River is clean. Just saying

I’d read about the small but “vibrant” city that started in 1834 when the Hudson’s Bay Company founded a trading post for wagon trains by the Snake River on the Oregon Trail. They called the spot “Les Bois,” which means “wooded” in French. Thousands of emigrants passed through on their way to Oregon. Gold was discovered in the area in 1862, bringing an influx of prospectors and settlers.

“My real estate agent told me that there are people moving to Boise everyday,” said Jim. “With an abundance of scenic mountains, lakes, rivers, outdoor attractions, crime well below the national average, and practically non-existent traffic, people really see what a great lifestyle we have here.”

READ: A TOWN YOU WEREN’T THINKING ABOUT CHAMBON-SUR-LIGNON

Our first stop was my Airbnb. I snagged a gorgeous 1904 historic two-story home with all the amenities, located on the north end, an exclusive neighborhood full of character, defined by its older homes and tree-lined streets, and just a 15-minute walk to the city center. I acknowledged the Buddha statue holding sacred space as we ascended the steps to the porch. The owner, Kate, greeted us and proceeded to give us a tour. I had my pick of three ornately decorated bedrooms and the bathroom down the hall had an antique claw foot bathtub.

After a quick bite at the Willow Creek Grill And Raw Sushi, we went for a walk on the Boise River greenbelt, which follows the river through the heart of the city, with spectacular views and plenty of wildlife. Ducks, geese and Bald Eagles are just some of the species you will see along the 25-mile paved pathway. Stand-up paddleboards and other watercraft are available to rent at the Boise Whitewater Park if you’re adventurous enough to get out on the river. 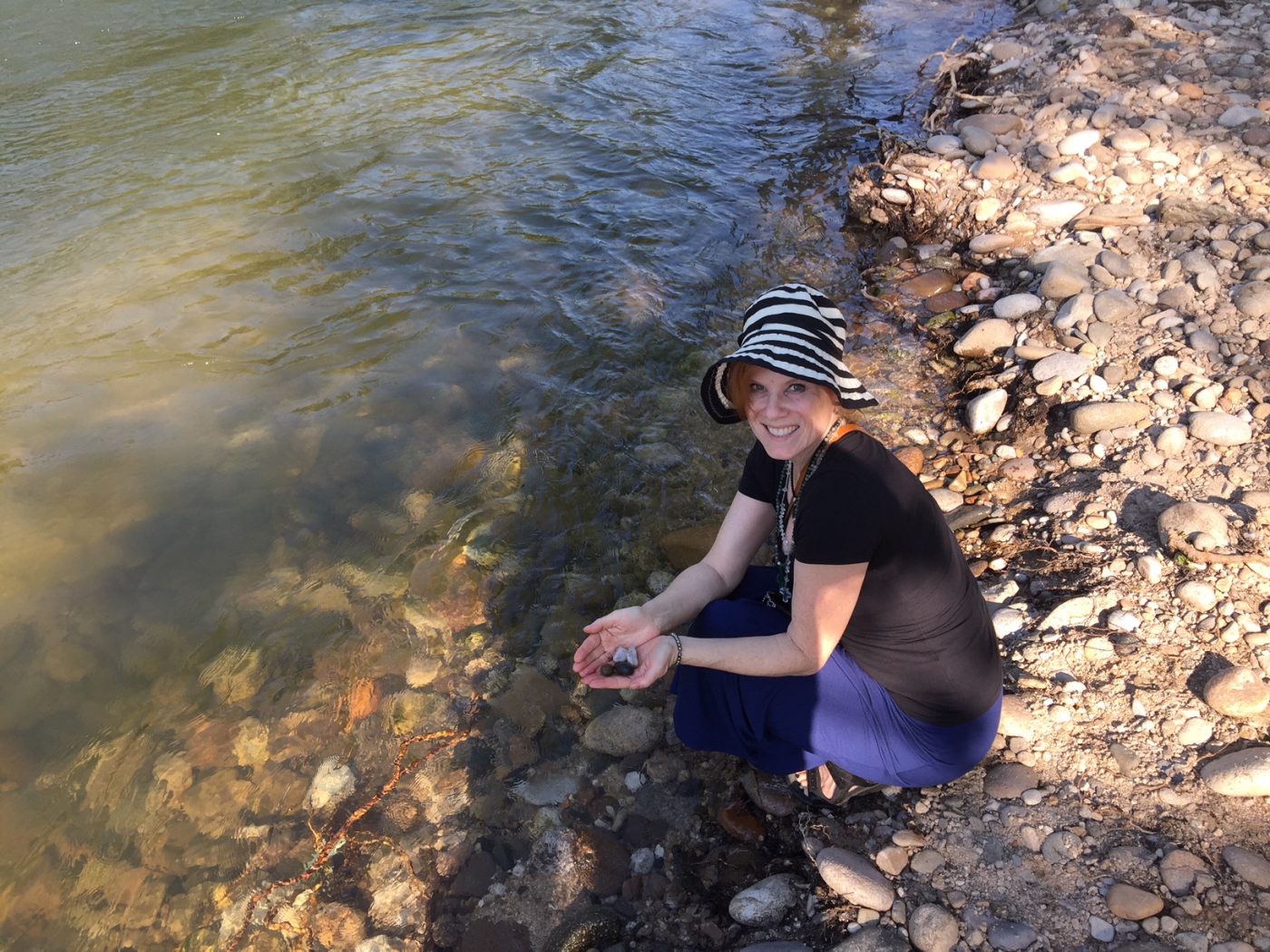 Our author has stones

We took a scenic drive to the outskirts of downtown, enjoying views of rolling hills and fields, the Boise river and the impressive new home developments that are popping up like crazy. Many people are purchasing homes in Boise as an investment and turning them into Airbnb’s. Whenever there’s a convention, or an extraordinary event like the recent total eclipse, there just aren’t enough hotel rooms so the people who rent out their places are making bank!

Before venturing downtown, we hiked up to Table Rock, located just south-east of downtown, which has a variety of trails that climb up to spectacular vistas overlooking the valley. It’s the absolute best place to watch the sunset. A 60-foot-tall illuminated cross welcomes you at the summit.

Downtown is charming and immaculate. The most striking thing about Boise, besides the incredibly light traffic and friendly people, is how clean it is. I didn’t see one piece of litter anywhere. The denizens take such pride in their city.

On Saturday night, as the evening unrolled, cafes, bars and restaurants filled up, mostly with young people (Boise is a college town). We popped into the Basque Museum and Cultural Center where there was a wedding reception going on. Built in 1864, it’s the oldest brick building in Boise and served as a Basque boarding house from 1910-1970 when the Basques emigrated from the northern Iberian Peninsula, now part of Spain. I was surprised to find out that the second largest community of Basque people outside of Spain resides in the Boise area and they proudly keep their heritage alive. The Basque Block is located downtown between Capitol Boulevard and 6th Street on Grove, and is comprised of two boarding houses, the Basque Market, the Basque Center, the Museum and Cultural Center, Bar Gernika, and Leku Ona (which means “good place”) restaurant. 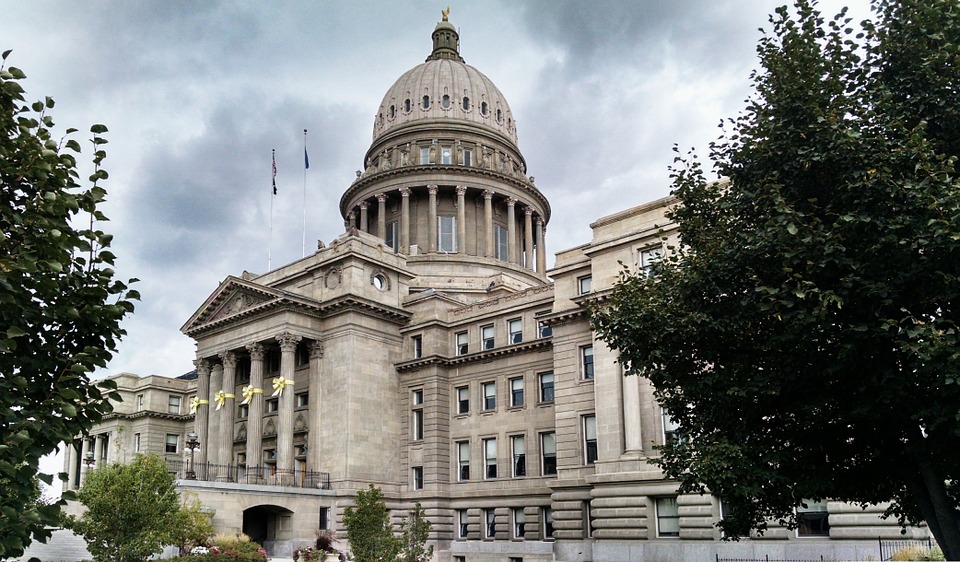 Sunday morning, we had breakfast at Boise’s most popular spot in the heart of downtown, Goldy’s, known for their fresh, made-to-order breakfasts using fresh local ingredients. There is always a wait. But they’ll text you when your table is ready, so you can take a walk or grab coffee at their place next door.

After breakfast, since Jim had to leave town on business, he dropped me off at the attraction I was most looking forward to visiting. I’m a paranormal junkie (paranerd is the term in my circles) so I was more than excited about taking a tour of the supposedly haunted Old Idaho Penitentiary, which opened its doors in 1872 to some of the West’s most dangerous criminals. There have been many accounts of paranormal activity on the prison grounds, from visitors and employees alike.

One of the prison’s most notorious inmates was Raymond Allen Snowden, also dubbed “Idaho’s Jack the Ripper.” It’s said Snowden’s spirit is still hanging out at the penitentiary and that he has been haunting the grounds since his execution on October 18, 1957. On December 3, 1973 the prison was finally shut down, following riots in 1971 and in 1973. 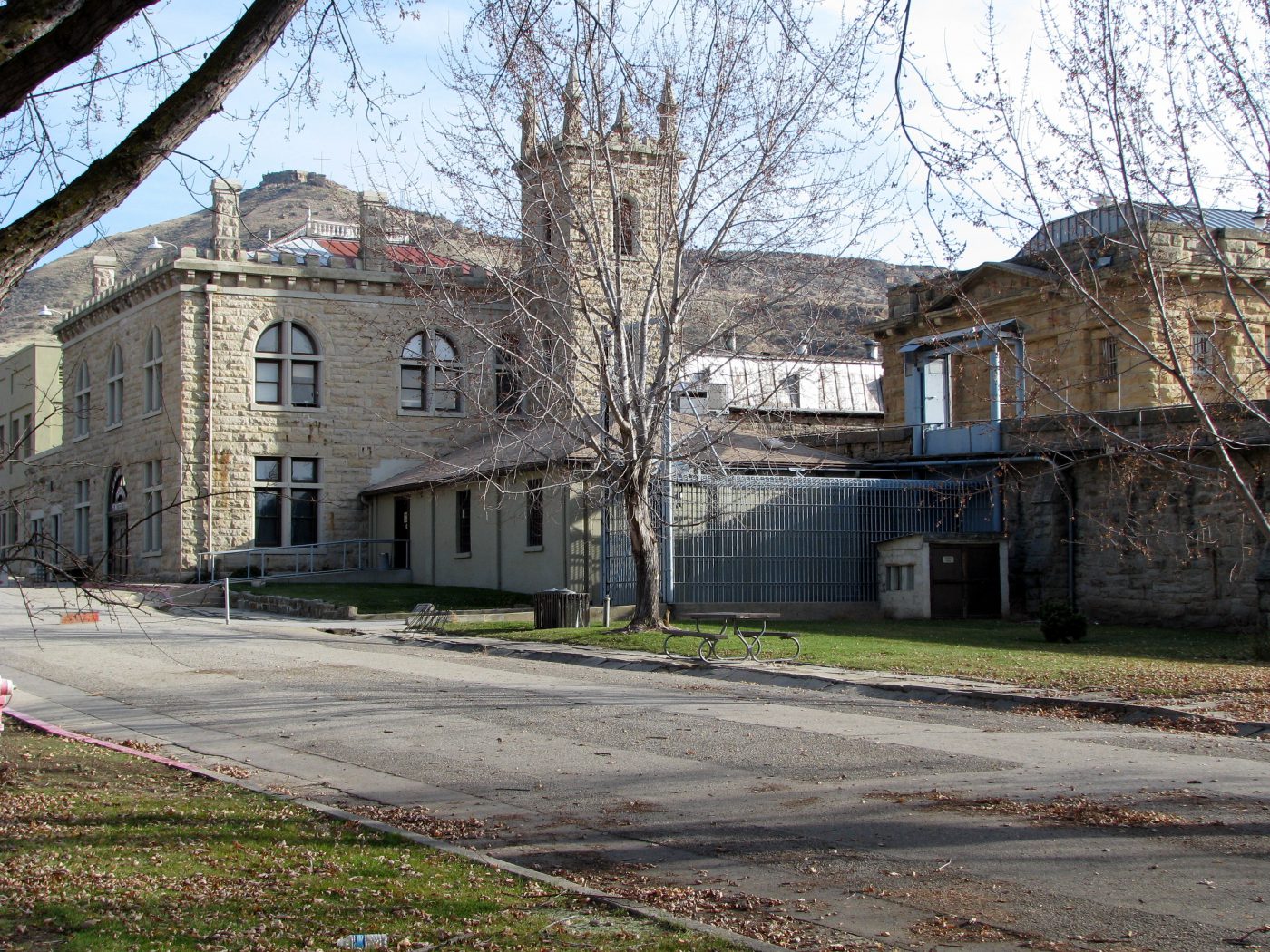 Our guide took us on a walking tour of the cellblocks, solitary confinement, the gallows and the beautiful grounds. The rose gardens were tended by the inmates and at one time said to be the most beautiful rose gardens in the world. 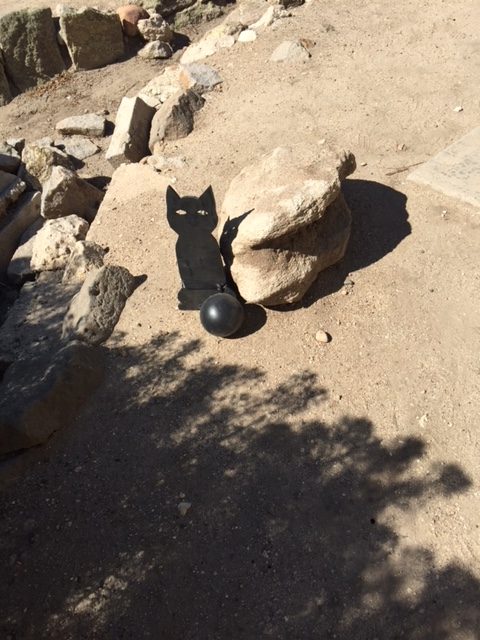 Top Cat. The Prison’s most famous inmate is buried onsite

I was intrigued by the story of Dennis the cat. An inmate found Dennis and smuggled him into the main yard. By all reports, inmates and the guards fell in love with Dennis and he was allowed to live at the prison wandering in and out of cellblocks, visiting the prisoners. When Dennis died in 1968, the warden granted the inmate’s request to hold a funeral service for Dennis and make a tombstone. He’s buried behind the old shirt factory building, and apparently Dennis’ ghost has been seen roaming the grounds. Unfortunately, I didn’t see any ghosts on the tour, but it was well worth the six dollars.

Jim surprised me with a ticket to see Michelle Branch perform at The Knitting Factory. Before the show, I stopped into Bardenay Restaurant and Distillery on The Basque Block for a bite. Whilst nibbling on hummus and green olives, I started a conversation with the middle-aged gentleman at the next table. He told me that he had just moved to Boise a few months prior from Santa Barbara, California, because the homeless situation had gotten so out of control that he no longer felt safe walking around in the evenings. “I’m really happy here,” he said, “I love the small town vibe and friendliness.” I started to wonder if Boise might be the right town for me and my hubby to consider.

I silently gave thanks for the air conditioning as I was escorted upstairs to my seat at The Knitting Factory. There was already a guy sitting at the small cocktail table. He gave me a crooked smile, “Hi, my name’s Matt. My friend bailed at the last minute.”

Matt and I ordered a beer, the lights went down and Michelle sang my favorite song…

If I just breathe,

Let it fill the space between

I’ll know everything is alright.

A PLACE YOU WEREN’T THINKING ABOUT PORT TOWNSEND, WASHINGTON

Port Townsend is a magical spot on Washington’s Olympic Peninsula

A Place You Weren’t Thinking About Milford, PA

Milford is the birthplace of the Modern Conservation movement, and a sophisticated oasis in rural Pennsylvania

A Place You Weren't Thinking About Marfa, Texas

Brush up on this tiny desert town in West Texas that’s becoming known for more than, well, its brush 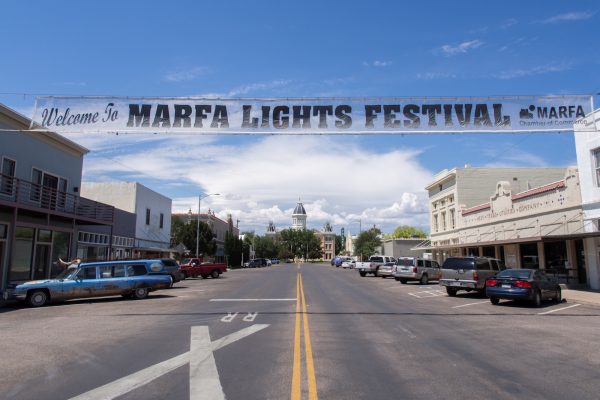