My chosen sacred spot is the quaint seaport of Port Townsend, Washington, or “PT” as the locals call it.

Its magical, hidden gems, beauty, and sacred spaces enlighten and delight me. For the past couple of years I’ve enjoyed the freedom to travel, a perk of being self-employed, and I’ve made frequent trips to Federal Way, my hometown in a suburb of Seattle, and explored the Pacific Northwest.

I love the two–hour scenic drive up the Olympic Peninsula from Federal Way. The majestic fir trees seem to go on forever, filling the car with quiet serenity and fresh pine-scented air. Splashes of yellow Scotch Broom line the sides of the highway. Skirting Discovery Bay, an inlet at the entrance to Puget Sound, I know I’m close.

Captain George Vancouver originally named the bay “Port Townshend” for his friend the Marquis of Townshend in 1792. PT is known for its spectacular historical landmarks and Victorian architecture. I arrive “uptown,” a residential district overlooking Port Townsend Bay, and admire the colorful and elaborate Victorian homes, including the Ann Starrett Mansion, built in 1889. My dear friend Robin moved to this neighborhood from Colorado. “Women come here to heal; men come here to escape,” she explained. Robin settled there to heal from the breakup of a tumultuous relationship. 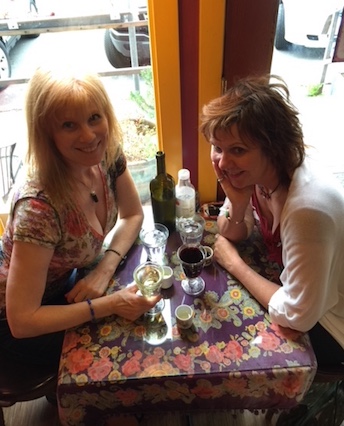 That first afternoon, Robin and I enjoy some window-shopping, checking out the wonderful boutiques and art galleries. We pass what has become my new favorite, The Writers’ Workshoppe and Imprint Bookstore, a fabulous resource for writers and an eclectic general bookstore. They carry over 5,000 carefully curated books, and they also sell fun writerly stuff too, such as tee-shirts that say things like, “I Make Stuff Up” and “Revise, You Know You Want To.” I would be remiss not to mention their famous Writers’ Block Chocolate and the Coffee made locally in Port Townsend—“items that have proven to open even the most blocked vein,” as described on their website.

Walking toward town again the next morning, Robin becomes tour guide, filling me in on a bit of history of Port Townsend in the 19th century when miners, sailors, and soldiers caroused in saloons and visited parlors of ill repute to blow off steam after a long sea voyage.

“If they didn’t keep their wits about them, they could be shanghaied,” said Robin.

“Yep, sea captains needed crews to do menial jobs on their ships, so they would have their men, called crimps, wait in saloons, slip “knock-out drops” into sailors’ drink or simply whack them unconscious, drop them through trap doors, and then haul them onto ships.” She added that the crimps were paid by the body, providing great incentive to capture as many men as possible.

Hoping to glimpse deer and the lovely azaleas in bloom, despite the grayness of the morning, we detour through Chief Chetzemoka Park, and Robin mentions that for thousands of years, the only residents of the area were American Indians. Port Townsend was founded in 1851, but, tragically, white settlers brought diseases that eventually wiped out 90% of the native population.

It starts to mist, so we cut our stroll short and hurry to PT’s most popular (and my favorite) breakfast spot: Better Living Through Coffee, located at 100 Tyler street, right on the water with a view of the rocky beach and a ferry landing. The best thing about the place is the rich, roasted organic fair-trade coffee that they drip right in front of you at the counter. Oh, that aroma…

Robin continues the history lesson, this time in a spirited direction. It turns out that Port Townsend is listed as one of the top ten most haunted cities in America with reported hauntings in bed-and-breakfasts and even its own mysterious vortex of energy. I could easily believe that. The whole peninsula feels like a magical time warp site. Robin describes a certain thirty-room mansion, now the Manresa Castle Hotel. Originally completed in 1892, it was the former home of the first mayor of Port Townsend, Charles Eisenbeis, and his wife Kate.

“Some locals still call it the Eisenbeis Castle,” Robin says, though it’s seen several makeovers. In 1925 an attorney purchased it as a vacation home for nuns. Jesuits bought it in 1927 and turned it into a training college, renaming it Manresa Hall. In 1968 the Jesuits left, and it became a hotel—with a couple of permanent spirits apparently hanging back.

Intrigued, I decide to splurge and rent us a room at Manresa for the next night. “It’ll be like a slumber party with ghostly guests,” I suggest.

The structure’s main tower and turret front the three-story hotel. Its exterior walls have been smoothed over, and windows feature rounded arches on top. At night, the lighting makes the cream-colored castle even more elegant. A cute twenty-something gal with purple fingernails greets us at the reception desk the next evening.

The clerk informed us that yes, those rooms are empty, but they’re quite a bit pricier than the one we had booked, so if we wanted to pay the difference, that would be fine.

Since it is not fine with me, I attempt to bargain. “Well, it’s already 8:00 PM, and since those rooms are just sitting there empty…you could… maybe… let us have one for the same price?” I slide a twenty towards her.

“I’m sorry, but I would get in trouble if I did that.” Her smile is a bit uneasy as she slides the bill back in my direction. What’s wrong with kids these days, when you can’t even bribe them! 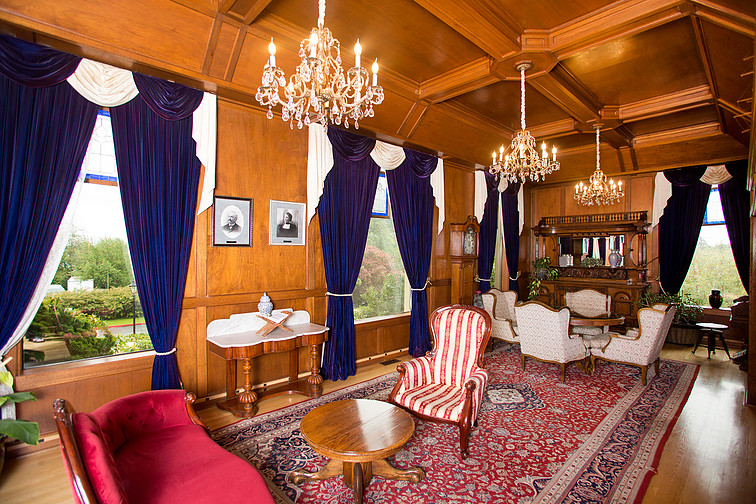 A communal room at the Manresa, where apparently ghosts cost extra

Are some kinds of devices used to encourage reports of the supernatural? We discover that our designated bathroom is down the hall, but at least it’s for our room only, and it’s spotless.

Robin plops herself down on one of the queen-sized beds and thumbs through a pamphlet. “Okay, listen to this. One of the ghosts reported here at Manresa is a monk who hung himself in the attic. The other ghost is a young lady who had been waiting for her beloved to return from war. After hearing of his demise, she threw herself out the window.”

We both watch with eyes wide as quarters as the previously closed door to our room slowly opens. BY ITSELF! Neither Robin nor I see or hear anyone around, but, admittedly, we’re both a little too spooked to dash over and inspect.

Encouraged, though, I grab my i-Phone and click it onto camera mode. We wander through the hotel, exploring the staircases, long hallways, the library with its elegantly draped windows and rich wood paneled walls, and the restaurant located downstairs that is closed, but unlocked. I snap dozens of photos hoping to capture some orbs or ghostly mist, but unfortunately, neither appears. Back in the room and in our pajamas, we sip wine by candlelight, tell ghost stories, and scare ourselves silly — which, for some odd reason, is thrilling fun.

Whether you want to heal, escape, relax, discover the history and beauty of a primeval forest along the coast of the Pacific Northwest, or even delve into the paranormal, Port Townsend — and a few ghosts — are waiting…

A Place You Weren't Thinking About Boise, Idaho 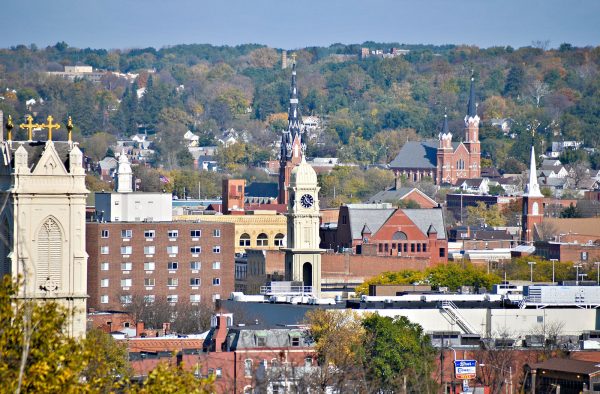