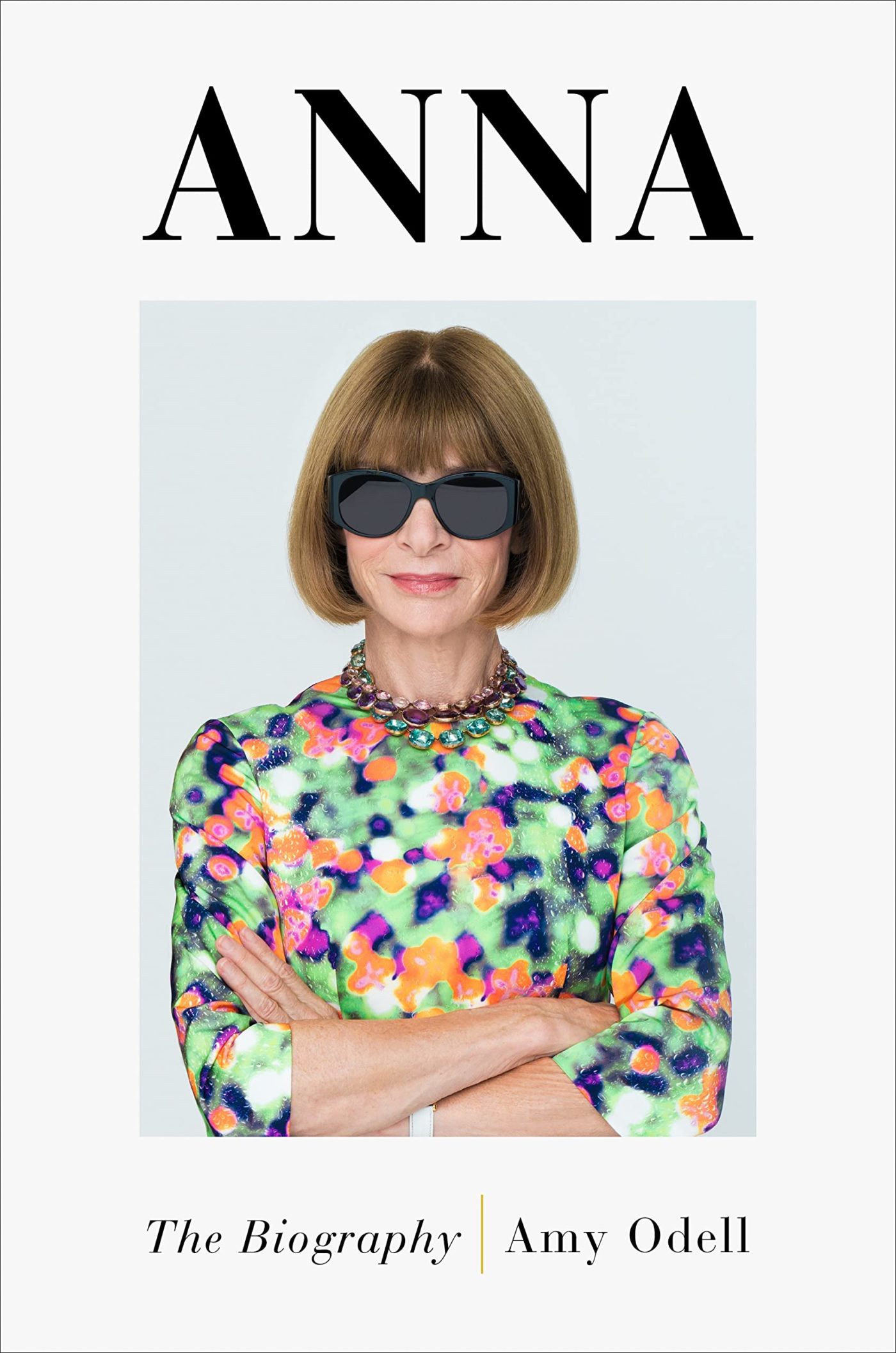 ANNA: The Biography by Amy Odell

That Anna Wintour is a mystery is somewhat of a mystery in itself. For over thirty-four years the British editor of American Vogue has been the Sphinx of the fashion world. Or so it appears. In this new study entitled Anna: The Biography, both her M.O. as well as Conde Nast office power politics are scrutinized in scrimshawing detail. Who this woman is on the inside, underneath bespoke Chanel suits and her famous prescription sunglasses worn day and night, is not much explained. But if you peer between the broad brushstrokes, it becomes clear: Wintour is laser-sharp-devoted to Vogue and her career (interchangeable at this point), her family – and is a doting grandmother, her love of playing tennis, and staying slim so as to better wear the world’s most beautiful clothes.

Anna’s much publicized frosty office demeanor – for shorthand: don’t complain, don’t explain, and skip the small talk – is non-endearing to co-workers, and inadvertently explained when multiple references in the book are made to Wintour’s father – Charles Wintour, editor of the London Evening Standard, who, you guessed it, had an equally frosty office demeanor. To quote, “Her famous persona and editorial instincts were very much a product of being Charles Wintour’s daughter…”

Some omissions in the book weigh heavily. One example, Wintour’s trademark antique necklaces are dismissed as chunky glass necklaces. Huh? Clearly the author is uninformed about one of Wintour’s uniform staples – the antique rivière. Anyone familiar with antique jewelry will know that Georgian rivière necklace (and for that matter, Giardinetti rings, which she doesn’t wear), are the holy grail for collectors. Cursory keyboard strokes confirm that some of Wintour’s oft worn necklaces are from the famous U.K. jeweler S.J. Phillips Ltd., and cost a chunky amount of cash indeed. Like the aforementioned necklace, another example of omission is Wintour’s personal life. Readers are told not much more than she became “bored” with her husband Dr. David Shaffer, and proceeded to have an extramarital affair with Shelby Bryan. She then divorced Dr. Shaffer, married Bryan, and presumably got bored again as she divorced him too. It would be nice for a biography to provide more.

As far as fashion magazine froth or Wintour’s diurnal habits, we know she drinks Staruck’s coffee, is “loyal” to Swiss milk chocolate, doesn’t drink alcohol, picks at her food, and seems to favor a high protein diet of steak and salads, hold the dressing. Only a mere wisp of a phrase is devoted to her face lift – in that one day she came to the office with tell-tale yellow bruises. Again, a few keyboard strokes by an inquisitive reader will reveal the renowned Manhattan surgeon she is reported to have seen. In terms of specificity, in many places one holds a metaphorical red pen to the margins of the book and scribbles: more details, please.

One of the most intriguing sections turns out to be a peek behind the Wizard of Oz-ish screen that comprises preparations for the MET gala. Here the author’s reportage shines. Prior to Wintour’s tenure, the gala was a socialite attended event and rested solely on donations, since the MET costume Institute, we’re told, isn’t funded by the museum, but the kindness of friends. The actor-as-celebrity who replaced the socialite is Wintour’s doing, and no matter the cost: the museum spent more than $100,000 on a private jet to bring celebrities like Beyonce and Jay-Z to the event. Sarah Jessica Parker, Amal Clooney and others have specially constructed makeup and changing green rooms built throughout the museum just for that evening. It seems Wintour is a grudge holder, and we learn that a famous fashion designer who once publicly maligned her would never get invited to the gala at any cost – no matter the million(s) donated as price of admission.

Wintour has clearly mastered the divide between a public and private persona. If one were invited to her thirty-person dinner parties in the Hamptons, one could witness, according to friends, that she’s a warm and witty person who laughs and frolics, but we won’t find that Anna in this book. If there were a nickname for Anna Wintour, one might suggest A-Win, to reflect a winner who made it to the top through discipline, determination and drive. It’s apparent Wintour likes it there and has no plans to give up her throne any time soon. More than anything Anna: the Biography, leaves you wanting more. So props to A.Win, who holds fast against the boring tsunami tide of tell-all and show-all – and continues to reign as international woman of mystery. 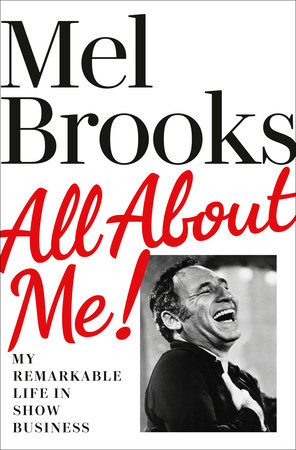 ALL ABOUT ME! My Remarkable Life in Show Business By Mel Brooks

Mel Brooks was one of the first and is one of the last remaining comic geniuses. And over his 96 years on this planet (he was born June 28, 1926), nearly every single one was spent entertaining.

Brooks, whose real name is Melvin Kaminsky, continues to entertain us in his memoir. He tells the tales of telling jokes on a street corner in Brooklyn, to fighting in World War II, to performing in the Borscht Belt, to working with Sid Caesar on Your Show of Shows, to being the everything behind a string of notable and quotable films – The Producers, Blazing Saddles, Young Frankenstein, High Anxiety, History of the World: Part 1, Spaceballs – that smartly spoofed their respective genres, to dominating Broadway with The Producers, to producing such films as The Elephant Man.

All this talent led to Brooks becoming an EGOT (Emmy, Grammy, Oscar, Tony) winner – only 17 people have accomplished this as of 2022.

And let’s not forget he was married to the lovely Anne Bancroft. Despite not allocating many pages to his life with “Mrs. Robinson,” Brooks opens up about how she was his cucumber – always keeping it cool when he needed her most. Bancroft was the great woman behind a great man, and Mel Brooks was the funny man behind making us laugh for decades. 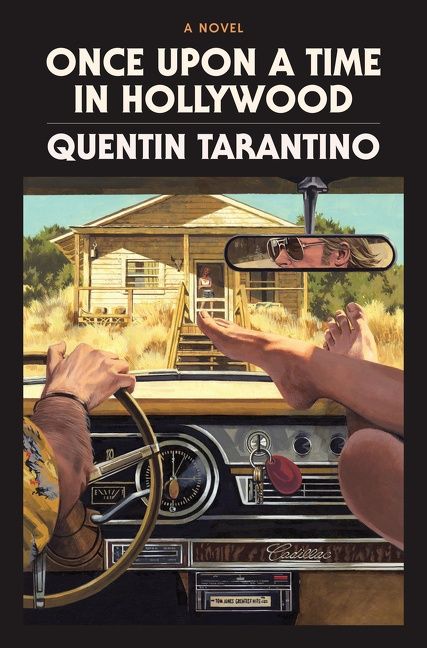 ONCE UPON A TIME IN HOLLYWOOD By Quentin Tarantino

Three years after watching Quentin Tarantino’s ninth film, the slightly under three-hour homage to “the way it once was” in Tinseltown, in the theaters, I read his accompanying novel, which came out two years later. And let me tell you: that Tarantino fella is one heckuva novelist.

For the most part, the book follows the movie: a washed-up actor and his stunt double try to stay afloat in Hollywood in 1969, juxtaposed against the real-life murder of a pregnant Sharon Tate by the Manson family. (The whole story takes place over the course of just a few days in August.)

Rick Dalton, the faded actor, happens to live next door to Tate and their storylines intertwine, thanks in large part to stuntman – and war hero – Cliff Booth (Brad Pitt’s portrayal in the movie – which won him an Oscar for Best Supporting Actor. The movie was also nominated for Best Film, Director and Original Screenplay – makes Cliff one of the coolest characters of all-time. Take that Steve McQueen, who’s included in this yarn, too). There is one major difference, and I’m only telling you this so you don’t get your hopes up. (Or skip the next sentence.) If you’ve seen the movie and are curious how Tarantino will write that one “holy shit!” scene, it gets barely mentioned. But that’s OK. Tarantino expands on Dalton and Booth’s mercurial stories and how the movie business was during that time as well as Charles Manson’s quest to become a musician.

Tarantino, who credits such “old timers” as Burt Reynolds, Bruce Dern, Robert Blake and David Carradine, among others, for bestowing upon him their “tremendous stories about Hollywood in this period,” writes from a place of genuine love for movie making. Sure, you can stream the film for three bucks on Amazon Prime, but the cover price of this novel is so well worth it. The book still enchantingly and visually takes you back to a time that we will never see again. Nobody, except Tarantino, can script it any better.