CADDYSHACK: The Making of a Hollywood Cinderella Story By Chris Nashawaty

I love the movie Caddyshack! And admired the film’s philosophy and teachings: I be the ball. I know the difference between a Danish and a doughnut. And I’ve even been to a bull fight, although I wasn’t on acid. Sorry Lacey….

Despite memorizing nearly every single line, I always thought I knew everything about the movie. It was no secret the set was a snowstorm of cocaine and so much of Caddyshack was improvised (practically every line Bill Murray uttered). But, in addition to learning the initial script was focused on Danny, Maggie and D’Annunzio’s love triangle (and thankfully pivoted to what we see today) I was most fascinated to learn how Caddyshack came to be. It all goes back to Doug Kenney, the comic genius.

Chris Nashawaty colorfully paints the nearly 15-year trajectory: Doug attends Harvard → launches National Lampoon in the mid-1960s → National Lampoon turns into a monolith for stage performances attracting Second City folks like John Belushi → Saturday Night Live premieres in 1975 starring Belushi and Chevy Chase (and eventually Bill Murray) → Belushi stars in Animal House in 1980; it was written by Doug Kenney and Harold Ramis; Kenney also played the “brain dead” Stork) → Brian Doyle-Murray and brother Bill have an idea to make a movie about their time as caddies at an Illinois golf course → Caddyshack gets made with Ramis directing his first-ever film; Chevy Chase and Bill Murray – who once came to blows backstage when Chase returned to host SNL in 1978 – star; Doug Kenney produces.

Caddyshack was released on July 25, 1980; Doug Kenney, now a full-blown drug addict, died a month later in Hawaii. His much-panned movie went on to become one of the greatest comedy films of all time Thank you, Doug. I’m man enough to say, “I was born to love you…” 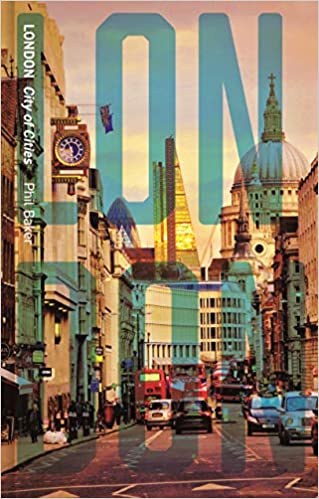 I grew up in London, so when I read this book it was with the trepidation that it would suck and fail to capture the density of roots and history this often battered, overloaded, strained and head-shakingly resilient city has. Wonderfully I was wrong! I would simply not have recommended it if I didn’t find it fascinating and you would never, from me anyway, have heard about it. But I loved it! It was a comforting refresher of the London I remember — a vastly different one from the city it is today, a central and essential European city until Brexit, and, oddly, to me at least, a playground.

I grew up in the London you only really see glimpses of in black and white movies. There were a few tall-ish buildings, not really anything you’d enthuse over as a skyscraper. The Post Office Tower was considered a marvel because it pierced the sky. Most of London was still ancient, a vast portion of the population still lived and worked in buildings at least a couple of hundred years old, and the city was dotted with churches and temples and remnants of past occupiers going back to the Romans. For this is one of the oldest continually inhabited cities in the world, and was multicultural, in more ways than one, since the Romans first got here over two thousand years ago, before Christ was born. They built the structured city, starting around 55 AD, that it grew from.

This book captures the history fantastically, engagingly, and wonkily, taking us through modern times (the Swinging Sixties, Punk — yes, Punk!) through to the Millennium Wheel-symbolized, way too expensive, probably way too glossy and prissy capital it has become. It’s a history book, FYI, not a guidebook, thank God. Because the greatest aspects of London you cannot visit or even mostly see, you can only hear the stories. And that’s fine, because this book has so many of them. 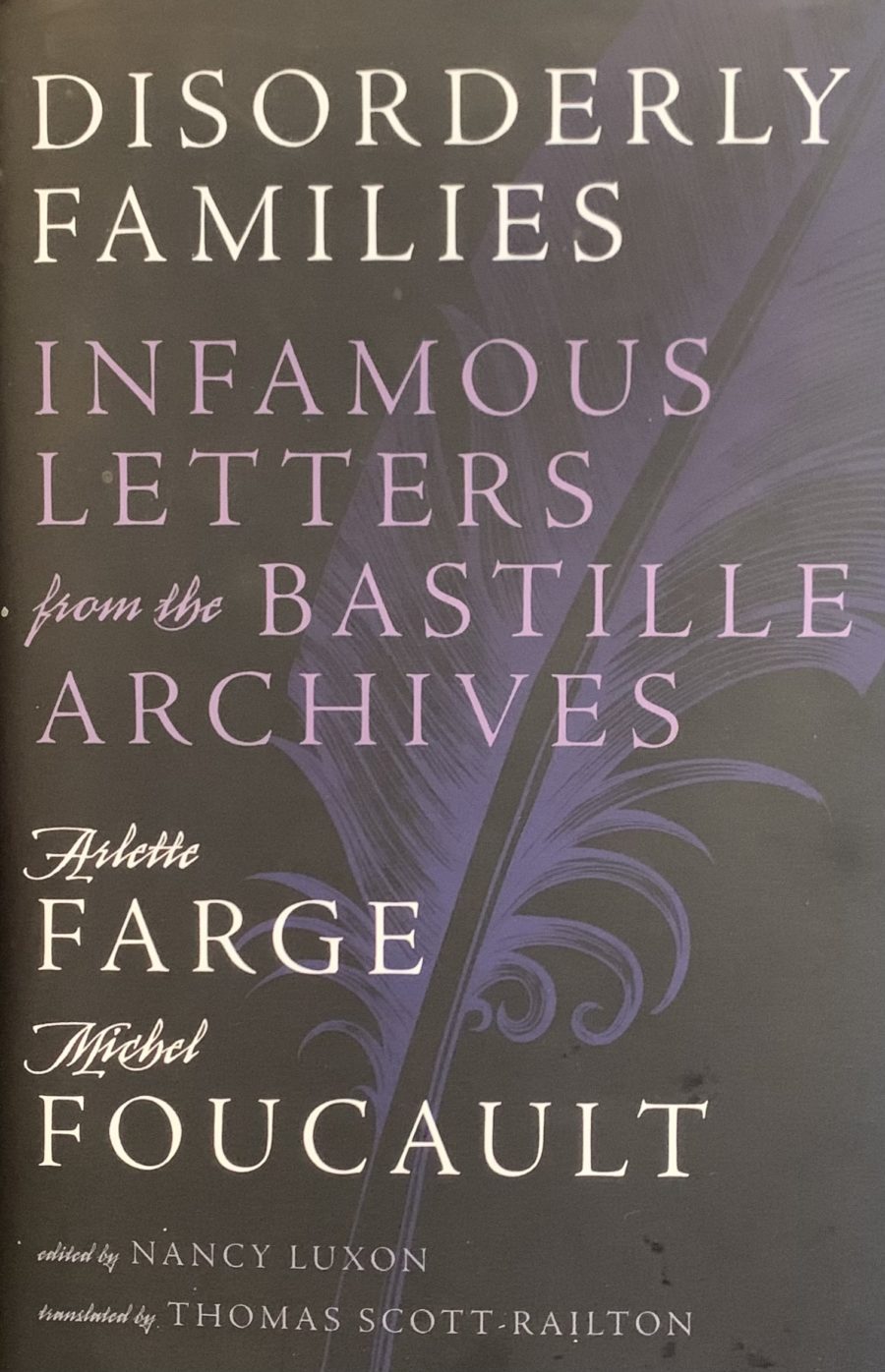 “All happy families resemble one another, but each unhappy family is unhappy in its own way,” Tolstoy famously wrote at the opening of Anna Karenina. But, surprise surprise! because it turns out unhappy families are also very much alike.

Presented in this collection are 94 letters written by ordinary French citizens between 1728 – 1758 and addressed to the king to request imprisonment for ornery relations. The names and details change but the letters resemble each other in their scandals — the hurts, disappointments, betrayals, and disdain for family members. Miraculously preserved in Paris’ National Archives are thousands of letters of “arrest” called (and rather romantically sounding) letters de cachet or hidden letters. The king alone could grant imprisonment without a trial, for a few days or even years, though the prisoners’ upkeep was paid by the family — and made all the difference between having personal servants or rats as prison mates.

It’s a disheartening game of musical chairs with family members renouncing and denouncing one another (or changing their minds and retracting the imprisonment request) for crimes and misdemeanors, many of which these days wouldn’t amount to incarceration…. libertinism — meaning adultery and sexual permissiveness, squandering a dowry, drunkenness, and the like. Foucault and Farge combed through the archives for this testimony to human frailty. The two main sections are entitled “marital discord” and “parents and children.” Plus ça change…. 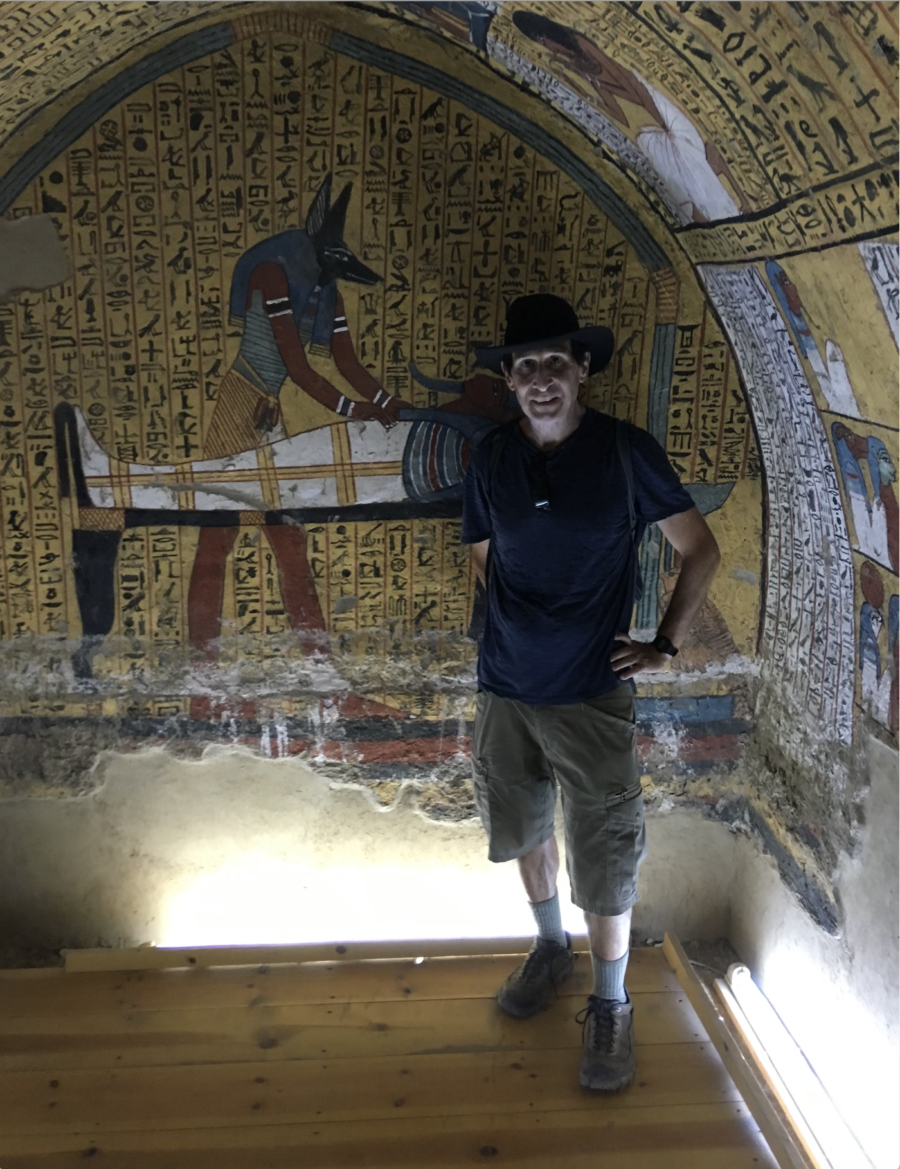 I sleep on the floor, so I have no nightstand. I am reading “Journal of the Plague Year” by Defoe for obvious reasons.

Favorite vacation city and why?

I love Tiblisi [Georgia} – the cafes are evocative of the times cafes were intellectual centers, the food is heavy and un-inflected with irony, and the Funicular Restaurant overlooking the city is magical on a clear summer’s night.

What’s so special about Brooklyn?

Its a place of incredible contrasts – the most global and most parochial city on the planet.

Restaurant you frequent most?