Once you arrive, you never want to leave. Corsica is a majestic island with no rhyme or reason, a land where most of your conventional thoughts hold no value. When you arrive in Corsica you spend much of your day trying to figure out why you’ve never been before, its beauty is striking and it’s individuality invigorating.

Then you realize why, because you thought a place like this didn’t exist.

Being in Corsica feels like a time warp equivalent of a Mediterranean Wild West, a place of folklores, a place still pure. As the birthplace of Napoleon Bonaparte and a catalyst for what some call The Rolling Stones finest album, Exile on Main St, Corsica has always been tied to history.  It’s not your fault you haven’t noticed Corsica before; the Corse had wanted it that way. Much like their amazing wines. 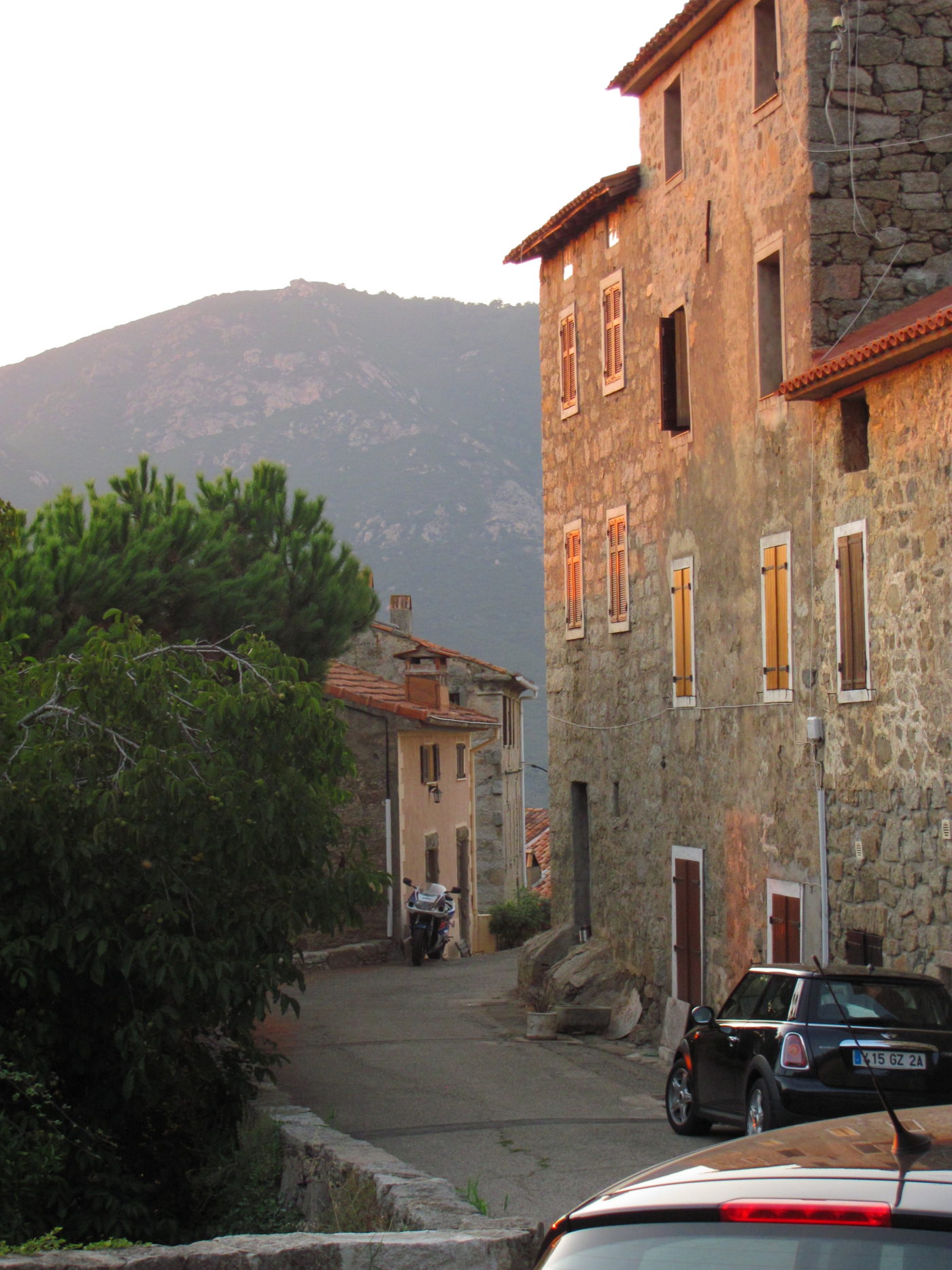 In early 1971 the Rolling Stones fled Britain having spent the money they owed in taxes before the government could seize their assets. Guitarist Keith Richards retreated to the now infamous Villa Nellcôte, in the South of France, whose basement became the recording studio for Exile on Main St. It was said that in hindsight, Villa Nellcôte was too close to Corsica for Keith’s good. In due time, Keith developed relations with the famed Corsican Mob, Brise de Mar who were dealers of heroin. This relationship became strong and resulted in Keith employing dozens of their workers who were nicknamed the “corsican cowboys” or “‘les cowboys’”.

The Corsican Mob had boundless influence during the 70’s and their nationalistic views fought to keep Corsica unchanged by international dilution. Decades of protectionism have resulted in Corsica being one of the hidden travel destinations and wine regions of the World.

Even today Corsicans have strong nationalistic views.  When you ask someone from Corsica if they are Italian (Sardinia is just 7 miles to the south) or French (Corsica is a province of France) their answer is neither. They respond with “je suis Corse”. Have you ever stumbled upon a rainbow that has the most beautiful color, so clear, so pure, that you don’t want to turn your back on it, because if you turn back around it might be gone? This is Corsica — magical shorelines and crystal clear seas just a few miles from snow capped mountains.  Only recently, within the last 20 years, have the Corse really opened their arms to people from outside the island. The exportation and importation of wines has also been controlled by these same nationalist groups and sentiments, until finally their grip loosened. 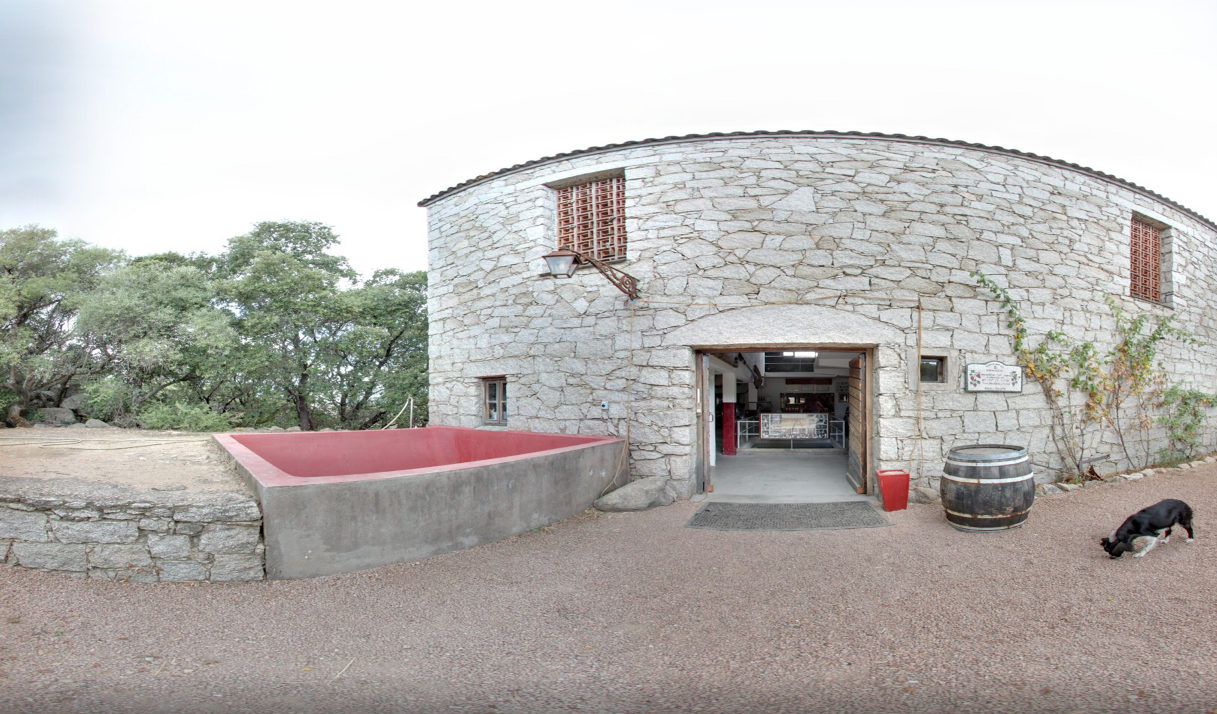 Around 15 years ago, Corsican wines were unknown and unseen but are now considered to be a hidden jewel of the wine world. The introduction of modern winemaking techniques and a new younger generation of winemakers have raised the standards and consistency of Corsican wines. Native grape varieties have not been compromised, in true Corsican fashion. By passing on planting popular grapes such as Malbec and Sauvignon Blanc and sticking with Corsican grapes such as Vermentinu, Biancu Gentile for whites, and Sciaccarellu, Niellucciu for reds, Corsican wine is being made the true Corsican way.

In 1962 Roger Courrèges, created Domaine de Vaccelli, located about 30 km from Corsica’s capital city of Ajaccio. He was 28 at the time. In 1974, Roger’s son Alain replanted the vineyard with native Corsican grape varieties, primarily Sciaccerellu and Vermentinu. Alain’s approach to winemaking brought him great acknowledgement from his peers. Without compromising the ethnicity of native Corsican grapes Alan has been able to craft remarkable wines with great class and purity. Ajaccio “Cuvée Roger Courrèges” Domaine de Vaccelli 2009 is rich with deep stewed dark berry fruit, soft tannins and a long, slightly spicy finish. 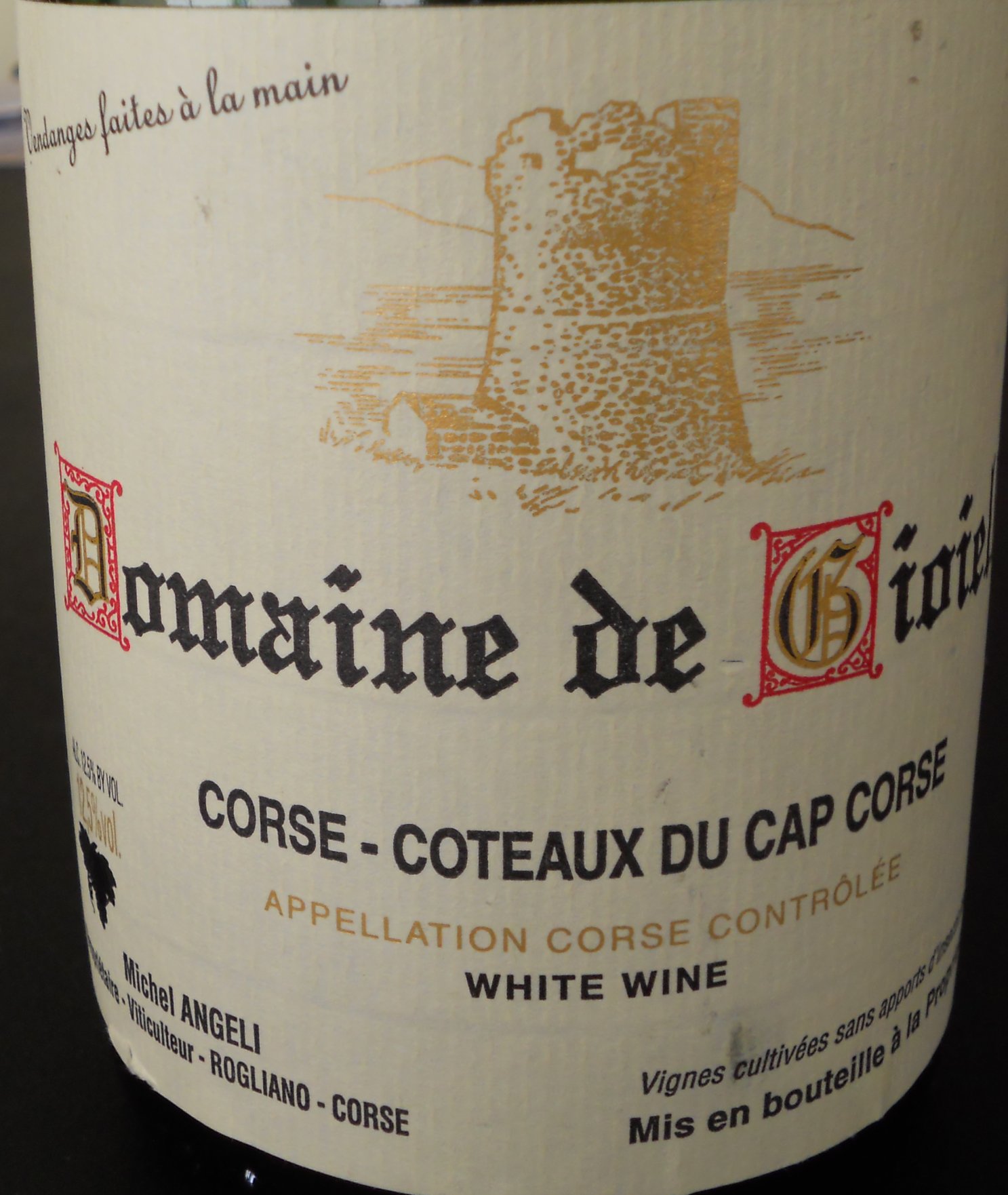 Corsica enjoys over 220 days of sunshine annually with average high temperatures in the summer grape ripening months of about 80 degrees Fahrenheit. In comparison, Napa Valley enjoys almost 260 days and Avignon in France, the region of Chateauneuf du Pape, about 300. Although not as rich and full-bodied as Chateauneuf du Pape or Napa Valley Cabernet Sauvignon, Corsican reds are similar in their richness and expressive fruit qualities.

In the mid 1970’s, Antoine Arena came home. Antoine was fueled by the Corsican independence movement which at the time had exploded with violence between Corsican Nationalists and the French government. In shock and anger, he was derailed from his law career in mainland France and moved back to the family farm in Patrimonio. Holding true to ancient biodynamic farming practices from the beginning, Antoinie and his wife have made honest, terrior driven wine for decades.

Antoine’s wines are undeniably Corsican, the whites holding a glossy textural element due to the climate, which is countered by bright acidity creating great balance. Reds hold great structure with dried fig notes and tannin when young, but with proper aging can become well integrated and perfectly paired with grilled meats resembling the great wines of the Rhône Valley. Antoine is regarded as one of the pioneers for the Corsican wine movement and like all great leaders he provided opportunity and hope to those who chose to follow in his footsteps.

Nicolas Bindi, a Northern Corsican native, returned to Corsica in 2007 after studying law in Paris at the Sorbonne. Nicolas began interning with Antoine Arena. Soon after his internship started, Nicolas was seen as an up and coming star by the legendary Arena and was hired as his vineyard manager. He still holds this position today while making wine under his own label, bottled with his name from a miniscule five hectares of vines. No matter how you arrive in Corsica the reality is you will never want to leave, the beauty of the food, culture and wine are all hidden treasures wanting to be discovered.

Exile on Main St was greeted with mixed reviews upon release, but it has become generally regarded as the Stones’ finest album. Part of the reason the record was initially greeted with hesitant reviews was that the album possessed a dynamic blend of American sound and London grit. The same can be said for an unaltered wine land, growing native grapes varieties while blending tradition and modernity. Corsican wines are blossoming leaders in the wine world, and they provide hope that change is possible without ruining tradition. 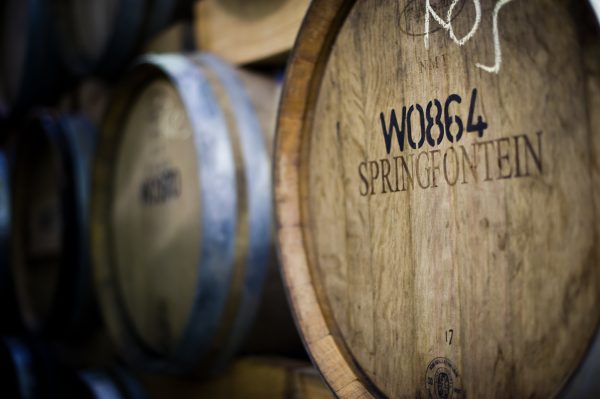