As far as Mexico’s ambassadors go, there is none more iconic than Frida Kahlo. For decades she has told the story of her people, her country and her hauntingly tortured life through her paintings. Even after death, her memory and her view on the world, love and Mexico continue to live on through her remarkable works of art. 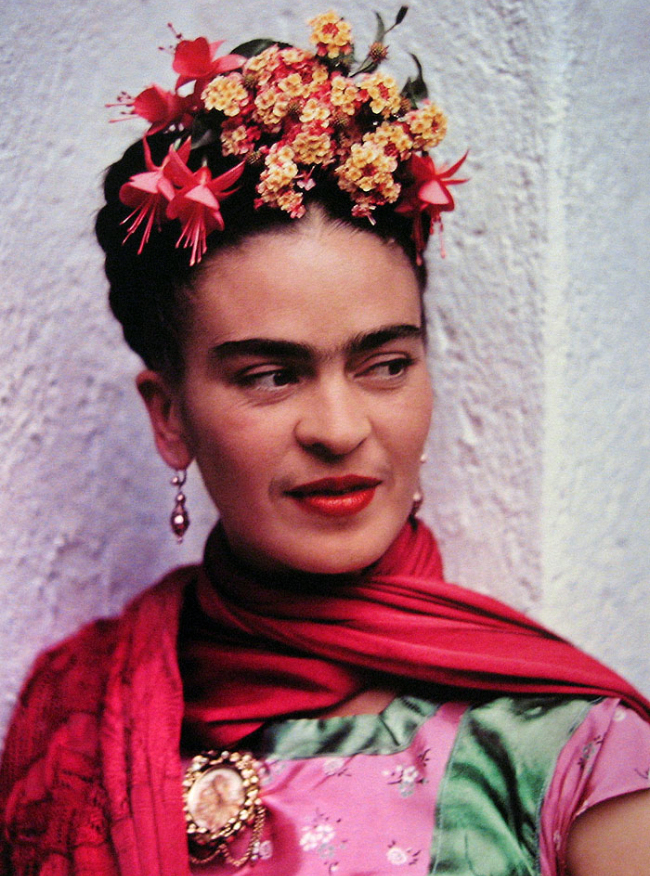 Kahlo was born in Mexico City in 1907, crippled by polio and then seriously injured in a tram accident at 18 years old. She married iconic Mexican muralist Diego Rivera, and the two engaged in a tortured love affair for the rest of their lives. Her physical and emotional pain are best told through her paintings, and her endurance was a symbol of Mexico itself, making her the country’s ultimate heroine.

Once again the world has turned their attention to Mexico’s native daughter: an exhibit in London, one at MALBA in Buenos Aires, and a children’s book, which tells her story to the next generation of art fans.

To Frida, there was no place more inspiring to her than her native Mexico City. One of the most eclectic capitals of the world, Mexico City is a perfect fusion of Mexico’s past, where indigenous history melds cohesively with Spanish influence and design. Today it is a mélange of international flavors, rooted in what is traditionally Mexican.

Frida Kahlo was inspired by, and inspiring to, Mexico as a whole, but most specifically Mexico City.

The start to any Frida Kahlo journey in Mexico City must begin at Casa Azul (the “Blue House”). The cobalt-colored house sits on a quiet, residential street in Frida’s Coyoacan neighborhood — the community that forever sat in her heart as home.

Today her former home-meets-studio is one of the most beloved museums in Mexico, brimming with folk art and memorabilia from Frida’s life and work, including her dresses and even her prosthetic leg. This is also the home that she shared on-again, off-again with Diego Rivera, and where she died.

A couple of blocks from Casa Azul is Coyoacan Market, where Frida Kahlo used to visit on a weekly basis for its abundance of fresh produce, dried chili peppers and handicrafts. The market stands on the site of the original, but the current structure was built in the 1950s. The alleys of the market are lined with spices, chocolate, meats and produce, as well as brightly colored crafts, art and clothing.

But the primary reason to visit the market is to absorb the local flavor — both figuratively and literally. In the center of the market is Tostadas Coyoacan, which serves fresh tostadas heaped high with shrimp, crab, spicy pork and chicken. Nearby at El Charro, the carnitas are certainly worth taking a long lunch break. 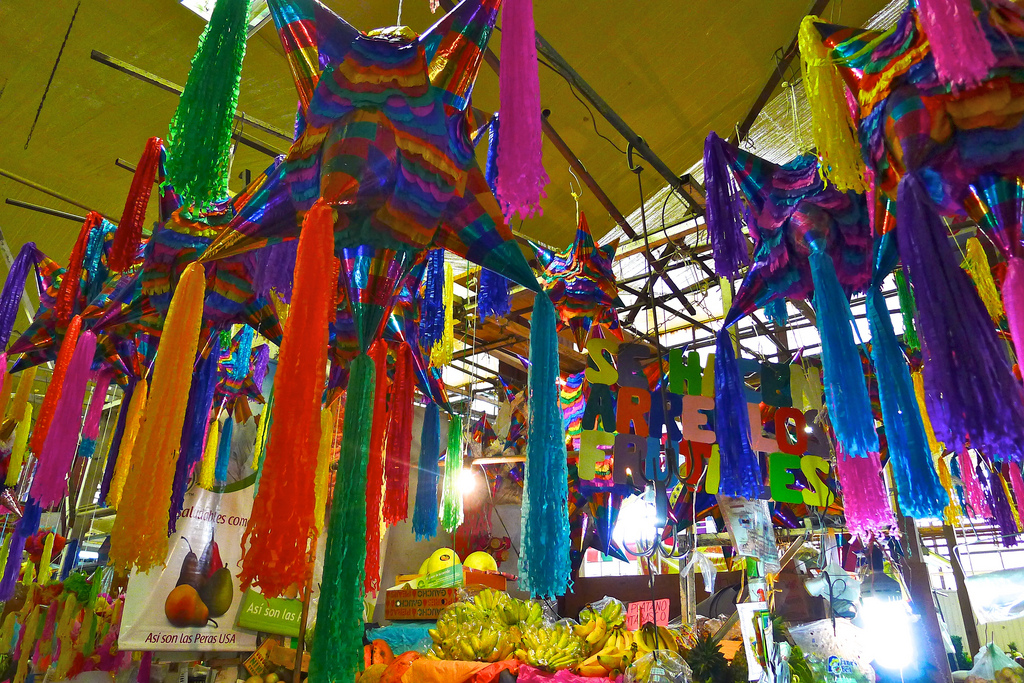 At the center of Coyoacan sits the Garden del Centenario, the central plaza in which is the landmark fountain with its iconic coyote figures, for which Coyoacan was named.

To the east of the plaza is the baroque church, Parroquia de San Juan Bautista, which Frida attended as a young girl. The church is one of the oldest in this part of the country, built at the end of the 16th century. The altar, dating to the 17th century, is still in use.

This college-turned-museum is where Frida studied and also encountered Diego Rivera for the first time, painting his first-ever mural, La Creacion. Built in the 1500s, it was a Jesuit convent before becoming a prep school. Today it pays tribute to Mexico’s great artists. Strangely, there are no works by Kahlo on display, but it is nonetheless an important glimpse into her childhood and roots.

During Frida’s lifetime, Mexico City was a haven for intellectual and political refugees, among them Leon Trotsky, the Russian communist. He sought asylum in Mexico City, lived in Coyoacan, and kept the company of similar revolutionaries like Diego Rivera and Kahlo. Trotsky’s home was an important meeting point for these discussions, and Frida was greatly involved.

Sadly, Trotsky was tracked down by his Russian enemies and he was brutally murdered in his home with an ice pick. The house remains intact, just as Trotsky left it before he died, and is preserved as a museum. The hole in the wall where the ice pick struck is still preserved, covered by a sheet of protective glass. In case you were wondering.