Every February 2nd, we observe easily the oddest of all North American holidays, Groundhog Day. For the past 130 years, this hallowed hour of seasonal revelation has been treasured by Canadians and Americans alike, except for Bill Murray.

On the second day of the second month, a marmot named Phil, the high prophet of a species National Geographic calls “giant ground squirrels,” either ends or extends the winter using only the courage he summons to face the darkest of fears — his own shadow. But Punxsutawney exists the other 364 days of the year too, you know, although it’s economy is pretty much wrapped around Phil. 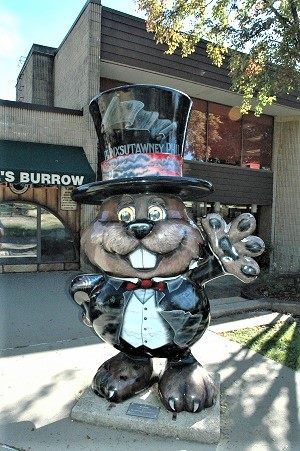 One of the 32 “Phantastic Phils” of Punxsutawney, a series of plump, six-foot-tall statues of the World’s Most Famous Weatherman. They’re part of an outdoor public art project of the Punxsutawney Area Chamber of Commerce.

Great show! Party’s over? Hardly. Though the town’s live-in population has been steadily decreasing over the past two decades, the Pennsylvania state government reports that more than 20,000 fans make the Punxsutawney pilgrimage each year. And given that an East Coast frost fest naturally demands liquid insulation, spirits tend to ride high before, during and after the rodent rapture. It’s not all about imbibing however; Punxsutawney also offers plenty of great food and intriguing destinations. But first…

PREGAME (YOU’LL HAVE TO WAIT TIL NEXT YEAR NOW….)

Over the last few years, an all-night tailgate has been taking place in the local Wal-Mart parking lot, near which free buses await to the haul attendees into town the next morning. Grills, thrills and spills, this one isn’t in the local visitor’s guide, but word-of-mouth has it the participants are a generous and welcoming bunch.

Lily’s is another great hometown eatery, known not only for their storied brunch, but a hearty lunch and dinner menu as well. To beat the winter wind, try the stuffed green pepper soup or house chili, and for full course, hot turkey or roast beef with potatoes and gravy. Best of all, Lily’s includes an adjoining bakery with family recipe sweets.

After enduring the frigid Gobbler’s Knob, imbibe on some warm Knob Creek at Station 101

Positing itself as a beer-centric “Urban Kitchen”, the pleasantly out-of-place Station 101 Pub and Kitchen is a slightly more sophisticated option for cocktails and small plates. Enjoying a Kobe burger and an aged sour beer on the site of a former gas station overlooking I-80 simultaneously confuses and amazes.

Groundhog Club Headquarters is home to the Punxsutawney Groundhog Club, a non-profit that promotes the holiday across the country. Their HQ hosts a number of Phil related events as well as a must-stop gift-shop. You know you want those Groundhog salt and pepper shakers. Bet your father-in-law would love that logoed ashtray.

Punxsutawney Area Historical and Genealogy Society holds loads of local heritage, including exhibits on town settlers and Pennsylvania’s founding industries. With a great preserve of Native American relics, as well as lumber, coal and rail memorabilia, it makes a great afternoon for museum buffs.

With 17 wineries along its stretch, Groundhog Wine Trail is an adventure for vino lovers of all levels. Along the route, the forests of the Pennsylvania Wilds provide a peaceful, rustic backdrop, and if your quest runs late, the cabins of Wapiti Woods are the perfect choice for a memorable overnight stay. 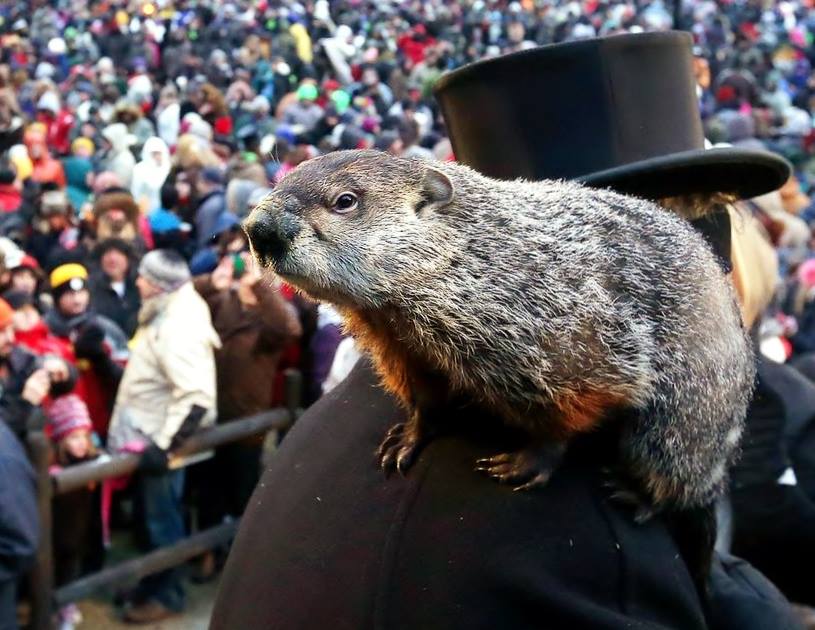 Here’s looking at you, Phil

A Place You Weren’t Thinking About Milford, PA

Milford is the birthplace of the Modern Conservation movement, and a sophisticated oasis in rural Pennsylvania

In a former bakery in a small town in the Delaware Water Gap, a young chef is making world class Italian food

A few years ago I spent time in Amish country. It was exceptionally revealing 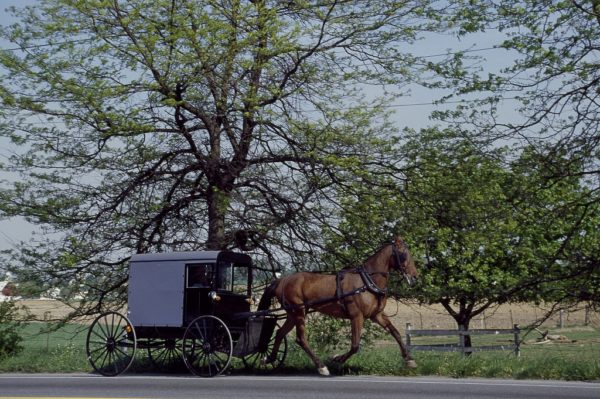 What's the horsepower on this?