Years from now, when 24 year old New Jersey-born Ian Burdzy has won his inevitable James Beard Award, and has his obligatory TV show and best selling cookbooks, people will say, “Where did he come from, where’d he start out?” Because the great chefs seem to suddenly just materialize before our eyes, as if beamed down from the Star Trek transporter room, and then we forensically piece together their past.

Well I can save everybody that angst now, because I was with him a couple of weeks ago, at the primordial stage of his resume, and could immediately see that he is a special talent, with effortless gifts and fresh and enthusiastic vision. He cooks at the small, unremarkably styled (and unremarkably named, after its address) 403 Broad, connected to the Relais & Châteaux Hotel Fauchere, in Milford, Pennsylvania.

403 Broad bills itself humbly, perhaps insecurely, as a pasta and pizza restaurant, stopping short of calling itself an Italian restaurant. This lowers expectations, and maybe that’s the point, but the restaurant is fantastic, at least it is now under Burdzy, who’s only been there a few months. His food is simple and light and delicious — it reminds me very much of the trattorias in small Italian towns sequining the countryside, and I can’t think of a higher compliment. If you have eaten in one you know what I mean. Plain, invariably unadorned and the place the locals go when they can’t be bothered to cook, but if any one of them was magically dropped into Manhattan or Boston or Los Angeles, it might be the best Italian restaurant in the city.

He wound up in Milford circuitously. After his early mentors, chefs Martyna Krowicka and Anthony Bucco, left Restaurant Latour in not too far away Hamburg, New Jersey, he decided to move on too, asked Bucco for a reference and was introduced to another chef, Brandon Grimila, who was working with the owner of the Fauchere to revitalize both the hotel’s and the next door restaurant’s culinary offerings. Grimila, who Ian is still close friends with, hired him, and he “fell in love” with the town. The rest, as they never say in this tense, will be history. 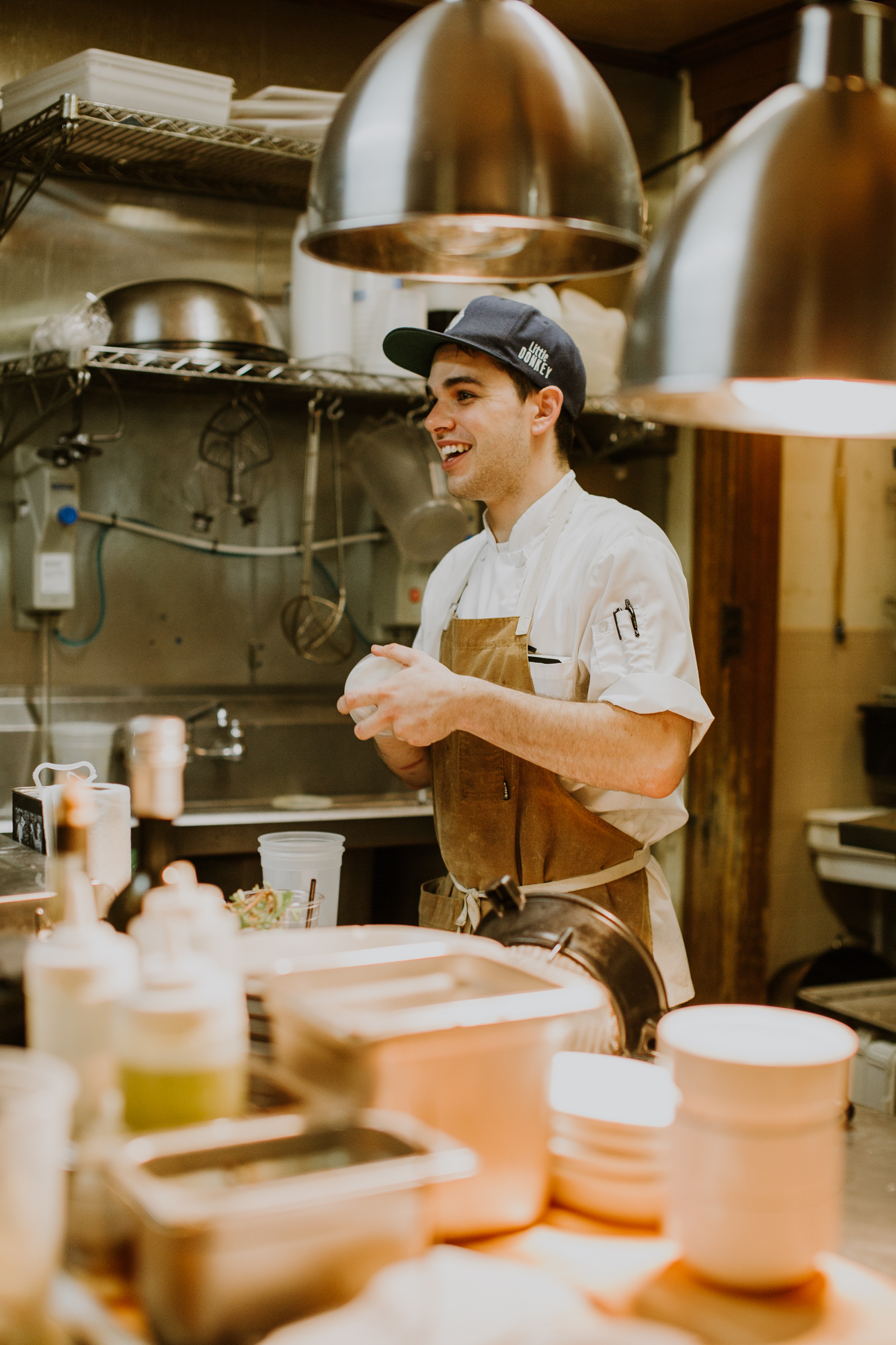 When did you decide you wanted to make cooking a career?

I became interested in cooking when I was 14 years old. I worked in a banquet hall as a server, and I’d make any excuse I could to go and watch the kitchen. I was fascinated by the high speed they worked at and it always looked like fun. At 16 I decided I could see myself cooking for the rest of my life — at that time I had only worked in a deli, which isn’t exactly cooking as much as it is warming things on a flat top.

Did you study formally, or learn from practical experience?

I had all the plans to study formally, but when I was 18 my family talked me out of cooking, saying “You’re never going to have a day off and you’re going to hate it.” I guess some people are just made for this lifestyle and others are not. Looking back I’m happy I didn’t attend culinary school. I personally learn better from hands-on experience. There are certain things that can’t be taught in school, they can only be taught in the moment, that is particularly true in a kitchen. Everyday is different and at least once a week you will face a new challenge.

Who inspired you then and now?

I really had no idea what the culinary world entailed, I just wanted to cook. My mom always made fantastic dinners growing up and my grandmother was a wonderful baker who had her own techniques and philosophies on cooking. Her baking always had BIG flavor. She’d take recipes she found, and if the recipe had fruit, she would make it but cut the sugar in half, sometimes even more. Whenever she cut the sugar the recipe would taste better. You could actually taste the fruit and appreciate it.

It wasn’t until I worked in Restaurant Latour in New Jersey that I started really paying attention to names in the industry. I was 20 and everyone was talking about “farm to table this and farm to table that” and I remember reading about Dan Barber, how he took sustainability to a whole new level. It was amazing to hear about a chef being that deeply involved with agriculture. Nothing that enters their kitchen goes to waste and that is truly inspiring. There’s something very primitive about that, that makes respecting your source of food enjoyable. 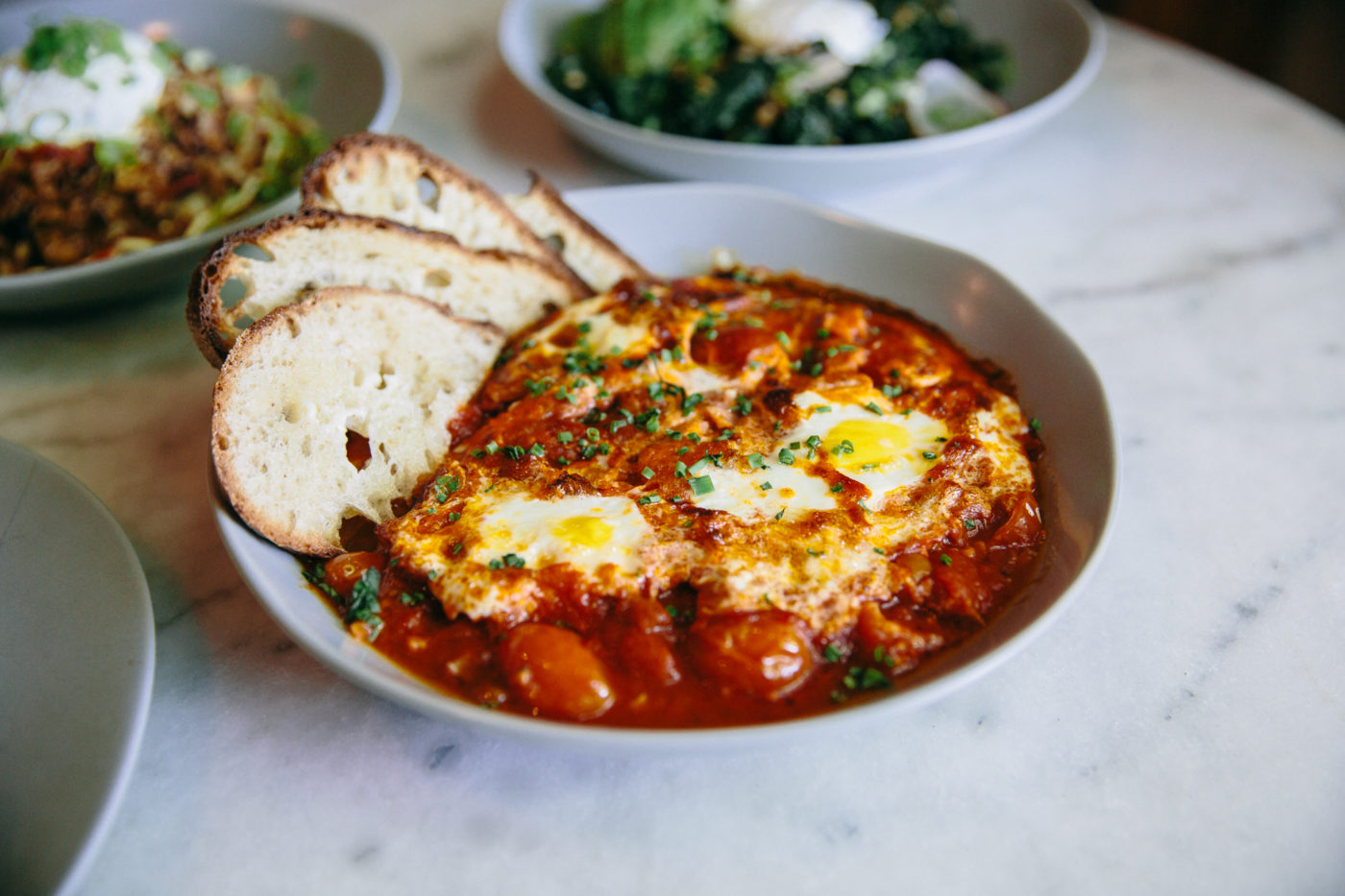 You told me cooking for girls was a big motivator — how?

I was in high school, and I liked this girl so invited her over and realized I had nothing much to do other than play video games or sports. I realized I needed something more interesting and decided to cook, and then I heard the words, “No one’s ever cooked for me before!” and realized I struck gold. From that day forward most of my dates involved me cooking.

You say you want to make food that is honest. What do you mean?

I’ve eaten at a lot of places and I can count on my fingertips the places that really hit home. Nowadays you can find dishes with a million components, and its plated like a work from Picasso and it’s inevitably delicious, but your brain doesn’t know what to do with it. When I say food that is honest, I mean not a million components and not overmanipulated in flavor. I don’t want an apple that taste like lemon, although that’s cool and I’m sure my mind would wonder how it came to be. I want the flavors to complement each other and showcase one another. I love it when we use very minimal amount of components and we just work with their flavors, I don’t like to make things something that they are not.

Where do you see yourself in 20 years, what do you want to work towards?

My end goal isn’t definite yet, it has changed a few times since I’ve started. The original goal was to hopefully be invested in a fine dining restaurant at the end, but I think I want something bigger. I love food of all different kinds and don’t know what I want to stick to yet. But it would be really fun to run an oyster / raw bar / fresh seafood place somewhere near the ocean one day, and I don’t even love seafood all that much. 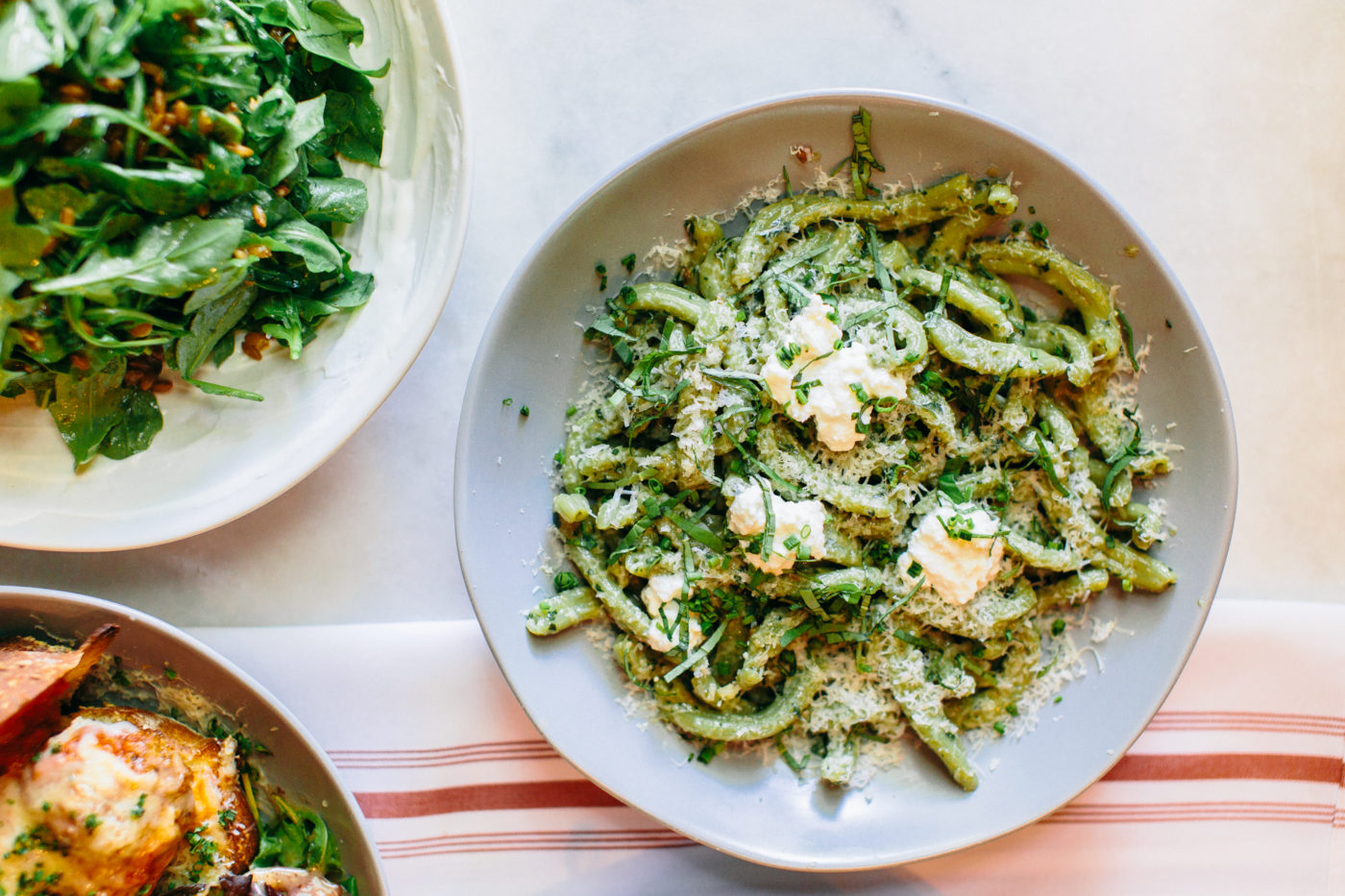 What are the most interesting dishes you’ve made in the last month?

I’m very proud of the vegan pasta dish we just put on the menu. I don’t go out of my way to cook vegan food, honestly it’s intimidating sometimes. It was really nice to make a dish that, unless someone told you, you wouldn’t know was vegan and see it get good feedback. Another dish is our Brussels sprout salad because it absolutely screams fall. We put the “Live For The Funk” pizza on the menu and it’s an unusual collaboration of funky toppings: figs, bacon, bleu cheese and honey. It’s just a weird pizza.

I’m more excited about the changes we’ve been making to the pizza dough. We’re focussing on making it the best it can be. It’s taken research and trial and error, but so far the dough is becoming what we want it to be.

What do you want to see more chefs do more of?

I don’t particularly want to see chefs doing more of anything. I love where the industry is right now, everyone very open to sharing ideas and theories. I think it’s very important for everyone to work off of each other and grow together. I want to see chefs do what they’re doing, that way I can continue to be inspired by different ideas and outlooks. 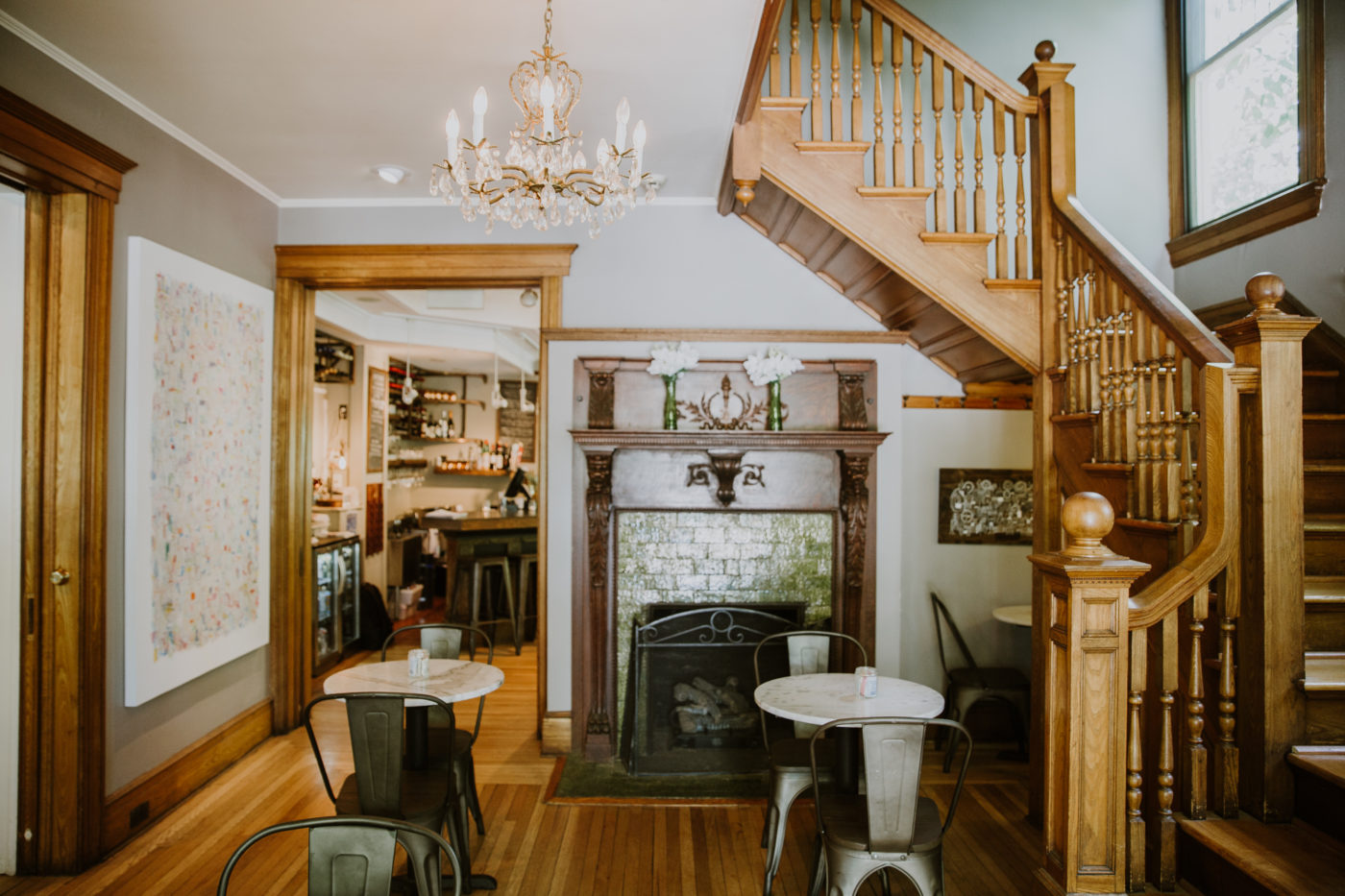 The opening room of the restaurant