Few people are indifferent to Marseille. It’s the big, cranky, noisy port that sits next to, but entirely aloof from, the Cote D’Azur. The city is full of unique characters, unusual architecture and life affirming, beautiful natural features. One of the most spectacular of them is Les Calanques, the approximately 10 miles of coastline that stretches between Marseille and Cassis, and which features a series of pine-spattered coves and dramatic, plunging white granite cliffs.

Perched precariously between Sormiou and Morgiou, two of the coves closest to Marseille, are the remains of a small fort that in the 18th century, along with the port of Toulon, was held by the British who were on the side of the struggling but still not entirely defeated royalist French. And it was just down the road at the battle of Toulon in 1794 that a small, but clearly brilliant young 24-year-old Major of Artillery for the Republican side called Napoleon Bonaparte first made a name for himself as a gifted tactician. He worked out a particularly brilliant enfilading placement for his guns which meant that they totally dominated Toulon’s harbor, and because of this piece of strategic genius, the British fleet was compelled to withdraw.

Because of his humiliation of the British fleet, Bonaparte was made a Brigadier General and introduced into the highest circles of French society, but he almost never made it back to Paris to receive his promotion. 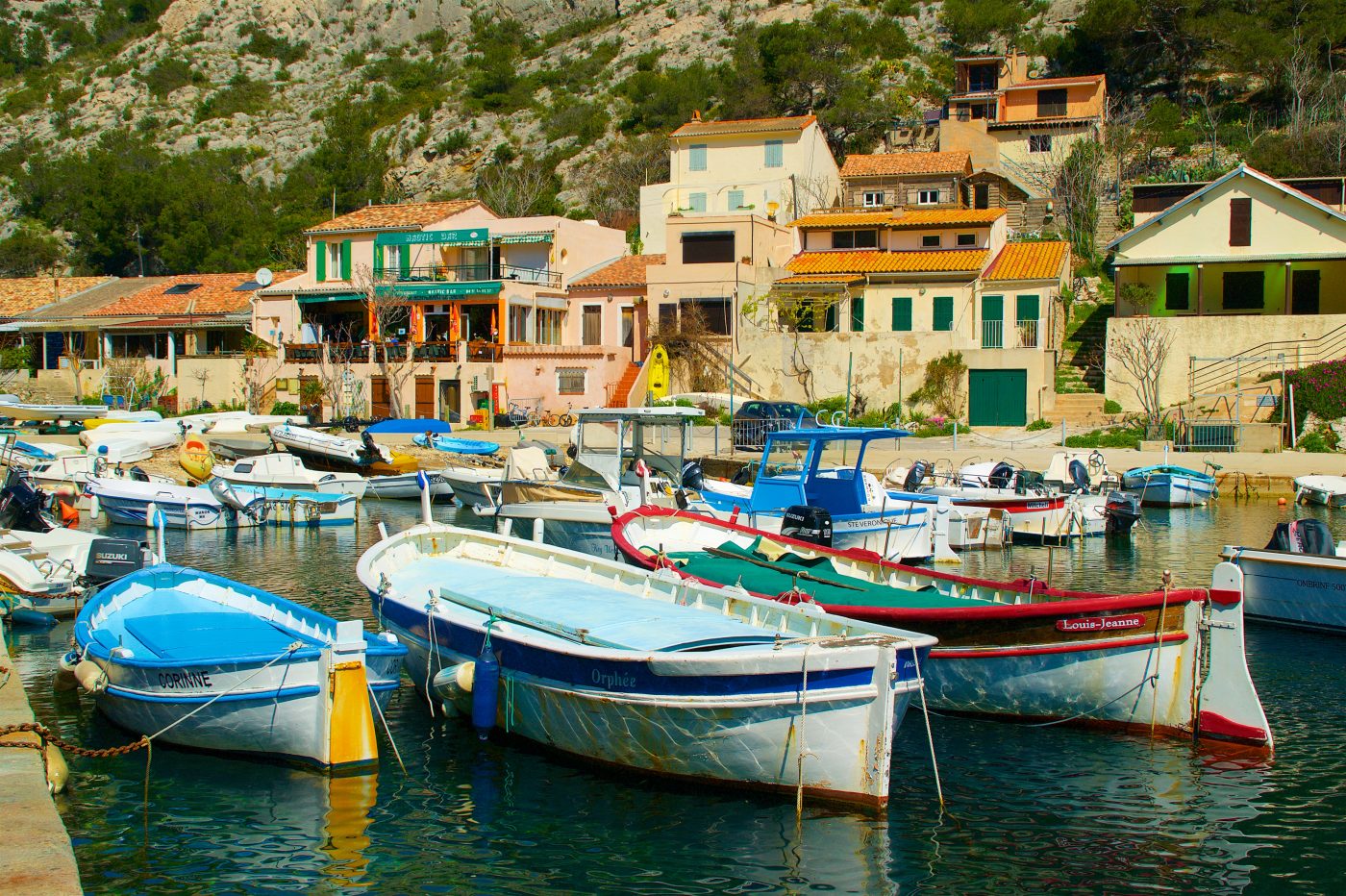 Morgiou: Louis XIII once fished for tuna here, in 1622

In a small boat and on his way to Marseille after the battle to take a stage coach to Paris, the boat’s captain strayed too close to the English fort up on the cliffs and the boat was fired on by the undoubtedly bored and trigger-happy garrison there, which was commanded by a promising young officer with the movie star name of Hudson Lowe. None of the occupants of the boat were hit but Napoleon was reportedly somewhat shaken by the hail of lead showering down from several hundred meters above. Fast forward 21 years, the now Sir Hudson Lowe GCMG KCB had moved on to a bigger command, that of the island of St. Helena, situated 1,242 miles off the coast of Africa in the middle of the South Atlantic. The perfect spot, in fact, to imprison a disgraced despot — St. Helena’s most famous prisoner, Napoleon Bonaparte, sent there for his second period of exile after his final defeat at Waterloo.

Somewhat unsurprisingly, Napoleon and Lowe did not get on: Lowe refused to call Bonaparte ‘your majesty’ and Bonaparte in turn complained constantly about his food ration, which, when you consider that he and his household in exile were given 88 pounds of meat, nine chickens and 17 bottles of wine per day, plus all the Champagne and spirits they could chug down, seems a tad churlish. On the positive side, no longer able to invade neighboring countries — basically because there weren’t any for thousands of miles in any direction — Napoleon hunkered down and wrote his memoirs. When he died in 1821 the post mortem stated that the cause of death was stomach cancer, but Swedish dentist and poison expert Sten Forshufvud claimed that samples of Napoleon’s hair contained up to 38 times the normal concentrations of arsenic. To confuse matters further, the provenance of the hair was disputed and Forshufvud’s theory remains controversial, so we’ll never know for sure if it’s true that Napoleon was being poisoned while in exile. But if he was, it’s not entirely unreasonable to presume that Hudson Lowe was merely finishing off something he’d started 21 years earlier up on those lonely, windy cliffs above Morgiou.

Given that the nearest hotels are several miles away, why not go native and rent a fisherman’s cabanon in Morgiou, one of the two calanques (coves) that flank the fort — which, by the way, is situated on the Cap Morgiou next to the Calanque de la Triperie, directly between Sormiou and Morgiou. The tiny village of Morgiou is a remote, peaceful place that, despite being close to a major city, feels genuinely wild and enduringly, definitively cut off from the modern world. There are two local restaurants — Le Chateau in Sormiou and the Bar Nautic in Morgiou — both of which, unsurprisingly, specialize in fish dishes. If the aforementioned appeals, there are two cabanons for rent, both of which sleep up to five people. Prices are $175 for a weekend and $475 for the whole week, plus a small charge for water of $3 per 26 liters. This is because there is no main supply, which means that it has to be brought in by truck.