Chef Jason Stoller Smith discovered his passion for food back when he was just trying to make a living. “That’s the great thing about working in kitchens, you can do it anywhere” he says sagely. 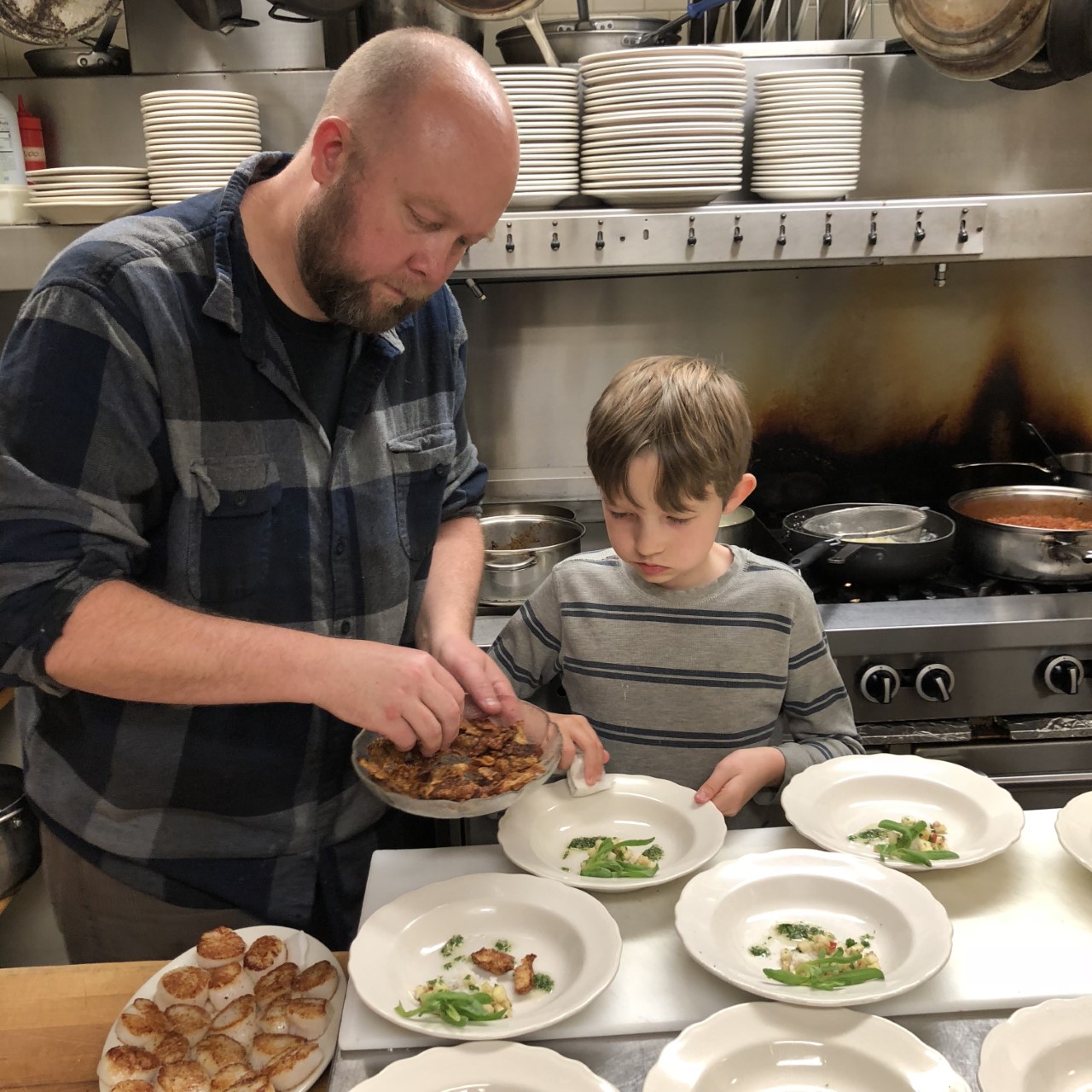 Jason and his sous chef. Child slave labor is legal in Oregon

Jason started cooking in Colorado Springs, CO and then moved to Ashland Oregon. In 1996 he moved to Bubby Bay Café in Olympia Washington.  He was hired for the first time by Timberline Lodge in Oregon in 1998, staying 4 years before moving to a vineyard (he loves wine) in the Dundee Hills of Oregon and becoming a partner at the Dundee Bistro, with Dick and Nancy Ponzi, wine pioneers in the Oregon wine industry.

In ‘04 and ‘12 he was invited to cook at the James Beard House in New York and has been a featured chef at IPNC (that’s the Int’l Pinot Noir Celebration to save you looking it up) since 2001.  Jason is known for orchestrating the Native American-style salmon bake and was invited to prepare it in 2010, at the White House Congressional Picnic, hosted by President and Mrs. Obama.

In 2010 Jason, clearly a rambling man, returned to Timberline Lodge as the Executive Chef where infuses the Lodge’s seven eating establishments with his flare and love of food.  When not flying around the kitchen at Timberline he is learning how to become a craft brewer of barrel-aged beers, or raising pigs and poultry, or indulging his other passion for travel by visiting some of the best culinary destinations in the world… and his menus reflect this.

This is Jason’s recipe for cranberry sauce. The Pinot Noir of course is from Oregon, namely one from the Stoller Family Estate. 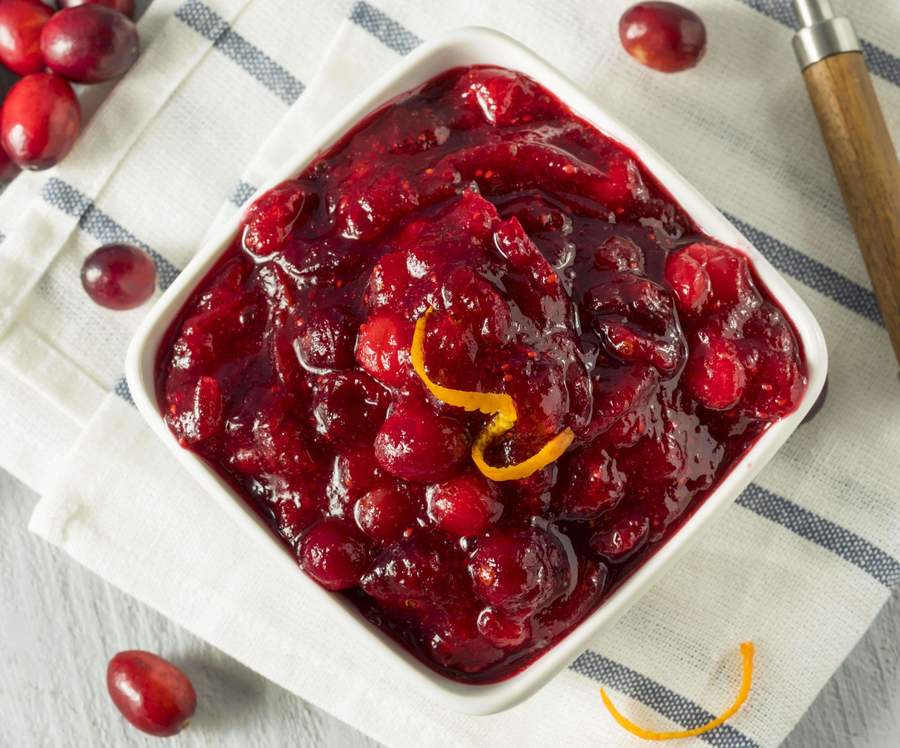 In a saucepan, combine all ingredients and bring to a boil.  Simmer, stirring often, until the cranberries bust and the syrup thickens slightly.  Remove the rosemary sprig, cinnamon stick and vanilla bean.  Chill and serve.

Yeah, that’s it. It’s really that simple, and phenomenally delicious!