Landscape painting is back. Start noticing landscapes in TV shows like Billions and Madame Secretary and on the walls of photogenic homes in design magazines like Architectural Digest. Or watch the evolution of landscape painting in an Emmy award winning PBS series “Landscapes Through Time.” The fine art gallery Questroyal in Manhattan takes out full-page color ads to sell original Hudson River School paintings and their newer brethren. The art world is re-discovering the power of nature to elevate the spirit, though the words romanticism and spirituality are seldom used in the commercial art community.

Looking fresh to the jaded contemporary eye, the aesthetics of restrained harmony feel new again. Landscape paintings, once adorning the walls of stately country homes, corporate board rooms, or rendered into inexpensive hotel room prints, offer immersion in natural beauty and escapist fantasy. Their comeback is now in tune with the current spirit of climate change and preserving the earth for future generations. 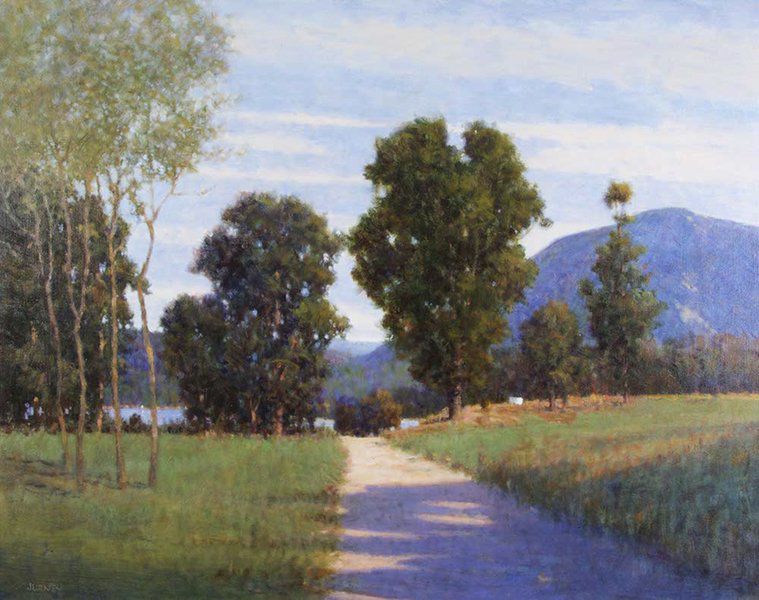 The Road to the Lake By Donald Jurney

Now select schools around the world are teaching rigorous atelier techniques like cast drawing and glazing or layering paints. Stepping into the Florence Academy of Art in Italy or Grand Central Atelier in New York, one is carried back in time to a magical space where standards of rigorous high-gatekeeping are valued. Though focused on figure drawing rather than landscape, the atelier curriculum nonetheless teaches the technical skills needed to produce, for example, the astonishing backlit clouds of a J.M.W. Turner sky.

Hard to imagine that the drawing and painting skills needed to paint a Hudson River type landscape were almost lost. Picking up on where university art departments left off, the last twenty years have seen a huge growth in the atelier school movement in which the traditional realist painting skills that almost disappeared during the last century were kept alive by a tiny handful of artists working in obscurity and passing down their knowledge to a tiny group of students.

In America, knowledge of these “old master” techniques during the long reign of Modernism hung by a thread. Actually, two threads. One group descended from the 19th Century Académie Julian in Paris, passing through artist and teacher Ted Seth Jacobs (born 1927), and culminating in today’s Grand Central Atelier in New York, and its landscape-oriented Hudson River Fellowship. Another lineage passed through artist Richard Lack, who studied with R.H. Ives Gammell (1893-1981) in Boston. Gammell, in turn, had studied with William Paxton (1869-1904), whose teacher in Paris was Jean-Léon Gérôme (1824–1904). 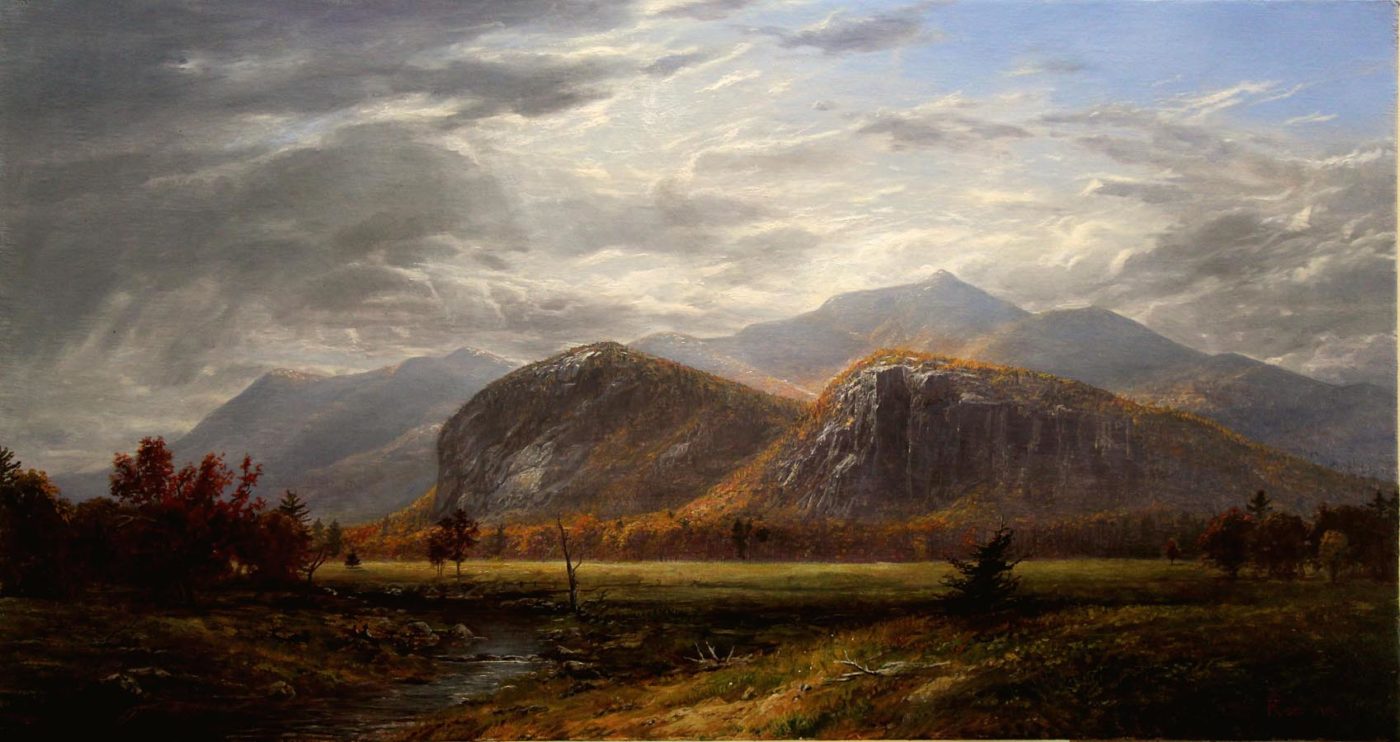 Autumn Light in the Moat Mountains By Erik Koeppel

More attuned to today’s environmentalism than to the 19th century age of “Manifest Destiny,” the excitement of these images is still fueled by the artist’s take on the power and beauty of nature.  Consider Donald Jurney, who creates poetic landscapes, real and imagined, Tony Winters, who portrays contemporary rivers and watersheds, and Erik Koeppel, whose work often revisits the mountain scenes painted by the 19th Century masters.

The new crop of landscape art currently produced is not only ambitious and skilled, but its poetic artistry values the mountains and rivers that gave birth to America’s first home-grown art movement, the Hudson River School. Environmentalists and climate change activists might do no better than point to the scenery of landscape paintings as a reminder of what we once had. And what we stand to lose.

Explore Mexico City, the native land of one of the most important painters of the early 20th century 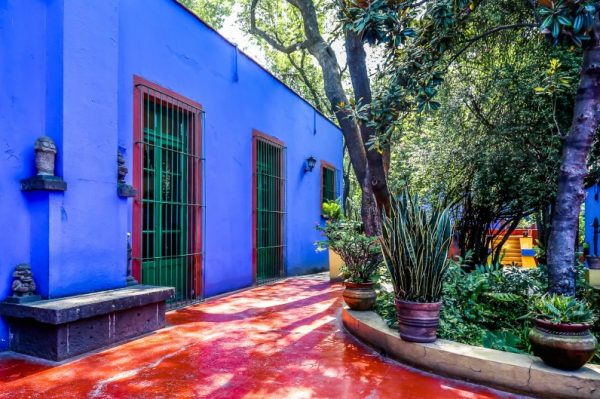