It’s me, deployed American Troop.  I’m in Iraq, boots and all.  How’ve you been?  You probably feel like you haven’t heard from me in a while so I thought I’d check in.  Doesn’t it seem like forever ago that I was with you every day?

Remember Operation Anaconda back in ’02 in Afghanistan?  Not your everyday horseback ride was it?  And how about that Thunder Run into Baghdad in ’03?  We went so fast even the reporters couldn’t keep up.  After that, those same reporters practically lived with us for the next half-decade.  Some of them got killed and some got tossed out of Iraq but almost all of them were pretty brave.  I felt like they helped keep us connected with you.  It was like we were on TV and in the newspaper every day, wasn’t it?  Seems like every reporter in America wanted to come visit us back then.  Once we even had a sports reporter come stay at our base.  I guess they figured coming to Iraq gave them street cred.  Or maybe they were just tourists.

Not so much anymore.

It’s hard to tell who lost interest first, you or the reporters, but there sure doesn’t seem to be much appetite these days for what we’ve been up too.  That’s a shame because I really think you’d be amazed. And impressed. 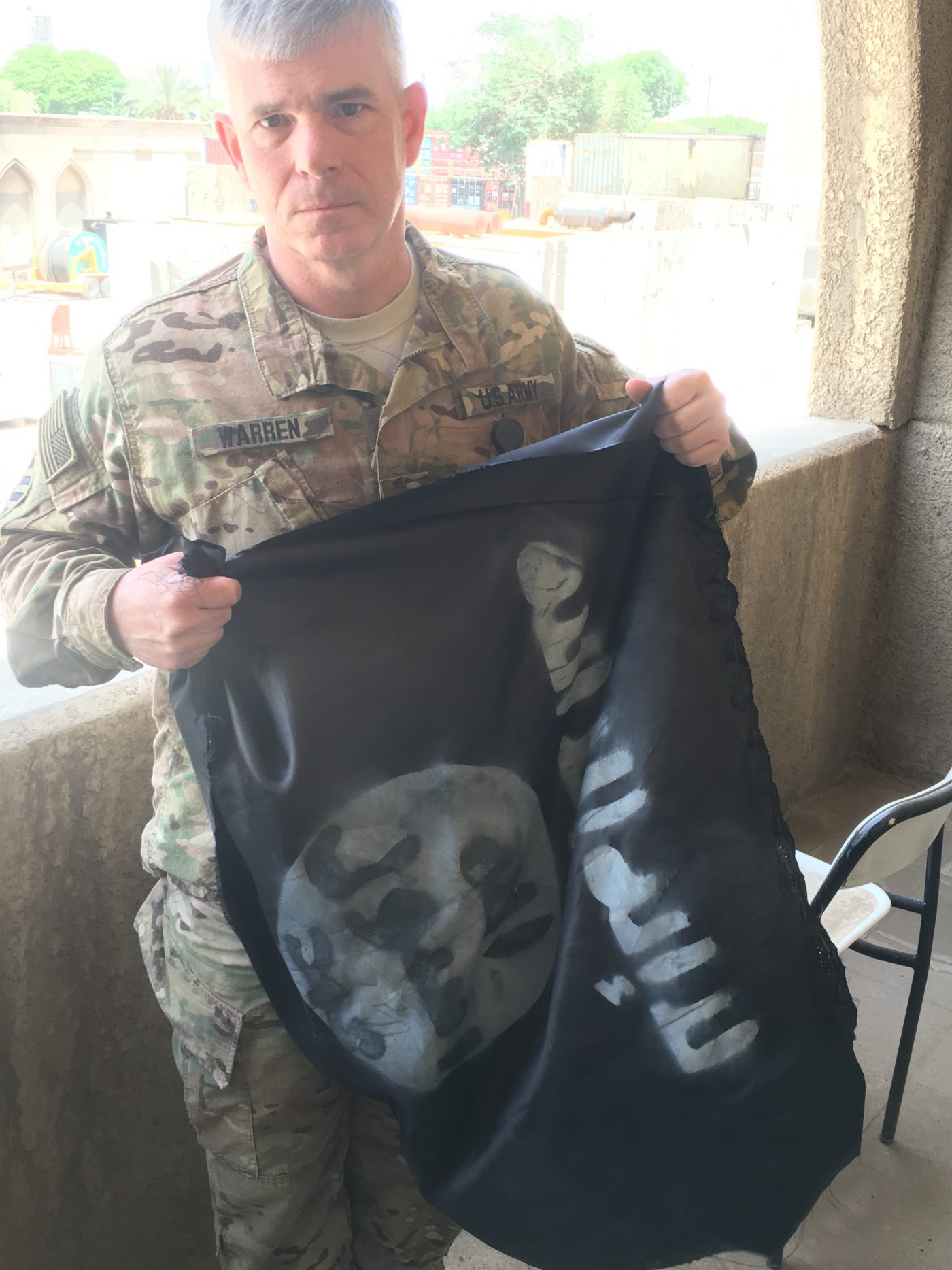 Capturing the flag: Warren in his office with an ISIS flag, taken from them after another whupping

There’s still about ten thousand of us in Afghanistan.  There’s another 5,000 or so here with me in Iraq trying to fight these nut jobs called ISIS.  These ISIS people are some real bad dudes.  Hell, if you’re so bad that Al-Qaeda throws you out, that’s saying something.

We’re not really fighting them face to face like before.  Now we’re trying to teach the Iraqis how to do the fighting.  Back in ‘08 we taught the Iraqis how to fight terrorists and insurgents.  I guess we were fighting the last war on that one because ISIS is a straight up army and not something the Iraqis were ready for.  So now we’re training the Iraqis all over again. The training seems to be taking.  We’ve dropped tons, and I mean tons of bombs on ISIS, which gave the Iraqis some time to kick ISIS out of the big cities.  ISIS will probably go back to being insurgents so we’ll have to train the Iraqis all over again.  Funny how that works.

Life here’s not terrible but it’s no picnic either.  The days are long, the dust is relentless and that demon sun in unforgiving, especially with all the battle gear we have to wear.  We live two or three to a space in something called a containerized housing unit.  It’s kind of like a single-wide trailer but without running water.  Showers and bathrooms are a few trailers over.  The chow hall’s decent but mystery meat tastes the same everywhere.

Some of us protect the base, others train the Iraqis and some find targets for our bombs but everyone’s focused on doing their jobs and getting home in one piece.  Morale is good, but like I said, we do miss hearing from you. 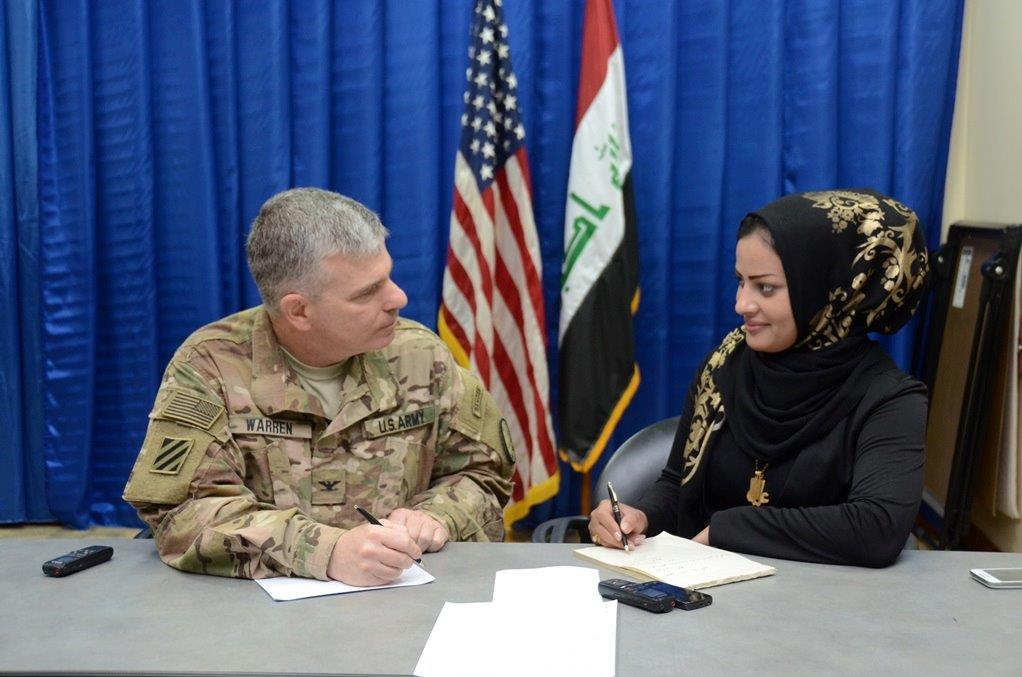 War isn’t all Hell: gentle combat with a local Iraqi journalist in 2016

Honestly, we don’t need a thing and we love what we do.  But like soldiers since the beginning of time, our greatest fear is that we’ll be forgotten while we’re gone.  So if you see me in the airport or out on the street, it’s OK to say thanks for the service and keep up the good work.  You’ll almost always get a smile in return.

Steve Warren was on active duty for 28 years and retired as a Colonel. Now he is a Senior Military Analyst for CNN.