Here, on this literally most literate island, the skald, or poet, is revered, and as an avid traveler may already know, Iceland is the country where, per capita, people read, buy, and publish more books than anywhere else on the planet.

As I wait outside Keflavík Airport in Reykjavík, I thank the Norse gods, because that person is about to meet me: Rúnar Helgi Vignisson, is a brilliant novelist, translator, and editor, and director of the only Icelandic language writing program in the world!

Stepping outside, I reflexively take the deepest breath of what feels like the purest air in the world! Somehow Rúnar and I start talking books even before we’ve left the parking lot. This is the Iceland I love best. Literary Iceland.

Icelanders’ love of books is found in the perhaps slightly melancholy proverb that “a book is a man’s best friend.” Prior to the age of electricity, rural folk kept a cherished common-book, usually of psalms or religious material, to read out loud after dinner. To touch on Old Norse writing here, as there’s a treasure trove of historical information to be found, a few rich primary texts are worth noting. The Icelandic Sagas, written in medieval times, are about the early settlers of the 9th, 10th and 11th century. The Sagas give us a taste of true Viking culture, for example we learn that families lived together in groups of ten or twenty. Then, there are also two Eddas, prose and poetry manuscripts from the 13th century that encapsulate what we know about Icelanders from Old Norse mythology to cultural history. The Poetic Edda spins wondrous mythological tales wherein reside dragons, magical swords, giants and the like. Yes, this was inspiration for Tolkien’s Lord of the Rings.

The TV series Vikings credited  as “saga consultant” one of Iceland’s most esteemed authors, Ólafur Gunnarsson. The Sagas and Eddas are revered as the cornerstone of the country’s proud cultural heritage. They’re studied in schools and are an ongoing inspiration to today’s writers. For instance, there’s Bloodhoof, a creative adaptation of a poem from the Edda, written by Gerdur Kristný, one of Iceland’s shining literary stars. 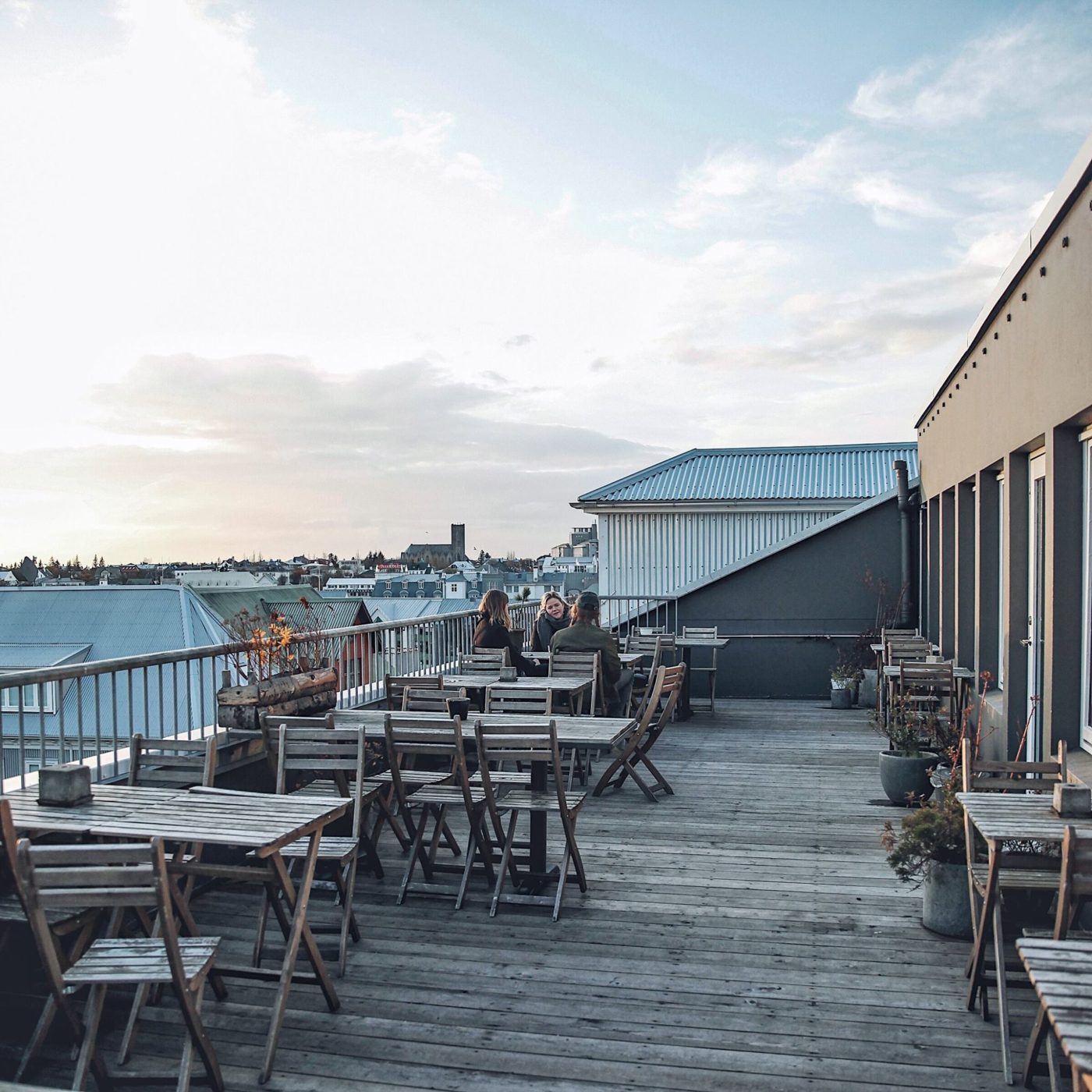 Reykjavík is a joy to the book-reading traveler. Options abound. You can take a Reykjavík Literary Walk for an introduction to Icelandic crime fiction (this tiny country has a couple of the genre’s top bestselling authors) and ghost stories. Poets and writers can be heard in venues around town. International authors stop by too.

Remote as it may appear on the map at the 66th parallel north, Iceland is on the silk road, so to speak, for the literary sojourner. If you frequent readings, you’ll soon start seeing familiar faces and can strike up a conversation, as most everyone speaks perfect English. You’ll discover for yourself that Reykjavík is simultaneously international and provincially intimate. 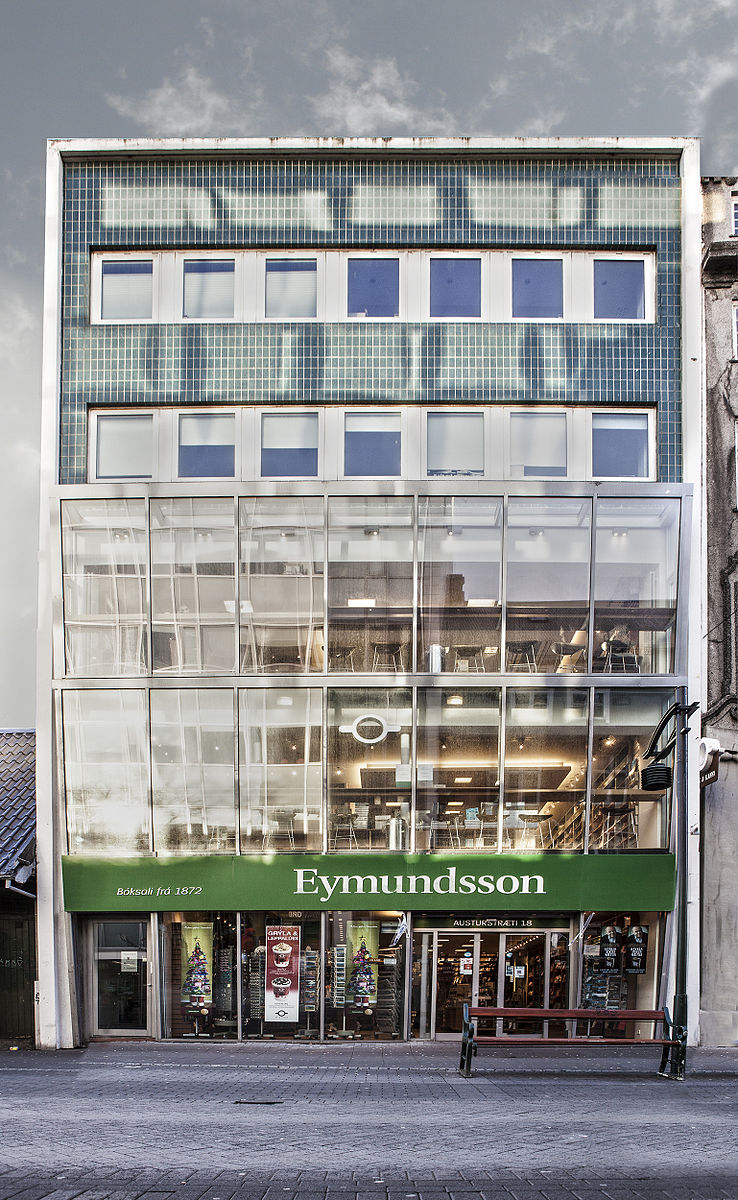 Time Out and The Reykjavík Grapevine list poetry slams at Loft on Bankastræti, fiction readings at the historic Hannesarholt, or what’s happening at the deliciously named Poetry Brothel Reykjavík. There are readings, mostly in Icelandic, of new publications at the country’s oldest bookstore Eymundsson, founded in 1872. A popular rendezvous spot for writers, it’s located on one of Reykjavík’s main drags, Austurstraeti. At the multi-level store, you’ll find not only books and literary journals, but made-in-Iceland stationery supplies — pens are a bit of a fetish for most writers — and a mini café.

The not-to-miss literary event is the big, blow-out Reykjavík International Literary Festival held every two years. You can plan for the next one slated for April 21 – 24 this year. Events are held in English and there’s no fee to attend, except for the Book Ball, the closing party. Celebrated Icelandic and international writers participate in readings and discussion panels at important buildings around town, like the Nordic House.

The festival recognizes authors and publishers with an honor called the Publisher’s Fellowship, which I was fortunate to receive one year. At one cocktail party, I was introduced to Björk by a mutual friend, the shamaness-poet-rebel extraordinaire Didda Jonsdóttir, who penned the unofficial punk anthem “Ó, Reykjavík.” Björk, in person an ethereal confection of pastels, like some creature from a Fragonard painting, curtseyed upon meeting me. Another happy moment was running into Audur Jónsdóttir, one of Iceland’s literary stars who happens to be the granddaughter of Halldór Laxness, winner of the 1955 Nobel Prize in Literature. Audur has been nominated for Iceland’s top literary awards.

I also met famed author Bragi Ólafsson, once the bass player in The Sugarcubes, Björk’s old band. His latest short novel, Narrator, published in English, is a masterpiece. When I meet Bragi at Café Haiti, he enthusiastically tells me about a YouTube video he’s just watched, a 1977 interview with Brazilian novelist Clarice Lispector. It’s unforgettable, moving, chilling. Terminally ill, Lispector glances at the interviewer and dispassionately remarks, “I’m speaking from my tomb.” Benjamin Moser has called her “the most important Jewish writer in the world since Kafka.” 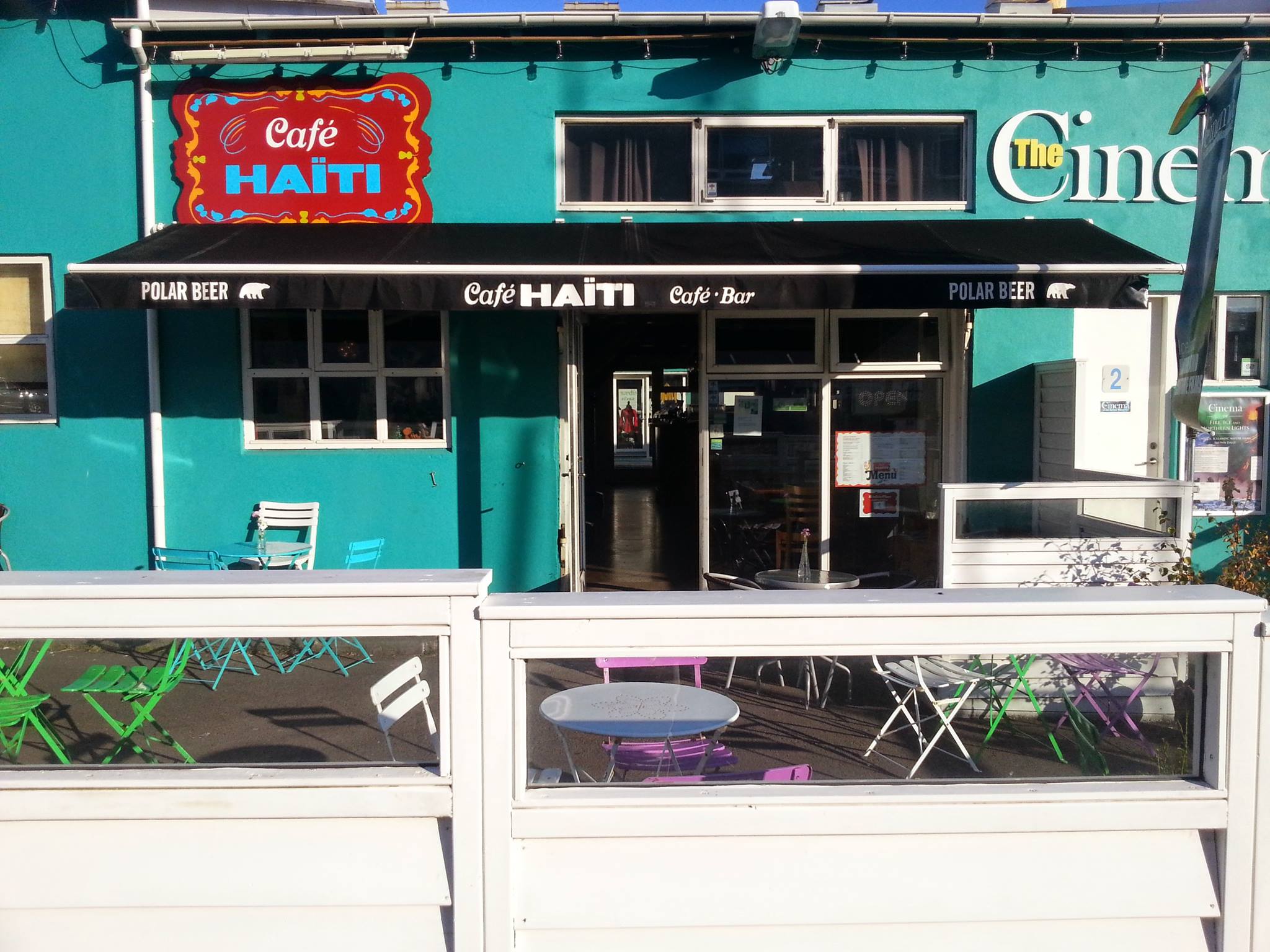 Café Haiti by the harbor, as it’s close to the sea.

The bar at Loft Hostel, on the top floor. It’s the first place that comes to mind for work meetings or just socializing. 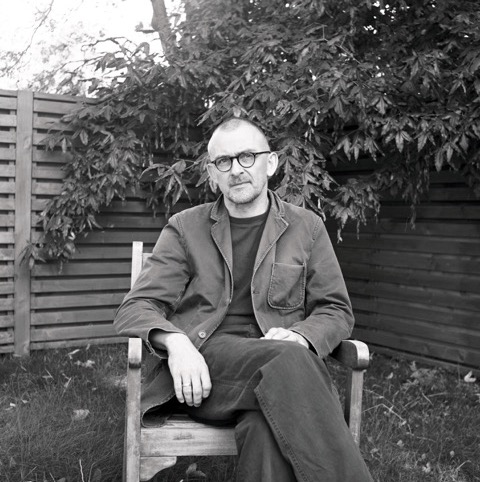 Hornið on Hafnarstræti, the first Italian restaurant in Reykjavík, established in 1979, and still run by its original owners.

Favorite bookstore and what are you reading?

The “bookstore” I like most is a charity market called The Good Shepherd in Fellsmúli, where you can buy second-hand books and every visit brings nice surprises.

I’m reading a biography by Cory MacLauchlin, Butterfly in the Typewriter: The Tragic Life of John Kennedy Toole and the Remarkable Story of A Confederacy of Dunces.

Te og kaffi at Laugavegur 27 where I can sit by myself reading or maybe bump into a friend and have a chat. 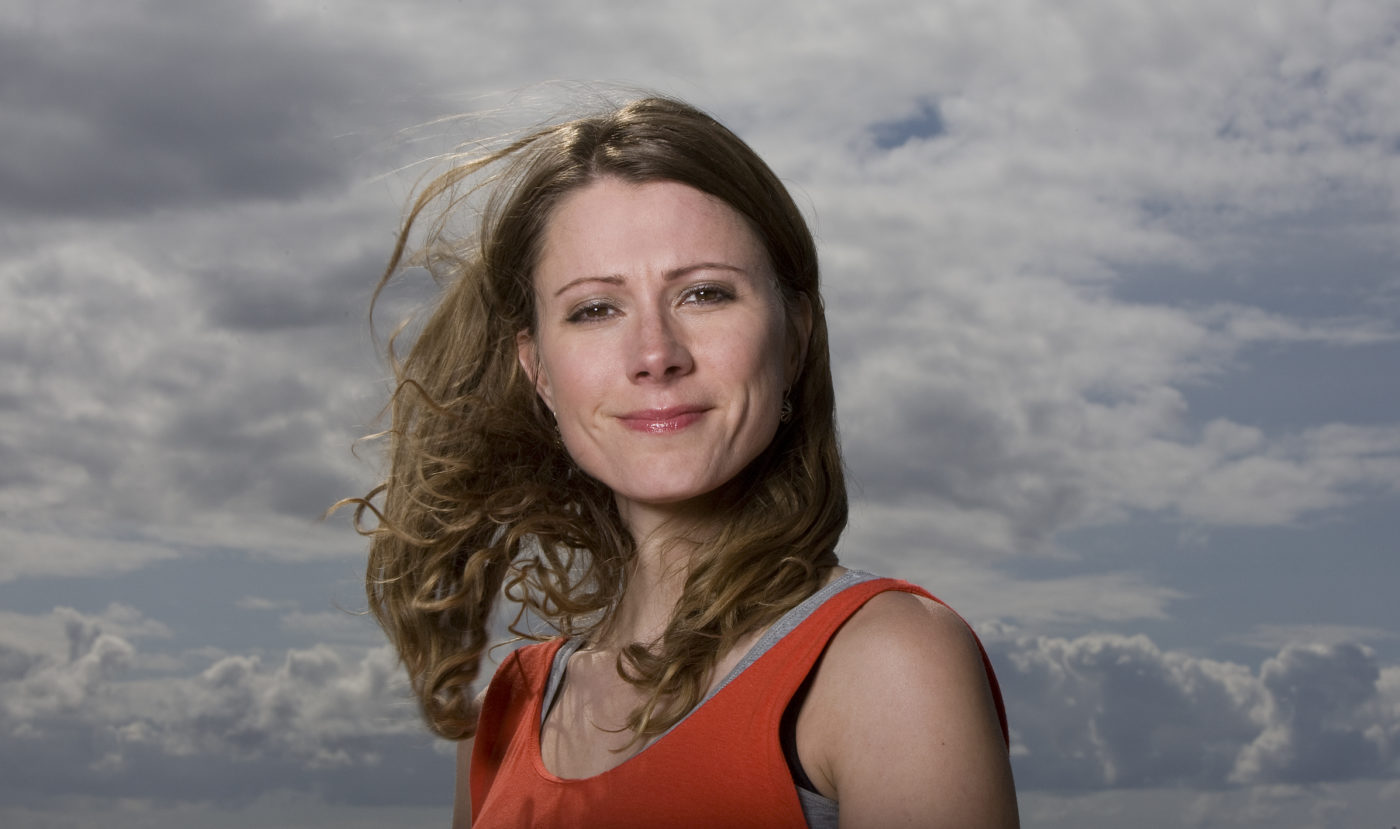 Aalto Bistro in The Nordic House.

Favorite bookstore and what are you reading?

Eymundsson at Skólavörðustígur. It has a good range of books and magazines and there is a café there too. Lexicon of Light and Darkness by Norwegian author Simon Stranger. 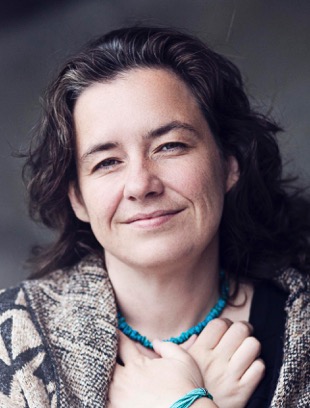 Kaffifélagið. I go there every morning and always meet the same group of people.

Snaps. Actually it’s a bistro, but you can go there just to have a drink and meet people.

Mokka, the oldest cafe in Reykjavík where you can often meet writers and artists.

The Bookstore Cafe at the University of Iceland. But my very favorite cafe is mother nature. I’d much rather take a walk than sit in a cafe. It’s more inspiring. 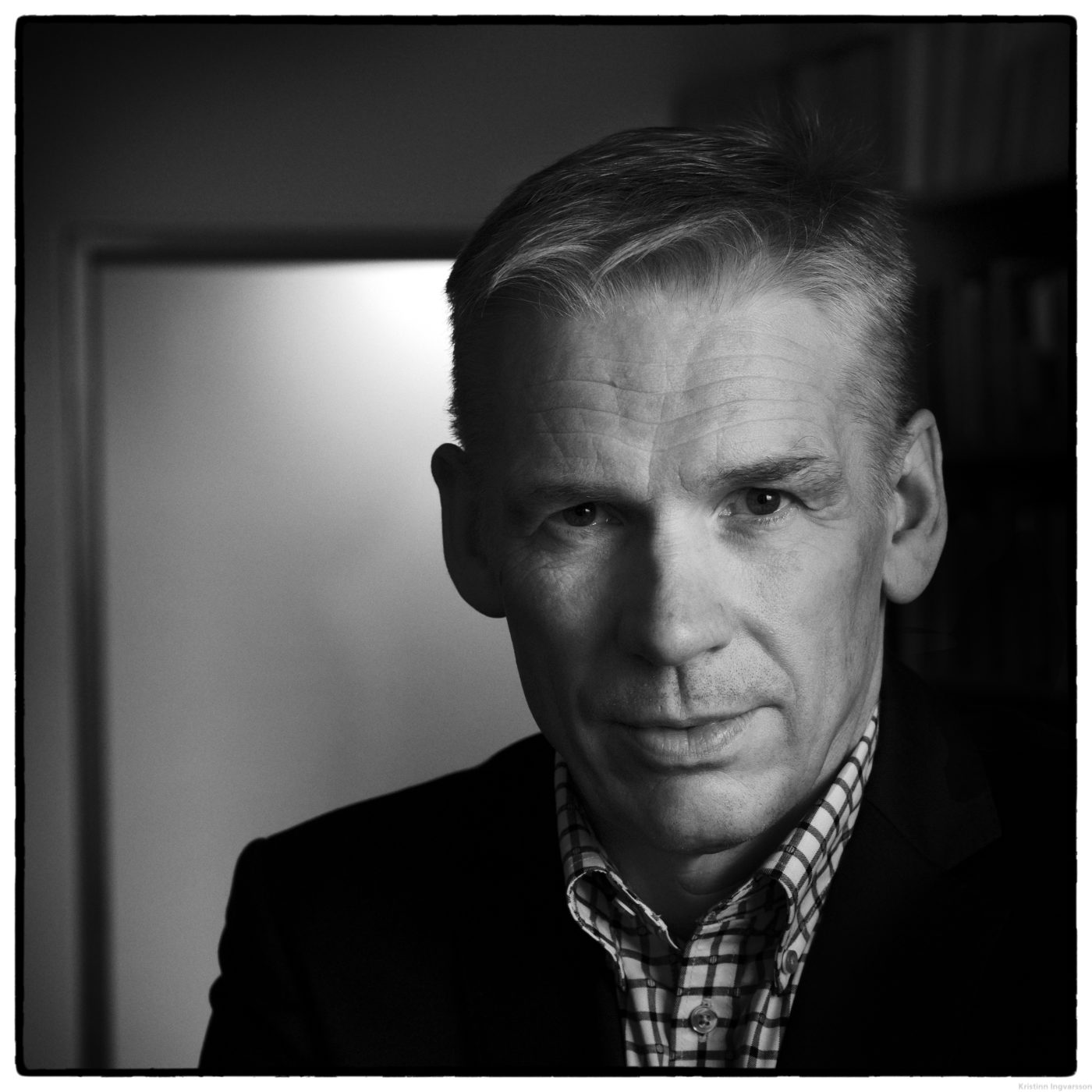 Aalto Bistro at the Nordic House. I like to take guests there because of the excellent food, especially the fish, and the pleasant view towards downtown Reykjavík.

Favorite bookstore, and tell me a book that gives a real sense of Icelandic life and culture?

The student bookstore at the University of Iceland, and Halldór Laxness’ novel, The Fish Can Sing, gives you an excellent insight into the Icelandic mind.

What’s a favorite tourist experience that you particularly like?

I like going to the local swimming pool in Gardabaer or Vesturbaer, where you can shower in the nude without worrying about Puritans who don’t wash properly before going in.

Helen Mitsios a poet and the editor of Out of the Blue: New Short Fiction from Iceland, and Beneath the Ice: An Anthology of Contemporary Icelandic Poetry