I never make a big deal out of my birthday, even this year when I turned 40. But a very dear friend of 16 years wanted to take me out to celebrate. My insatiable appetite couldn’t say no. He’s eaten at most of the finest dining establishments in New York City – he’s always finding a new great spot that he winds up becoming a regular at, befriending everyone including the dishwasher’s uncle – so I knew this night, of all nights, would be no different.

I have eaten at most of Meyer’s restaurants. The experience is invariably an event and it’s because of the service. It’s impeccable. It’s unmatched. And, in this day and age of fast-casual dining, unfathomable.

So, there are expectations when you attend a Danny Meyer restaurant, and Maialino, probably his finest, exudes hospitality. The succulent food is wonderfully complemented by the treatment each diner receives. 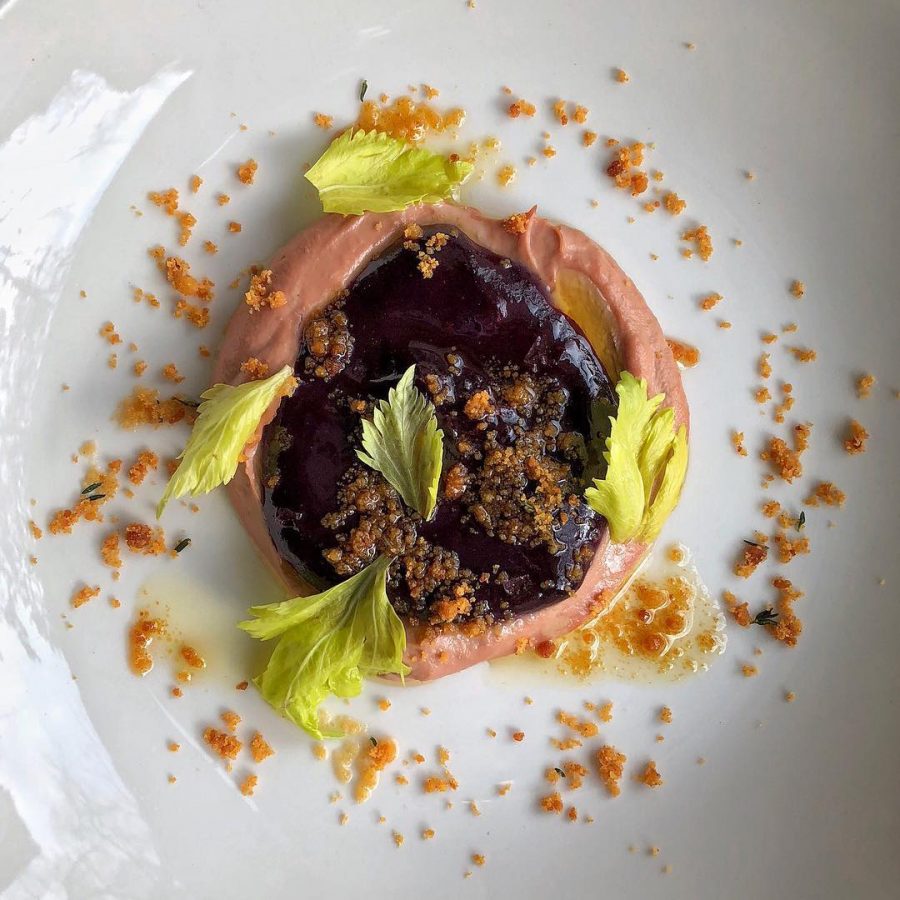 The dish that launched a thousand appetites, Maialino’s fegato

I arrived first and was seated right away. There was no ‘we can’t seat you until your entire party is complete, and we’ve run down your social security number’ or ‘wait at the bar’ nonsense you get at most places, especially in New York City where that kind of attitude is often worn as a badge of honor. I ordered a drink: Manhattan Speziato, a heavenly mix of rye and house-made chai vermouth. The added garnish of an orange peel adds an appeal to this cocktail’s citrusy sexiness.

At 6.30 on an unseasonably cold Thursday night in April, Maialino was packed! It’s walk-in-only bar area was bustling with young’ns (aka those Instagram diners) and every seat at the wine counter was occupied. The main dining room – lit to a warming wattage while bright enough to easily read your menu – was filled with nearly every dining demographic: businessmen passing around plates of meats and cheeses; tourists; families with young children; an elegant woman with blond, Rachel Maddow hair falling over; a young woman with a much older man and us — a 40-year-old guy with his 62-year-old friend. The staff, dressed uniformly simple, has ninja techniques, a sixth sense where they foresee you wanting something, appearing tableside for your every need. 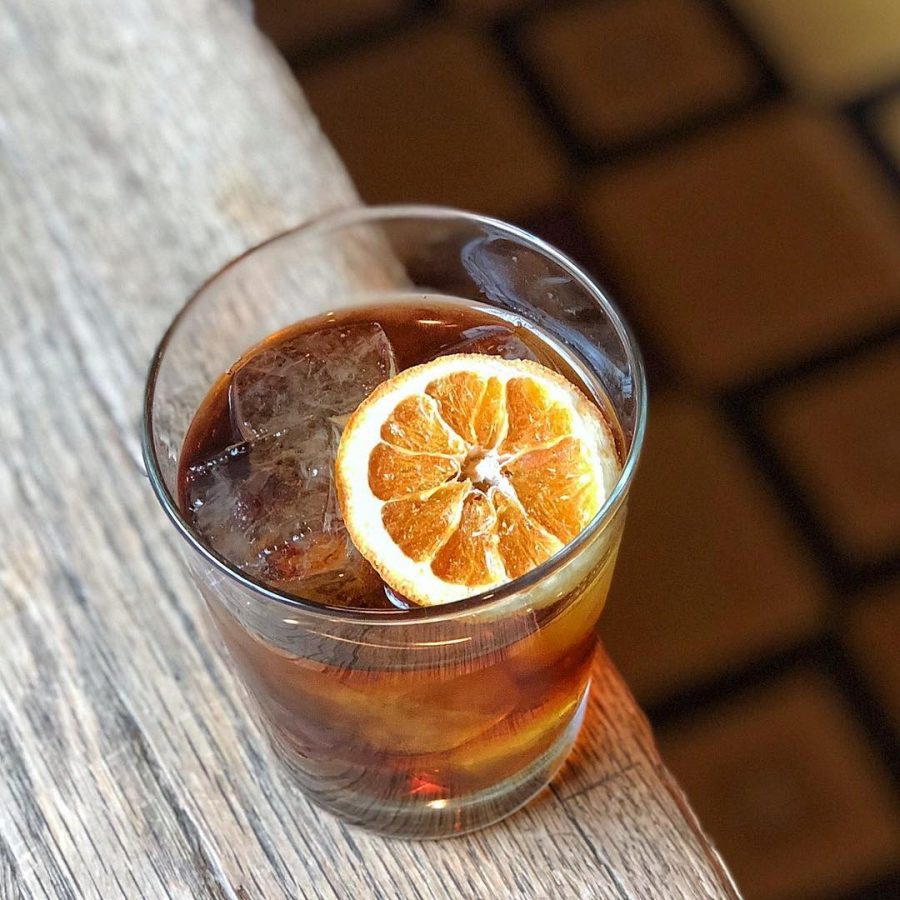 Manhattan Speziato. The sweet nectar of the Roman gods, for sure

We started our meal with the fegato, chicken liver mousse with Concord grape jam and slices of toasted Italian bread with a crust similar to a baguette. Sorry, PETA, but this creamy dish is why we should eat meat. The pairing with the jam may have me replacing peanut butter with fegato forever.

One of Maialino’s most extraordinary dishes is a beautifully prepared spigola, a salt-baked sea bass for two, presented to you before the salt encasement is cracked and removed. Spigola takes about 30-40 minutes to make. It’s the soufflé of the 21st century.

When the spigola arrived, it was plated for us on separate plates. That’s not how it’s supposed to be served. It should be brought to the table on one large platter, and the diners serve themselves, forking apart moist, perfectly salted (i.e. not too much) chunks of fish. And, unusually, the fish was cold. (These things happen. It’s all about how the situation is handled and resolved.) We politely informed the staff and without hesitation they swept the plates away from the table like a NASCAR pit crew, apologized, had a new sea bass made for us; the manager came to apologize; someone well-dressed came with a plate of prosciutto di San Daniele and buffalo mozzarella to tie us over while we waited another half-hour for spigola number two. (I think they worked for the restaurant… I guess it could have been a customer who just felt sorry for us.) One bite of this milky cheese will make anyone who’s lactose intolerant want to tolerate it.

We drank more, too. I mean, for full disclosure. So, you know, life didn’t suck. 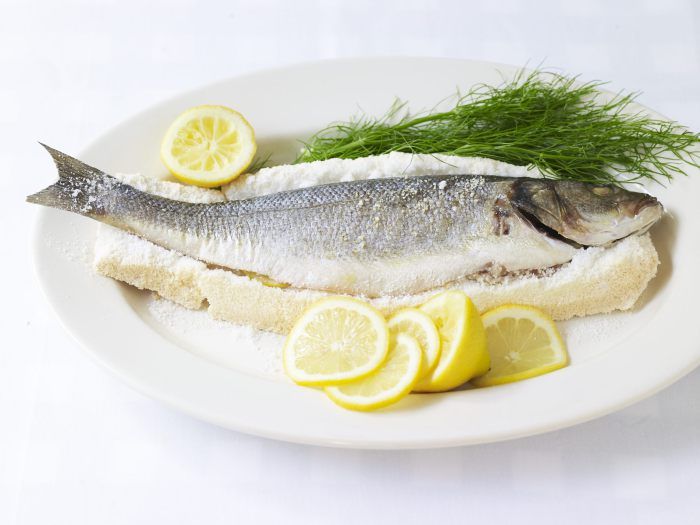 The spigola is presented to you before it’s cooked, eventually to perfection

Spigola number two came and was absolutely worth the second wait. It was served on a platter, flanked with Funghi Trifolati, mushrooms with white wine and anchovy and a bed of greens topped with the bass’ skin fried to uber-crispiness. The juices from the fish added flavor to every forkful. And as someone who doesn’t eat mushrooms, I unequivocally loved these mushrooms. 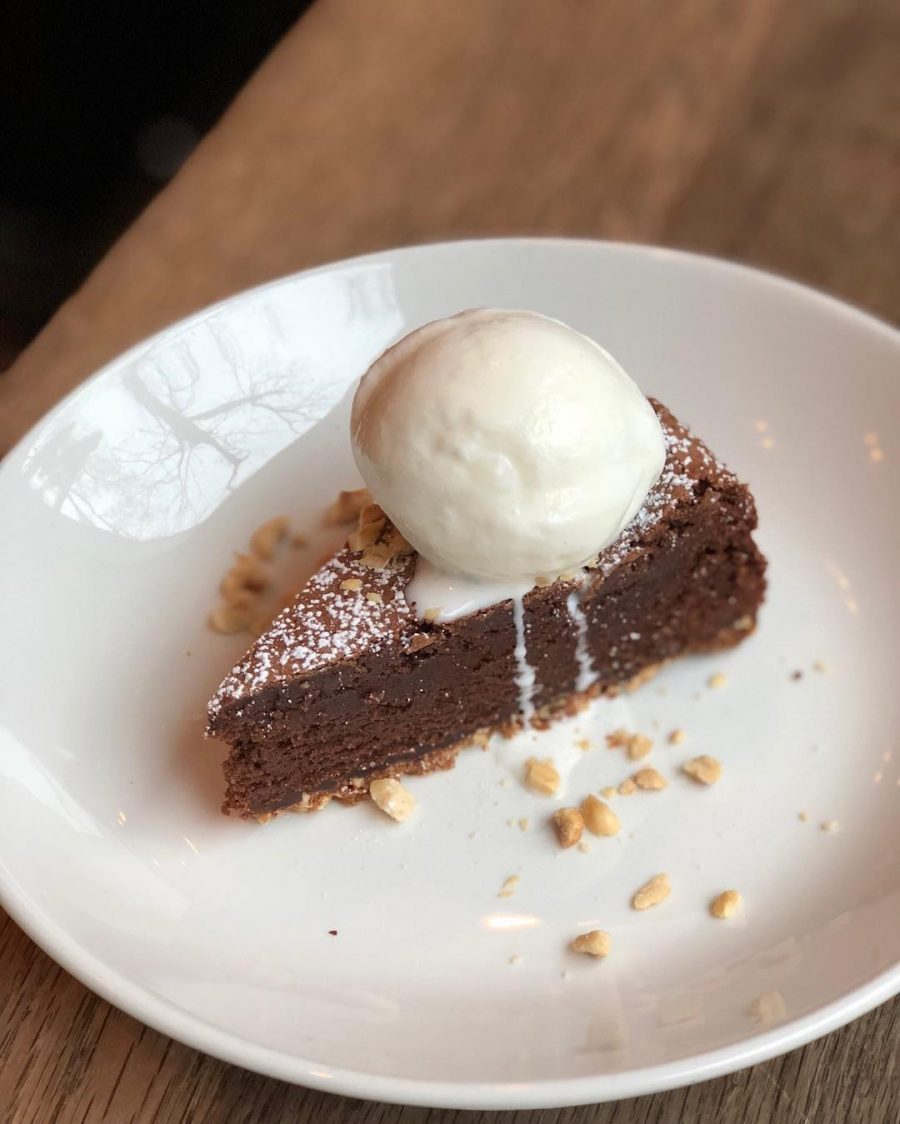 Happy birthday to me! The Chocolate Hazelnut Cake is the gift that keeps on giving

We could have bypassed dessert, but, I mean, we were out for my birthday: Chocolate hazelnut cake topped with a dollop of fiore di latte, a semi-soft cheese that’s similar to mozzarella. Thankfully no candle. Although enjoying a meal like this is a wish come true.

When Danny Meyer, of New York’s Union Square Cafe immortality, shared Eleven Madison glory, and most recently of Shake Shack going-public-unfathomable-success fame, opened Maialino in 2009, he was taking a big chance in a big space in a hotel that had finally remodeled after decades of slow, graying decline. And he chose to concentrate specifically on Roman cuisine, as opposed to wider, safer, general Italian. But the restaurant is one of New York’s best of any genre, and a very difficult reservation to score on short notice. Danny got the unusual name (it means “little pig”) from a nickname given to him when he was apprenticing in Rome, where the restaurant staff made it a pun, to mean “little Meyer”.