It’s St. Patrick’s Day rather soon, and before everything turns that color green and we’re talking about leprechauns and emerald beer jugs, I would much rather talk about Irish food — “macushla, cushlamachree.” And when I say Irish food, I mean the cuisine from the Republic of Ireland, or as locals call their part of the island, Eire — and I am leaving out Northern Ireland (because they had their spotlight with all that Game of Thrones filming).

Contextually, Irish cuisine is a little more difficult. When last did you call a friend and say “I would just love to have some Irish dinner tonight?” Irish Pub, well, of course, now we’re talking. But Irish cuisine has some branding work to be done. Luckily I am the perfect person to explore Irish cuisine with, as I am open and ready for just about anything. Bring on the Blaa, the Boxty, and Coddle please — all with a side of Colcannon. Right?

So until very recently I didn’t know what any of those things were either — and I’m not telling you, the joy is in looking them up, or ordering it blindly next time you’re in the homeland. Growing up in London, I didn’t think much about Irish cuisine. Irish pubs were everywhere, but the Irish food in my silly mind were simply potatoes and plenty of stews – and maybe a vague memory of some soda bread. But FarePlate, a New York city event happening on March 9th, focuses on celebrating Ireland and building awareness around the quality of food, drink and craft products, and so is helping the narrative shift a wee bit. Maybe I can even pick up a soda farl there — it’s all so “un-industrialized” that any food geek could totally get into it.

Bridget Bray, the founder of FarePlate, says “Ireland’s food renaissance may actually be underway right now — through its culinary leadership, the burgeoning artisan scene, the continued commitment to quality and sustainability by the Irish food board, Bord Bia. There is still more opportunity to change perceptions and build awareness for those outside of Ireland.” 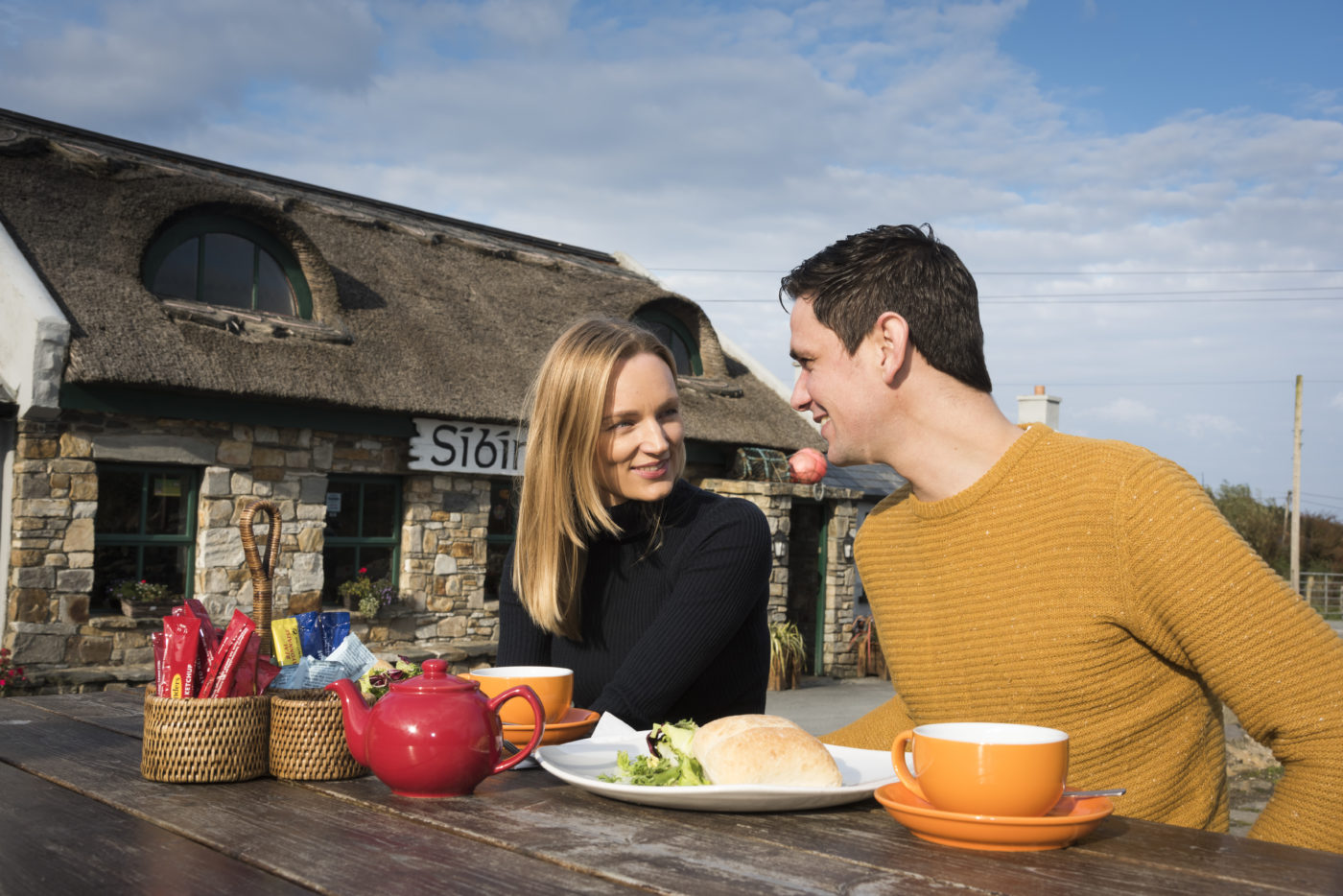 Al fresco at an Irish cafe in the countryside***CIE Tours***

“I really think people are surprise to find such great food when they come to Ireland, which is wonderful, but it begs the question as to why they did not expect it to begin with” ponders Cliodhna Prendergast, who co-runs Lens and Larder, a photography and writing workshop based around food in Ireland. “Traditionally the world would have viewed Irish cuisine as being unexciting, coming as we do from a landless peasantry without a culinary tradition during English rule. Over the decades there has been an emergence and an appreciation of great cooking championed by people like the late Myrtle Allen from Ballymaloe House.”

And Garrett Hinton, who is a Product Manager with CIE Tours, specializing in foodie tours to Ireland — yes, those exist! — agrees: “Irish food was often associated with more predictable “pub fare.” Now travelers will find the Irish are coming to the forefront of the culinary arts – everything from the quality of the food to its presentation have been rethought.”

Even I would love to see less shamrock and pub-iness and actually uncover the beauty of the mysterious island of Ireland – I am willing to throw Northern Ireland into this too. I mean there are misty mountains, natural salts from the sea, every possible shade of green, free traipsing fauna and flora, and let’s not start on those gorgeous rivers and deep lakes and what kind of protein you can fish for there. It’s a food paradise deli, really.

“Unfortunately, the world sees Irish food as bland and over cooked,” says Judith McLoughlin, who runs tours with special cooking classes in Ireland. “But wonderfully so, Irish cooking is going backwards to move forwards and is embracing the natural resources found in and around our island. This new wave of confidence is moving away from fried food introduced to us after the war by other European cultures and going back to the fresh, pure ingredients prepared simply but with flair and interesting design. The recent influx of Eastern Europeans have stirred up an interest in foraging and cooking with vegetables, herbs and flowers growing in our hedge-rose, forests and mountains.” 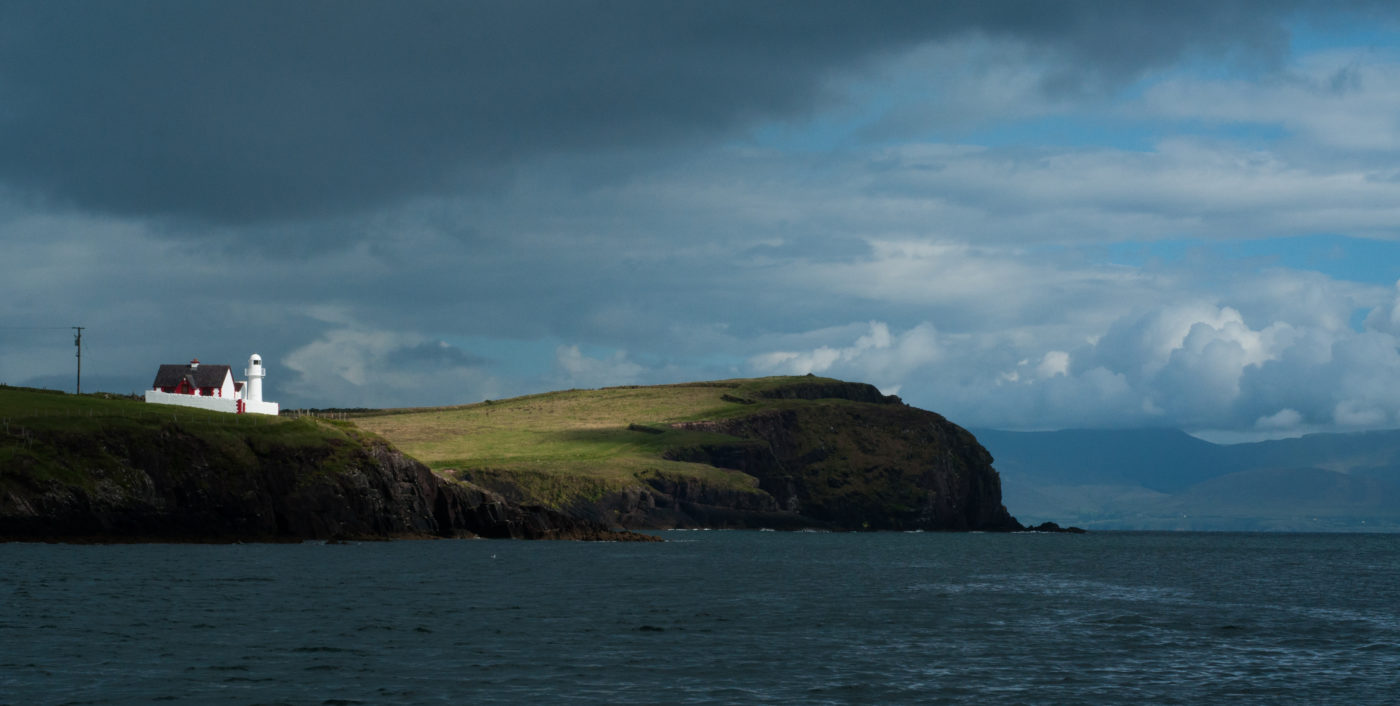 But sometimes you really have to look right back, in order to look a little ahead. Or so thinks Robert Lee Mulcahy, Ireland-based entrepreneur and co-founder of The Guerrilla Gourmet Club, who says: “Historically the cuisine of Ireland is founded upon the crops and animals farmed in its temperate climate. After a wave of change in the 17th and 18th centuries, where a lot of the grain and meat products were seen as “Cash Crops” and shipped out to feed the British armed forces and cities in the British Empire, the humble potato became a food staple in Ireland, given that it was affordable to the poor.”

Because truthfully, Ireland was England’s larder, to put it politely. The land was farmed and the produce shipped off to the emerging cities of England to fuel the industrial revolution. “The Irish were left with the bare basics and this is why our cooking methods did not develop,” adds Prendergast. Ironically this agrarian tradition and lack of industrialization is what makes the Irish food sector so special today. We never gave over our lands to heavy industry, and today, instead of rust belts, we have rich and fertile land and a strong tradition of working that land.”

Joseph Mallol is the executive chef at The Dead Rabbit, a mid-19th century style Irish drinking saloon in New York, and he’s made it his mission to elevate Irish food this side of the farraige. “In my experience, Irish cuisine is simple, yet filled with great history,” says Mallol. “For example, I’ve been working on making Irish breads for a bread basket we are putting on the menu, and the overwhelming response from people willing to share their family recipes is at the heart of Irish cuisine and its culture.” 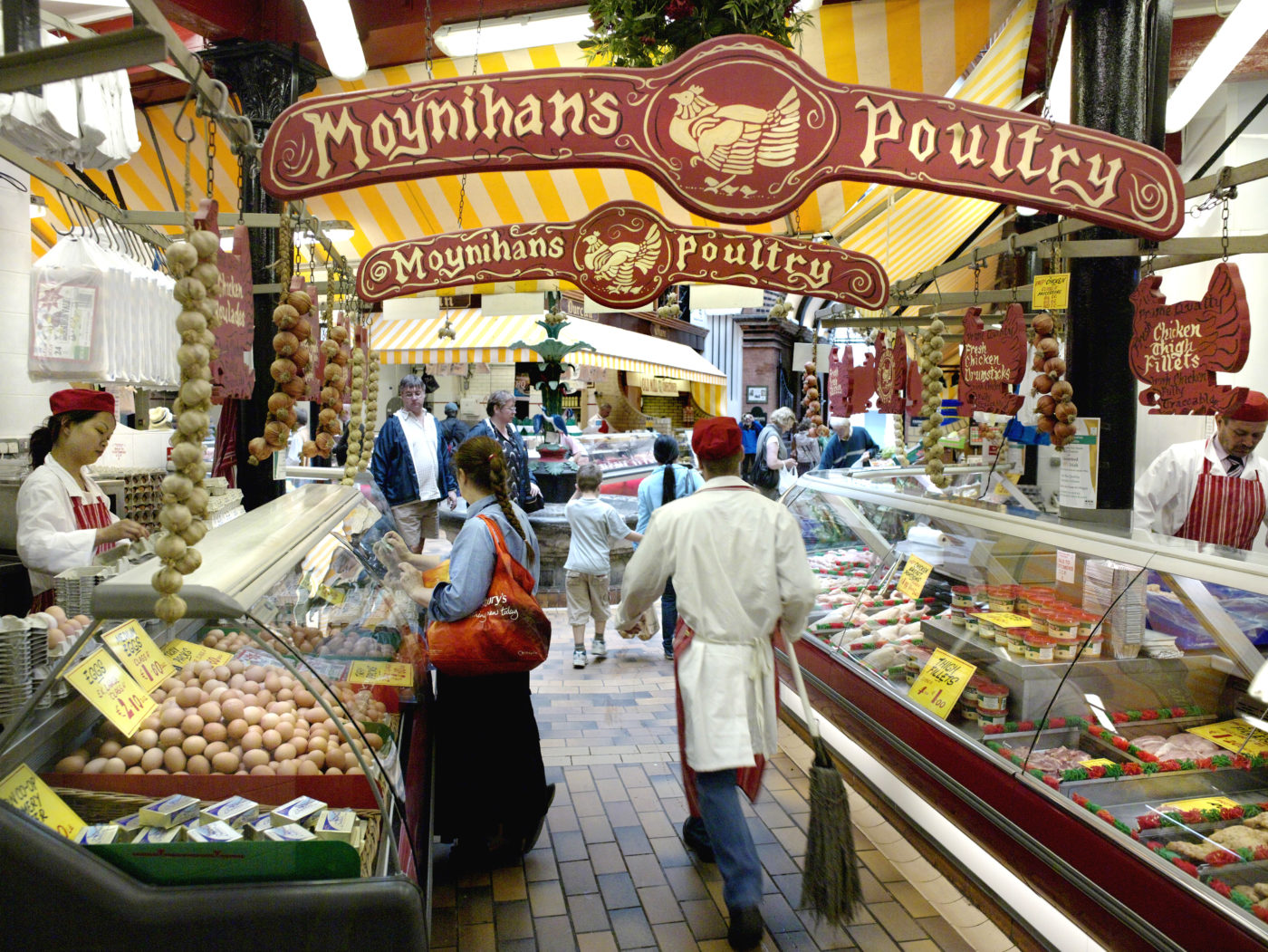 So what we’re looking at today is a compelling culinary scene: Eire (and we’re adding Northern Ireland into this one) now has 2,400 restaurants,160 farmers’ markets, 60 food festivals, 40 cookery schools and a growing number of whiskey and gin distilleries, a willing audience — plenty for a little island I’d say.

As Slane Irish Whiskey’s co-founder and director, Alex Conyngham notes, “Ireland’s reputation as a foodie destination is growing, and we now have 19 Michelin-starred restaurants on the island.” Even the Irish Tourism Board, a government body that covers both Ireland and Northern Ireland, has started initiatives including “The Wild Atlantic Way” and “The Ancient East”, to further promote the entire Island of Ireland  as a Food Island (say that a few times and fast). And with the current position of Britain’s exit from the European Union, it is forcing Irish producers to focus more on new markets in addition to increasing export volumes to mainland Europe.

I figure the Germans will love Irish cuisine, I can’t wait for the French to start discovering it.

A few Interesting people in Irish Food Right now to hunt down on your Ireland trip according to Cliodhna Prendergast: 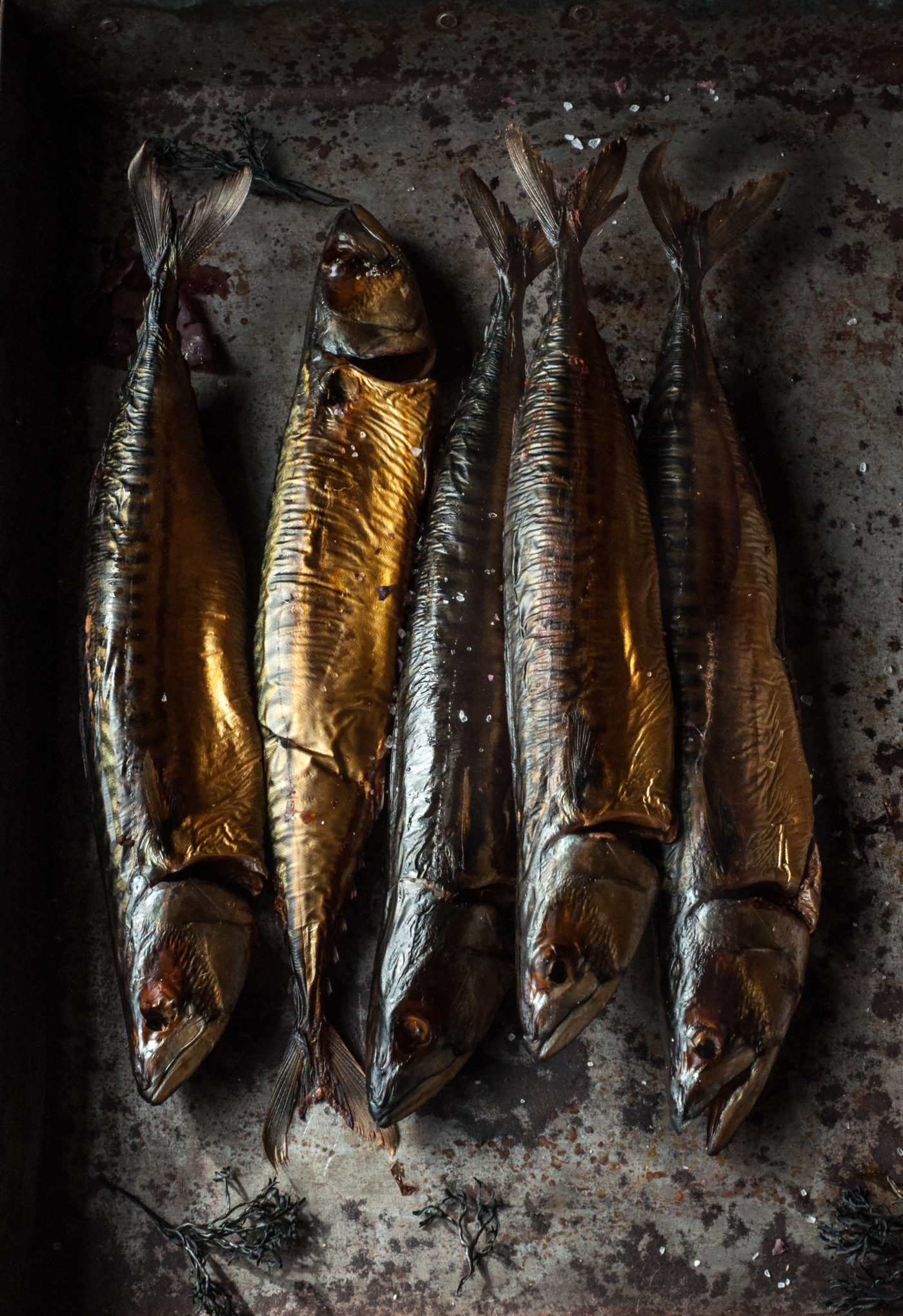 William O’Callaghan making vinegars and cider on Longueville House estate where his mother ran a country house hotel and his father made apple brandy.

The McNally Family organic farm is a perfect example of intergenerational farming, growing with the seasons.

The great bakeries like Riot Rye and Firehouse Bakery who are baking amazing breads but sharing their knowledge in their baking schools.

St. Tola’s goats cheese is a wonderful example of next generation food business although not in the same family and the by product of their goats milk, the surplus male goat kids are used for delicious goat meat.

Toonsbridge Dairy who make a whole range of Italian style cheeses with Irish Cow’s milk and have brought water buffalo to Ireland, where they thrive on grass and the wet climate, to make buffalo mozzarella. Toby Simmons is the magic man in this instance.

Bernard King’s Connemara Mountain Lamb has been doing a wonderful job in getting organic certification for his mountain lamb, the lamb is all almost organic in this area with just a small amount of meal fed to the sheep in winter.

Killary Fjord Shellfish who have built a wonderful natural mussel farm business in a very rural part of Ireland. 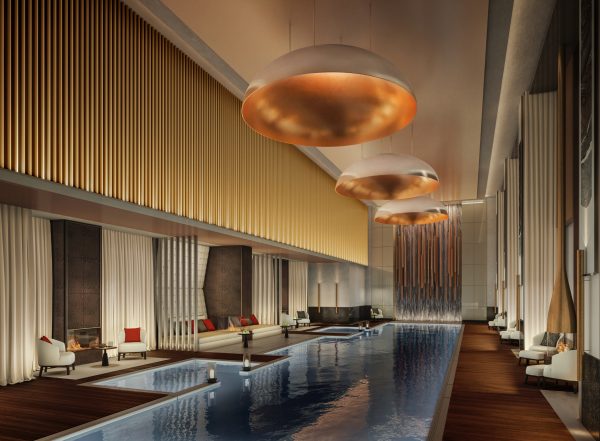