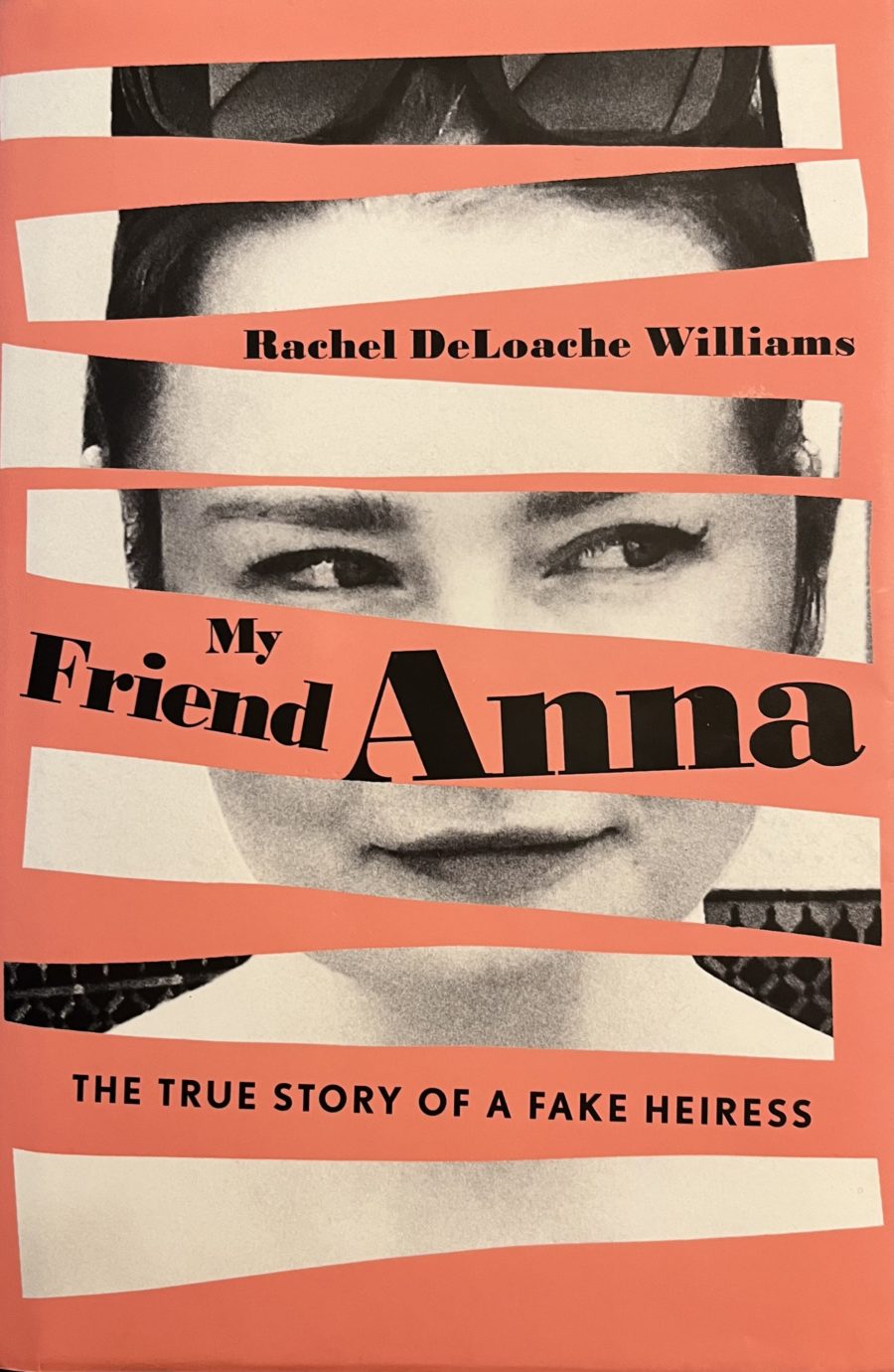 MY FRIEND ANNA: The True Story of a Fake Heiress By Rachel DeLoache Williams,

Having read some surprisingly (unwarranted) mean girl reviews of this book, I still wasn’t dissuaded from ordering it. And happily so. Man, oh man, what a wild ride it is. Whether or not you’re following the latest Anna Sorokin Delvey scandale (she’s now an artist) the memoir is a mesmerizing and occasionally cringe-making recounting of Anna in action and her mark/hapless sidekick, Rachel.

Rachel readily partakes in the seductive rich and famous lifestyle her BFF offers for free (red flag alert), such as sharing Anna’s ongoing $300 personal training sessions, endless dinners at Le Coucou and other hotspots with unlimited high-end beverages, many infrared sauna jaunts and massages, and in general tags along as companion to Anna’s $$$$ glam ride. Eventually bamboozled into laying down her own credit card to pay a hefty La Mamounia hotel bill, the adventure pivots from gilded carriage to pumpkin, when Anna doesn’t reimburse her for the temporary “loan” as promised.

Darkly fascinating are the numerous – and authentic, we assume – text exchanges presented between the two, as Rachel pleads to get reimbursed for the hotel bill and Anna check-is-in-the-mail strings her along for weeks. Finally desperate, Rachel resorts to outside intervention. The few glossy women’s magazine bits about Anna’s personal habits, like $400 eyelash extensions, and penchant for Balenciaga bags and all black garb are sheer gossip girl froth. But in the book, Rachel doesn’t veer much from her purpose – to reclaim her cash, dignity, and peace of mind while recounting a New York fairytale (and certainly not the first) gone bad. 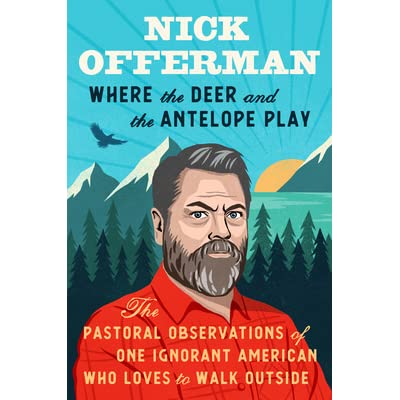 WHERE THE DEER AND THE ANTELOPE PLAY: The Pastoral Observations of One Ignorant American Who Loves to Walk Outside By Nick Offerman

Nick Offerman is America. Not today’s America. But the America that’s tough and gritty, would roll up its sleeves and pull itself up by its bootstraps. If Nick Offerman ran for office, I would vote for him. His beard would make a very commanding Secretary of Defense.

The actor and carpenter – yes, for those who didn’t know, Nick is very good at making things – loves the great outdoors. He wants folks to understand and protect them, and, of course, experience them. Heck, let’s just start at acknowledging they exist. America is filled with national parks (there are 423 of them) and Offerman takes you on three humorous journeys to them, including one to Glacier National Park with musician Jeff Tweedy and writer George Saunders, and another with his wife Megan Mullally, in an Airstream, across the United States, furthering his relationship with the land he loves. 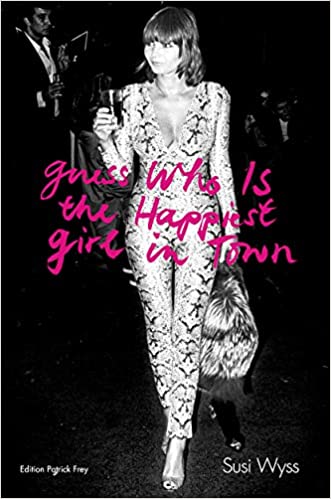 GUESS WHO IS THE HAPPIEST GIRL IN TOWN? By Susi Wyss

Perhaps more sentimental about money than men, Susi Wyss was a popular companion and call girl to celebrities of the day. She was an early “It” girl and held exclusive weekly dinner parties for the rich and famous. Most notable, she was paramour and best friend to John Paul Getty III (yes, of the ear incident), who bought her the Paris apartment she still lives in today.

If there were ever a feminine companion volume to Giacomo Casanova’s memoir The Story of My Life, this might be it. Refreshingly straightforward, Susi spares no detail sexual or otherwise, and even more refreshingly, there’s no hint of the increasingly used ghostwriter (easy for an any experienced reader to spot) or “as told to” narrative. She tells her own story in sexually picaresque format, moving from one sexual exploit to the next – no guilt trips or regrets.

The foreword to the book sets the scene. A woman’s life from 1938-1978. Susi writes, “At 35, the age people normally retire from this particular line of work, I started working as a part time call girl, entertaining a select clientele of politicians, film stars, lawyers, powerful businessmen, doctors, artists, etc. Soon unable to satisfy the demand, I recruited amongst my curious, willing girlfriends and picked up suitable pretty girls at parties and nightclubs.” Soon Susi’s reputation rivals that of Paris’s top brothel owner Madame Claudette, whose establishment, incidentally, Catherine Deneuve visited while doing research for her role in Belle de Jour.

The memoir includes an array of photos both raunchy and innocent, including some surprisingly dreamy and romantic nudes of Susi taken by Helmut Newton. We don’t have to guess who the happiest and sexiest girl is at the party.