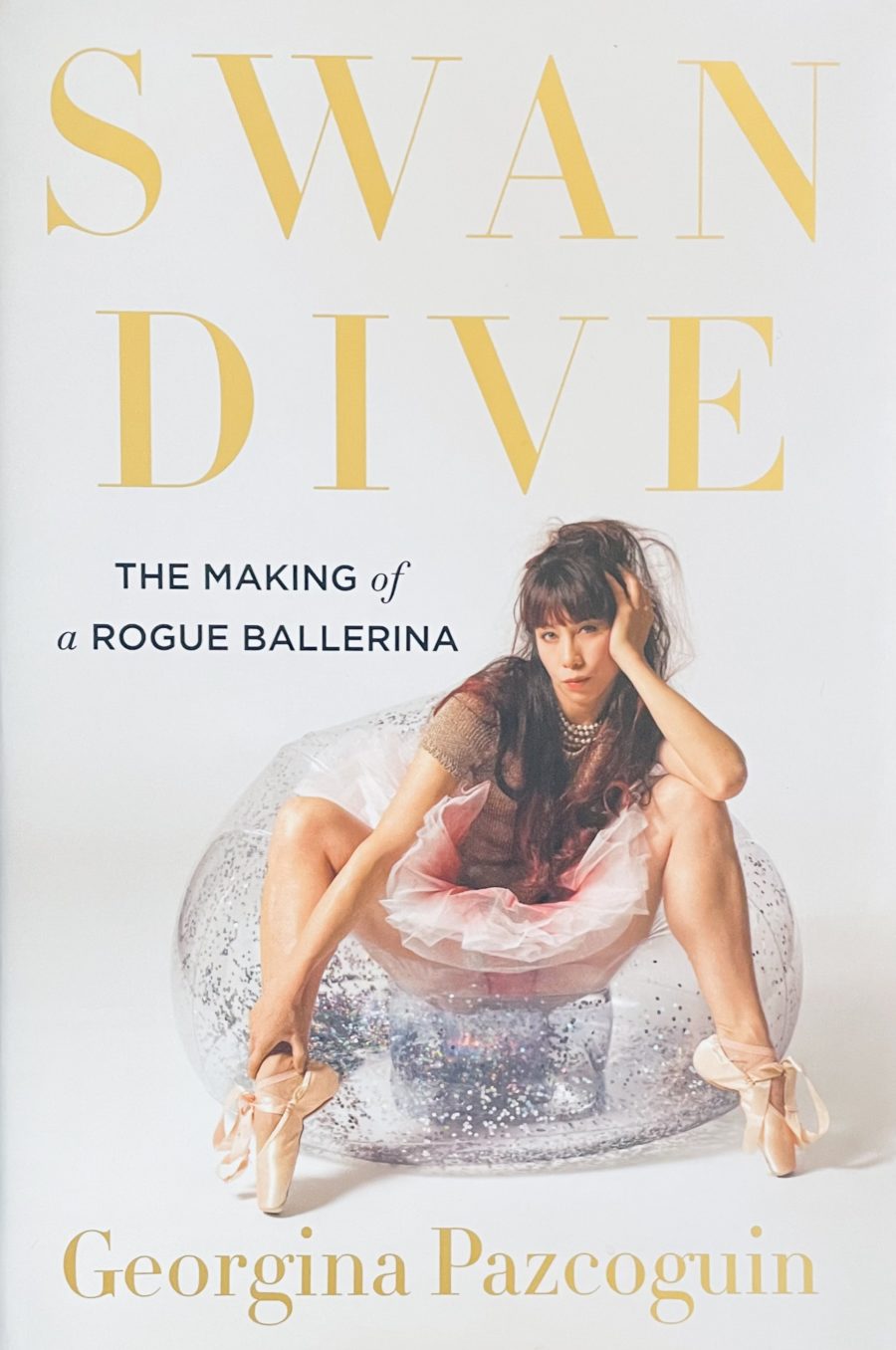 Swan Dive: The Making of a Rogue Ballerina by Georgina Pazcoguin

I always rub my hands together (metaphorically) with anticipated glee when a new ballet memoir is published. Swan Dive by former New York City Ballet Company ballerina has the expected good, bad, and ugly. Fun to read are descriptions of backstage life, daily company class, and the general carryings on of company dancers. There’s a lot of partying hard — drugs, sex, passing out from alcohol and substance abuse — the whole bit. Though singled out as a gifted dancer from an early age, Pazcoguin writes that as a bi-racial ballerina — Filipino and Caucasian, she didn’t have an easy path to the top. She details incidents of psychological abuse from a former company director, and is devastated when he fat shames her early in her career. After unsuccessful attempts at diet and spot reduction, she resorts to liposuction on her thighs, though keeps it secret from the other dancers who are, she says, a highly narcissistic and cut-throat-competitive lot. Pazcoquin documents her slips and falls on stage and confirms, if we didn’t already know it, that effortless dancing on stage takes a lifetime of dedication, sweat, and tears. There’s quite a bit of potty mouthed vulgarity on practically every page — maybe verisimilitude or maybe writerly shortcut to underscore the author’s aggressive, tough chick, badass ballerina nature? If you love ballet, read the book. 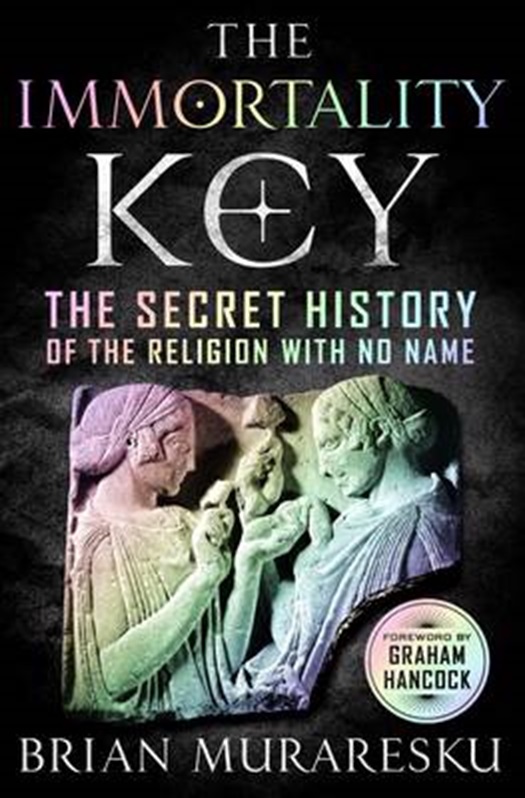 The Immortality Key: The Secret History of the Religion with No Name by Brian C. Muraresku

There was once in ancient Greece a most famous and most spiritual place called Eleusis.

Everyone who was anyone — Socrates and Marcus Aurelius for starters — journeyed there to partake in a sacred ritual that some, including author Muraresku, believe climaxed with the drinking of sacramental wine spiked with psychedelics. This potion caused a trip that included complete ego death and the strong conviction you were experiencing immortality. For years afterwards the initiates felt this mystical experience had removed their fear of death. Theory has it this ancient pagan religion which reached back thousands of years before it was outlawed in the year A.D. 392 also influenced the Christian rite of tasting wine at holy communion. Next time you visit Athens, know that less than an hour’s drive away you can walk the ruins of Eleusis and stand in the place where the sacred ceremony was enacted. The vibe, even over two thousand years, is still haunting and mystical. 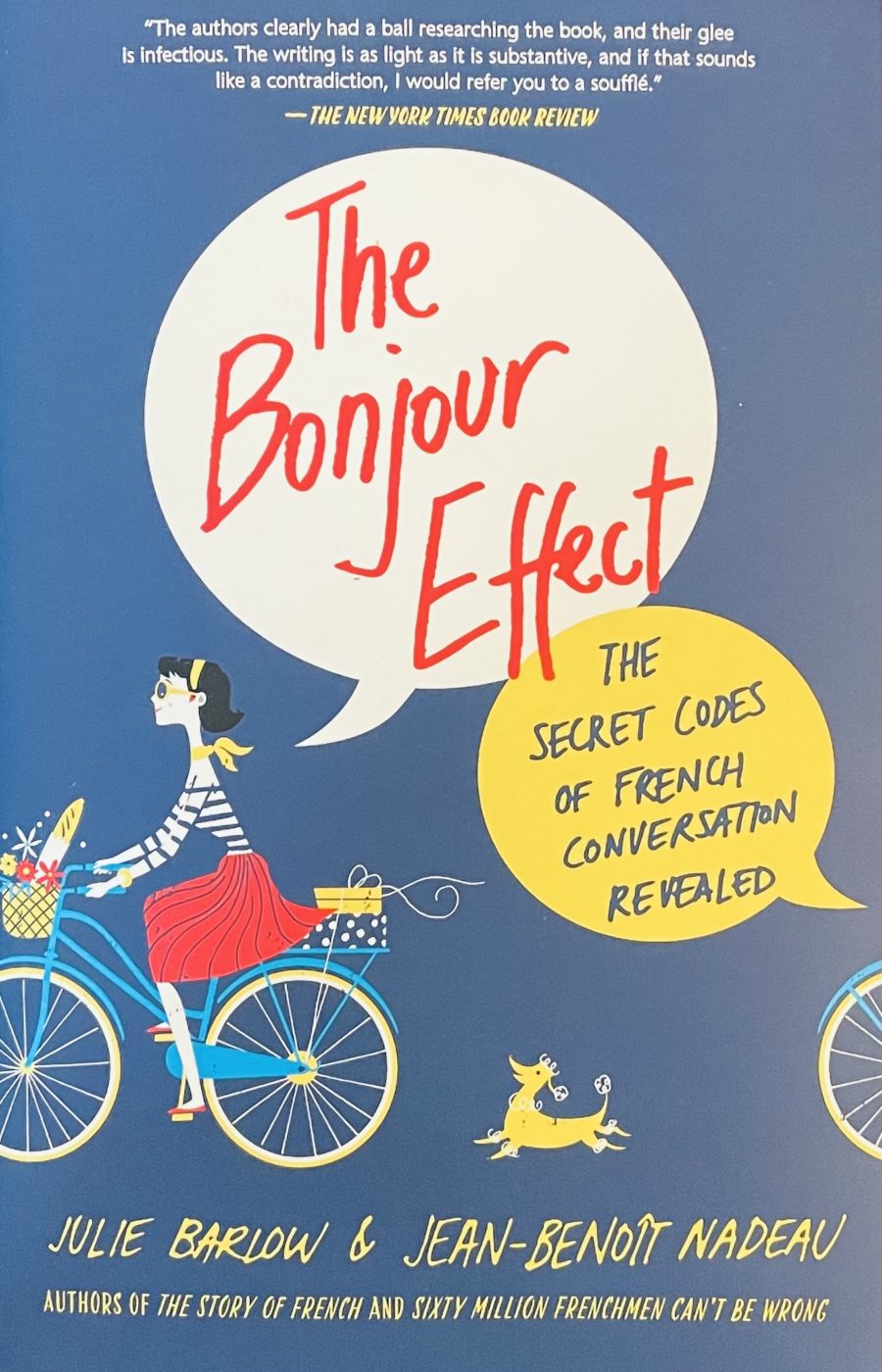 The Bonjour Effect: The Secret Codes of French Conversation Revealed by Julie Barlow and Jean-Benoît Nadeau

The Bonjour Effect had me at, well, bonjour. But there’s a whole lot more in this superbly readable primer about why the French bonjour each other all the time. The French-Canadian authors who lived in France with their two young daughters had ample time to observe and decipher French culture, from the educational system– strict, with a lot of memorization and emphasis on philosophy — to how to best comport yourself at a dinner party (and get invited back) — don’t ever be boring and make sure to disagree with what everyone else says. You might be surprised to learn why the French complain all the time (at least, by American standards), and yes, all roads do lead back to the ancien régime and fear of being ridiculed — it will all make sense when you read the book. Even if you are French, you’ll be amused and might learn a thing or two in this book that strikes a lighthearted tone while diving deep into cultural study. Very French, indeed.