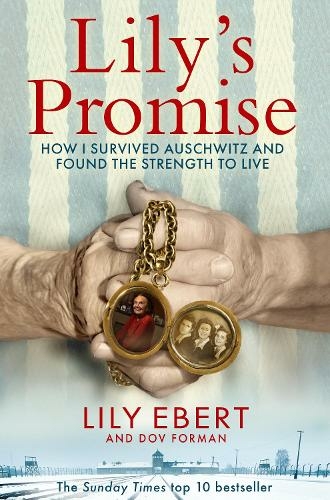 LILY’S PROMISE: How I Survived Auschwitz and Found the Strength to Live By Lily Ebert

The Holocaust may be the most horrific event in the history of any world. It’s extremely difficult to talk about – and I’m talking about people who have no connection to it. You would think that sentiment would be shared by survivors, too. However, 76 years after overcoming the camps, they still want their experience told for all to learn. Lily Ebert is one such survivor. Her memoir was brought to life by her great-grandson Dov Forman (Lily has 34 great-grandchildren) who was separated from her during the Covid-19 pandemic. Her testimony is compelling and moving, as she chronicles her life from happily growing up in Hungary to her encampment in Auschwitz where her mother and two youngest siblings were murdered, to starting a new family in Israel and currently living in London. Anyone wanting to educate themselves further, and so viscerally, on the Holocaust should read this book, an important and touching one.

Note: This book is available for purchase in the UK and will be available in the United States in May 2022; preorder now. 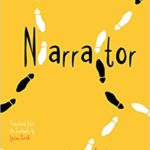 An average fellow, who goes by the name of G., is compelled to play a near absurdist role of private investigator. Through the streets of Reykjavik, he follows the man who has stolen his love interest’s heart. While plotting half-hearted revenge, he trails his rival’s every move from post office to bookstore to shady dealings and narrates the minutiae of day in a life. What will come of it all? Perhaps there’s a clue when G. confesses: “I tend to have trouble deciding what I feel about my own feelings, or, rather, trouble assessing whether what I feel is really what I feel, whether it is in general not simply what I think I should feel.” Brilliantly written by one of Iceland’s most prominent writers, the novel gracefully skates on the ice of deeper human emotions and motivations that lie beneath the surface. 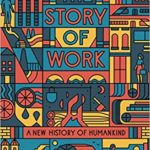 THE STORY OF WORK: A New History of Humankind by Jan Lucassen

College students who take freshman comp classes often start their essays with the presumably catchy opener “throughout history,” until profs run a red pen through the phrase. But once in a very blue moon, as in this rare occasion, can one start a book review with those over reaching words. Here we go…

Throughout history mankind has always worked. The Story of Work makes it apparent in 400-plus pages that it’s sometimes difficult to draw the line between work and mere subsistence, as in the case of hunter-gatherers 700,000 years ago. This expansive, detailed, and truly fascinating book covers an unimaginably huge span from humans at work before the Neolithic period until the present time. We learn, for example, that the earliest humans had a penchant for wearing shiny stones as jewelry, that soldiers were among the first people to receive pay for their labor, that ancient Rome had about the same number of slaves as the antebellum south, that is, approximately 32% of the population. The Story of Work is our story too because we wouldn’t be here if our ancestors hadn’t toiled, yes, throughout history. 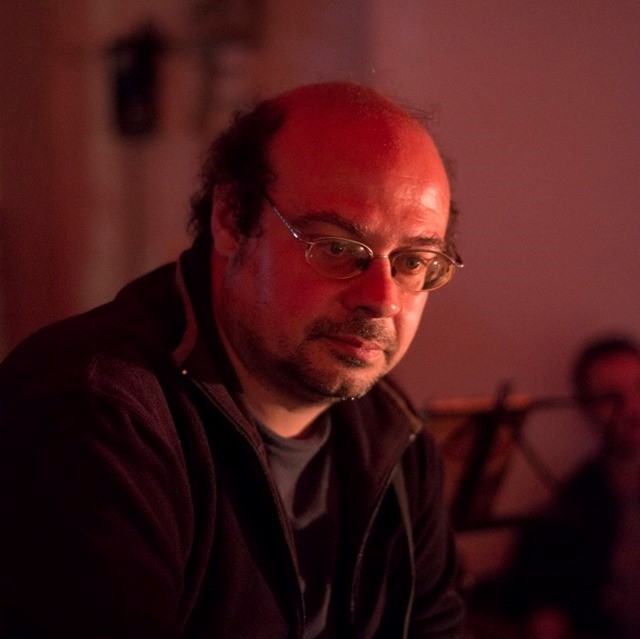 Theoharris Papadopoulos has published nine poetry books and a book of prose (and a poem on WONDERLUST). His poetry has been translated into English, Bulgarian, Spanish, Albanian, Pakistan and Swahili.

What’s on your nightstand right now?

The Lord of the Rings by J.R.R. Tolkien and The Lost Revolution by  Chris Harman.

2.Your favorite place for a vacation in Greece?

Santorini and Loutraki. Santorini for the wild landscape of volcano and the red beach (a beach with red rocks). Loutraki for relaxing at the beach, the nice food and alternative cafés.

3. Is there a book that changed your life?

Yes. It’s the Collected Poems of C.P. Cavafy. I started to love poetry when I read him for the first time.

4. Who or what place inspires you to write?

Anyplace with the sea, especially Venice. I’ve visited Venice three times and have written some poems there. I always write poems on my vacations, especially when I’m on an island.

5. Your favorite restaurant or cafe in Athens?

Dioskouroi and Athinaion Politeia are my favorites. I used to go at Polis Art Café but it closed two years ago.