When I last wrote about John Hodgman, he was talking about vacationing in an undisclosed town in Maine. In his latest memoir, he’s still traveling, but instead of trying to relax along the Atlantic, he’s taking mostly business trips and unpacks his front-of-the-camera and writing work. But these travels have an ulterior motive. Hodgman’s goal is to rack up enough frequent flier miles to achieve top-level status with his “beloved airline.”

Hodgman does not see himself as an A-list celebrity (or even B-list) – his writing, however, is above everyone else’s. Most folks recognize the bespectacled man from his part-time work on The Daily Show and as the “PC Guy” in those Apple commercials. In Medallion Status, he beautifully – and parenthetically – describes his journeys going from a literary agent to navigating the tentacles of Hollywood while flying around the country from film shoot (remember him as Dr. Henry Cotton on The Knick?) to stand-up show to speaking engagement, to stumbling upon one of Yale’s secret societies – all with the backdrop of at least being recognized by his air carrier and being part of their elite society. 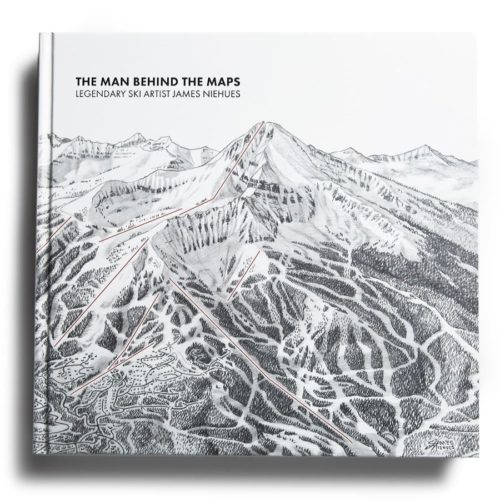 If you’ve ever gone skiing or snowboarding, you’ve most likely checked out the mountain’s trail maps. Ever wonder who draws them? Let me introduce you to James Niehues – your guide across the world’s greatest slopes.

Niehues has spent more than 30 years hand-painting – yes, hand-painting – more than 300 ski resort maps from all over the globe. In this book, there are maps from 150 different mountains, including Timberline in Oregon, Park City in Utah, Lake Louise in Alberta, Canada, and Cardrona in New Zealand.

It takes Niehues, who has been called a magician, four to six weeks to complete just one map. His 11-step process starts with surveying the mountain using topographical maps and satellite images before diving into sketching the map, to airbrushing the sky, adding in details like trees, and finishing it off with the base. Creating maps this intricate is certainly hard to master, like a double diamond. Niehues, on the other hand, makes it look like a bunny slope. 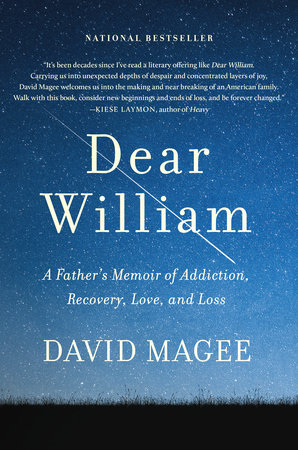 It’s a familiar story, it’s a sad story. Dear William is a memoir by a father, Magee, of his and his wife’s awful and doomed struggle with their son’s drug addiction (and another son’s near fatal problem).

It doesn’t end well. Hell, it doesn’t start well! The first paragraph of the introduction is about Magee being prevented from seeing his son’s body by the policeman guarding the doorway of William’s apartment. The rest of the book is part watching that car crash in slow motion and part confessional from the author of his own tortured life of alcoholism and a loveless upbringing as an adopted child.

The result is more a marathon therapy session than a book. It’s as if the author stood up to speak at an AA meeting and a month later is still talking. If you haven’t suffered the unimaginable tragedy of losing a loved one to substance abuse then this book will not, for all its meticulous writing and bare naked honesty, resonate with you. If you have shared Magee’s nightmare, it may console you.