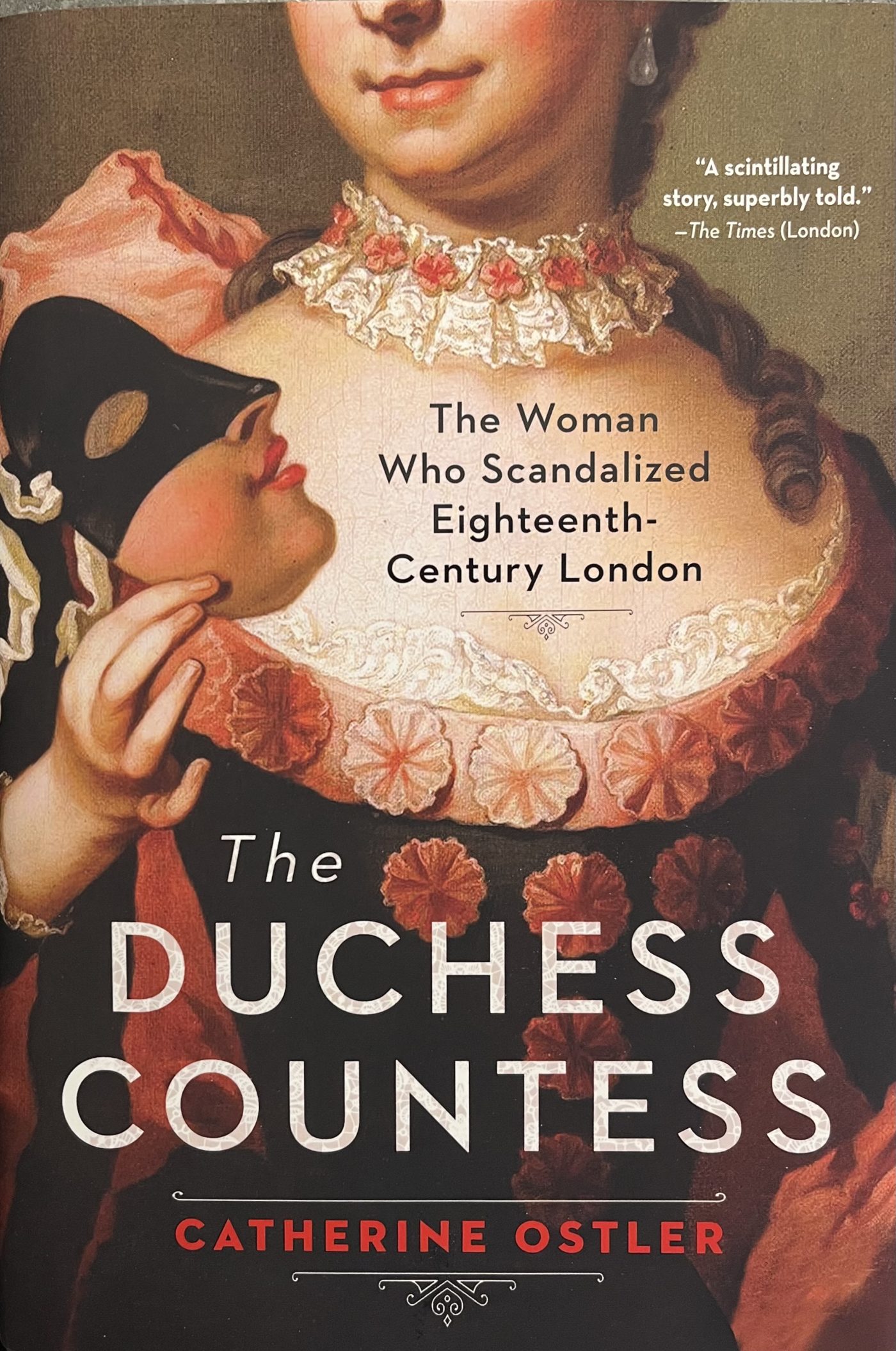 Long before Bridgerton, the series that Netflix tells us has been viewed by over 82 millions households, there was the real Georgian era. And there was a real Georgian era It girl too. She was the Duchess of Kingston, Countess of Bristol, The Honorable Elizabeth Chudleigh or Duchess Countess for short. All of England gossiped and speculated about her trial and its outcome. Her crime? One of the worst of its day: bigamy.

Being extraordinarily rich and pals with the Pope, European aristocracy, and having been lady in waiting to the English queen, Elizabeth’s life was a morality tale unfolding as real life spectacle with more twists and turns than even a Shonda Rhimes series could probably dream up. At her trial, dressed in bombazeen widow’s wear black (with no sartorial detail too small to be described in London papers), on  April 15th 1776 she stood before hundreds who bought tickets to attend her supposed demise. In this meticulously researched biography that also draws from letters and diaries, most notably the famous diarist Horace Walpole who was not an Elizabeth admirer – we learn about the time and how people really thought and acted – the written excerpts so often wickedly witty and erudite. Duchess Countess is full of juicy details about 18th century life when people were different from us and yet so much the same. 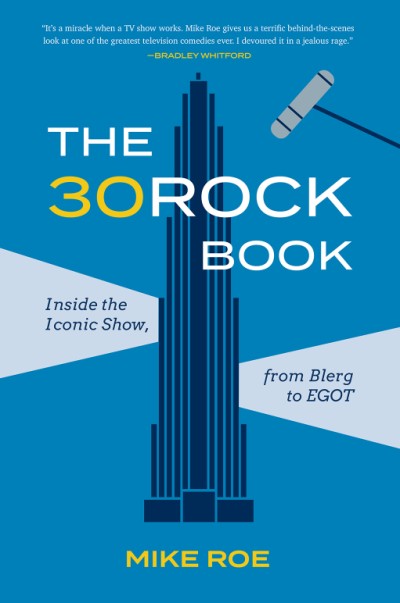 THE 30 ROCK BOOK: Inside the Iconic Show, From Blerg to EGOT By Mike Roe

I love Tina Fey – she’s very sexy. Sure, the glasses add to her allure and she’s naturally pretty, but it’s mostly because she’s smart and funny. Mike Roe’s complete oral history of Fey’s show, 30 Rock, personifies this and shows just how smart and funny the Mark Twain Prize for American Humor recipient is. Not just for her show, but in the history of television.

As the brainchild of 30 Rock (the show, not the book), the former Saturday Night Live head writer took meta to a whole other level. Fey and the writers – sometimes working out of her apartment late at night because she also needed to be home for daughter – would make references within references, asides within asides. It seemed like each episode was a 22-minute parenthetical. You either got it or you didn’t and they didn’t stress if it was the latter.

The show, the 21st century’s Mary Tyler Moore Show, won 11 Primetime Emmys (with 103 nominations!), six Golden Globes and 12 Screen Actors Guild awards over its seven seasons. And, despite being criticized for being “too New York,” left its mark on pop culture: Werewolf Bar Mitzvah, Sandwich Day, I want to go there, along with Blerg and EGOT.

There was also the relationship between Liz (Fey) and Jack Donaghy (Alec Baldwin) which gave off that Sam and Diane vibe.

Not bad for a show that The New York Times described as one that was “perilously close to a flop.” 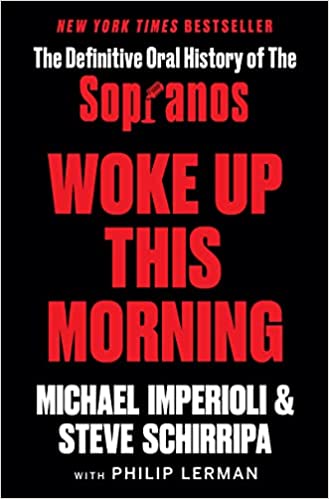 WOKE UP THIS MORNING: The Definitive Oral History of The Sopranos By Michael Imperioli and Steve Schirripa

The Sopranos is considered one of, if not the greatest television shows of all time. Eighty-six times, over six seasons and nine years, Sunday at 9 p.m. was when you can find most of America in front of their TV tuned into HBO and turned the network into a powerhouse in the realm of original TV programming. The show’s main character, Tony Soprano (James Gandolfini), propelled the influx of antiheroes on the small screen (Walter White, Dexter Morgan, Vic Mackey). Even the show’s theme song, “Woke Up This Morning,” became a sensation. Heck, some people even played this as their wedding song…

The book Woke Up This Morning came out of the podcast Talking Sopranos by the show’s two hosts and Soprano stars Michael Imperioli (Christopher Moltisanti) and Steve Schirripa (Bobby Baccala). Together they discuss the ins and outs of making the iconic show through their own experiences as well as interviewing countless cast and crew, including Edie Falco, Steven van Zandt, Oksana Lada (Irina, Tony’s goomar) and show creator David Chase. The stories about casting, the amount of money spent on the music and building sets, and how Chase reveals to the cast when they’re going to get whacked are all hot topics. The hottest might be answering the age-old question: Whatever happened to the Russian in “Pine Barrens?” This is not an episode-by-episode guide, but a high-level view of the highlights from most episodes.

The main theme throughout this book is how James Gandolfini (Jim to those in the know) was the actual boss behind the scenes. This larger-than-life man – who was a large man – was caring and generous (bought gifts for crew members) and was patient with every actor and every scene. He brought out the best in everyone and died a very revered man. In the end, whether Tony died or not when the series finale cut to black, Soprano is one of the greatest characters in television / mobster history.