To international shock and dismay, Notre Dame Cathedral in Paris caught ablaze a year ago on April 15th, 2019 and the future of the 857-year-old landmark still hangs in the balance.

In January, General Jean-Louis Georgelin, who is heading the restoration project, echoed President Emmanuel Macron’s estimate that the cathedral could open within five years, in time for the 2024 Olympics, hosted by Paris, but the task at hand is getting more complex as the days go by.

Even before the current COVID-19 pandemic, prospects for the turreted tourist destination, which once drew 13 million visitors a year, were grim. In December last year, rector of Notre Dame Monsignor Patrick Chauvet gave the restoration project a 50-50 chance of coming to fruition. 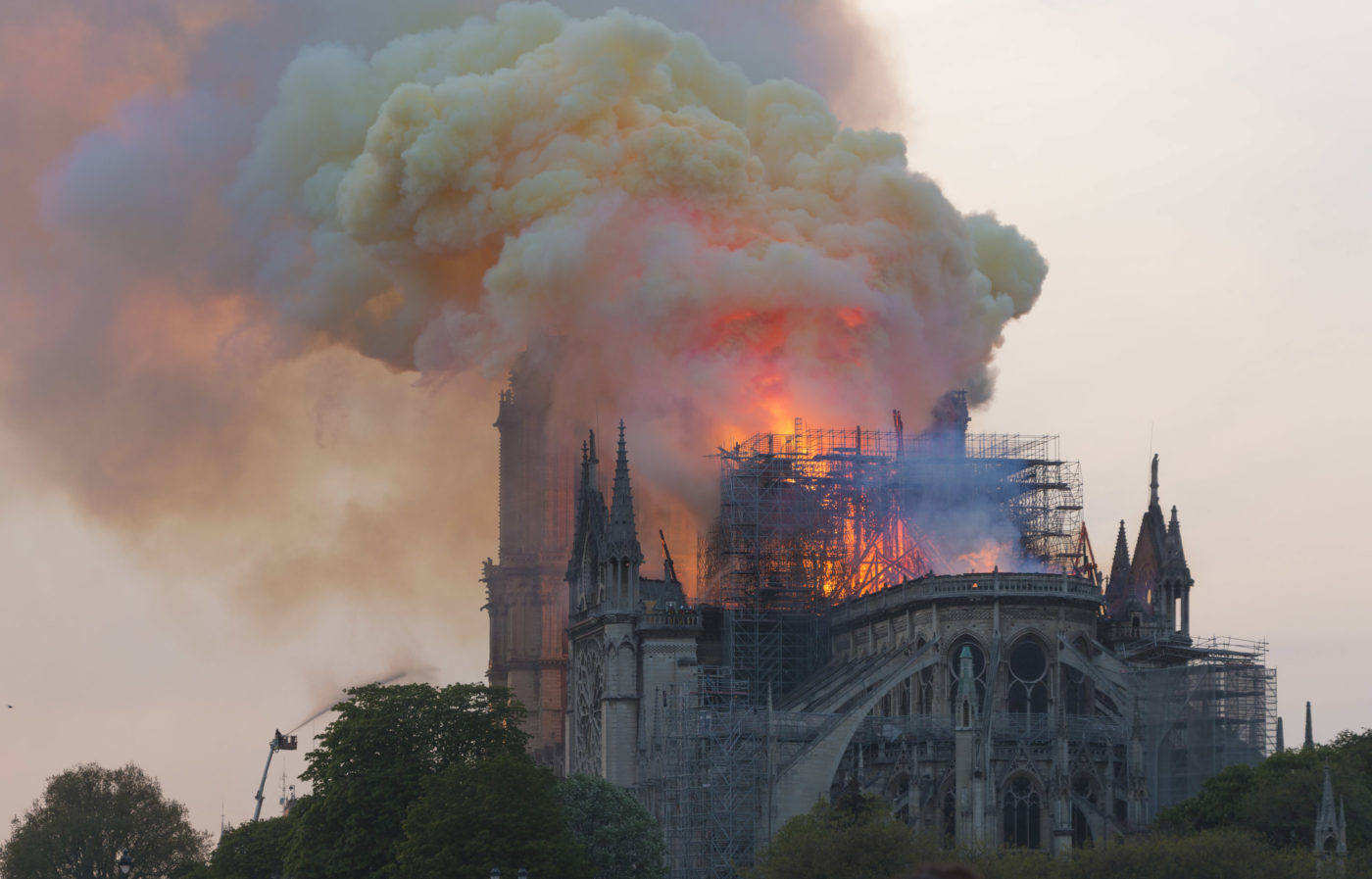 Before any restoration can begin, 40,000 pieces of scaffolding that were welded together by the blaze will have to be taken down. Workers have to be lowered into a maze of metal pipes by crane in order to slowly disassemble the mess without further damaging the fragile medieval Gothic building. Back in January this year, this process was estimated to take at least four months.

Once the scaffolding is taken down, the cathedral, whose iconic spire fell during the fire, will need to be cleared entirely of lead before the parliament commission can make any decision about how to rebuild. Scientists from the Historical Monuments Research Laboratory have been charged with the intricate task of removing a coating of lead from fragile materials like stained glass and ancient limestone without further damaging the building. For this, proposals range from chemical-free baby wipes to cleaning with lasers.

With concerns over lead toxicity, anyone who enters the cathedral must undress and don paper underwear, safety suits and a protective mask. In order to protect themselves from lead toxicity, workers must shower and change their protective gear every two and a half hours before resuming work. This has resulted in workers taking showers five times a day or more. 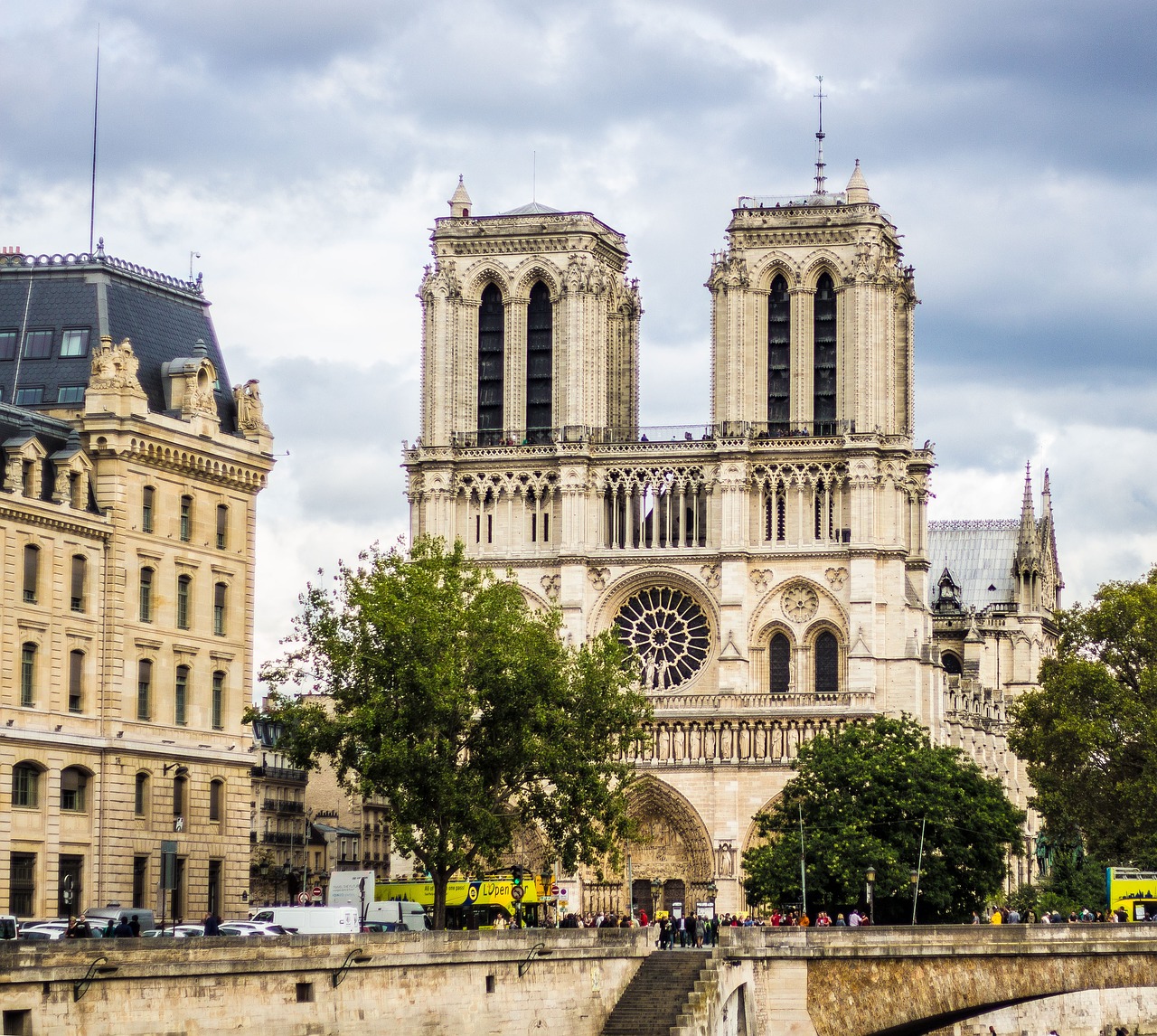 The iconic landmark, the way it once was, and hopefully will be again

As COVID-19 spreads through France, the Notre Dame project, which drew $1 billion in pledges, has been put on hold, and the building, situated on a small island called the  Île de la Cité, in the middle of the Seine, has been shut down entirely. This situation, in combination with social distancing measures, have made the landmark vulnerable and there have even been reports of looting. Cynical opportunists have attempted to get their hands on sacred rubble from the disaster.

Yet and still, the church holds out hope for Notre Dame. On Good Friday, Michel Aupetit, the Archbishop of Paris, and three clergymen donned hard hats and performed a service along with a violinist clad in protective gear. The service was closed off to the public, but was live streamed in an effort to spread some optimism during this grim hour. In front of the collapsed dome, the Archbishop prayed, “Yes, Lord, come to show us that you are not abandoning us.” 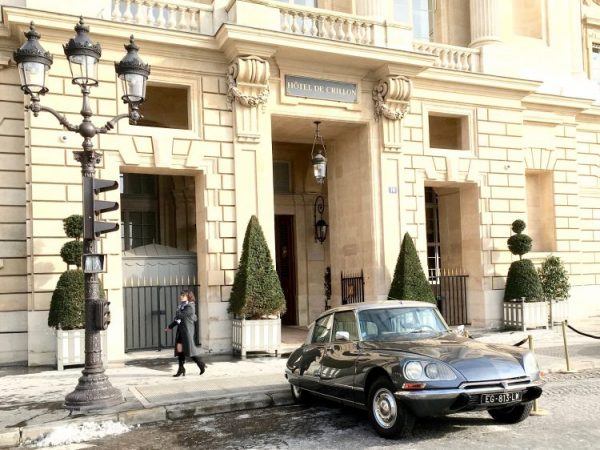