When you hear “Ritz,” you immediately think luxury hotels. Author (and founding member of WONDERLUST) Luke Barr became enthralled by César Ritz, the man behind the hotels, after reading about the famous and innovative chef Auguste Escoffier, who was Ritz’s business partner. The duo opened the iconic Savoy Hotel in London together in the 1890s.

And at the heart of the story in Barr’s Ritz and Escoffier: The Hotelier, The Chef, and the Rise of the Leisure Class, is scandal. “There was a lot of drama in that period,” Barr says. “They basically invented the prototype of the luxury hotel and the sort of modern restaurant. And they were fired.” (Legend has it, Ritz and Escoffier were fired for defrauding the hotel over several years. For starters, they spent thousands of pounds — equal to about $1 million today — on wines and spirits entertaining potential investors for their Carlton Hotel, which they opened later that year, all on The Savoy’s dime; and Escoffier was taking kickbacks from The Savoy’s vendors in the amount of approximately 3 million in today’s dollars.)

Ritz was a Swiss peasant and Barr, who partly grew up in Switzerland, but is not a peasant, posits in his book that it took an outsider with that kind of sensitivity to status, and his own genius, to create a simulation of luxury and perfect it.

Together Ritz and Escoffier transformed and forever elevated the hospitality experience by introducing the notion of regal service and fine, destination dining in a hotel.

Says Barr about how The Savoy has changed: “The original building is still there. The entrance of the hotel is now this little sort of alleyway street, right off the Strand. In the 1890s you entered from the embankment from the riverside, down below.”

We spoke about the ever-evolving landscape of luxury travel, and the indelible influence Ritz and Escoffier had on the hotel industry.

1890s photo of the restaurant in The Savoy

How did The Savoy hotel come to be?

The hotel was opened by Richard Doily Cart, who made a whole bunch of money with the Gilbert and Sullivan operas. He’d been to America with the traveling theater group and at that time, in the 1880s, hotels in America had electricity, they had elevators, they had things that they did not have in Europe yet. So he said ‘I’m going to open a hotel in London that’s going to be a technological marvel’ and that’s exactly what he did. He built a hotel that had running water, bathrooms and electricity, elevators. It’s hard to understand just how new and thrilling that was. It was the first building in London that had elevators and yet he needed Ritz and Escoffier to come and make it into something luxurious. It wasn’t just technology that made it successful.

As soon as he opened The Savoy, he ran into trouble. He needed Ritz and Escoffier to put their kind of stamp of service culture that Ritz embodied. Part of that philosophy also included having the restaurant be a central feature.

What did Ritz do?

The Savoy was designed in a way that looked like a private gentlemen’s club. It had lots of dark wood and curtains and knick-knacks everywhere. Ritz came in and focused on design. He wanted The Savoy to be modern and filled with light and flowers. He wanted it to be more open to women. They were coming out and eating at restaurants – that was new. Ritz put a lot of emphasis on the lighting, spent hours researching how the lamp shade would affect the light color and how a woman looked when she was sitting in a restaurant. When you walk into the hotel, when you walk into a restaurant, you’re sort of making a statement. There’s a theatricality.

What made The Savoy and the Paris Ritz such remarkable hotels?

At the time, you had a very stratified social life in London and in Paris. If you were an aristocrat, you were a member of a private club and you entertained in your country house or in your city house or your private club, but you did not entertain in public at a hotel. But in the 1890s so much was changing and there’s all this new money, these wealthy Americans coming over to Europe on boats.

So, what really happened at The Savoy and at the Ritz was this invention of a new cosmopolitanism. In one room you would have Oscar Wilde and the Prince of Wales and a South African diamond industrialist. And everyone looking at everyone else. You would walk into this restaurant and everyone would look to see who you were and you would look around to see who was there. That kind of social environment. That kind of cosmopolitan glamour was new and that’s what Ritz and Escoffier made possible in their hotels. All of the grand old hotels around the world today, they all have that glamour and that history. They hold on to it as best they can.

What made César Ritz stand out?

He was the person who said ‘the customer is always right.’ We should anticipate what the customer wants before they know they want it. That was the key element to Ritz’s idea of luxury service, which was that it was anticipatory. It figures out what you want before you know that you want it and then it delivers it without making a show of it and that’s a subtle thing.

Escoffier, who was this wonderful chef, brought this kind of new simplified and rarified style of cooking and invented new dishes and brought attention to the food and to himself. In a lot of ways, he was the first celebrity chef. I think that the centrality of the restaurant and of the food experience in travel is also interconnected with the idea of modern luxury.

Any hoteliers today that you would compare to César Ritz?

Ian Schrager, in terms of having that insight in the 1980s that hotels could be re-energized with a kind of design and glamour. He was able to capture the glamour of the ‘80s in a way similar to what Ritz did.

How have hotel restaurants evolved?

I’m used to the idea of hotel restaurants being terrible. Obviously that’s changed a lot. Nowadays, if you’re doing a luxury hotel it’s going to require a serious restaurant. I’m not talking about necessarily having a celebrity chef, but you can’t get away with just serving the generic buffet.

Hotel cooking in the past was all so generic. Whereas now, and I’m not just talking about five-star hotels, I think you expect that the food and the experience of staying in that hotel will connect you to the place that you’re in. So that requires a higher level of engagement with the food.

What’s another great hotel in this vein?

Baur au Lac in Zurich. That’s the ultimate hotel. It’s beautiful, it’s right on Lake Zurich. It’s been around for a long, long time, it’s been owned by the same family and the owners are absolutely wonderful. You walk in and it’s got this grandiose lobby. The service is remarkable and epitomizes what a hotel should be. Partly it’s also because that kind of hotel has a staff that stays around for a long time and they really know what they’re doing.

There’s a guy at the concierge desk that knows everything, you can ask him anything. The depth of knowledge that you have in staff members like that is valuable.

Can you recall your youngest travel memory?

I always loved the airplane meal. I guess it’s because my mom is such a hippie and made our own bread we did not eat any junk food in my house and we didn’t generally have dessert. But the airplane meal goes beyond that. The way it was presented, on a little tray with six or eight different little morsels, and a little piece of cheese, dessert. I just loved that. I had never seen anything like that and I loved it so. I stand in defense of airplane meals.

Kaspar’s, one of the restaurants now in The Savoy

Do you think luxury train travel is making a comeback?

I think so. There was that incredible luxury train [Train Suite Shiki-shima] that opened in Japan, that instantly sold out, and obviously the Orient-Express is still going strong. This is experiential travel, and not to mention the kind of nostalgia for the way we used to travel. I grew up hearing stories about my dad and his brothers and my grandmother and my great aunt, M.F.K. Fisher, taking an ocean liner through the Panama Canal, traveling to Europe by boat. Not because that was what you did, but because they could sense that this way of traveling was going away and it was. And shouldn’t there be a comeback for that kind of travel? Because the current experience on a cruise ship is very, very different from that.

River cruising is uber popular because people want something that is smaller and doesn’t feel like a shopping mall, and I think luxury train travel is appealing for the same reasons.

Your book explores both London and Paris. Which do you prefer?

I prefer Paris, however I do love London. I’ve been to Paris many more times than London. I went to both as a kid so I have sort of fond, nostalgic childhood memories of those places, but to me Paris seems walkable and manageable. I know it better. London, in my mind, is much more sort of sprawling and also very fun. I vote for Paris. 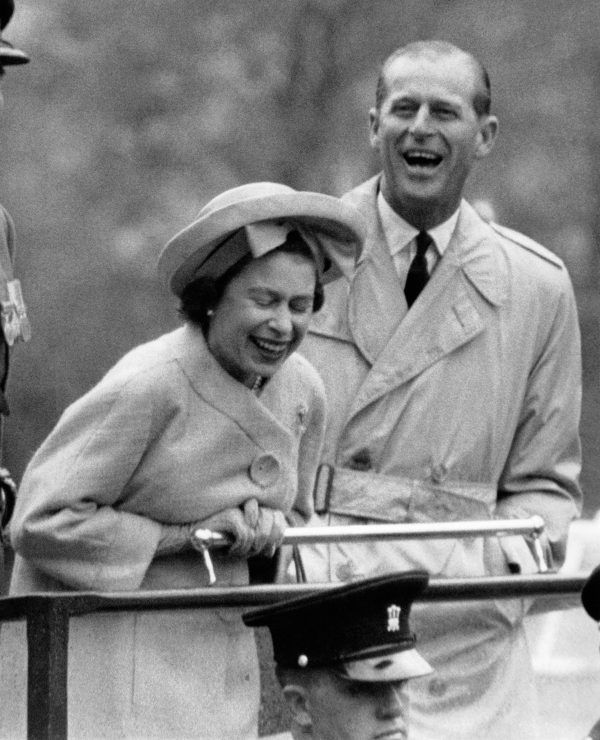