It’s the Tuesday after Labor Day, and without warning, Rosie the Riveter has been transported to modern day corporate America.

She’s dressed iconically as portrayed, red and white polka dot headscarf, work shirt, ID button on her collar, as on the original 1943 poster painted by artist J. Howard Miller. The day before she was working in a steel factory on WW II fighter planes. Today, she stumbles into a marketing meeting and overhears someone say, “Let’s look at this from 30,000 feet” and thinks to herself, “Oh, yes…this must be the place.” She takes a seat at the long table with the youthful staff. No one notices Rosie amongst the sea of denim and un-worked work boots. Lots of phrases are being thrown around, and some of them confuse her, though not too much: seamless integration, “is that in scope?”, bootstrapping, keep me in the loop. Then, finally, someone asks for numbers, and the numbers, to Rosie, seem extremely high.

Rosie raises her hand: “Is that how many lives we’ve saved?” she asks.

Jax can’t believe this. After all, as a fellow 20-something, why doesn’t Rosie know the only thing in the world that matters is your click open rate?

“Email…” he says, incredulously. All the others around the table, who look exactly like him, are too bored to care.

“Does that help with the war?” Rosie asks.

Jax scrunches up his face a little. War? What war? “It’s email,” he tells her, because he’s never thought about what he contributes beyond this room. He handles email.

As the staff gets up to shuffle back to their desks, heads turned down towards their phones, Rosie wonders if these are the leaders who will re-build America. They don’t seem focused on the world around them, they don’t interact with one another, and they definitely don’t walk with purpose. Their heads are bowed in presumptive defeat. Rosie, who has no idea she’ll become the ultimate recruiter and the symbol for workplace empowerment — and so much more — suddenly feels very doubtful.

Since Husband went off to fight the war, Rosie went to work. These have been the toughest and most rewarding times in her life. Before Husband left his factory job, he’d gotten a raise making almost $55 a week. Rosie acquired a similar job, and her hard work quickly rose her through the ranks. Factory workers at the time put all they could into the war effort. It wasn’t uncommon to work 12-16 hour days. Rosie makes an average of $30 a week.

Remaining behind in the email meeting is a young woman scrolling through news on her phone. Rosie, believed to be semi-based on 20-year-old Naomi Parker, reads only a few key words “Title VII”, “regulation”, “pants”. Rosie — who was further launched into the permanent public mindset on a 1943 Norman Rockwell Saturday Evening Post cover — flushed in horror at the thought of having to wear skirts to work. Skirts were bulky and restrictive, and would surely slow her down. Besides, she’s fought her mother all through childhood about wearing dresses and skirts. She always hated them. She’d listened to her grandmother tell stories about the fight to wear bloomers in the mid-late 1900s, a time in American history when women were actually arrested for wearing pants. But that was history now. 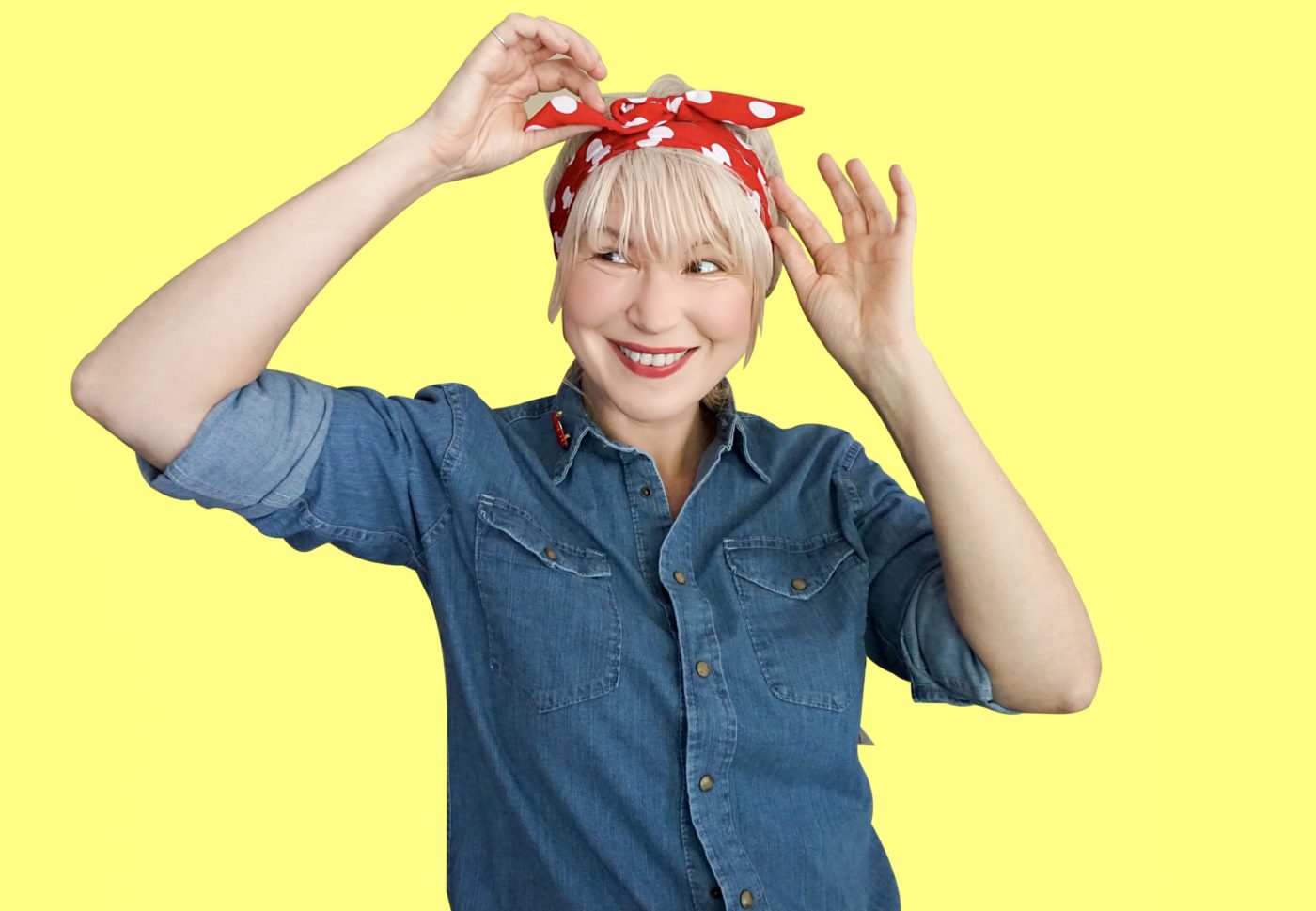 The woman sitting next to Rosie makes, according to a Pew Research Center 2019 study, 89 cents for every dollar her male co-workers make, because she falls within the 25 to 34 years old range. Her manager, who is 35, makes 85% of her male co-worker’s pay. That means she, a manager, has to work 39 extra days to catch up to a man’s wages in a similar position.

There are many, many versions of Rosie, many originations, and many incarnations. Because Rosie is and was every woman. But many men didn’t want to work next to a woman. They actively protested and attempted to sabotage their success. Rosie couldn’t have known in 1943 that in post-war 1948, women in the workforce would drop 32.7% as women left their jobs willingly to return to run the household, or were fired to free up jobs for men returned from the war.

“Can you use an electric mixer? If so, you can learn to operate a drill”, quips a WW II government ad, which may very well be the best recruitment line of all time. Many women have come forward claiming to be the original Rosie, but it was the aforementioned Naomi Parker who was declared, at least by media standards, to be the original inspiration. It was she who was photographed in the Naval Air Station in Alameda, California dressed in work attire, her hair wrapped in a polka dot scarf. When Norman Rockwell painted his portrayal of Rosie, he used model Mary Doyle Keefe, a phone operator, not a riveter, but a model. The result was a woman of confidence and victory, eating a ham sandwich, a rivet gun on her lap, and her foot squashing a copy of Hitler’s “Mein Kampf”. Rosie is poised to kick ass, and sure as hell doesn’t have time for Nazis.

It would be impossible for 1943 Rosie and her friends to project the timeline of how working women made it to today. For Rosie, there isn’t a history, there isn’t a movement. There’s work. She has no idea the impact she will have decades upon decades later. She doesn’t know what a “strength” emoji is. She doesn’t know her iconic image will be as relevant in present day as it was in 1943, or that some 21st Century women factory workers would still be referred to as a “Rosies”. She can’t know that a 2018 study estimated that the wage gap would take over 200 years to close. Although the real Rosie lived to see the personal computer and might have even utilized email, when Naomi Parker died in 2018 at the age of 96—despite changes, advancements and flavored coffee options—women were still fighting for workplace equality, 75 years after the first printing of the iconic Rosie the Riveter poster.

It’s not an opinion: Rosie is our ultimate style icon. Head wrap aside, her bad-assery and willingness to charge into the unknown are the only accessories a woman will ever need. Find her, know her, channel her.

Wherein we ask: Who stole the last two weeks of summer from us? 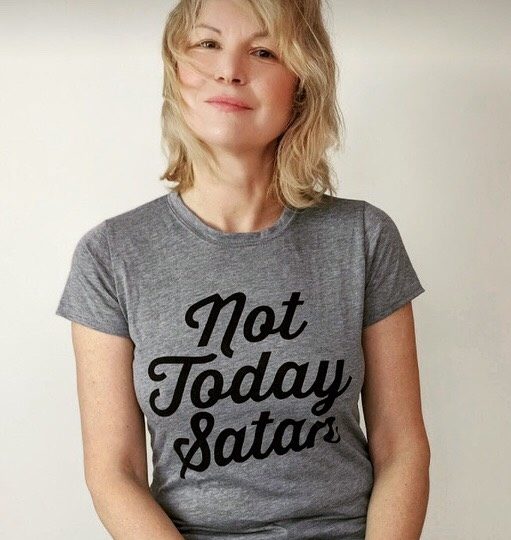 A message we can all get behind