At my college reunion recently an old friend confessed to me: “My life didn’t turn out the way I thought it would.”

She has what most might consider a nice life. Not the life she’d planned and hoped for, not a life of fame and riches, but a good life, from an outsider’s perspective. I informed her, if most women over 40 were honest, they’d tell you that no one’s life turned out the way they thought it would. By the time you reach your middle years, you’re forced to embrace some pretty ugly circumstances—illness and death, career mishaps, divorce and heartbreak—and even though it’s far from over, you must accept that what’s past is now a part of you.

Like it or not, we live in a culture that doesn’t like to entertain the tough and sometimes subtle realities of getting older. Either someone is screaming “The best is yet to come!” or they’re trying to sell you diapers and a hearing aid. Newsflash: You can have conflicted feelings about getting older. It’s called “life”.

Personally, all the over-40 women I know are at the top of their game inside and out. But while women really do come into their own over 40, for some, the rough road of getting there leaves them wondering: “What if?” What if I’d gone to a different college, what if I’d taken that job, what if I’d taken a right instead of a left? So, if you’re out there and you’re struggling, and feeling pretty alone, know this: Everyone is struggling. Not in the same way, not with the same voice, but keeping it held together with some pretty crappy, overused adhesives. You’re not alone.

Teenage girls are kind of amazing. I’m not a parent, so I can admire them from afar. Science will tell you they’re fueled by hormones and identity crises, but I prefer to think of them as their own very special magical species: They’re energetic, they’re opinionated, they make bold style decisions (their mother usually hates), they have humungous visions and dreams, some will realize them, and some will settle into a nicer, quieter life that’s more stable and beautifully “ordinary”.

Some have a tough time with their teen years, and they need to be honored, too. There’s an awkwardness no woman, if she’s honest, ever loses at every stage of her life. The older she gets, the more she learns to embrace it.

That’s why we all, no matter how old we are, need to remember what we loved as a girl. (In case you need schooling—all women under the age of 18 are girls.) It’s so important to be acknowledged as women, but the girl we were once were is part of the fabric of who we are now.

Do you remember her?

I am a firm believer that if we could just remember who we were as girls, as far back as you want to go, we could harness something of our real selves.

When I was 17, I wanted to be a veterinarian, a dream since I was a very small child who’d fell in love with horses. Yes, I wanted to be a horse vet. Medical school didn’t deter me in the least, nor, surprisingly, the science, which was my least favorite subject. I gave up that dream when I realized that vets had to put animals down, the prospect of which was too unbearable. As a young idealist, I thought vets only made animals well again. If someone had told me there were other options for working with large animals besides vet school, I know I would have gone that route. In recent years, I’ve found a way to volunteer with animals as a way of fulfilling my need for connection. If I didn’t look back, something society also often frowns upon, I would never have unearthed this as profoundly. I have also understood that I am an idealist at heart, and though it’s a tough trait as a certifiable adult, it’s something special to celebrate, especially as you get older.

This is an essay about looking back, and all the treasures you can find there.

There’s a reason Ferris Bueller’s Day Off has endured the decades since 1986. It’s definitely a fun movie and Ferris is a great character. He has one shot to make this banner of a day off happen, and we’re rooting for him. Your tribe is crucial, but never perfect (I’m looking at you, Cameron Frye). We all talk to ourselves all the time by now, and in film speak it’s called “breaking the fourth wall” by speaking directly to the camera, but in reality it’s just…talking to yourself. And, when it comes down to it, life does move pretty fast. In fact, every time you watch the movie you think to yourself: “Shit…I was how old when I first saw this film???”

I have another theory: We never really leave high school. The boring “Bueller…Bueller” professors are replaced with the meetings that could have been an email (or, truly, scratched all together). And when you do have that meeting, the cast of characters is the same, including the annoying blonde who knows everything and the kid sleeping in his own drool. There’s an unspoken popularity contest all around us no matter how old we are. You pretty much feel you have to fake a death in the family to escape for a day. And almost everyone around you, even though they might deny it, wants to at all times.

Here’s what we know about Sloane. She’s around 17 and a high school junior. She projects unapologetic intelligence and has a warm, mature sense of humor. She has enviable style (that white fringe leather jacket!). She’s poised, even in the face of faking her grandmother’s death, which included her finishing-school-esque, top notch posture (according to Google, actor Mia Sara is only 5’4”). She’s confident, sensitive, loving, altruistic. She hangs with the guys, who treat her with the respect and gentle affection she knows she deserves. No matter what happens, she will be more than okay without Ferris, whether it’s her senior year or all the years afterward. It’s Ferris’s movie, but Ferris doesn’t define her. 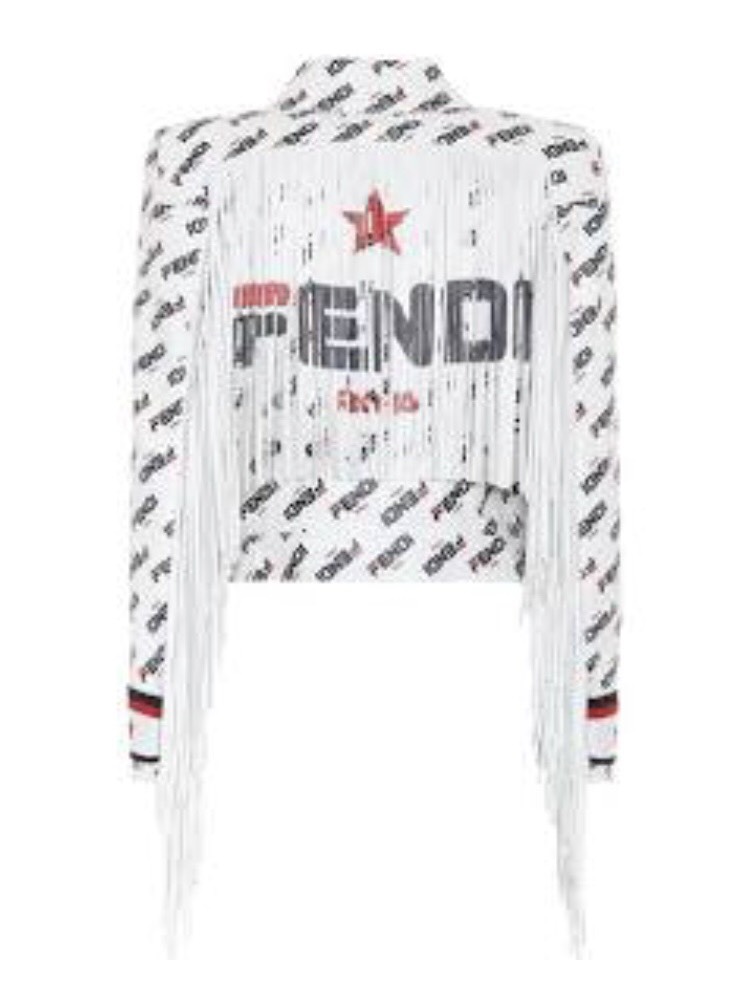 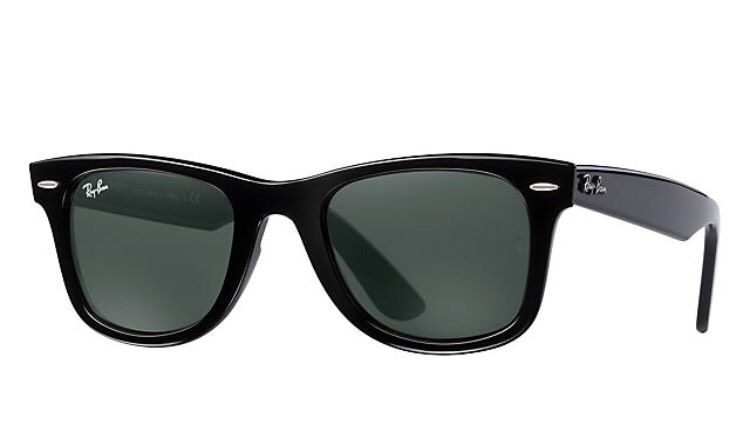 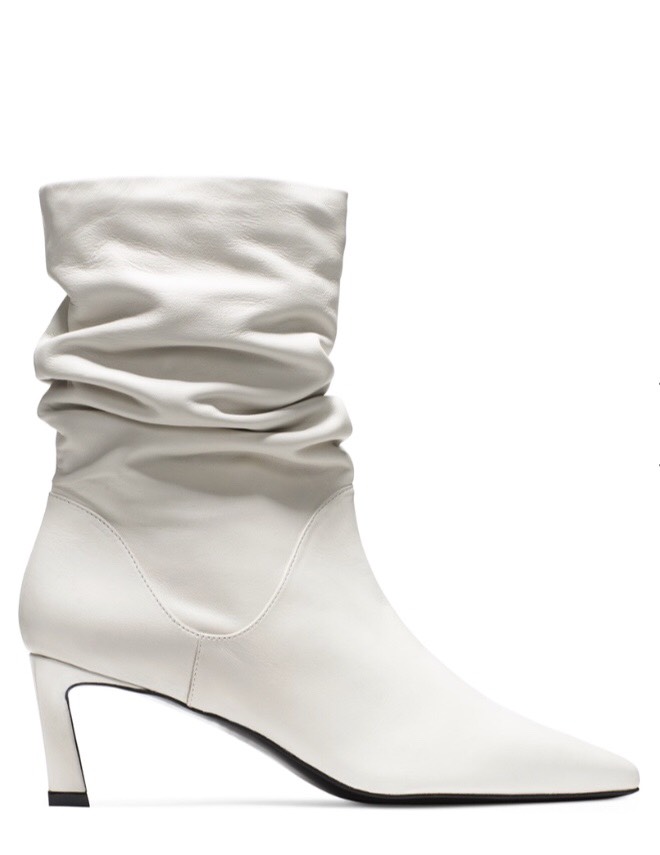 Did you want to be Sloane, even for one day? The answer to “why” is something to ponder after all these years. Because time travel isn’t possible—and Sloane is thoroughly not a real person—start embracing some of her traits through style pieces.

If you don’t feel like wearing long shorts with slouchy white boots, try replacing your “professional” suit jacket with something more daring. Layer a plain white tee under everything. Making a small but deliberate change will help you think and feel differently. The clothes are secondary, and only a catalyst for reigniting that girlhood spark.

The biggest takeaway from Sloane’s style is this: She’s totally up for a day off. This is everything, especially as you get older. Call it self-care, call it perspective. Hell, just call it living for today. Just find a way to take a day off with having the best day ever as the only agenda.

Did you ever skip school? I know you did. What did you do? Was it worth it? Of course it was! Maybe you didn’t lip sync “Twist and Shout” on top of a parade float, or do a full Chicago tour, but you could definitely go out to lunch or to a museum. So, why—oh why—won’t you do the same for yourself now? Stop everything and think about the last time a company you slaved for treated you or someone you know like a number.

Ready to plan that day off now?

To quote Ferris: “Life moves pretty fast. If you don’t stop and look around once in a while, you could miss it.”

Who were you when you first heard this? 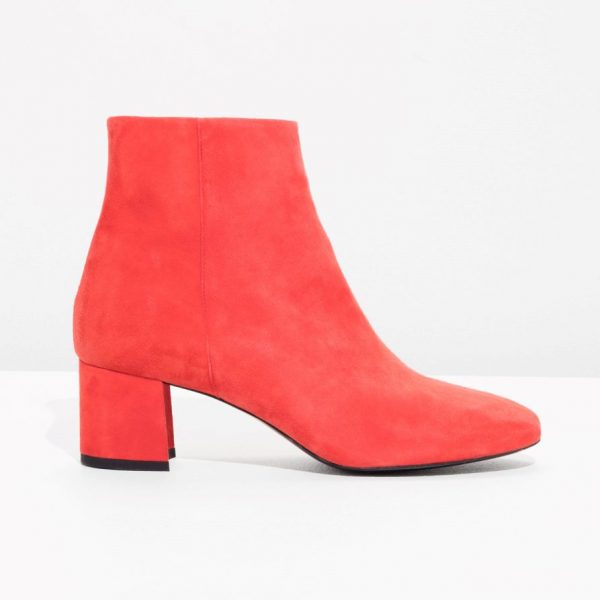