It’s perhaps the most famously American drink — that’s most likely a ridiculous assertion, so know that I know/suspect that, and lower your weapon, please — the Old Fashioned. Not many places with a liquor license in America won’t make you one, and when made well it’s a great cocktail, even if you are not otherwise a bourbon aficionado. 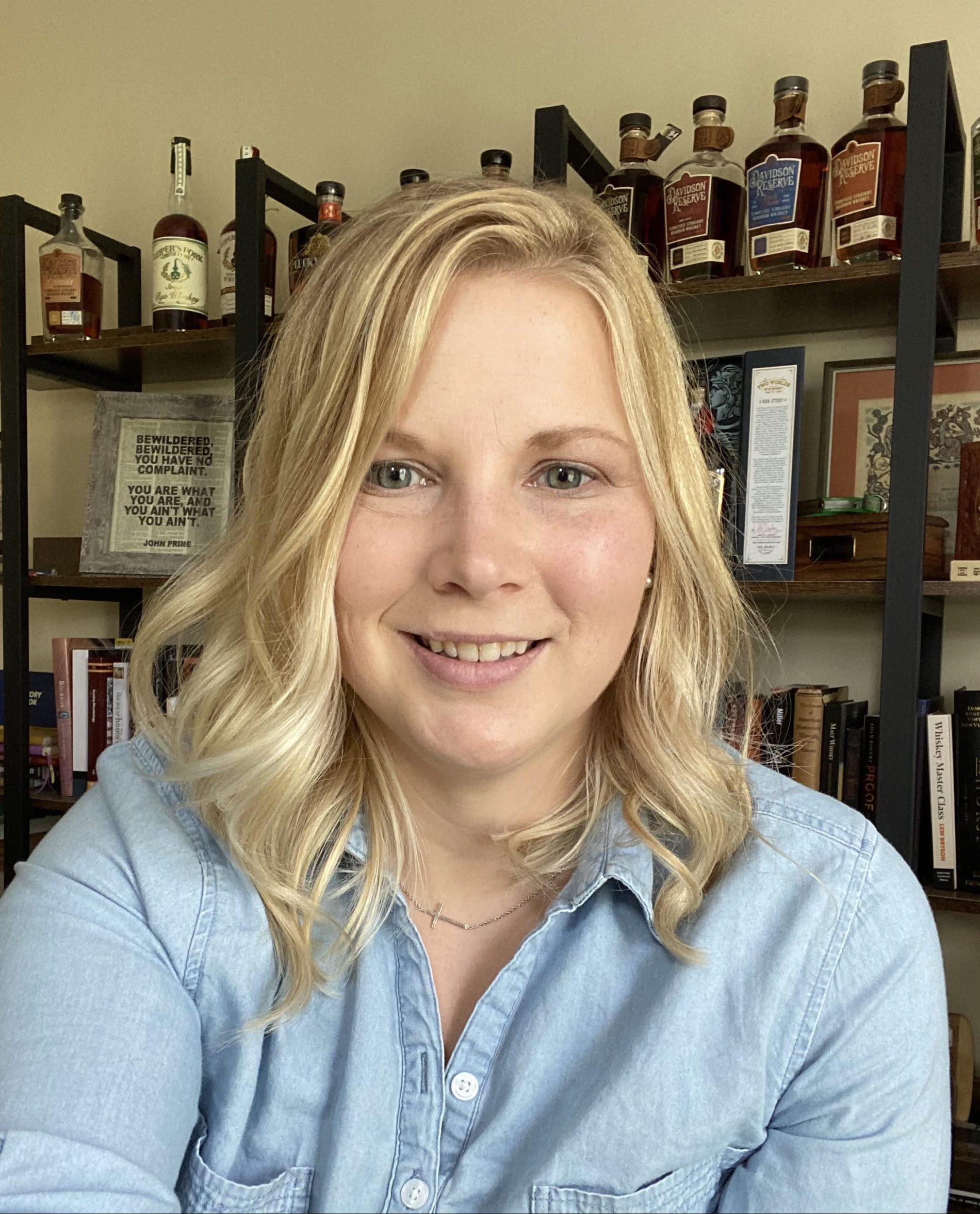 So why mess with it? Ha! Why not? And Ashley Barnes has. She goes by the rather stiff title of Off Hours Bourbon Master Blender but I imagine her a lot less stiff than that. Quite intellectually flexible, actually, and with a dash of naughtiness to slap the nation’s sacred alcohol cow across its butt.

“I worked very closely with Jake Ireland, the Off Hours founder, on crafting the bourbon. The New-Fashioned Cocktail is a modern take on the Old Fashioned. Our goal with Off Hours was to create a bourbon aimed at today’s bourbon drinker.”

Jake Ireland chimes in:  “We want to dispel the myths that you have to wear a suit to drink a glass of Bourbon or only drink it in dimly lit bars. We want the modern bourbon drinker, or one who is bourbon curious, to enjoy and experiment with tasteful bourbon cocktails.”

Ashley started out at Buffalo Trace, and then went to Four Roses (William Faulkner’s daily bourbon of choice, FYI). She turned up on Off Hours’ radar after she and business partner Monica Wolf started The Spirits Group in 2018. Ireland hired the group to work on the perfect blend for Off Hours, and they are still consulting for the company.

“My career in the spirits industry began in big bourbon,” she says. Not for her little bourbon! Straight into the big time!

One of the keys to making a great bourbon old-fashioned is simply good bourbon. Off Hours Bourbon has notes of creamy vanilla, hints of nutmeg and toasted pecans, rich notes of cinnamon and honey. Also, this bourbon is 95 proof which makes it perfect for a cocktail as you can still taste the bourbon without the other ingredients overpowering the drink.

Mixing in ingredients like peach and maple syrup make this cocktail great for an afternoon barbeque, not just nighttime. It’s perfect for bourbon lovers as well as those new to the spirit. We love being able to attain a restaurant-worthy cocktail with ingredients you can find at your home bar or in your pantry! The mix of the notes blended with the bitters, maple syrup and peach are sweet and go down nicely.

Off Hours is an exceptional everyday bourbon. The smooth balance of flavors, light yet having depth and complexities that hold up well in cocktails. I really like the way the lighter citrus notes compliment and highlight the crisp lemon and orange in this cocktail. These decadent and refreshing notes are carried through the luxurious peach and maple sweetness. I think it’s an amazingly balanced and refreshing Spring/Summer cocktail!

¼ of a ripe peach, coarsely chopped

Combine Off Hours Bourbon, maple syrup, bitters and peach in a cocktail shaker with ice. Stir then strain into an Old Fashioned glass with ice.

Garnish with orange and lemon slices.

Have fun with the garnishes and elevate your cocktail with special ice and glassware.

Places to go and things to do in Paris, Massachusetts, Jackson Hole, Croatia, Munich, Barcelona, Rio, Malawi and Ladakh, India