Sarah Arvio’s new book of poetry is Cry Back My Sea: 48 Poems in 8 Waves.  She also recently published Poet in Spain, poems and a play by Federico García Lorca. Both from Knopf, 2017 and 2021.

She says of this poem, Tanager, which might evoke and invoke Tangier but is about a brightly colored bird: “As children, my sisters and I had a set of flip cards printed with photos of birds, and when you knew the name of every bird, you won the game. I didn’t see a scarlet tanager in life till years later; a shock of bright orange; it was fluttering around a silver maple on the edge of a field. The name and the color together brought on the poem.

“It was impossible not to think of Tanaquil Le Clercq, the ballet dancer who was paralyzed from polio; I dressed her in scarlet.  Soon after I wrote the poem, I met someone who summered in Tangier, and she spoke of the trees full of tangerines. It was as though the poem were a foreshadowing. Tanaquil never danced again; and I wonder if any of us ever do recover from the great shocks and losses of our lives.” 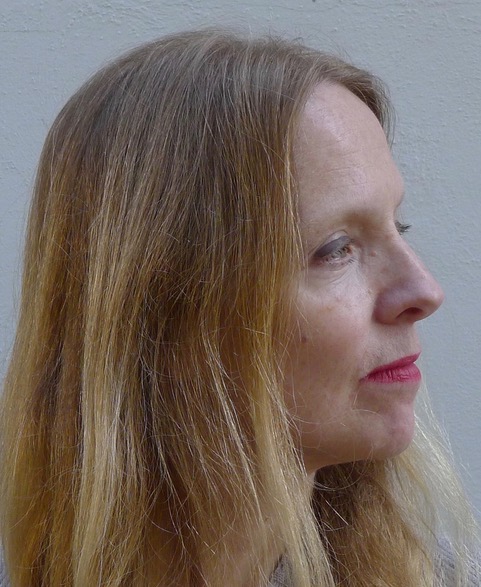 Profile of the poet

This was the year I saw the tanager

flitting out from behind a tall tree

and then turning she twirled and was gone

cutting a tangent through the sky of my life

and the effect was as tangible

as a trip to Tangier

This was the year

the year of the dress

that would take me

to the sunset or sunrise

And it moved in me

in a fiery thrill

for a tangential thrill

that goes to the skin

and bones and sex

to all the bright points and

colors of your life

I had seen it in books

to its tablet of joy

its template of joy

its plateful of fruit

that should be its name

this once-only moment of life

An ancient tree grows in Katmandu