In order to speed up the intimacy level, Jerry decides to take his girlfriend to Vermont for the weekend. It fails. Miserably. Unfortunately, it’s raining and Vanessa didn’t find the faucet with separate knobs for hot and cold water as charming as Jerry was hoping she would. (Who wants to date a single-faucet lover, anyway?) Those weekend trips can be sure-fire relationship killers. 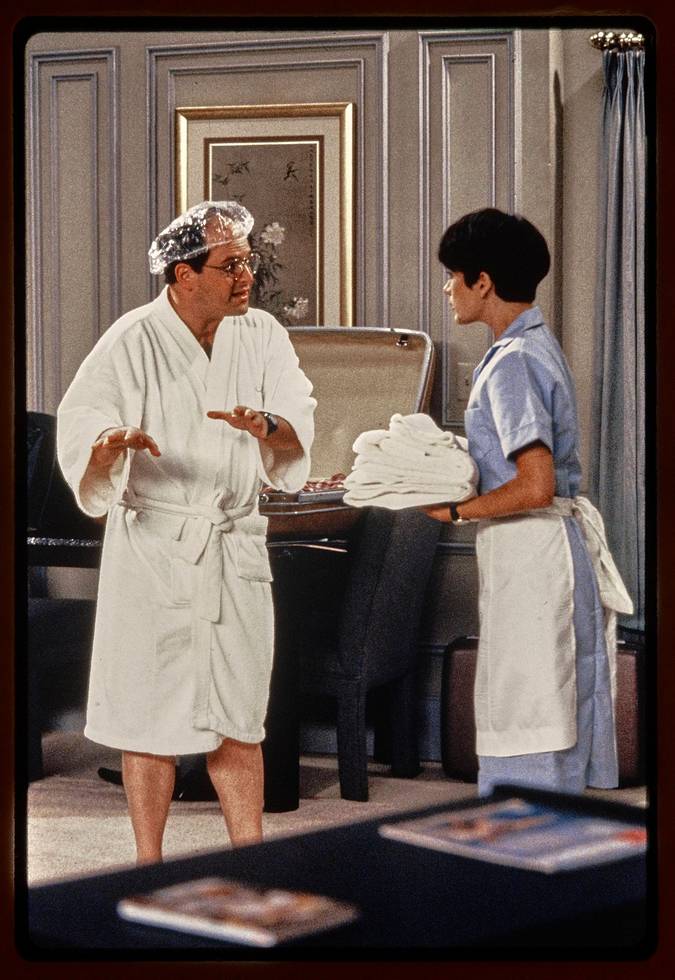 Jerry’s gig gets cancelled due to snow so he flies back early. Waking up from a nap he asks the flight attendant for something to drink and she refuses. “What’s with this airline? What are you, cutting out the drinks now?” Talk about foreshadowing. Well, in this case, the plane was making an emergency landing due to a blizzard. At least Jerry got to know Bill, possibly the last man he’d ever know.

We’ve all seen that guy at baggage claim looking like out-of-work hitman: oversized trench coat, five o’clock shadow, unkempt hair, holding a sign crookedly with your name in black that looks like a six-year-old scribbled it with a Sharpie. Or blood. We’ve all thought to just go up to him and say “We’re O’Brien.” He’ll never know! Leave it to the Neo-Nazis to change how airport pickups became regulated.

In between all of the commotion of the LAPD looking for Kramer, who’s being sought after for strangling women, all George — who was in Los Angeles with Jerry looking for Kramer — can think about is making sure Lupe the maid untucks his bedsheets. She forgets so George spends his night kicking out the tucked covers. Does housekeeping think guests can actually untuck themselves from this swaddle that could contain World’s Strongest Man Hafthor Bjornsson? George then forgets to leave Lupe a tip. What do you tip a chambermaid, anyway? Just asking!

This episode epitomized nearly every aspect of air travel: Jerry meets a model in first class and they enjoy ice cream sundaes; Elaine attempts to sneak into first class to escape her back-of-the-plane middle seat, sandwiched between a gum-smacking lady and a man who sits with all of his carry-ons in his lap; George and Kramer attempt the perfect pick-up while singing about the duty-free shop. But what is duty? It truly is the biggest sucker deal in retail. 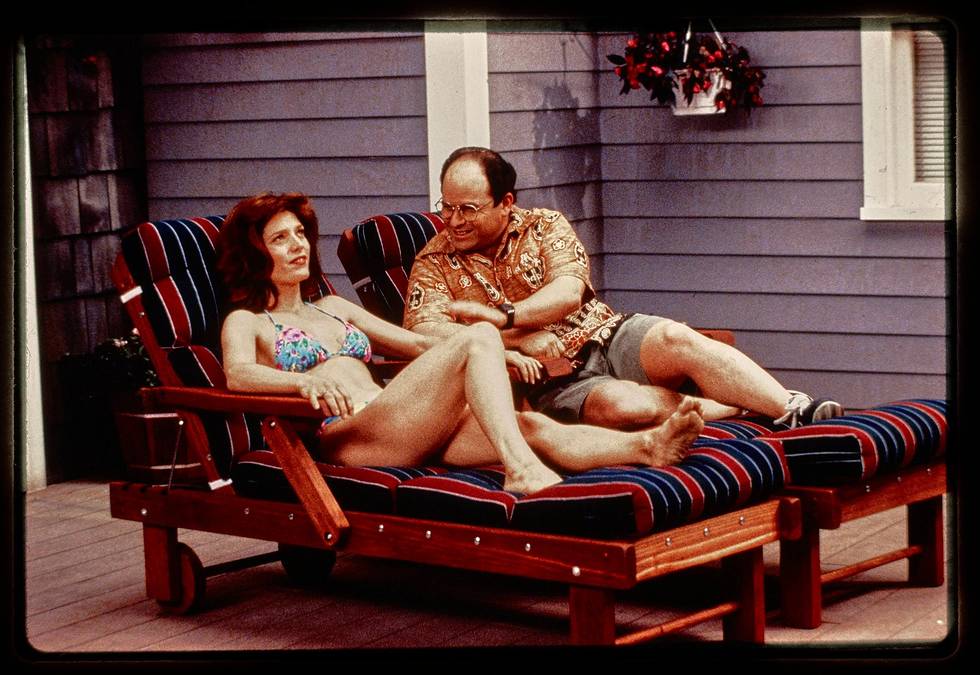 Illegal lobster trapping, your girlfriend walking around topless for everyone to see but you, juicy tomatoes, being enticed into not keeping kosher and, of course, shrinkage. That pretty much sums up every weekend in the Hamptons, by the way.

Kramer gets cozy in the Diplomat’s Club, gambling on arrivals and departures with a slick Texas businessman. Whether it’s a flight from Pittsburgh, Mexico City or Jerry’s from Ithaca, there’s no way any of them will arrive on time. What’s worse is how these clubs entice you with free snacks. Really? You call crackers worthwhile? You should all be ashamed of yourselves. 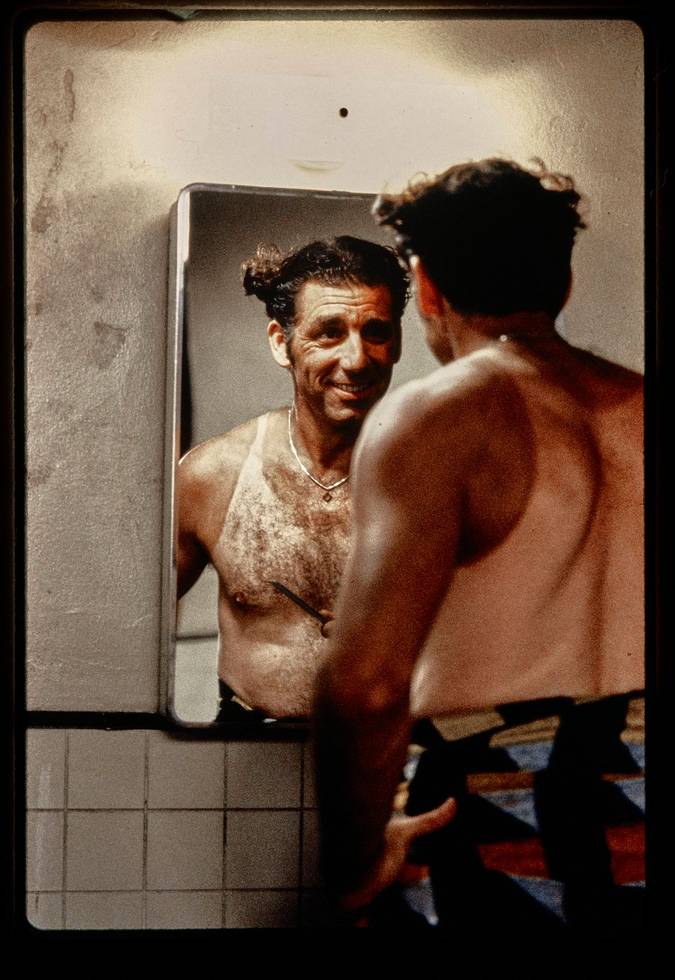 Elaine must track down the white poet warlord J. Peterman in the mad jungles of Myanmar (It’ll always be Burma to me) to approve her expense report. Her only way back is via fan boat. The Bridge on the River Kwai was the in-boat entertainment.

After spending a month traveling in Europe, Elaine and Puddy argue, break up, hit on other passengers, seek refuge with a stewardess, get back together, break up again, make out, break up, all on their 22-hour flight home. At least they weren’t bored on the plane.

Elaine, who gets drunk off of airplane-sized bottles of schnapps, brings her idiot friends to Sue Ellen Mischke’s wedding in India and George refuses to use the bathroom. Well, they can’t be any worse than the increasingly smaller ones on today’s planes. (Actually…)