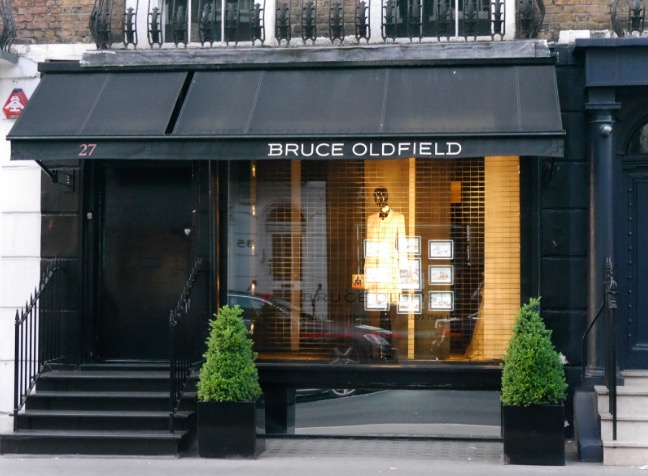 As a child Bruce was taken from his mother at just a day old and put in the care of Barnardo’s, England’s largest children’s charity. He was fostered by a dressmaker named Violet, in County Durham in the north east of England, who from a young age taught Bruce to knit and sew. Life was not easy and, troubled as a teen, he was sent away to school, later graduating with acclaim from Saint Martin’s School of Art in London in 1973. Two years later and with the help of grants from Barnardo’s, his first ready-to-wear collection was born. He is now a Vice-President of the charity and continues to raise money to help vulnerable and underprivileged children.

He was awarded an OBE from the Queen for his services to the Fashion Industry in 1990. He published his autobiography ‘Rootless’ in 2004. Now he’s moving into interiors and home accessories. “I’m decorating several large suites in London’s prestigious Brown’s Hotel in Mayfair… interesting times!” 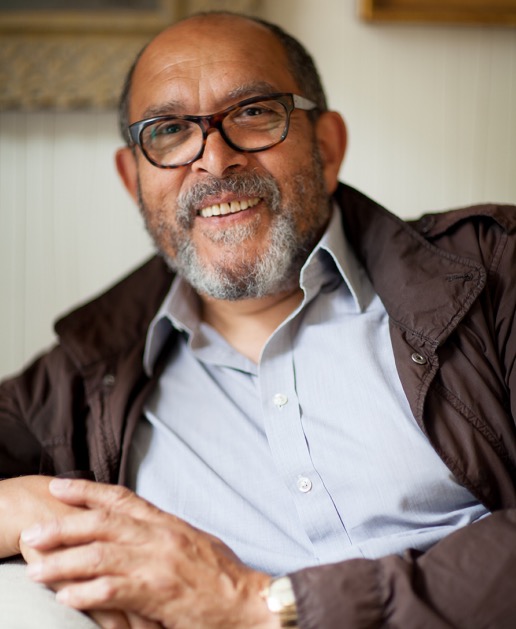 What do you consider stylish?

Not trying too hard. I hate people who really, really try… I want to wash them clean. Simple. Not too ornamented. It’s a very hard question.

Tell me about Lady Di’s style. Why did she captivate the world?

I think she was an icon, not necessarily a style icon. She didn’t really have time to think that much about it. People who have style tend to either give it a bit of thought or have it thrust upon them. Audrey Hepburn truly had style, Cary Grant truly had style, he didn’t have to think about it, Gene Kelly, Fred Astaire. I know I’m talking like an old guy, but these people had style, grace, charm.

I worked with Diana for 10 years. We started making clothes for her in October 1980, before she got married in 1981. People ask me how I can make clothes for Camilla [Prince Charles’ second wife] — especially Americans — but we dress many women. We had good times together, Diana and I. We were both young. I was younger in spirit than the other people around her, who were probably older, army or services, or other royals, born into it, a very different type of person. I was as common as muck, and that’s what she liked, probably. She probably hadn’t met many black people either.

She was extremely beautiful and extremely vulnerable looking. Even before things started to go wrong. Princess Diana had what people needed. They needed a woman in the world like her, just like they needed… the old girl, the Calcutta nun… Mother Theresa.

Has society gone to hell in a knock off handbag? 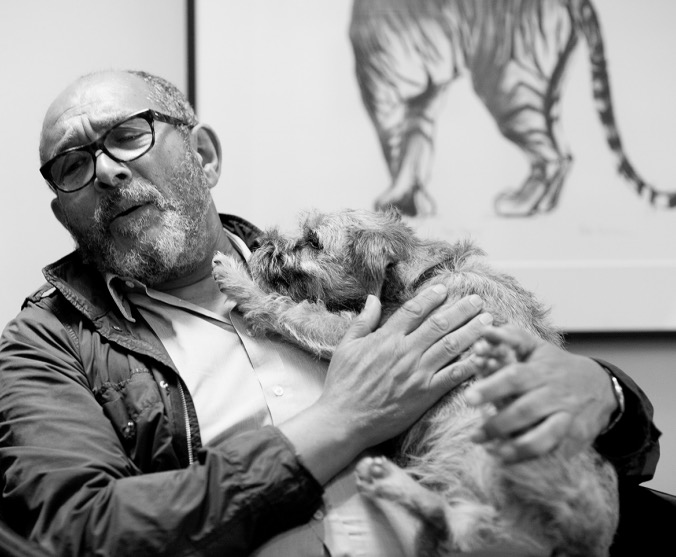 In the past 5, 6, probably 10 years, people aren’t showing off as much as they used to. And everybody is dressing down. People are more relaxed in their day to day attire.

I remember sitting across the road about 30 years ago, just looking at the window, and there was this woman, outside a very famous restaurant on this street, San Lorenzo, and it was fall. There was Margaret, the Duchess of Argyll. She rocked society, she lived in this huge castle up in Scotland. She was once wrapped in a huge scandal with, they thought, Douglas Fairbanks Jr. She’d been an It Girl in the 20’s. Cole Porter wrote a song about her. And she stood on the steps of San Lorenzo with a straight skirt, a fox thing trailing around her shoulders, long tweed suit, nice crocodile shoes, long leather gloves over the suit, tight sleeves and she was pulling them up, and while she did it she had a cigarette in her mouth. She took the cigarette out of her mouth and threw it in the curb and kept her hand going up and hailed a taxi. It was so one of those camp, totally cinematic moves. The style of the past, done with such nowness… she was fabulous.

What style is timeless, what is perfectly acceptable as ephemeral style?

Anything to do with grey flannel, navy denim, natural vicuna, cashmere and alpaca are your staples of timeless style.

There is a lot of stylish anti-style in style. When the collections are on, say in Paris or London, there are guys running around taking pictures of the fashionistas, and quite often you come across someone who is actually on it and different. In a way they’re anti-style. 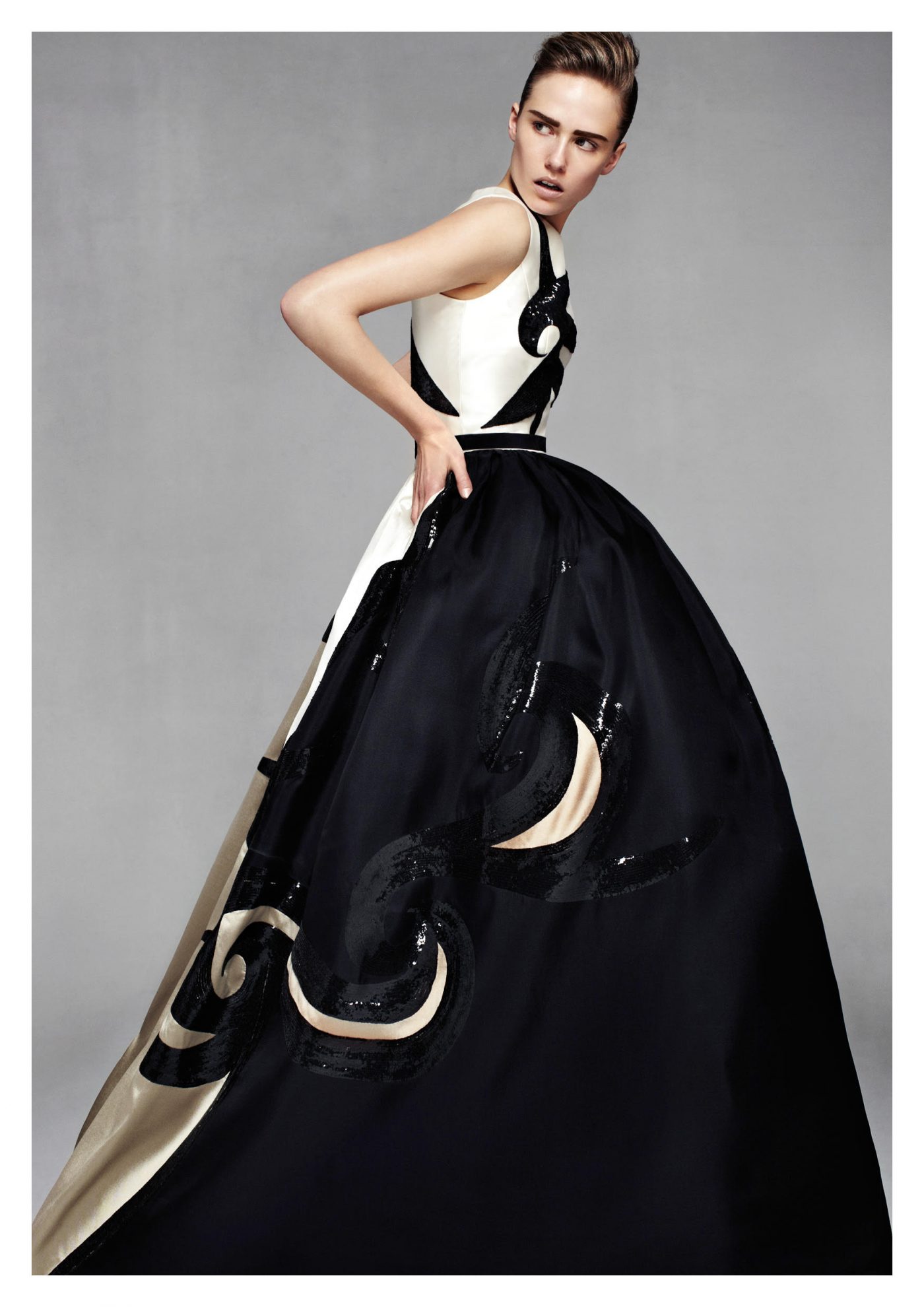 I’m fairly classical and conservative in my taste. Katharine Hamnett once said, “Ah well Bruce, I’d really love to tell you about street cred…” I told her, “Katharine darling, you keep your street cred, that’s your thing, that’s not my thing. I’m about Englishness and aristocracy and permanence and things going on and growing and developing…you’re about ‘done that, let’s move on to the next thing’. That’s too exhausting.

What I do is to flatter, to look after, to make the clients I have look the best I can. I have a lot of clients who have a lot of specific requirements from their clothing, for instance: the state opening of Parliament, one extreme, then there’s a huge market in the mother of the bar mitzvah boy, the mother of the bride — “I want to wear my skirt up here like I always do” — but they have to think of the photos in 10 years’ time. “Who’s the troll next to the bride?”

Oscar de la Renta, he’s 15, 16 years older than me — well, he’s dead — but he had the similar kind of clientele as me, and his clients had the same requirements my clients do.

What’s the most exciting thing that’s happened in fashion in the last decade?

This would be the collaboration between high-end designer Karl Lagerfeld and high street retailer, H&M. This would have seemed unthinkable 20 years ago, when the IP lawyers and fashion ‘police’ would have seen it as a death-wish for the Lagerfeld ‘Brand’ It wasn’t at all. Karl just got a little bit richer, bless him.

For me, after a certain age do not show your skin, do not show your arms, take a good look at your knees darling, and where the skin sags. Oh my, if I had my way I’d wear a dishdasha. Be realistic about the state of your body and don’t force it on other people.

What are the items you live in the most?

Converse shoes. If it’s special, Tod’s. A tweed jacket made by Edward Sexton, the tailor next door. The bolt of cloth was from the sheep of Linda McCartney on The Isle of Mull. Edward made up a few things for her, and perhaps for Paul back in the 80’s, and he had this leftover. He had 2 swatches. It’s very harsh around the neck, you have to wear a bit of cashmere… very Cary Grant.

In the winter I live in some pants that I made myself. In the workroom, grey flannels, a few different fabrics. From Bamford and Son, a grey cashmere hoodie, zip up the front, I have one here, one in the country. Had them for about 14 years. A reversible Vince black hoodie. It’s quite cheap and quite cool.

The best shoe store in the world?

Converse online. You can get fabulous colors and designs. I have kind of big feet and they’re quite broad. I went to a very, very famous cobbler shoe store in London and they did try. They’re fine with a very small foot, the best in London, and I paid for them, 3000 pounds… but I like Converse.

Villa San Michele, Fiesole. It has the most wonderful view on a hill above Florence, a terrace overlooking gardens overlooking the town, it’s ridiculously expensive, but gorgeous. I like The Beverly Hills Hotel and The Bel Air too.

The Chateau Marmont! I arrived there and was shown to this junior suite, quite big, but filthy, like every rock band since I don’t know had big shag parties in there. Then my brother Barry arrived and said, “what the fuck are you doing in this room?” It was the most disgusting, scuzzy room.

How do women in movies have such small suitcases and always have the perfect outfit?