Alaska has more than 3 million 20-plus-acre lakes, 100,000 glaciers, and 40 active volcanoes among other spectacular sites.

Have you thought about booking one of the many Alaska cruise tours? Maybe to see the northern lights? Are you wondering what is the best time to cruise Alaska? That’s where we come in…

This is the highlight of many Alaskan cruises. The ship cruises into the bay at Glacier Bay National Park and Preserve, an area that covers 3.3 million acres and includes rugged mountains, icebergs, active and calving glaciers, a rainforest and untamed coastlines.

While spending the day there, scan the coastline for some of the amazing wildlife Alaska has to offer. You’ll peep mountain goats, sea otters, brown bears, seals, bald eagles, and multiple varieties of seabirds. The blue water of the bay is surrounded by snow-capped peaks. If you’re lucky, you’ll catch a whale or two in the bay. By which we mean, see a whale or two. What are you, Moby Dick hunting Ishmael now?

Another must-see — also called Inland Passage or Marine Highway. It is a naturally sheltered sea route that runs for over 1,000 miles. It starts in Seattle, Washington and goes northwest to Skagway, Alaska. It is made up of channels and straits between the islands and mainland and it’s protected from Pacific storms.

Cruise ships choose this route because of its scenic beauty and its dependable smoothness. The passage was shaped by the force of massive glaciers and is a habitat for bald eagles, porpoises, whales and sea lions. You’ll see beautiful, majestic forests upon the surrounding mountains as well as Russian, onion-domed churches, and totem poles from the Tlingit, Haida and Tsimshian Indians.

A cruise to Alaska would not be complete without seeing the aurora borealis. The best months to see the northern lights are from August to April, not really an ideal time to take an Alaskan cruise. But booking in early May or September when you’ll experience longer darkness hours will work. You’ll see the night sky fill with green lights especially when viewing from the outskirts of town where the skies are clear and dark.

Are you thinking about cruising from Los Angeles to Alaska now? Get more information here: http://besttimetocruisealaska.com/cruise-to-alaska-from-los-angeles/.

These are the must-see sites on an Alaska cruise, with so many places to see in Alaska, you know you’re making the right choice to have the maximum sense of wonder. Before you go, do some research on the best month for an Alaska cruise.

The Coolest, Largest, Most Family-Friendly, Floating Theme Park Is A Cruise Ship

Royal Caribbean to rest of the cruise industry: You’ve been served!

Woodstock, Altamont, the Moon and the Stonewall bar — some of history’s most poignant destinations had their moment at the end of the world changing sixties. Our man was there 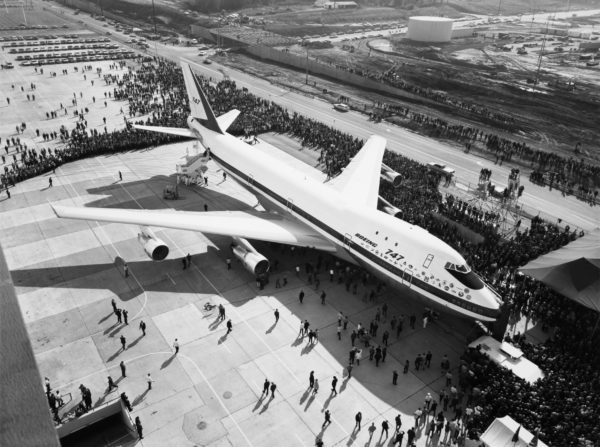