In 1981 I boarded this imperial lady in Southampton, England embarking on the next chapter of my life moving to New York. The journey took five days and was memorable in every sense, the best being arriving in New York and sailing past Lady Liberty at five o’clock in the morning (not a time of day I see often – but I would not have missed that sight and experience for all the tea in China!).

Today she is berthed in Port Rashid in Dubai, and has been since 2008. In typical Dubai style, they have transformed her from a luxury liner into a floating luxury hotel and museum. The QE2 sailed last in 2008, after 39 years on the high seas, from Southampton to Port Rashid where she was decommissioned. The transformation took a tad longer than originally planned, what with a global recession and turning the engine off in 2013 causing the structure to suffer damage in hot climate, not something she was persistently used to. Last February restoration started again in earnest and as of April 18, 2018 her gangplank was open again. In a ‘soft opening’, guests can stay in the basic cabins, which are beautifully designed but small – with five of the restaurants and bars being completed for their enjoyment. Three of the restaurants and bars, The Queen’s Grill, The Golden Lion and The Yacht Club are also open to non-guests.

A grand, proper and full opening is scheduled for October 2018, when it’s predicted that she will be a floating village you will not want to leave, with original design features being preserved including furniture, artwork and portholes. Along with 224 refurbished rooms and suites, 13 restaurants and bars, a movie theater, interactive exhibition/museum (on of course this Grand Dame’s history), the new incarnation will have 25 conference rooms, a very chic shopping arcade, a spa and what no luxury liner, even a stationary one, is complete without, a pool deck. 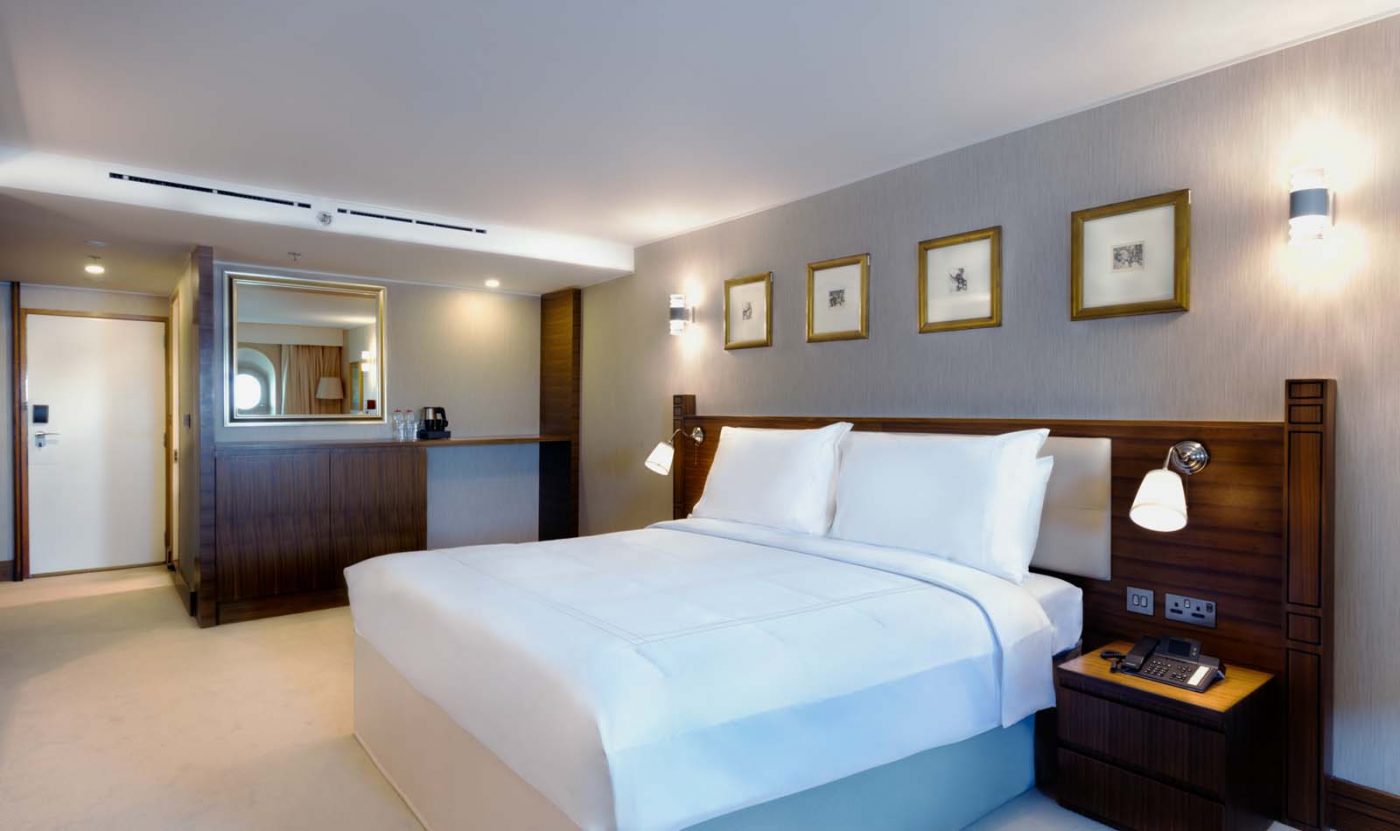 One of the Queen’s staterooms