Sir Richard Branson has embarked on a new odyssey — taking on the cruise industry. And, as with everything he does, he is going to disrupt them, in a way only Virgin can.

First, Virgin Voyages will be adults only, allowing “sailors” (Virgin’s name for their guests) who have to be 18 years of age or older to embark, to be free and not be disturbed by children running around, even their own.

Second, for the indoor and outdoor spaces Branson has commissioned three designers who have never worked on cruise liners before. Design Research Studio based in London will take on Richard’s Rooftop, a VIP outdoor lounge and Pink Agave, an upscale Mexican restaurant. New York-based Roman and Williams are designing The Manor, the boat’s signature nightclub, and The Dock, an outdoor relaxation space. Concrete Amsterdam (from, er, well you know where) has The Athletic Club, an all-in-one sports club, athletic area and sports bar, and The Test Kitchen, a very sterile-looking, laboratory-themed restaurant. 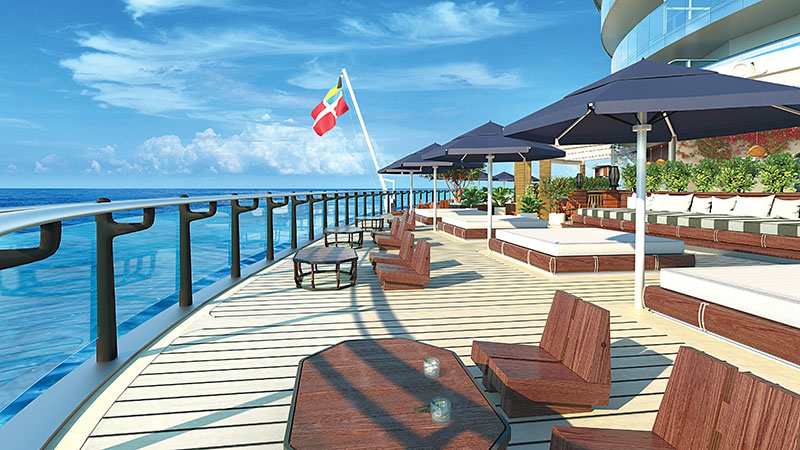 The Dock, the perfect place to do nothing unless you consider lounging on a daybed as something

The design styles have influences from the, we suppose, golden age of sea voyages in the 1920s and ‘30s, to retro futurism and nightlife style from Studio 54. Tom Dixon of Design Research Studio said he’s embracing being encouraged to be disruptive. “That’s the whole idea right? We want to be completely different.” 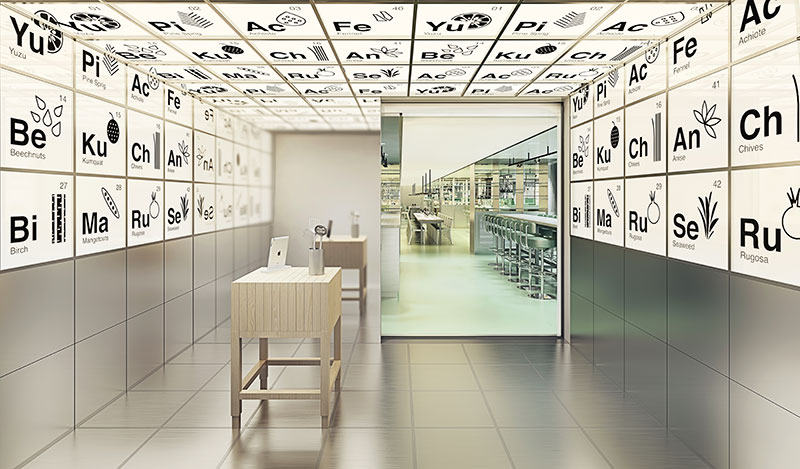 Eat while studying the periodic table of ingredients at The Test Kitchen. No-one thought of that before!

Virgin Voyages are entering the cruise space at the right time. The industry saw growth from $23.3 billion to $37.8 billion in 2017 with ships growing to mega proportion, incorporating every kind of technology for passengers’ entertainment and convenience. The growing trends are new expedition cruises offering more experiences and adventure, and cruise companies investing in their own private islands. What took them so long to think of that? Those into wellness travel will see an uptick in on-board seminars, spa services, exercise and fitness programs, and of course menus providing dishes to compliment the day’s activities to supposedly thwart you from engulfing the midnight buffet. And Millennials, not traditionally a cruise demo, are being targeted too, with river cruises with stops for walking tours and sightseeing, and on board more craft beer, “silent discos” — dancers listen to music on their own headphones — this really is the end of humanity — and rooftop yoga. 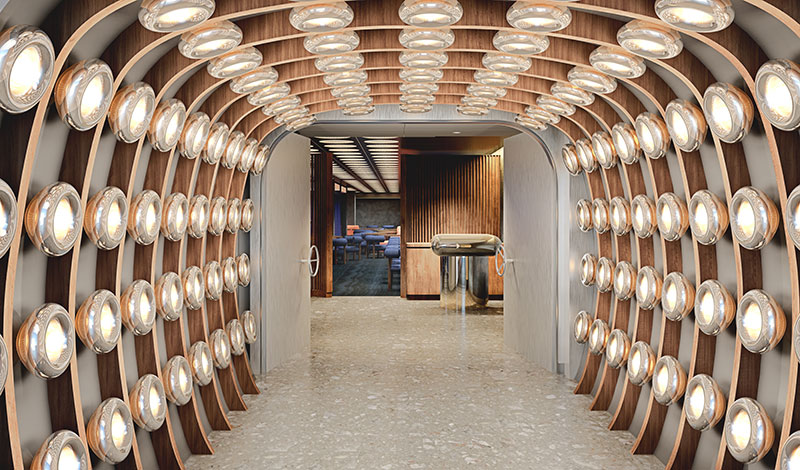 The futuristic entrance to Pink Agave, Virgin’s onboard Mexican restaurant

Virgin Voyages’ three ships, costing an estimated $2.5 billion, are scheduled to stagger setting sail in 2020, 2021 and 2022. Each liner will have the capacity to accommodate 2,700 guests. The first one, christened Scarlet Lady, is due to make its maiden voyage from Port Miami to the Caribbean this year, and will do four to seven days trips. Branson hasn’t said if his own private island will be on any itinerary. We can’t sleep, the waiting to find out is killing us…

Mr. Dixon sums it up nicely: “Big ships have got a romance about them and they are astonishing to see in so many ways. The scale of them as man-made objects is fascinating.” 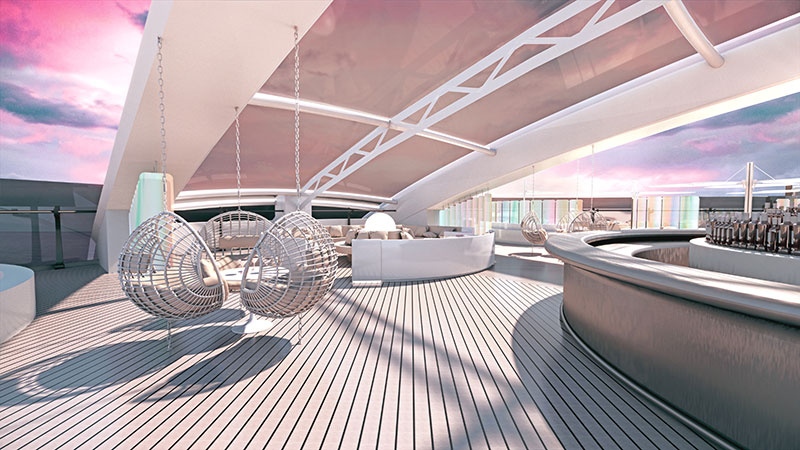 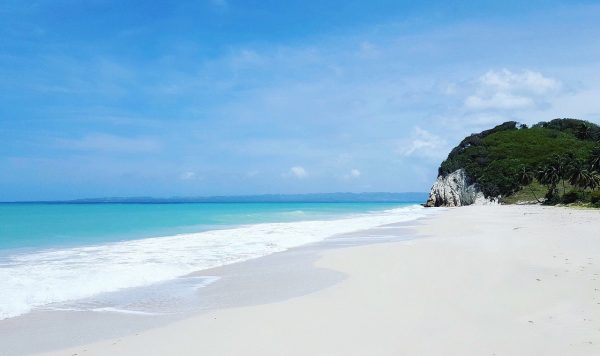 What's wrong with this picture? Oh, that's right, NOTHING! A beach, in Haiti