On a crisp night in late September, my husband and I were standing on the Chain Bridge overlooking the Buda side of Budapest, a city divided by the Danube River. The glittering beauty of the lights of “Buda Castle Hill,” which includes Vaidahunyad Castle, the neo-Gothic Fisherman’s Bastion, and the Royal Palace, left me awestruck. Some enchantment had transported me into a fairytale. Unfortunately, I stood beside a frog-like former prince.

“Adolfo,” I said, “let’s have a wonderful vacation as we planned. We can divorce once we get back home!”

Tears stinging my eyes, I realized how easily I could push him off the bridge, screaming  his many transgressions as the last words he would ever hear. I could almost hear the satisfying splash below. Then I’d smile. Adios mi amor, it’s been nice knowing you for the past two decades!

READ: The Ruin Bars of Budapest

We limited our icy comments to the grandeur of the view, but that only made things worse. We headed back to the Pest side to our hotel. Gaze straight ahead and jaw set in determination, I trudged alongside him down the cobblestone street. I just wanted to get back to the hotel, take a hot shower and crawl into bed. We passed trendy restaurants and bars, all full and lively, filled with fashionable people enjoying a Friday night out.

Then we passed a place that made us both do a double take, the Aria Hotel, a music-inspired luxury boutique hotel. We stepped inside, irresistibly drawn onto an oversized black-and-white keyboard pathway in the floor (I immediately thought of that scene from the Tom Hanks film, Big) which meandered into the lobby/bar called “the music garden.” I recalled that a waiter in Bratislava had mentioned the Aria’s must-see, a shiny black, space-age piano (sometimes called the “Bat Piano”) made of carbon fiber like automotive trims. Hungarian musician Gergely Bogányi designed it to resist all moisture and take design into the future. Mouths agape, we stood and admired the incredible creation. Strangely, we were the only ones in the lobby, except for three women drinking wine on one of the many velvet, bright lime green sofas.

I was so transfixed, I forgot to be mad. “Play it,” I urged Adolfo, an amazing pianist, soloist and song writer, performing professionally for over 20 years. It would be a real treat for him to play such a piano, in Budapest.

He glanced around uneasily.

“Film me,” he said as he handed me his iPhone. He took a seat and commenced playing one of his original compositions called  “Concerto in D.” As I videoed him from different angles, my anger softened. He really is talented, I thought, so passionate about music. Handsome too. I am really quite lucky after all.

The women were listening intently from the sofa. Others appeared, seemingly out of nowhere, smiling, curious, lured by Adolfo’s concerto. After he finished, a tall dashing man in a suit came over and introduced himself as the musical director. We chatted with him for a good half an hour about the piano, its history, value—$228,000. The man offered Adolfo a job if we ever happened to move to Budapest.

As we headed back to our hotel, Adolfo was on a high. “Maybe we can move to Budapest one day, who knows? I have a job already!” He picked me up and twirled me around. “I’m sorry for arguing. Let’s vow not to say one cross word the rest of the trip. We’re going to have a great time!”

Ideas of divorce suddenly turned to vapor, dissipating over the Danube, shimmering with the reflected night lights of Budapest. Adolfo is Latin and an artist and therefore excitable, ardent, fiery and impassioned. After two decades, I’m still learning to live with that. As I write this, I don’t even remember what the argument was about that night, something insignificant in love’s grand scheme, but it was not an unfamiliar scene between my beloved and me on vacation.

1  Decide what attractions you want to visit before you leave. To avoid feeling that one person is in control of the itinerary, decide that each of you will pick three of your top choices. I love churches and ghost tours and my hubby is into museums and music venues. This way we get to see a variety of things without feeling resentful.

2  Carry Snacks. Ladies, carry healthy snacks and a small bottle of water in your purse; nothing spoils an excursion more than getting hungry and feeling irritable or irrationally angry as a result. A problem that has come up consistently for me is that even though I eat breakfast, I get hungry again around noon. He argues that I need to eat a breakfast that will “hold me” until the afternoon, but don’t want to stuff myself and feel miserable just so that we can delay lunch. My solution: a protein bar, some nuts, a banana or apple, snacks that nicely prevent hunger attacks.

3  Get organized. My misplaced credit card in Paris led to one of the biggest cock-ups of our traveling history. We were at one of the top three sites on my agenda, Shakespeare and Company Bookstore on the Left Bank. I had dreamed of visiting this iconic shop for years. As a souvenir, I selected a colorful 20-euro tote bag. As I rummaged through my wallet, I came to the panicked realization that my brand new Capitol One Visa card, acquired specifically for the trip, was nowhere to be found. I had no cash on me, and they didn’t take American Express. Adolfo commenced to angrily lecture me on being disorganized, while I resentfully pleaded with him to lend me the money, feeling like a two-year old. I had to have that bag! I endured still more scolding before he begrudgingly handed me some cash. When we got back to the hotel room that night, I found the credit card in my other purse. You can be sure from then on, I have made sure to comb through my wallet and purse thoroughly before leaving the room.

4  Don’t expect things to be done abroad the way they are done at home. Continuing with the Paris incident, while still at Shakespeare’s, I thought I must have left my credit card at the restaurant in the Bastille neighborhood where we’d had lunch, so Adolfo decided we must go to the bistro next door to Shakespeare’s and use the phone to call and see if anyone found it. We took a seat outside, ordered a drink and Adolfo asked to use their telephone. Mais non!  His request was promptly denied. Adolfo went in search of the manager and proceeded to lecture the waitstaff in English about “customer service.” They tried to explain that this just isn’t done in France, that they do not call their competitors, or let customers use the phone. One of the waiters came back out to our table and asked me in French (my second language) if Adolfo was my husband. Upon confirmation, he gave me a classic Gallic facial expression conveying his condolences, to which I felt supremely entitled. If the whole incident hadn’t begun with my oversight, I would have been mortified and therefore furious with Adolfo. Agree ahead of time to abide by the When-in-Rome rule.

5  Spend one day simply relaxing. Pounding the pavement trying to cram in as much sightseeing as possible is exhausting. Fitting in some R & R is a great way to unwind and connect with each other. Whether it’s a day at the beach, a spa or a picnic in a park, it’s also a great way to unplug from your phone and social media. Vacations often turn into endless photo and video uploads and even lead to actually missing the precious moments in the here and now. Take that day to physically, mentally and emotionally recharge.

6  Accept your partner for who they are. Try to see the best in them. Everyone is different and traveling affects us all differently. Jet lag, different food, bed and culture can be stressful, so allow them to ease into it and appreciate their feelings and quirks. And remember, you’re not perfect either!

Traveling with your partner is such a wonderful way to rekindle the romance and remember why you fell in love in the first place, so don’t blow it by bickering!

Love Among the Ruins

The Ruin Bars of Budapest are a local phenomenon, and have risen out of Communist-era decay 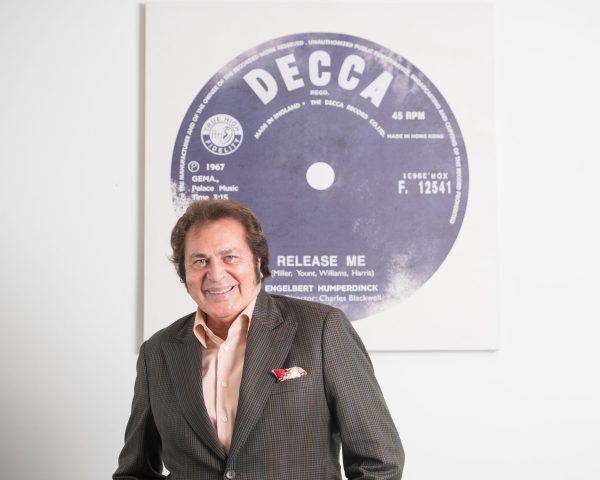