All photography by Diana Kozak

If you want to get to know the true classic Spain, then don’t look for it in the arrogance of Madrid, or in flirty, cosmopolitan Barcelona, or the calm and polite Galicia.

Let temperamental and bright Andalusia, land of flamenco and corrida (bullfights) be your choice!

Arriving there one fine day from the restrained northern Lithuania, I fell in love at once with this part of Spain. Not only because of the 20 degree Celsius temperature difference, which was welcome, but also the local La Buena Vida night life, which created a pleasant contrast compared to the uncrowded streets of the cold Baltic country, in which, due to having to flee Ukraine, I have lived for the past few months.

In the numerous atmospheric bars of Sevilla sat noisy characters, as if descended from the canvases of Velazquez. My enthusiastic attempts to photograph their proud profiles were met with absolute indulgence and I, drinking another glass of wine in such warm company, finally thawed out! 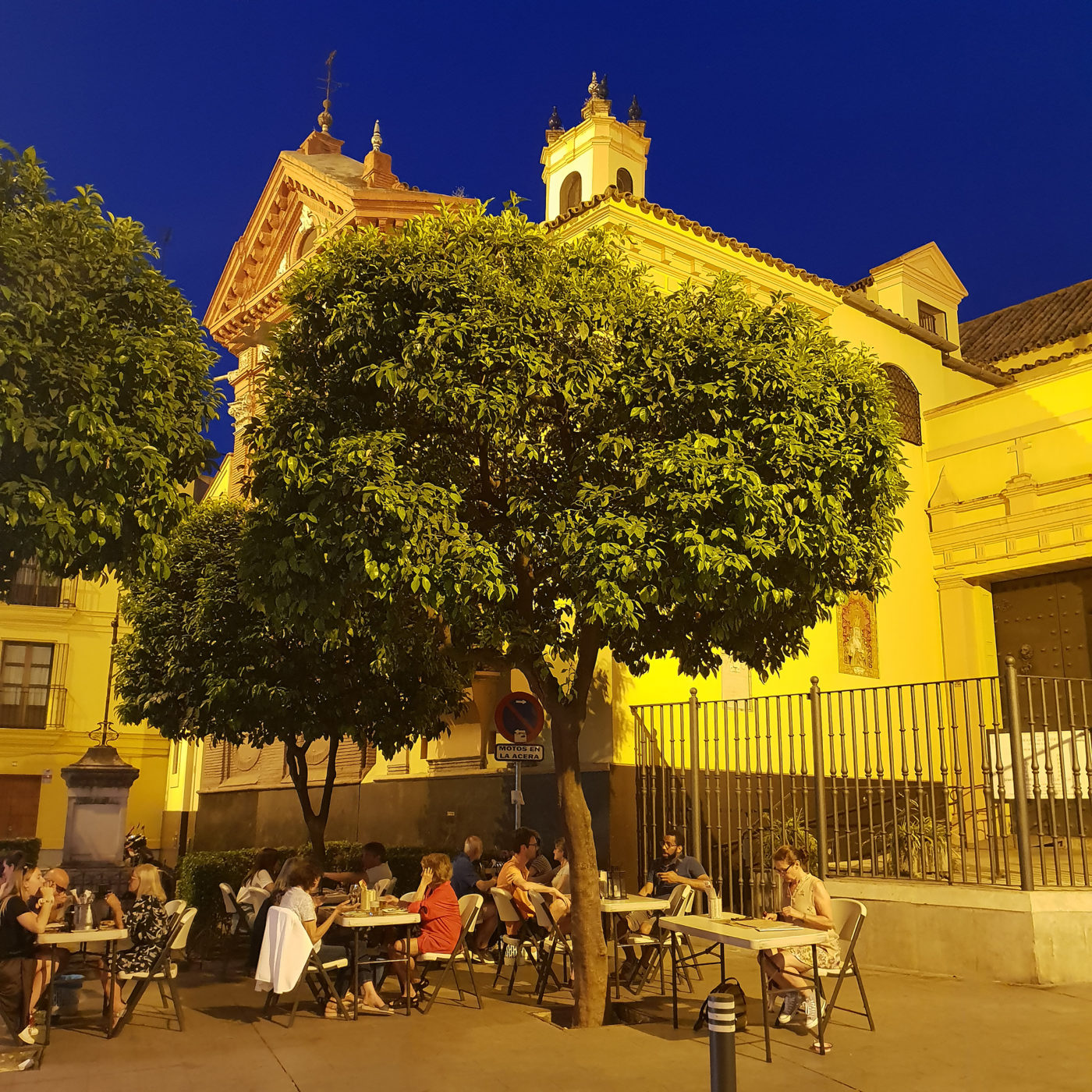 Sevillanos love to eat late, and in this beautiful spot on a warm summer evening, why not?

These eyes rejoiced at the cheerful crowds of beautiful young people hurrying to the next party at two in the morning. Beautiful Sevilla didn’t sleep, and everything was just beginning!

With pleasure I went along the ancient night time streets, trying to capture every little moment to my memory. In times past, the rhythm of the city’s life was determined by the departure of sailing squadrons to the New World, and the old stones still remember the era of the great discoveries. 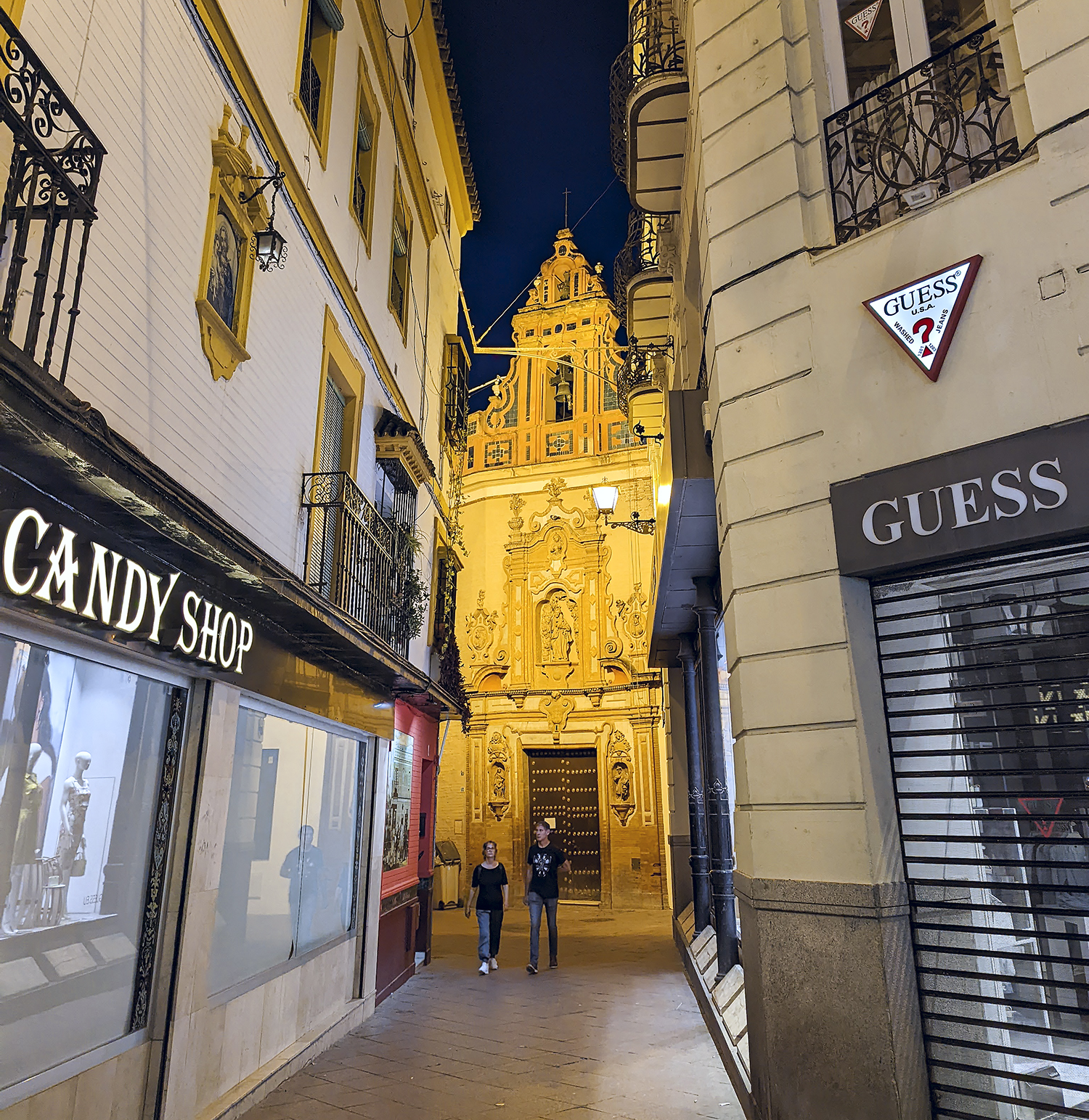 Nighttime in Sevilla, where a narrow street in front of a church has plenty of hip shops

As I was walking, pictures of the past began to come to life before my eyes. The streets were filled with noisy merchants, brave sailors and Moorish artisans. In my mind, I supervised the loading of valuable silk fabrics onto the ship and I felt absolutely happy!

Of course, you will say, that glass of Spanish wine that I drank in the bar is to blame for everything. And you would be right! Admit it, friends, are you just a little jealous of me?

I was lucky twice — after Sevilla, my path headed south to the oldest city in Western Europe, Cadiz 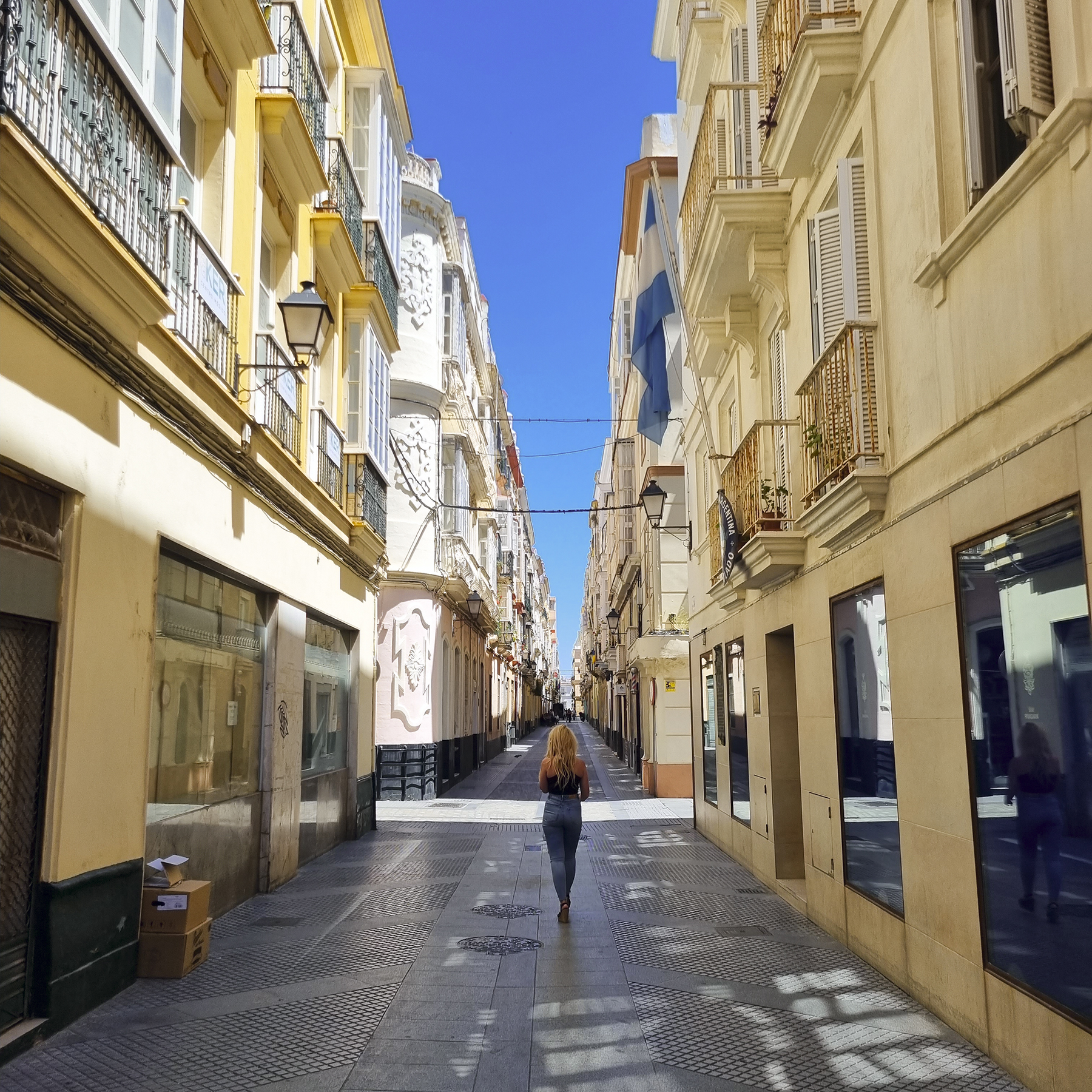 An empty street in the afternoon in Cadiz

Its history is impressive and few cities in the world can claim to have been founded by the Phoenicians around 1100 BC. Later, during the Age of Discovery, it was Spain`s main port for  Columbus’ ships.

At the same time, modern Cadiz can hardly be called a very touristic city.  But that’s the beauty of it! Where else in Europe can you rent a beautiful apartment in a historic 18th century palazzo for a relatively small fee?

Don’t deprive yourself of this!  Trust me, it will be a very cool and stylish experience.

In the afternoon, during siesta, when the town is especially deserted, you should definitely stroll through the medieval narrow streets and look into the quaint courtyards, richly decorated with colorful ceramics. Don’t be afraid of the heat — you will enjoy this walk and feel like a local.

One of the most beautiful fish markets I have ever seen in my life is here, very aesthetic and surprisingly clean. And the range of fresh seafood from all over Spain is impressive. 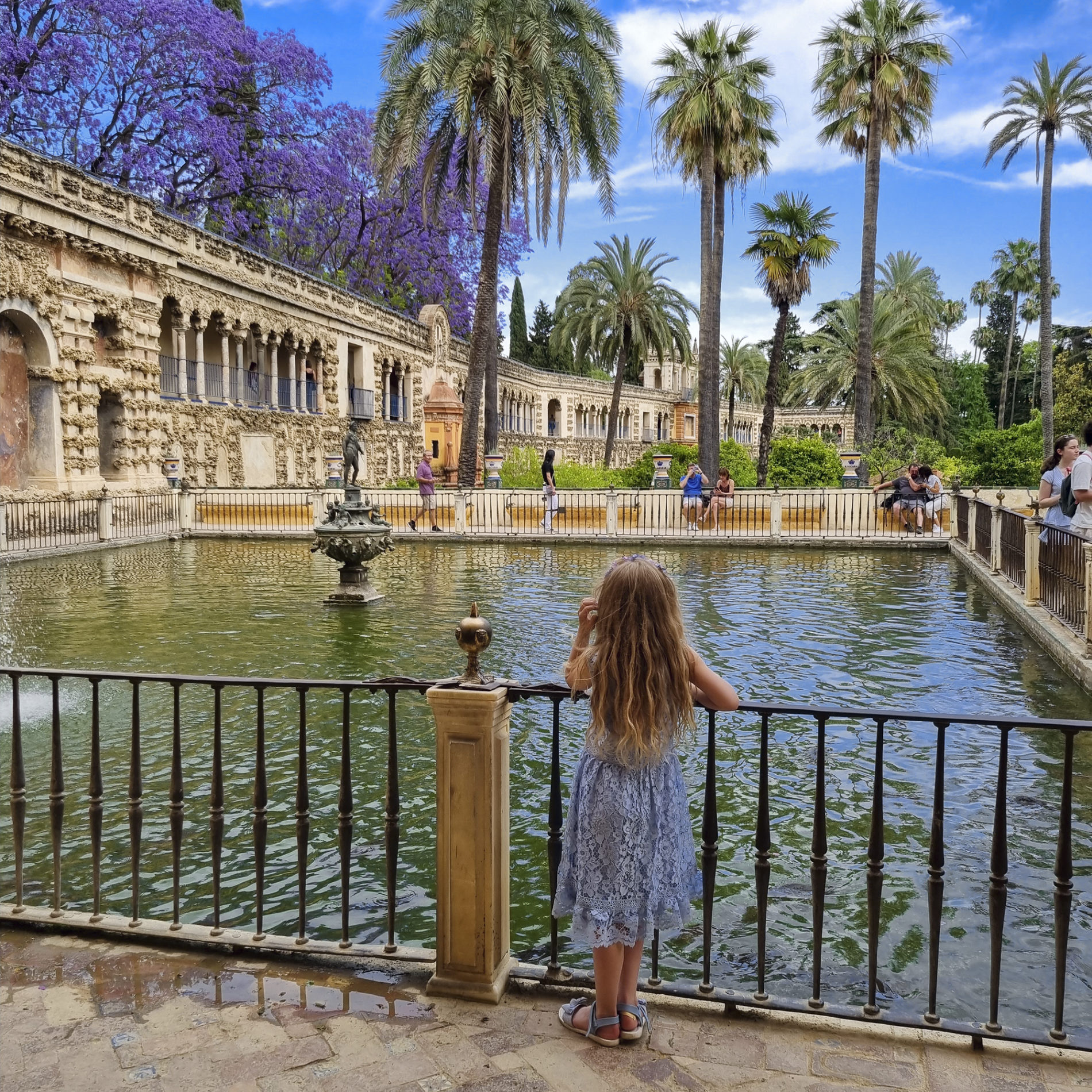 Diana’s daughter, enjoying the extraordinary Garden of Alcazar in Sevilla

Therefore, it will be a special pleasure for you to cook paella yourself, from freshly bought mariscos. I have no doubt that your dish will be tastier than from a restaurant!

And some interesting intrigue for you single guys: the rich multicultural history of this region has played a role in the gene pool of the local population. Therefore, Andalusian women are cinematically beautiful. The mixture of Moorish blood gives them graceful guitar shaped figures. You can see for yourself on one of the numerous public beaches.

You just won’t want to leave.

The blissful idyll of this region was broken for me by only one sad thing –- the local taxi drivers. Oh, these are the most indifferent and non-punctual taxi drivers in the world! Please, don’t repeat my mistake and trust them with your fate! My gullibility played a cruel joke on me and my train, alas, left without me…

But that, my friends, is a completely different story! 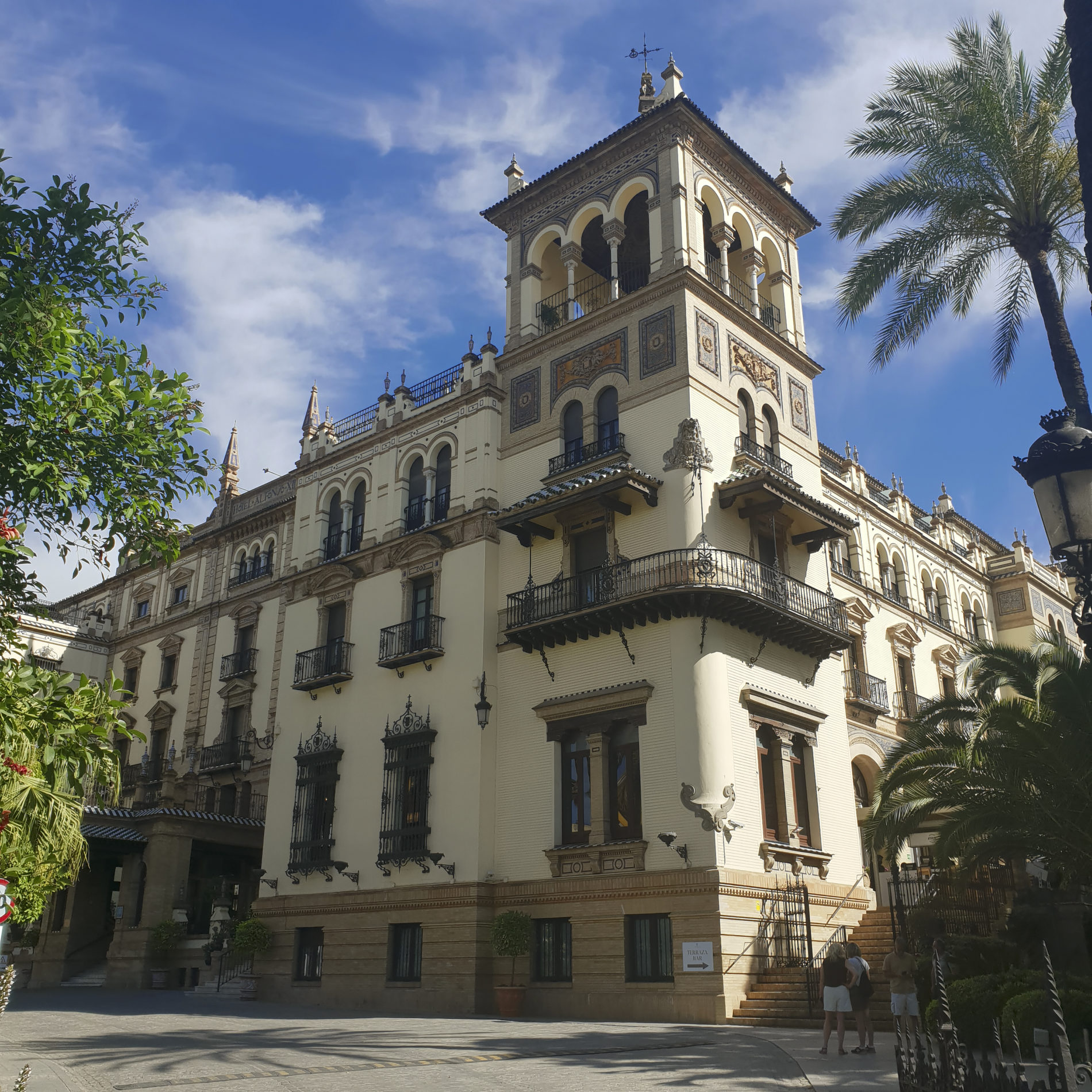 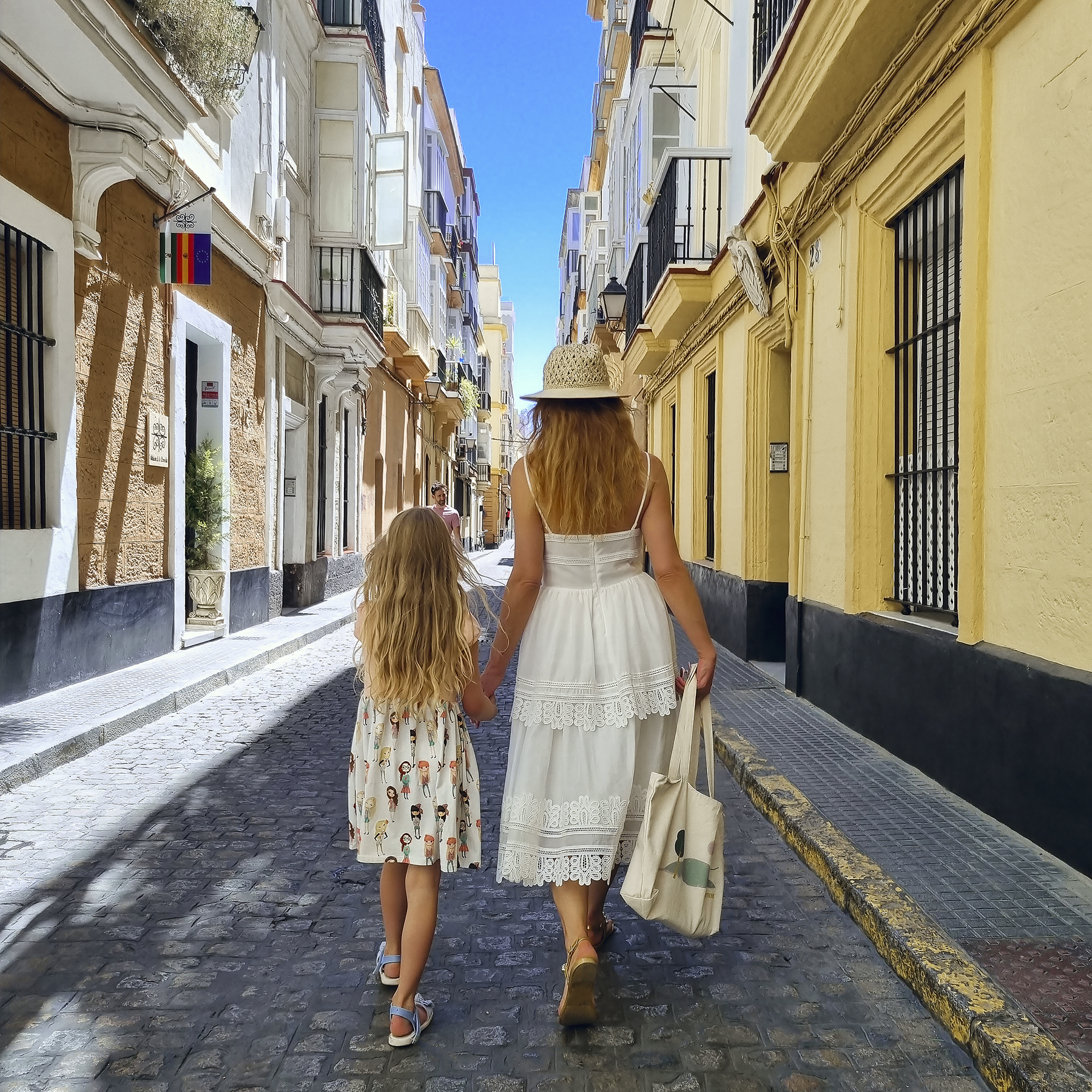 Diana and her daughter strolling in afternoon-quiet Cadiz… 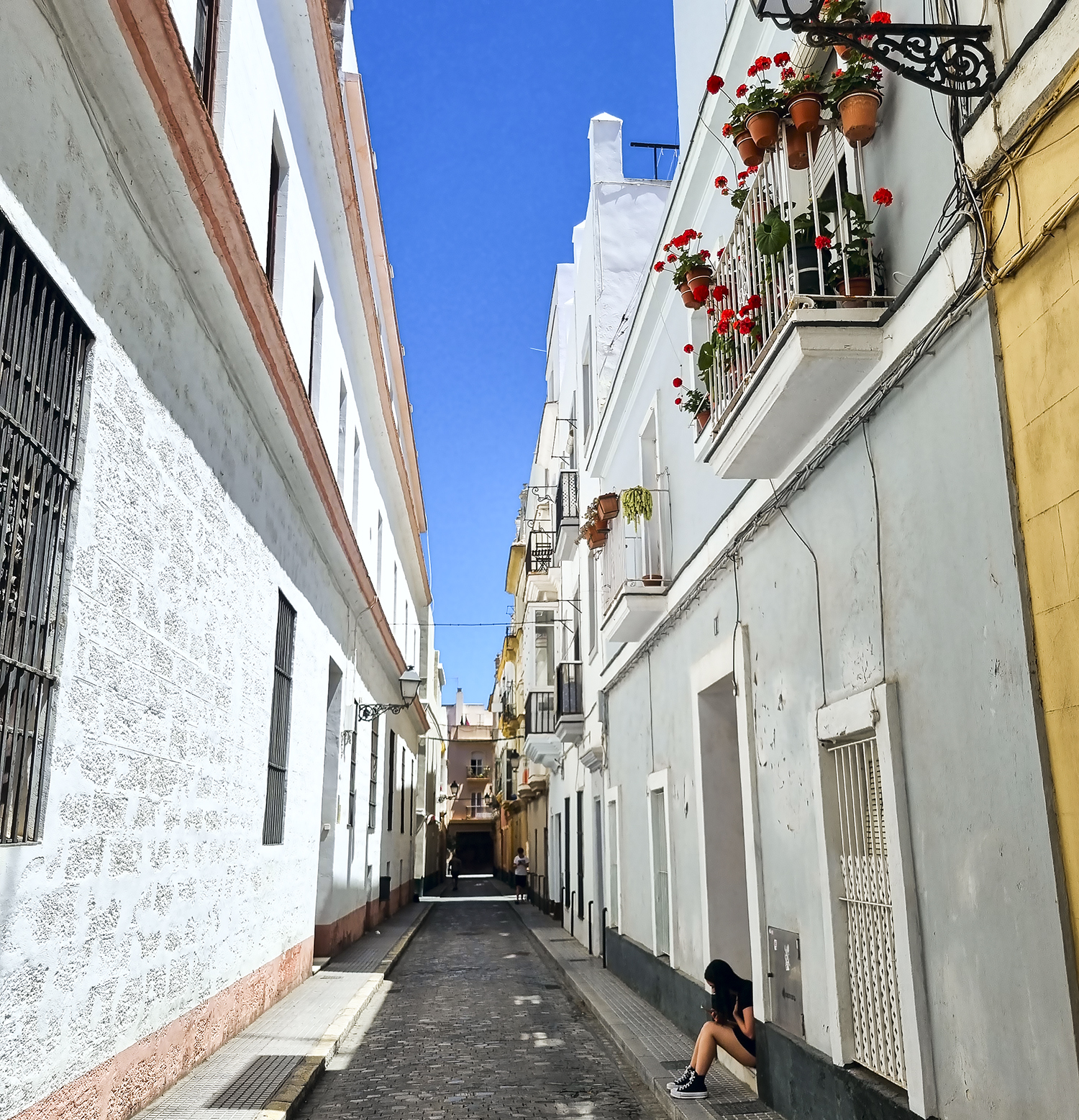 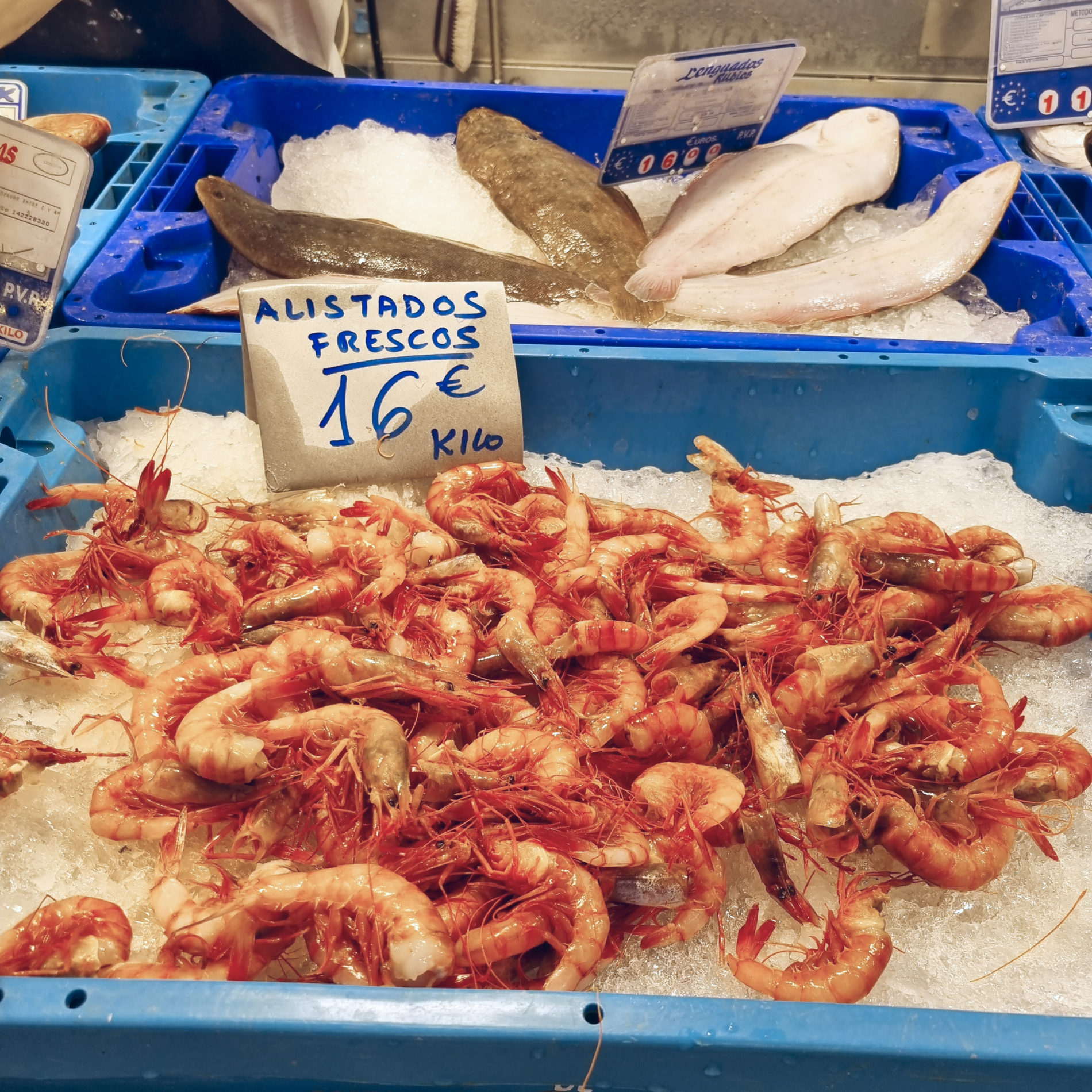 Those are some fresh shrimp at the Cadiz fish market!

There’s plenty to say about European olive oil, and at a recent seminar in NYC it got said…

HOW TO BUY A CASTLE 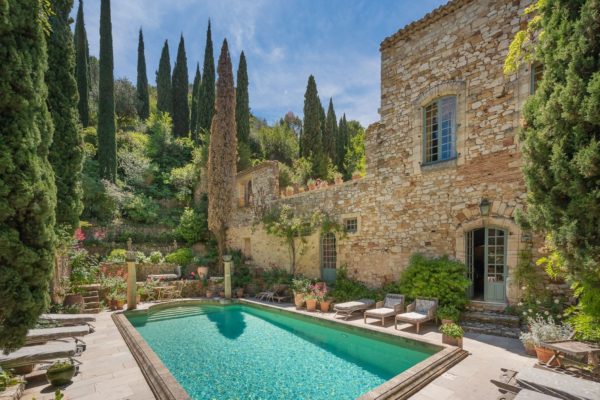