It is a cold March morning and I’ve been standing for hours in a line of many thousands hoping to get on the evacuation train today. Nearby, the same pale, silent, exhausted mothers and frightened children are patiently waiting. The air raid sirens are howling. We are waiting in an open area, and everyone is very scared -– we could be bombed at any moment! 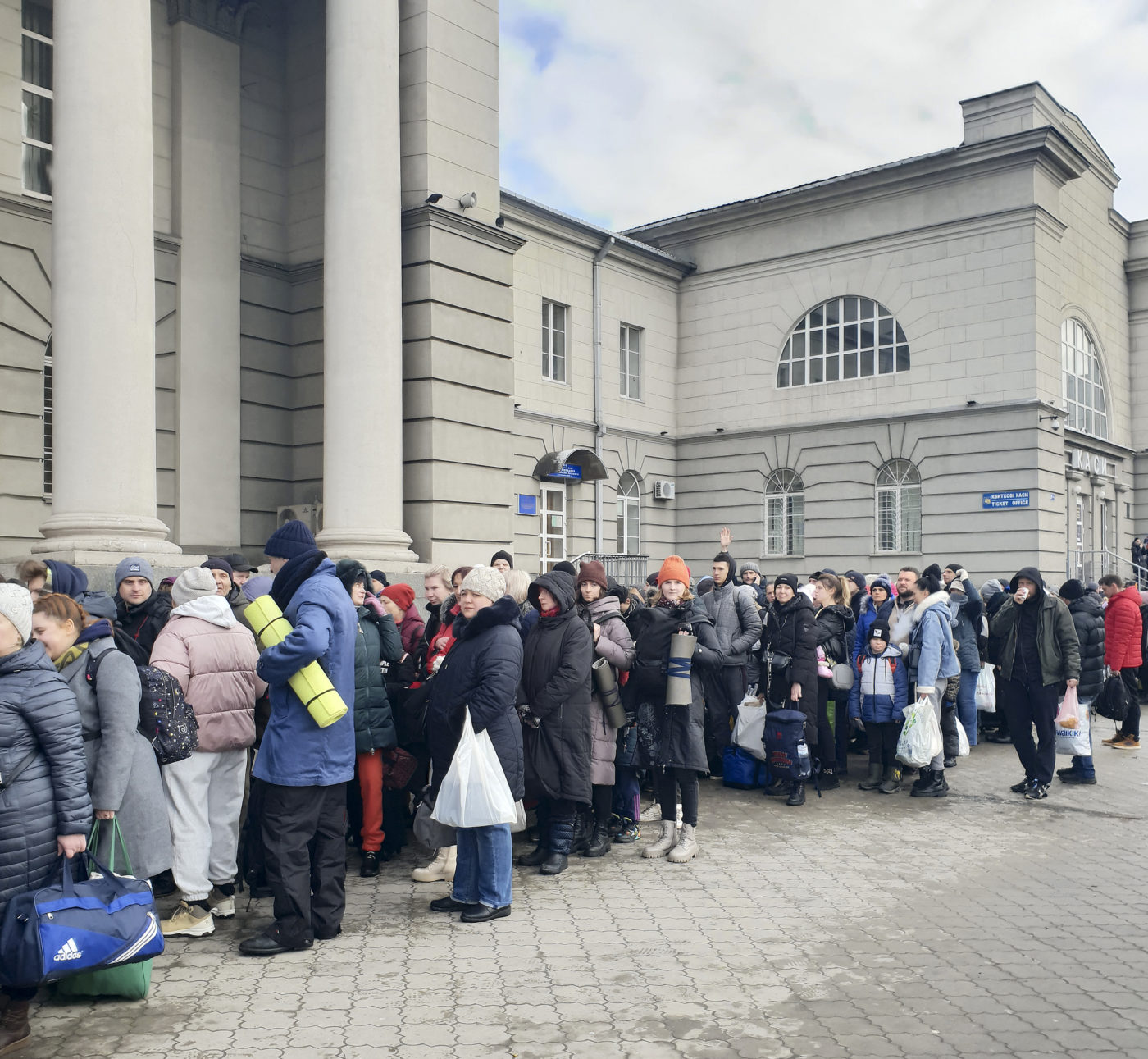 Finally, when the boarding of the train begins, the mood of the crowd changes radically to panic, and people, turning into wild animals, run and push everyone in their path to get on the train!

There are only ten people in my compartment meant for four people, and I am lucky, others are less fortunate, they have 12-15. It’s very stuffy on the train, which travels to the Polish border for two days. No one cares about comfort; people are ready to sleep even on the floor! So, they can escape.

I never liked the tragic romance of films from the Second World War. The sad farewell at the evacuation train, broken families, the last wave of the hand from the window. I never imagined that I would have to experience this myself!

My decision to evacuate my city, leaving my relatives and my bleeding homeland, was very hard and not immediate. Only fear for the life of my child forced me to decide to do this. 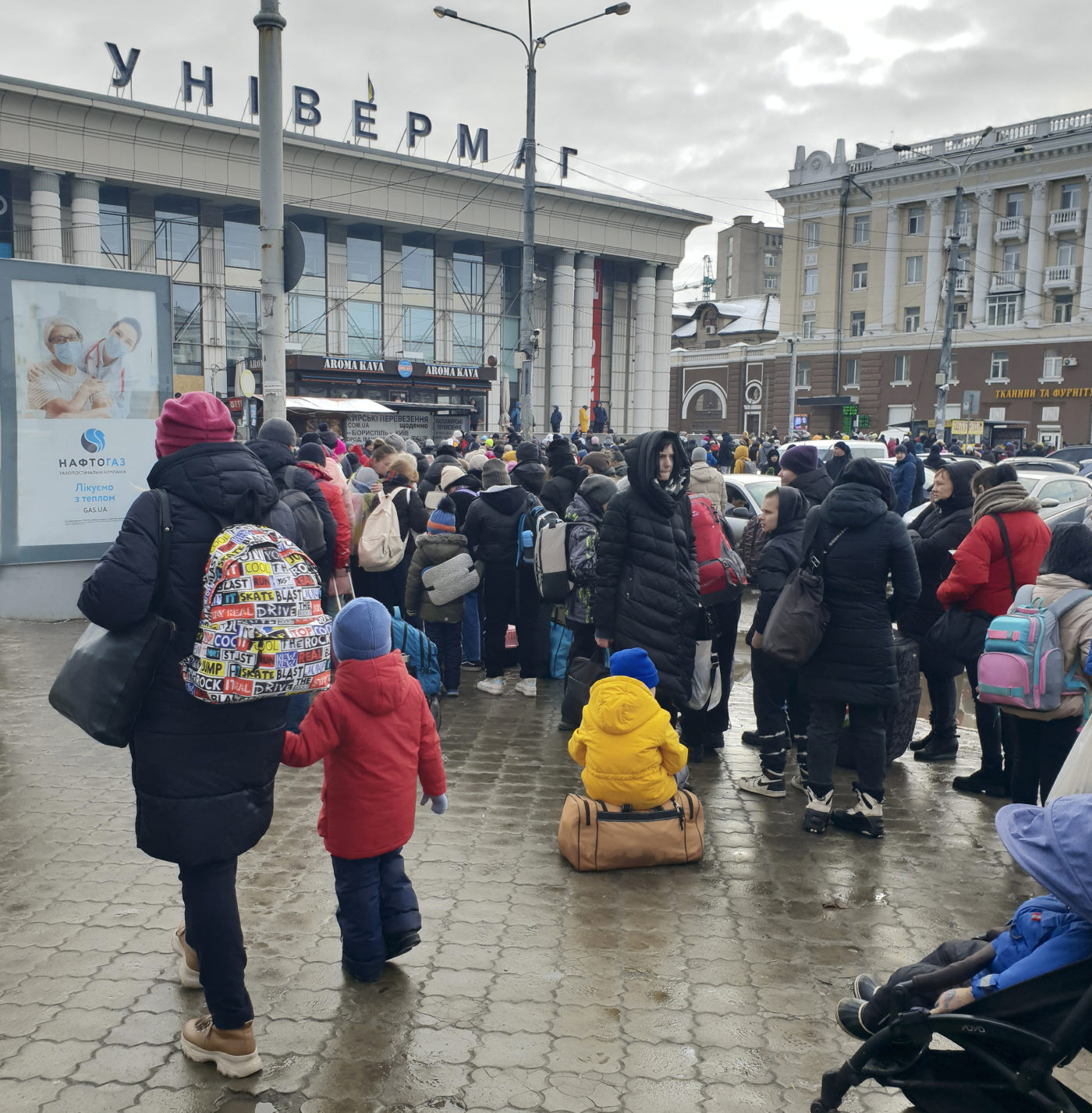 Having fit our whole life in a small backpack, we went with no plan, without an address, a goal, just to find a safe place to sleep peacefully, and not be thinking that we would be blown up in our sleep. Luckily, my Lithuanian business partners sent volunteers to take me and my daughter from Poland to Lithuania. Noble Lithuanians gave me a place to live there, organized my life, and arranged for my child to go to school.

Until the end of my days, I will not forget all these wonderful people who wholeheartedly and selflessly helped us, warming us with their warmth, our tortured souls!

Due to Russia’s military aggression, almost 5 million people (mostly elderly people, women, and children) were forced to leave Ukraine. Although we were well received by European countries, we still suffer, dreaming of returning as soon as possible to start rebuilding our wounded and dearly beloved motherland. 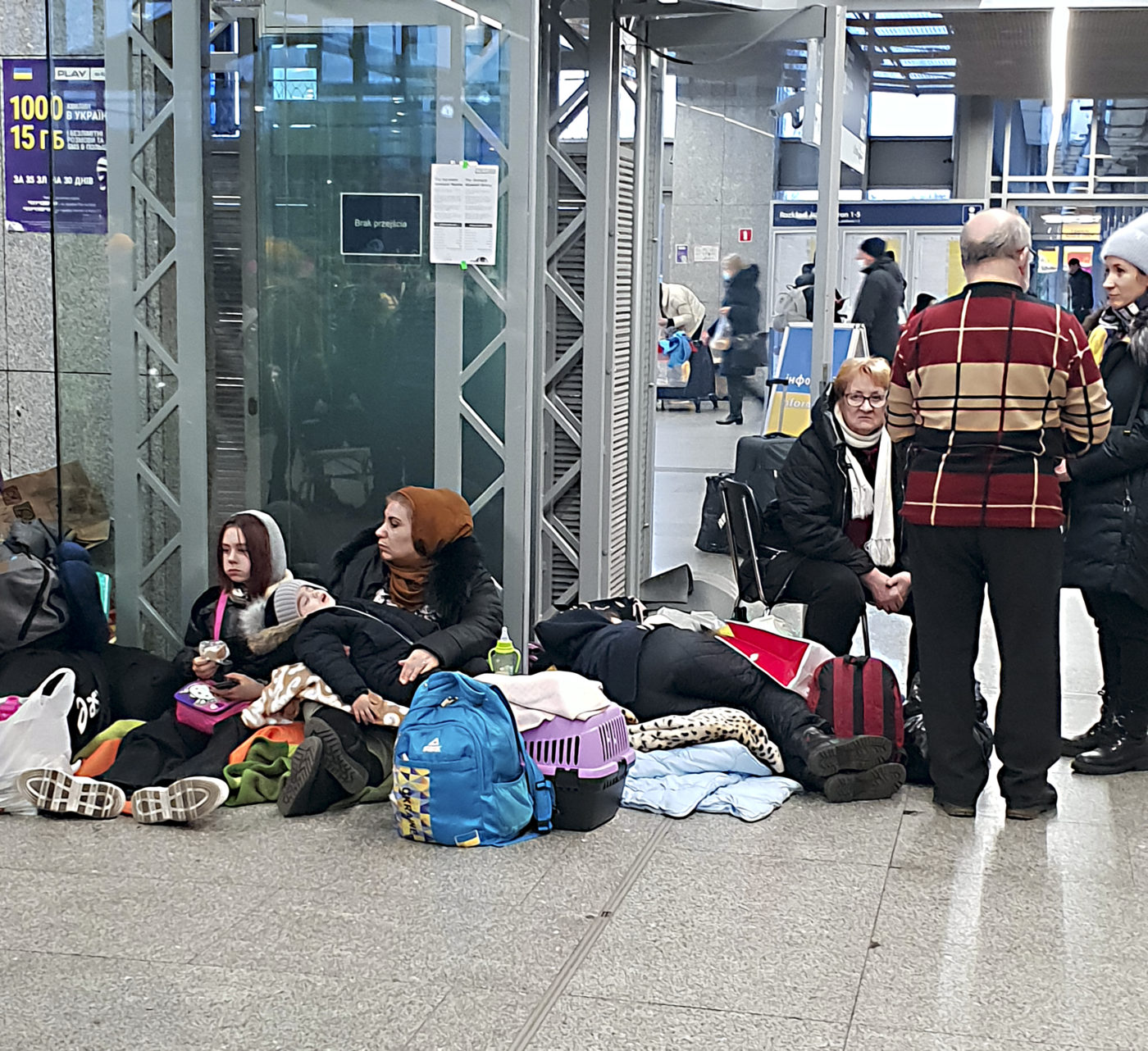 Before the start of this unjust military aggression, we lived happily in a free democratic country. We were engaged in business, built beautiful cities, traveled, and raised children. We built our future, laughing at the absurd propaganda lies of our envious eastern neighbor, about the mythical political crisis in Ukraine and militant nationalists, of which there have always been no more in our country than in any other.

Back in 2004, after the victory of the Orange Revolution in Ukraine, Russia, frightened by riots on its borders, began to create a negative image of Ukraine on its propaganda channels.

Our countries have a lot of mixed Russian-Ukrainian families. Ukraine is a multinational country. Russian and Ukrainian are spoken fluently here, and students from different countries of the world study here. And in the beginning, the Russians did not really believe this propaganda.

However, in 2014, when Putin decided to carry out his long-planned seizure of Crimea and the eastern territories of Ukraine, the art of propaganda in Russia reached monstrous heights!

In order to make the Russians hate us, and thereby justify their military aggression, the Kremlin propagandists on all Russian channels zombified the population with negative information about Ukraine almost around the clock, using all the secret psychological techniques.

Now we cannot communicate with relatives from Russia. Our attempts to tell them the truth about the war are met with distrust. They sincerely believe that we bomb our own cities and kill our children!!!

Unfortunately, the Russians trust TV propaganda. They believe their president, who conducts a monstrous psychological experiment on them, changing their consciousness, and thereby receives tacit approval for the destruction of Ukrainian cities and the murder of our children. I am a Russian-speaking citizen of Ukraine, and my mother is Russian. Many years of traveling around the world taught me to be tolerant of any nationality, to love and respect the culture of other people. It is difficult to accuse me of subjectivity and nationalism.

I want to appeal to people living in the Western world!

Please do not think that Ukraine is far away and that this will not affect you personally!

Remember about the “butterfly effect”, that what seems insignificant to you personally can bring big and unpredictable consequences all over the world. Because of the war in Ukraine, a world food crisis is already beginning. Incredibly, it is possible that food riots, other humanitarian disasters, and wars will begin everywhere.

Remember that each of you can contribute to the prevention of the Third World War! 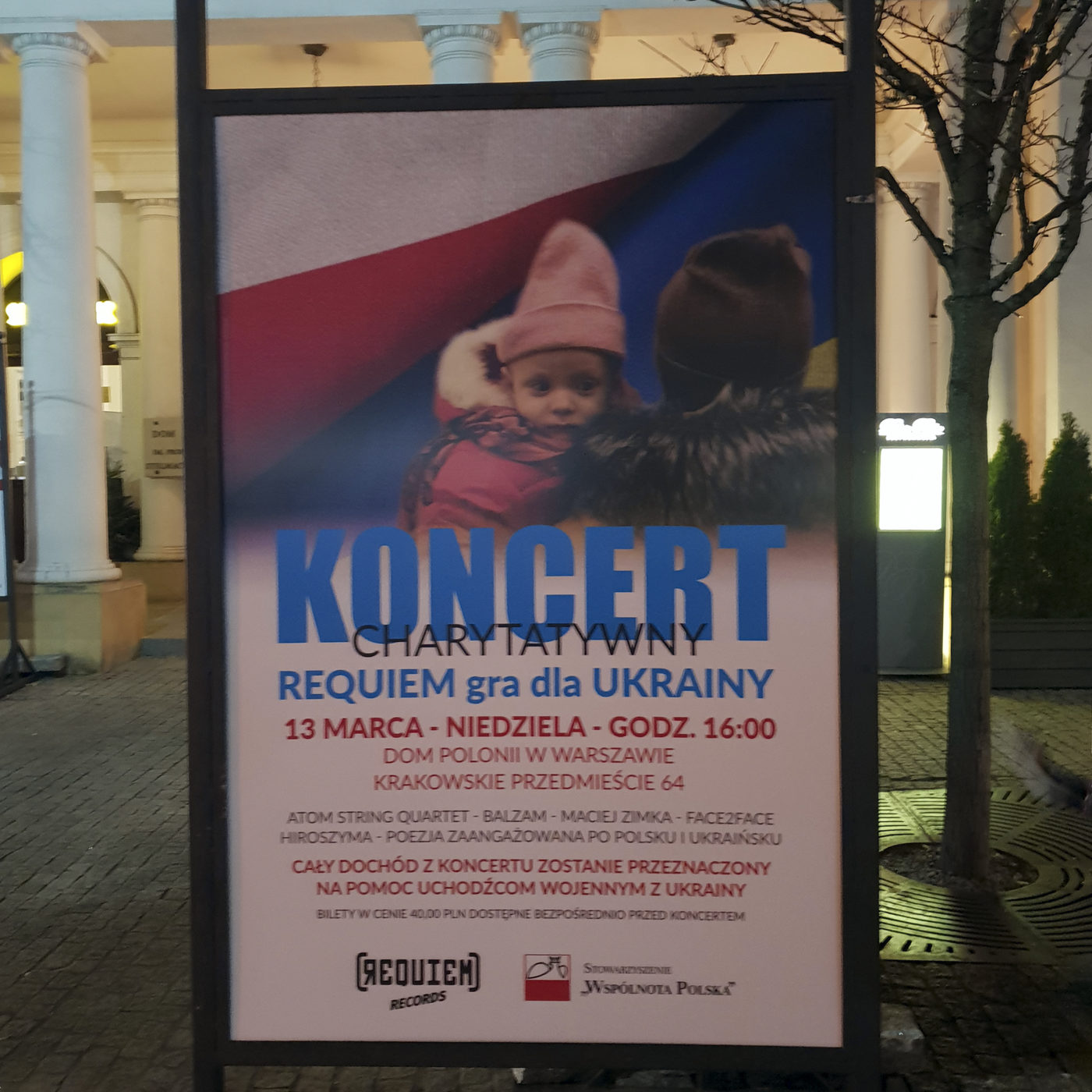 Don’t be silent –– be loud! Push your governments!

Because tomorrow it will be too late.

Update  As you read this, in early May, there are bombs falling on the central part of my city,  Dnipro, which is the main humanitarian hub in Ukraine now. Any support you can give us will save lives and help us deal with the overwhelming crisis of displaced and wounded people. Refugees from all over our country, from hot spots Mariupol, Donetsk, Lugansk, come to us and we evacuate them further to Europe.

Here is the post from our mayor with bank accounts for donations to help our city:  https://www.facebook.com/filatovborys/posts/534105451410043

And here is another link to support Ukraine:   https://www.ntoukraine.org

Diana Kozak is the Director of travel company Tamarind, in Dnipro, Ukraine. Diana and Tamarind are part of our good friends at the Adventure Travel Trade Association: www.adventuretravelnews.com

The former World Heavyweight Boxing Champion is now Mayor of the Ukrainian capital, and tells us why we should come

YOUR STEAK COMES WITH A SPANKING HOW WOULD YOU LIKE IT?

In Lviv, one of Ukraine’s most beautiful cities, theme restaurants are a thing. And you will be spanked