Visions of towering saguaro, fiery sunsets and endless vistas come to mind when we think of golf in the desert. In addition to postcard-perfect desert courses featured in nearly every golf publication, many first-time visitors to Arizona are surprised by the vast array of choices which include parkland style courses dating back to the 1910’s and 20’s, scenic executive courses, and greens fees to fit nearly every budget.

A golfer could try a new course almost every day of the year. It’s estimated there are nearly 300 courses within a 30-40 minute drive from Phoenix. No wonder the area draws golfers from around the world. 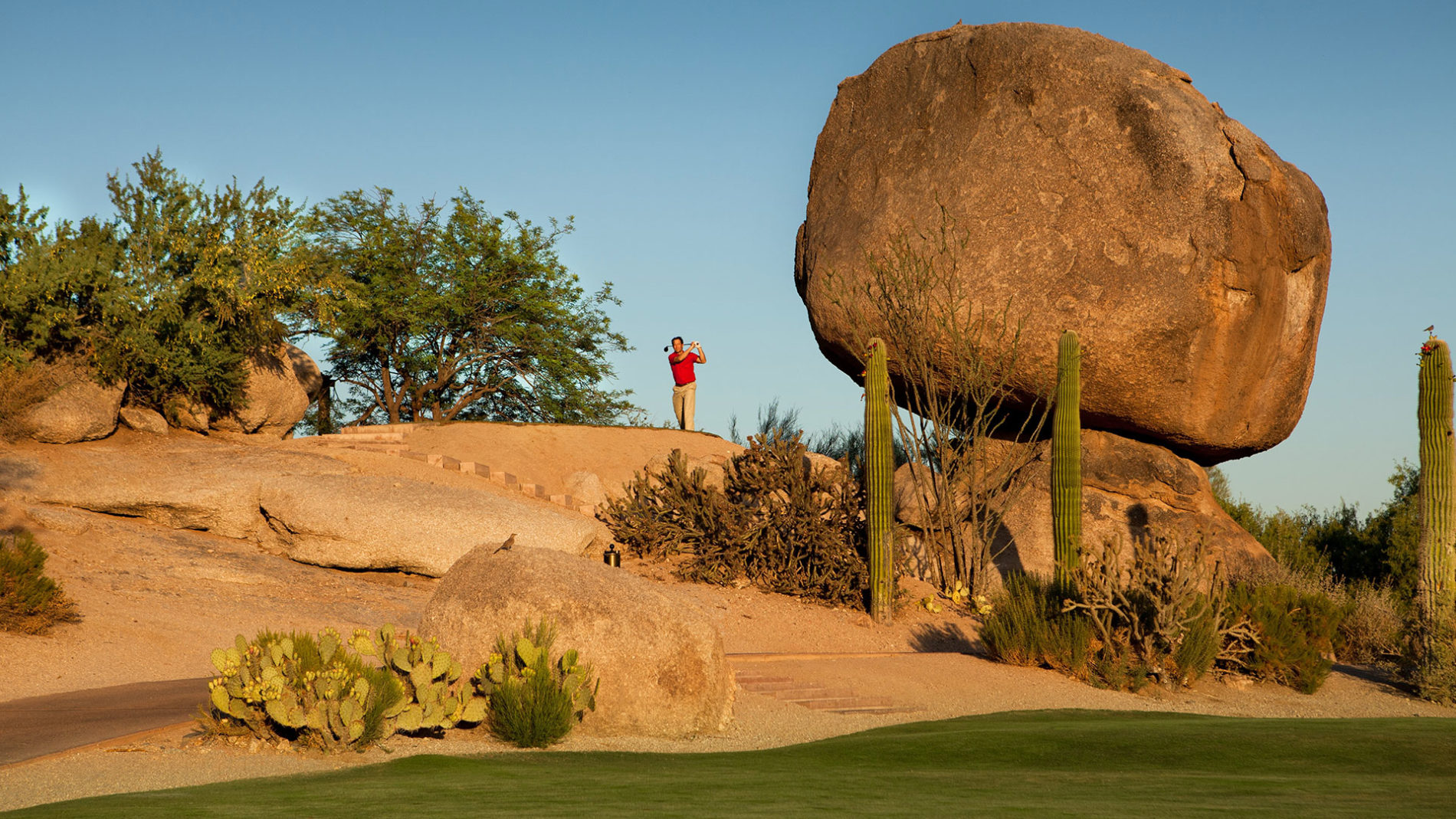 The quite appropriately named Boulders course

Phoenix averages 330 days of sunshine annually and daytime temperatures range from the low 60’s to the mid 80’s from November through April. Because of these ideal conditions, the “Valley of the Sun” has become a Mecca of golf, best known for its “target-style” courses.

On a target course, a player attempts to drive a tee shot from a lush, grassy teeing area, over natural desert arroyos to a manicured fairway.  Once in the fairway, the player targets a putting green that’s often surrounded by a complex of sand traps and grassy bunkers carved out of the surrounding Sonoran Desert.

These courses first gained popularity in the 1960’s and proliferated through the 80’s and 90’s in part because they required less water in the arid desert, but also because of the eye candy created by the contrast of lush fairways and greens against the backdrop of the rugged native land.  A plethora of such courses abound, both private and open for a daily fee.

High-end, daily fee target courses in North Scottsdale include four that each have two courses:  Troon North, We Ko Pa, Grayhawk, and The Boulders. Then there’s the Tournament Player’s Club, which attracts more than 500,000 spectators each year attending the bacchanalian event that is the Phoenix Open. 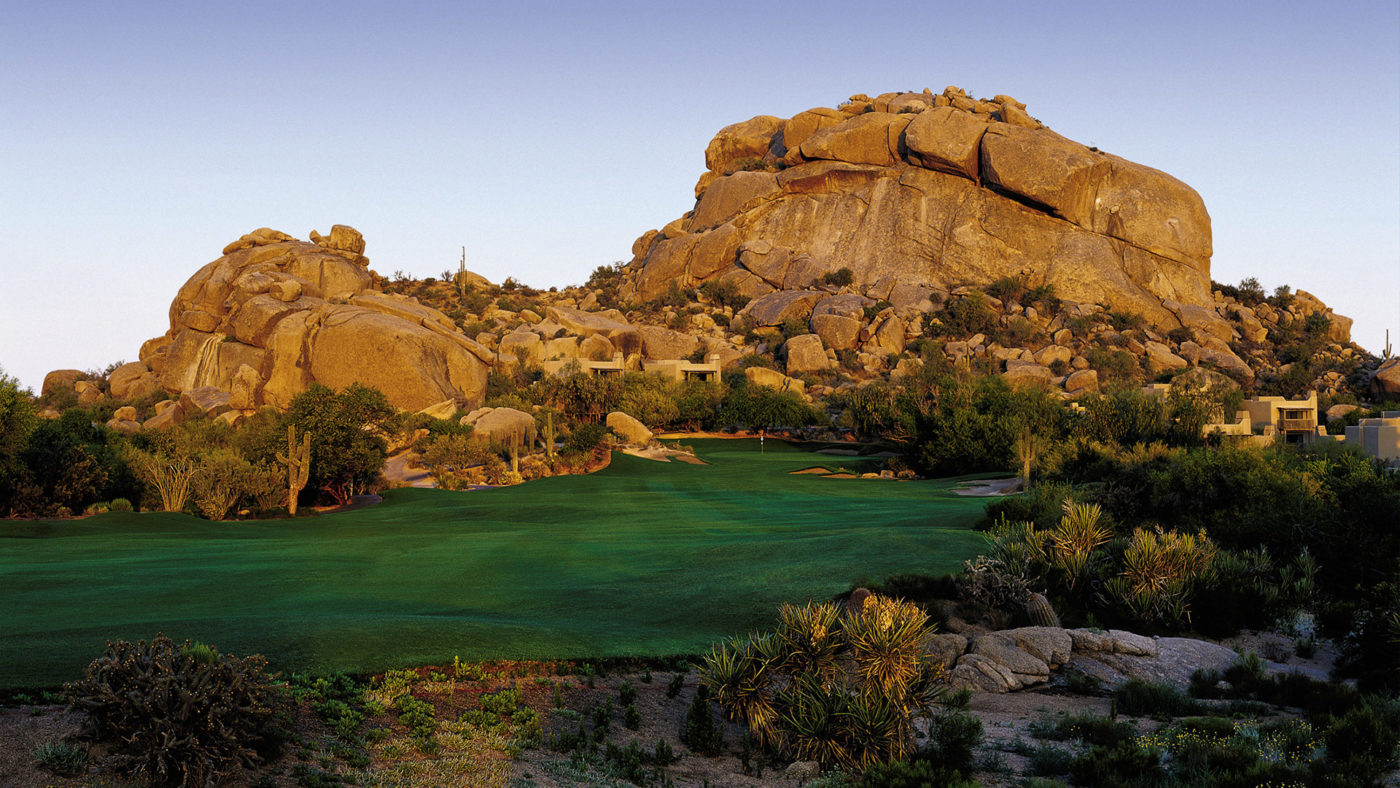 Don’t get lost in that rough! You’ll be up there for days

But golf in the Valley extends beyond Scottsdale’s luxury resorts and the $300 peak season daily green fees many courses command. Equally spectacular target courses have sprung up just a short drive west of downtown Phoenix in the towns of Buckeye and Wickenburg, where players will find courses like Verrado’s two courses, and Quintero, where daily fees from November through April fees are in the more modest $100 to $200 range.

For the more budget conscious, Phoenix has a number of challenging, well-groomed municipal golf courses like Aguila, just west of the city, and Papago, the grand dame of municipal golf in the Valley. Situated just minutes from the heart of the city, Papago captures the scenic Tempe Buttes and downtown Phoenix, and is a fitting home course for the National Champion golf teams at Arizona State University. 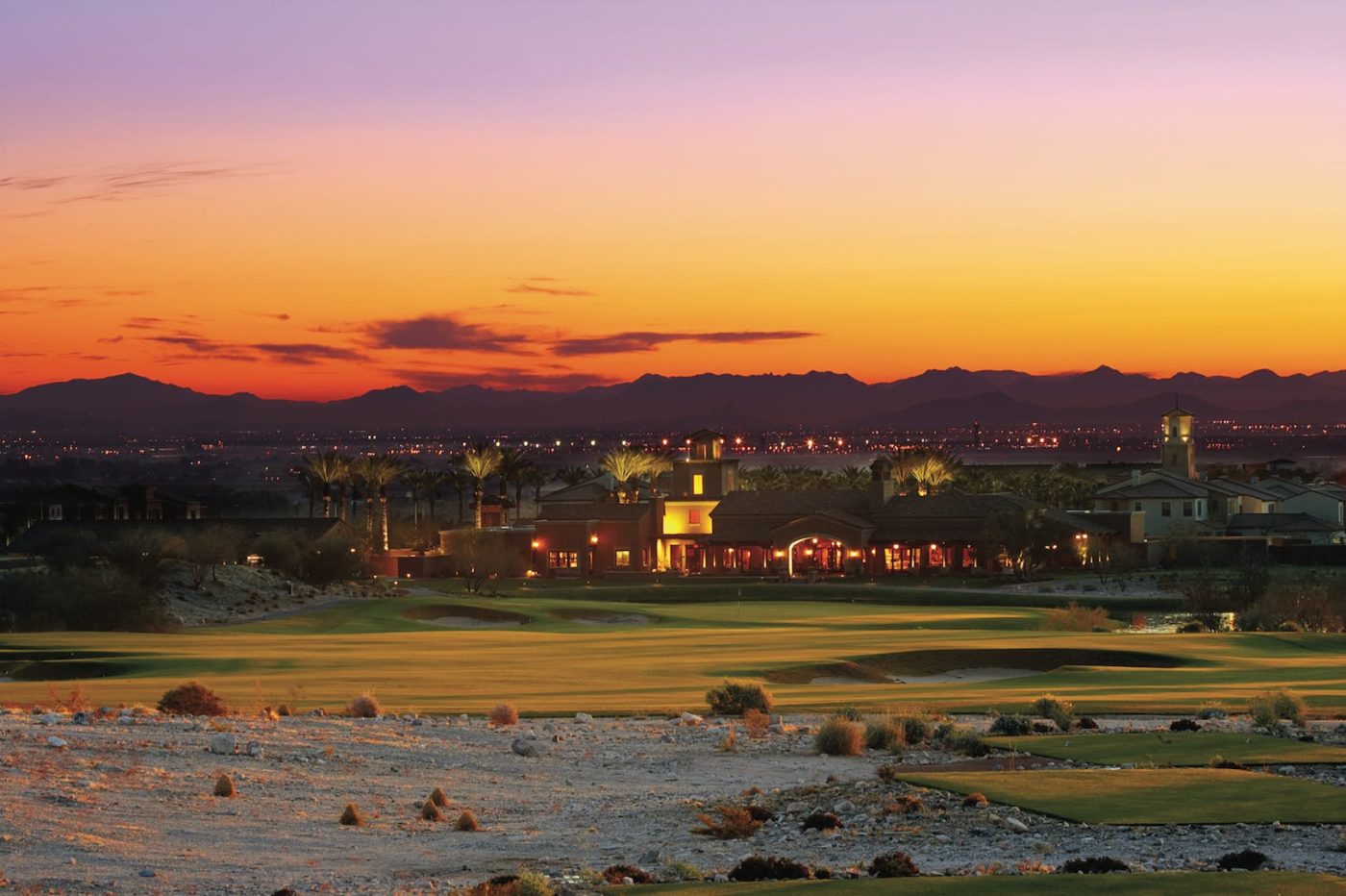 Need a break from the Saguaro, Prickly Pear and Cholla cactus? Yearning for expanses of rye grass and tree-shaded fairways? Visitors might consider The Wigwam Resort just 20 minutes west of downtown Phoenix. Built by the Goodyear Tire and Rubber Company in 1929, the resort was opened as a guest ranch. Situated on 440 lush acres, the resort boasts 331 rooms, 3 pools, a 26,000 square foot spa and 54 holes of tree-lined, parkland golf.

Sedona is stunning, with breathtaking landscapes, and fun things to do

Golf in The Valley of the Sun. Where the locals play in and around Phoenix 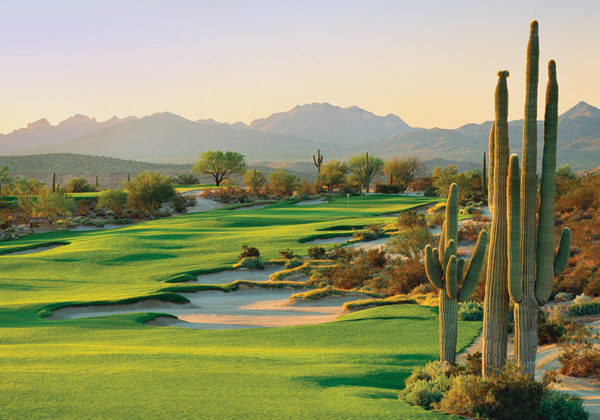 The We-Ko-Pa golf course. Don't get stuck in the cacti!