As the world’s getting hotter, ice cream is in, and Lithuanian chefs are coming up with some bizarre varieties from organic cucumber and honey to natural moose antler.

Honey, wine, and mountain ice were used as ingredients of the first ice cream served at the table of Roman emperors. Meanwhile European history of dairy-based ice cream dates back to the 17th century.

Today with the CBD-infused ice cream boom, increased demand for savory flavors, and the proliferation of artisan producers, the past year has been a time of significant change for the world of ice cream apparently, and maybe we can thank the hot weather!

Lithuanians are mad for it and chefs all over the country, inspired by last year’s local top hits, including flavors such as nettle, beer, and pine needle, continued to experiment with new ways to give the frosty treat a unique twist. Here are nine of the most bizarre Lithuanian ice cream flavors (according to Lithuania Travel) created for the post-quarantine summer in 2021, and where you can find them.

P.S. These are not the weirdest flavors if you check out their country-map of ice cream flavors, but still… 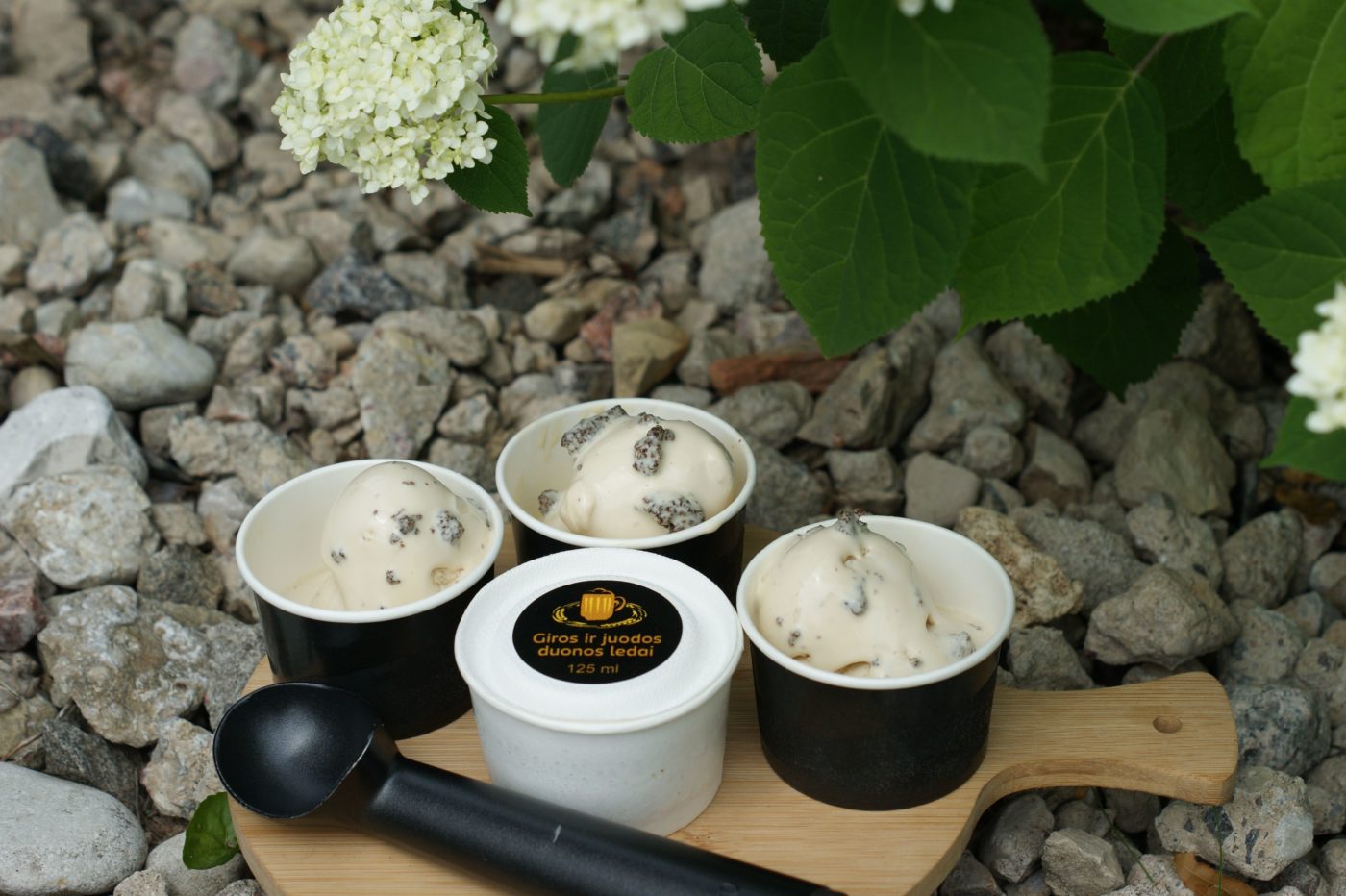 Black rye bread flavor at Restaurant Compensa, and unless the photographer keeled over they seem to like it soft!

Black rye bread flavored ice cream. Black rye bread is so essential in Lithuanian cuisine that the locals are now putting it in their ice cream. Combining the Italian way of making gelato and organic local ingredients, this frosty delight delivers a refreshing experience with salty and crunchy bread pieces. Visitors can try it at the restaurant Compensa in Palanga.

Cucumber and honey ice cream. While the pairing of fresh cucumber and raw honey may sound like a Michelin-starred dessert, it’s a traditional Lithuanian treat and the ultimate taste of summer. That’s why the chefs at ‘Labanoras’ came up with an ice cream recipe that captures this unmistakably Lithuanian palette of flavors.

Aged cheese “Džiugas” and cranberry ice cream. This ice cream is made by mixing the piquant flavors of sweet and silky cream made from the most popular Lithuanian hard cheese ‘Džiugas’ and fresh and tangy cranberries—known by the locals as wild rubies. Served with a crunchy molten cheese biscuit, the country’s visitors can give it a taste at the restaurant ‘Porto’. 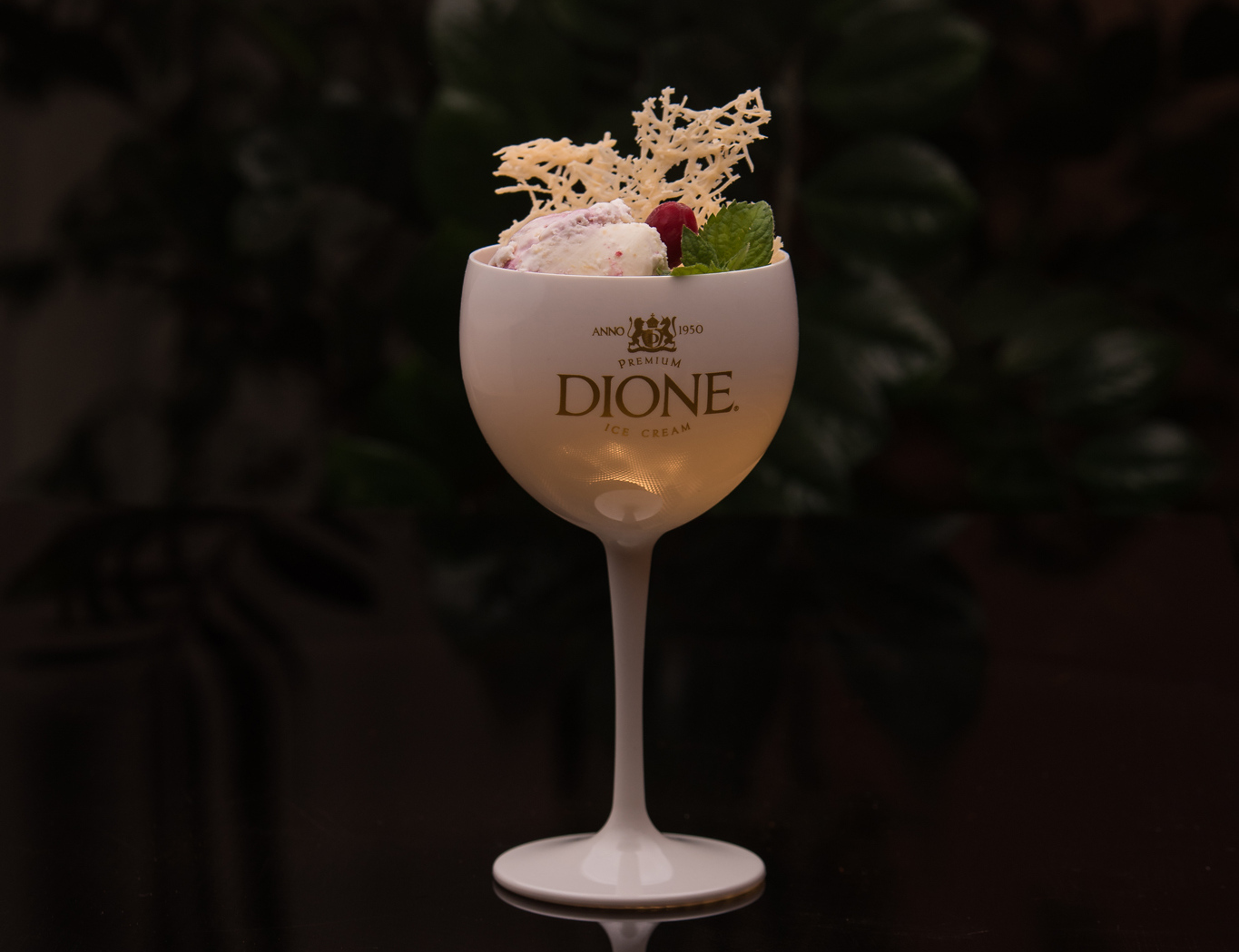 Moose antler and smoked seasonal berry ice cream. No moose are harmed in the making of this ice cream – we checked! “A unique combination of ingredients makes this ice cream perfect for those wanting to try a particularly extravagant dessert” they claim. I’d say particularly eyebrow raising dessert. According to the chefs at ‘Cordo.22’ the mixed flavors of moose antler powder (which the males in the wild shed each year), smoke-infused seasonal berries, and locally produced aged malt delivers a once-in-a-lifetime frosty experience. 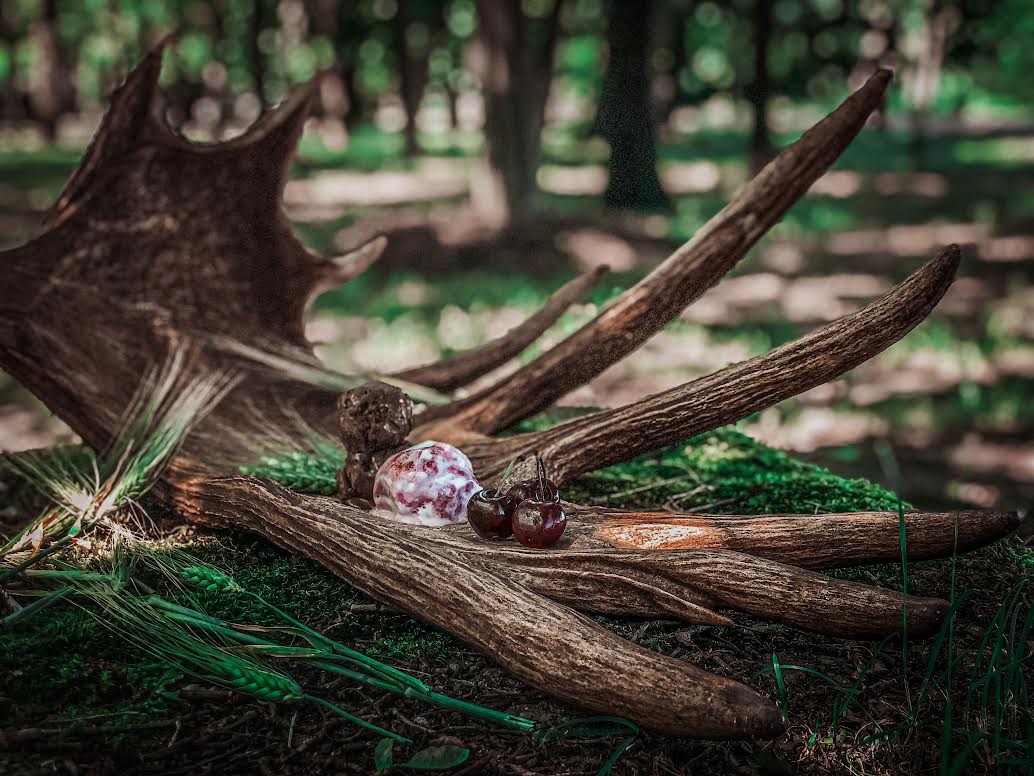 Moose antler ice cream made from naturally shed antlers (no moose were harmed!)

Frozen yogurt dessert with salad sorbet and cucumbers. The chefs at ‘Palaima’ have dedicated this frozen yogurt dessert to those looking for something sweet yet exotic. The frozen white chocolate flavored yogurt is served together with fresh cucumber strips and a frosty green sorbet that is made from fennel, romaine lettuce, fresh mint, and other spicy herbs.

Pažaislis tea rose ice cream. Though tea roses have adorned the 17th Century Pažaislis Monastery – the largest in Lithuania and the most renowned example of Baroque architecture in the country – for centuries, this year the kitchen chef of ‘Monte Pacis’ has decided that these exceptionally fragrant flowers would make for an outstanding ice cream flavoring reflecting the monastery’s floral atmosphere.

Linden blossom ice cream with Imperial honey cake. This smooth and icy treat is infused with the flavor of linden blossom, the Lithuanian symbol of gentleness and delicateness. Made with modern ice cream technology by the chefs at ‘Monte Pacis’ it is served with a slice of crunchy honey cake ‘Medutis’ , a treat inspired by the ancient recipes from the Grand Duchy of Lithuania. 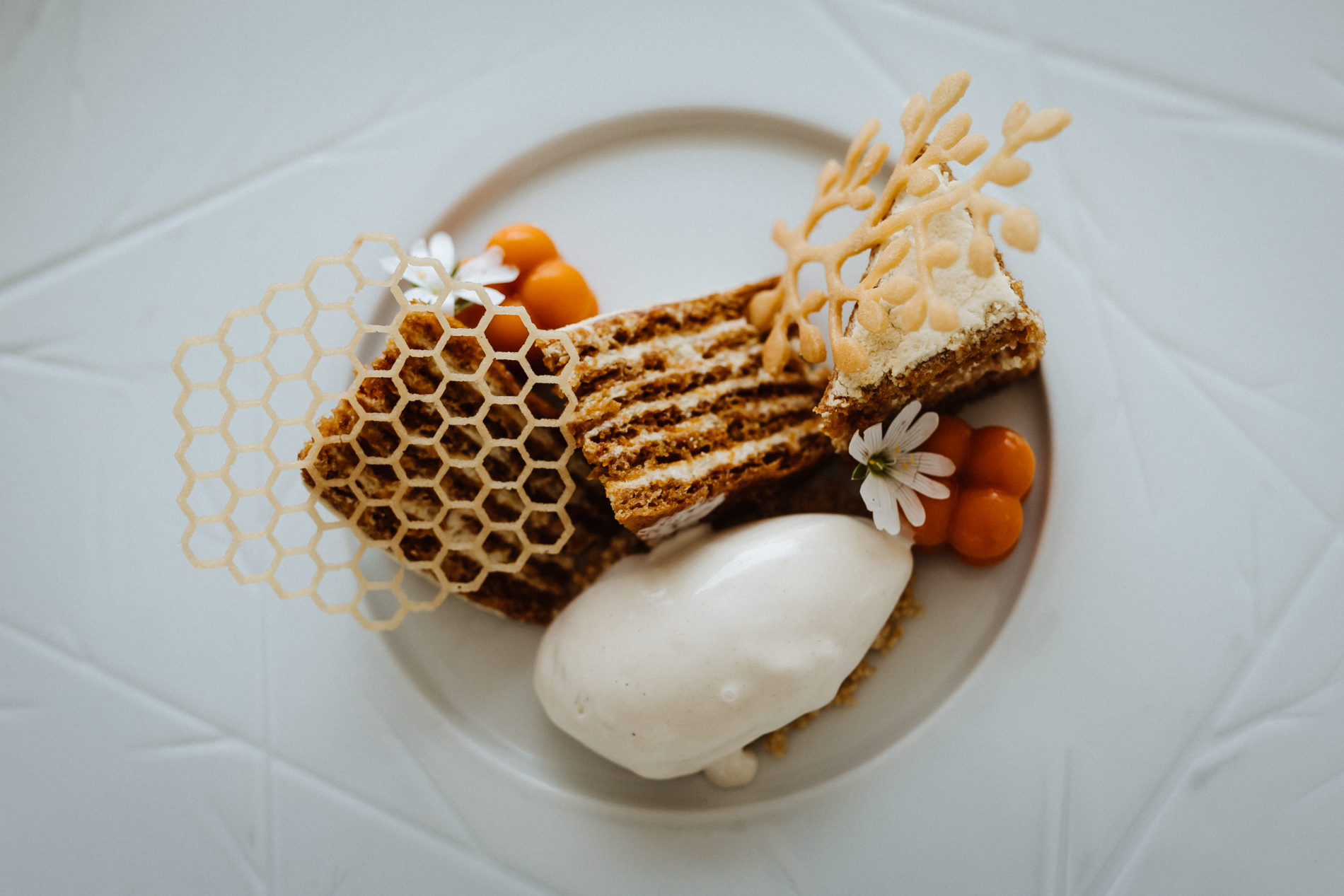 Avocado ice cream with melon puree. With vanilla, strawberry, and chocolate ice cream going out of fashion in Lithuania, the sweet and nutty avocado—a fruit that is successfully conquering the world of food—is also making its way into the land of frozen Lithuanian delights. Travelers can enjoy it at the villa-restaurant ‘Miško natos’

Browned butter ice cream with caramelized pears. The chefs at ‘SALA Plateliai Resort’ make sure that the sweet, browned butter mixed with cool vanilla ice cream freezes instantly, creating crunchy flakes of caramel. Meanwhile, the caramelized pears served on the side balance the flavor and add some fruity freshness. Sounds good to me!

This 2021 list of ice cream offers a glimpse into the world of unexpected flavors that tourists can taste in Lithuania. The full country’s map with dozens of different ice cream parlors and restaurants can be found here.