Holidays On Ice By David Sedaris

Is it just me or does everyone have a story of how David Sedaris changed their life? I went through a Sedaris phase in the early aughts thanks to a friend’s recommendation, and while reading his books, I wondered if a person this talented actually exists. We need David Sedaris in our lives to make us realize how absurd reality is – and that’s OK.

In Holidays On Ice, Mr. Sedaris entertains us with 12 yarns about the holidays, mostly related to Christmas. The most riveting fictional (I hope it’s fictional) one is about a woman’s annual Christmas letter that details the surprise arrival of her husband’s Vietnamese love child who tries seducing her new half-brother and…. I’ll stop there because the story gets so much better by getting so much worse. I also loved the Hollywood hotshot who delivers the Christmas sermon to a congregation of Kentucky hillbillies.

Of the real tales, which are still stranger than fiction, it’s a toss-up between Sedaris documenting his time visiting a medical examiner’s office and working as an elf at a department store Santaland. You can’t go wrong with either of these. Though reading them aloud to your family while roasting chestnuts on an open fire may not put them in the holiday spirit. 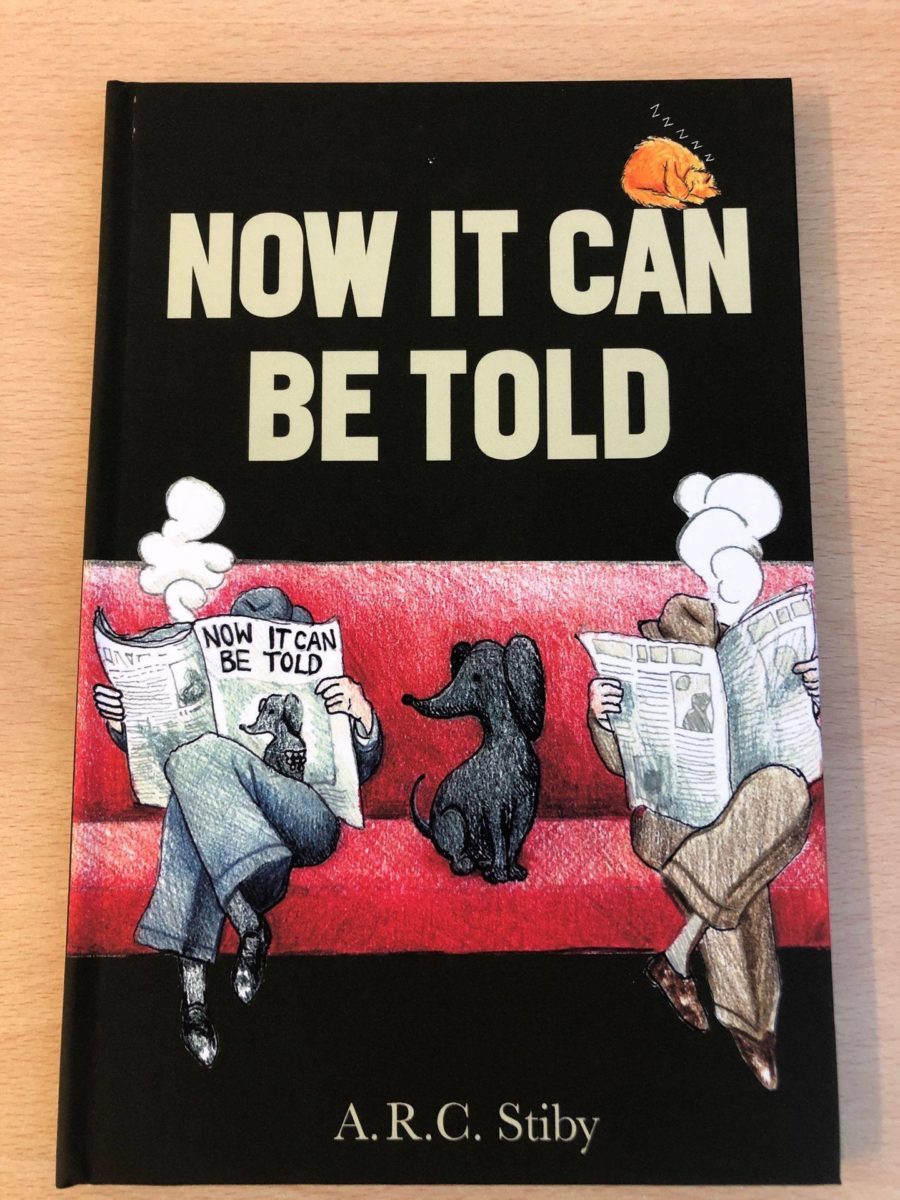 NOW IT CAN BE TOLD (The Bravest Little Dog In The War) By A.R.C STIBY

I heard about this book when I was helping my step-father organize an event in Southampton UK, which was going to commemorate the return home of the Far East Prisoners of War, most of whom had not had contact with their loved ones for 3/4 years and were presumed dead.  2020 was the 75th anniversary. Unfortunately world events put a stop to all plans, postponing everything until 2021, maybe! If you are interested click here.

One of these men, Arthur Stiby, was captured in 1942 in Singapore and during his incarceration he wrote plays and sketches to be performed as entertainment and to maintain morale for his fellow FEPOW’s.  After his return home he wrote weekly letters to his eight-year-old son, Robert, who was at boarding school, in easy-to read installments telling the story of the adventures of a little dachshund named Vicky, who was involved in a secret wartime mission never revealed before.  That was seventy-five years ago. Recently Robert Stiby, rediscovered these letters. The rest is best said by him:

“My father died long ago, but recently I have had time to sort out a lot of family stuff and there in a dusty old box, I found this tattered, dog-eared copy of the original, but incomplete, manuscript.

I was overjoyed. Although I am no longer eight – I am now in my eighties – reading it again was such fun that I decided to publish it. I persuaded my very talented nephew Jamie Stiby-Harris to do the illustrations and between us, we completed the missing pages.

It bought back so many memories. I was only eight years old when my father came home and we met, not as father and son, but as strangers to each other. ‘Writing Now It can Be Told’ was his way of bringing us together.

I hope this little book will bring as much enjoyment to others as it did to the grubby little schoolboy for whom it was originally written. I am delighted to support the Salisbury Hospice in any way I can.”

Although it is published privately as a limited edition, Robert wanted all proceeds from the sale of the book to go to the Salisbury Hospice.

Order the book online at salisburyhospiceshop.co.uk 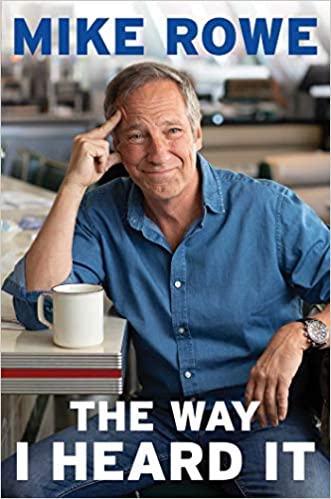 THE WAY I HEARD IT By Mike Rowe

Most people recognize Mike Rowe as the rugged-looking host from Dirty Jobs or as the narrator (speaking in a rugged-manly voice) on Deadliest Catch. Or as the rugged pitchman for Ford pickup trucks. Now that we’ve established he’s rugged, let’s also establish him as an extremely talented storyteller.

Rowe has his own podcast, The Way I Heard It. Its tagline is “All good stories have a twist, and all great storytellers are just a bit twisted.” The Baltimore, Maryland, native tells tales from pop culture to history and Hollywood, but doesn’t reveal who the story is about until the end, then makes a connection to something from his life that makes us think about our own. In his book by the same name, Rowe tells 35 of these “trueish” stories – ranging from a future comedian’s time served in World War II to whether Russia exploited a dog for space race domination. Each short story is riveting, especially the one about a young patriot who helped convince the French to join forces with the colonies to battle the British. You’ll never believe who it is…

Brenda Coultas’ poetry can be found in Bomb and Brooklyn Rail. In 2020 she completed an artist residency at the Robert Rauschenberg Foundation in Captiva, Florida. Her next collection of poetry, The Writing of an Hour, will be published in 2022 by Wesleyan University Press. 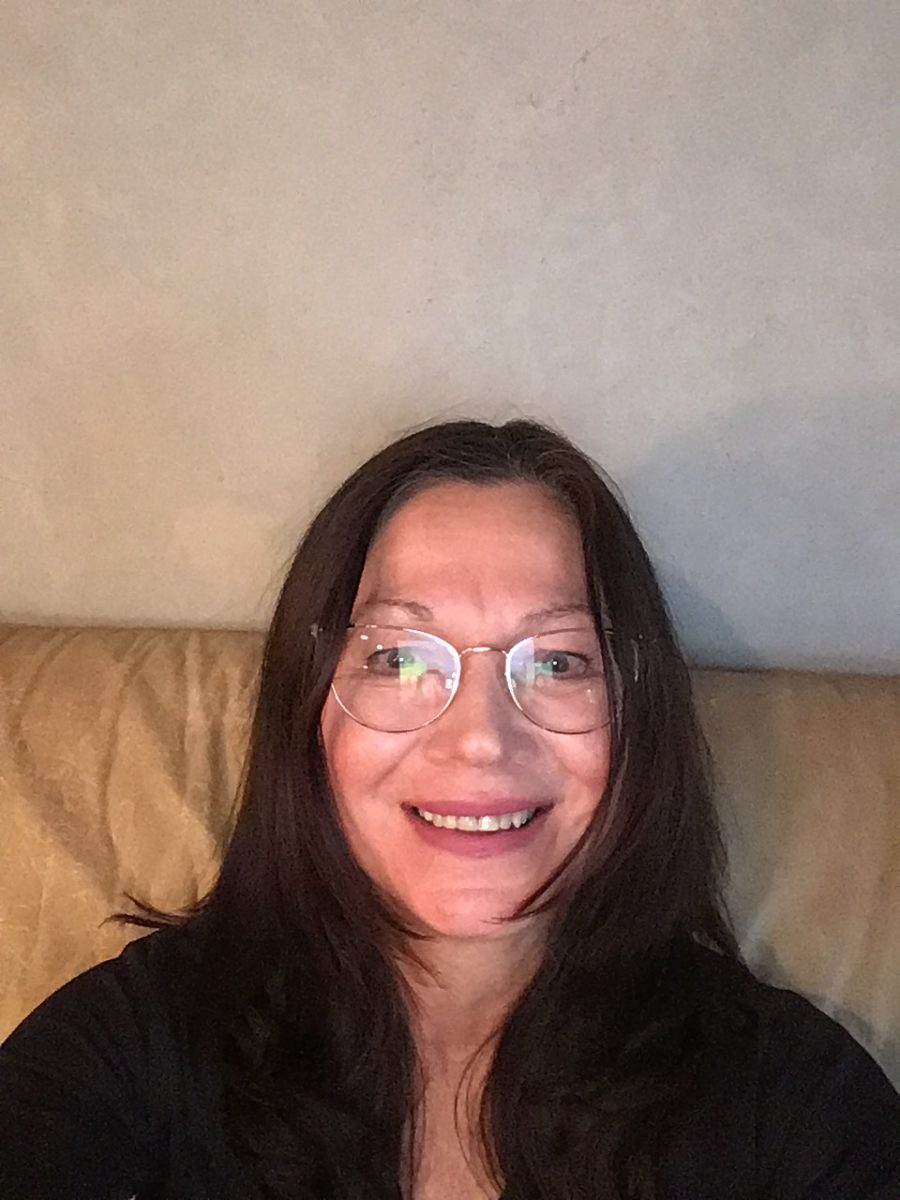 A Treatise on Stars by Mei-Mei Berssenbrugge

Piece of Cake by Bernadette Mayer and Lewis Warsh

What inspires you to write?

Always in your carry-on bag? And your in check-in suitcase?

An iPad and usually a journal like a Moleskin or a handmade journal by the book artist Susan Mills that I buy every year at the St. Mark’s Poetry Project New Year’s Day Marathon. On every trip I pack a copy of Djuna Barnes Nightwood and Moby Dick. I never intend to finish them because I don’t want them to end. I’ll read a few pages of Nightwood and laugh and read a little Melville and feel satiated.

I always wish I had taken a portable mini-speaker and a fragrant candle for making an artist residency studio feel like my own space. I often bring a tea that feels glamorous and indulgent like Mariage Frères tea because the tin looks so beautiful. And I love lavender black tea.