Cape Town’s City Bowl is not up and coming. In fact, it’s not even a neighborhood (or “district”) as some travel writer recently called it. I know, because I lived there for many years. Strasbourg-St-Denis in Paris is not remotely cool – and it never will be, it’s a transient neighborhood with bad retailers close to a giant rail station, and an awful inner city underground mall, and where the Paris terrorist attackers lived. I know this too, I lived next door in the Marais for two years not so long ago.

And New York’s West Village is definitely not up and coming, or as it was recently called “the coolest” (and guess what I lived there too). Seriously? Its coolness was a story in 1955. Maybe.

In the 1980s Christopher Street, in the West Village, proudly hosted the LGBTQ community, and incredible art and expression permeated those very streets. By the 2000s, Marc Jacobs stores (five of them on one street) plus tacky luxury brand names paraded the little streets, and ruined it for the artists – and their zealots. Today even those stores have mostly shuttered to make space for yet another, even higher rent-paying CVS multiplex or Chase Bank, and the investment bankers have moved in. Oh, and the Sex and The City tours crowding the tiny leafy streets haven’t helped.

The West Village is not cool anymore. New, expensive, trendy, average restaurants taking up residence there are not refreshing the scene. The West Village stopped being cool or Bohemian or undiscovered many decades ago. An armada of black Ubers waiting imperiously outside restaurants and bars does not cool make. Rather the opposite…

So, please, I don’t want to know what’s “up and coming” or what’s on your “hot list,” thank you. But for the moment, I will try share a little piece of hope for you.

Saint Denis, back in the day

I want to know what experiences you’ve had in the world. I want to know what made you feel sad/love/happiness or any faction of this range of emotions. That, my friend, is great travel writing. And another badly researched, hare-brained list, so often pay-for-play now, even in some of the leading titles, sadly, cannot do that.

Travel isn’t about what’s next, or hot, or must do. So whilst I have your ear – please stop asking me “what’s the must-do list of things in [enter city of choice].” Because that is beside the point – rather ask me, what made me feel something, where did I lose myself, or find myself, what devastated me, or made me succumb to beauty. And then go feel something for yourself, without a list from some armchair traveler.

And this is where the actual problem lies. Travel is about finding a personal connection to beauty, to history, to something ethereal or even to yourself. You can’t rely on some travel “expert” or “blogger” or, God forbid, “influencer” to tell you where to go and what to do. If you do, I think you’ve missed the point and joy of travel.

The very idea of “up and coming” is utterly conceited. The now, ever-present kale will be my example. Yes, it is delicious and healthy – I concede. And yes, I do eat it all the time for its supposed health benefits. But a Public Relations person from Manhattan made kale happen – she called it “up and coming” and “on the rise” and even founded a fake organization that posed as a real association touting kale as “the next big thing” in vegetables. She fooled us all, and today no menu is complete without kale.

Or is it beets this week? I think New York magazine is about to announce that beets are the new hot vegetable. See the ridiculousness of all this? No, OK, I’ll keep going to assist.

Have you shopped online in recent time? You know the “hot list” of items that they sell at your favorite shop/store/brand was just added by a junior marketing person, right? Because of some directive from the higher ups who wants to increase market demand. Or has too much stock and needs to get rid of it. Do you really want to be fooled like that? I didn’t think so. Oh look! — plastic pussy-pink platform shoes with seventeen buckles and eight laces are so hot right now says [enter website of choice].

I hope you could laugh out loud there, actually out loud. So here is my suggestion: steer clear of “up and coming”, dump the word “emerging” and really leave the “rising with potential” to budding politicians making a difference in the world little by little with an aim to run for bigger office. Or use it for those young horses at the track showing promise as they improve year by year. Just don’t palimpsest it for travel. Or food, where the emotional, personal and mystical is crucial.

And stop reading “Hot Lists” especially as I suspect so many of them are phony.

A recent “hot/best list” of a well known travel magazine lists a certain resort on the Riviera Maya of Mexico as their number one hotel in the world (and another well-known travel magazine has the same resort as their number three). I’ve been to it twice — it’s a dump. Is that just my opinion? Well, I’m a professional travel writer too, and there’s a pretty big gulf between “Best in the World” and “dump”…

Did advertising possibly influence that resort’s elevation to the apex, bring them that “best” spot? We’re not saying it did, we’re just asking a question. The parent company of the resort advertises heavily in certain travel publications. And the resort in question leaves a lot to be desired, in my mind, and is deficient in a lot of the categories that would qualify it for the best hotel in a 50-mile radius, let alone the world.

Or does it really even matter — or are such lists just generic, fill-in-the-blank data on shuffle? Is the reader served, or even considered, here? Or is it all a big, cynical, bored marketing transaction?

Let’s not try to make every new area in every city in the world cool or trendy — let’s just allow it to be what it is.

Oh, and by the way, the Central District of Seattle, is not cool, or remotely “one to watch” — it’s a gentrified mess with new ugly condos opening up, mixed-culture restaurants and stores closing (as box stores replace them). Many old and new residents are complaining bitterly to their local government to step in (pick up a copy of the Seattle Times and read all about it, as I did, when I was there last week).

No, it’s not cool, it’s quite the opposite.

Do let me know what your actual experiences are/have been? Contact me at daniel@wonderlusttravel.com 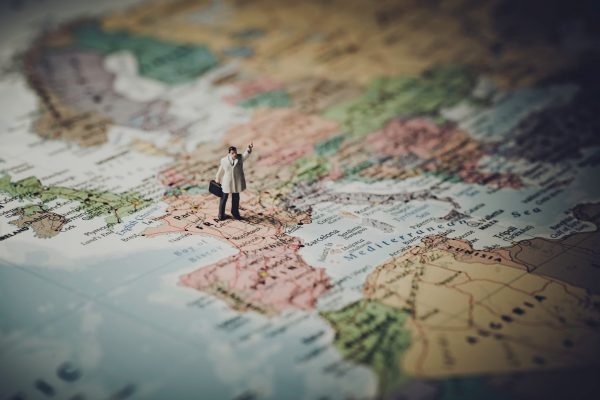