The Faroe Islands are so incomparably beautiful, it breaks your heart.

Thousands of miles of cliffs stare aloof over the sea. Stretched from cliff to cliff are bowls of grass, treeless tundra, ornamented with boulders, radiant with lichen and moss. Nowhere are you more than three miles from the ocean, and there’s water present also in the fog, in the dew that slides off the backs of puffins, in the streams that push their way past rocks, and in Lake Sørvágsvatn, which clings to the edge of the land like a dewdrop on the edge of a leaf. It’s a scene so beautiful you feel you don’t deserve to see it. 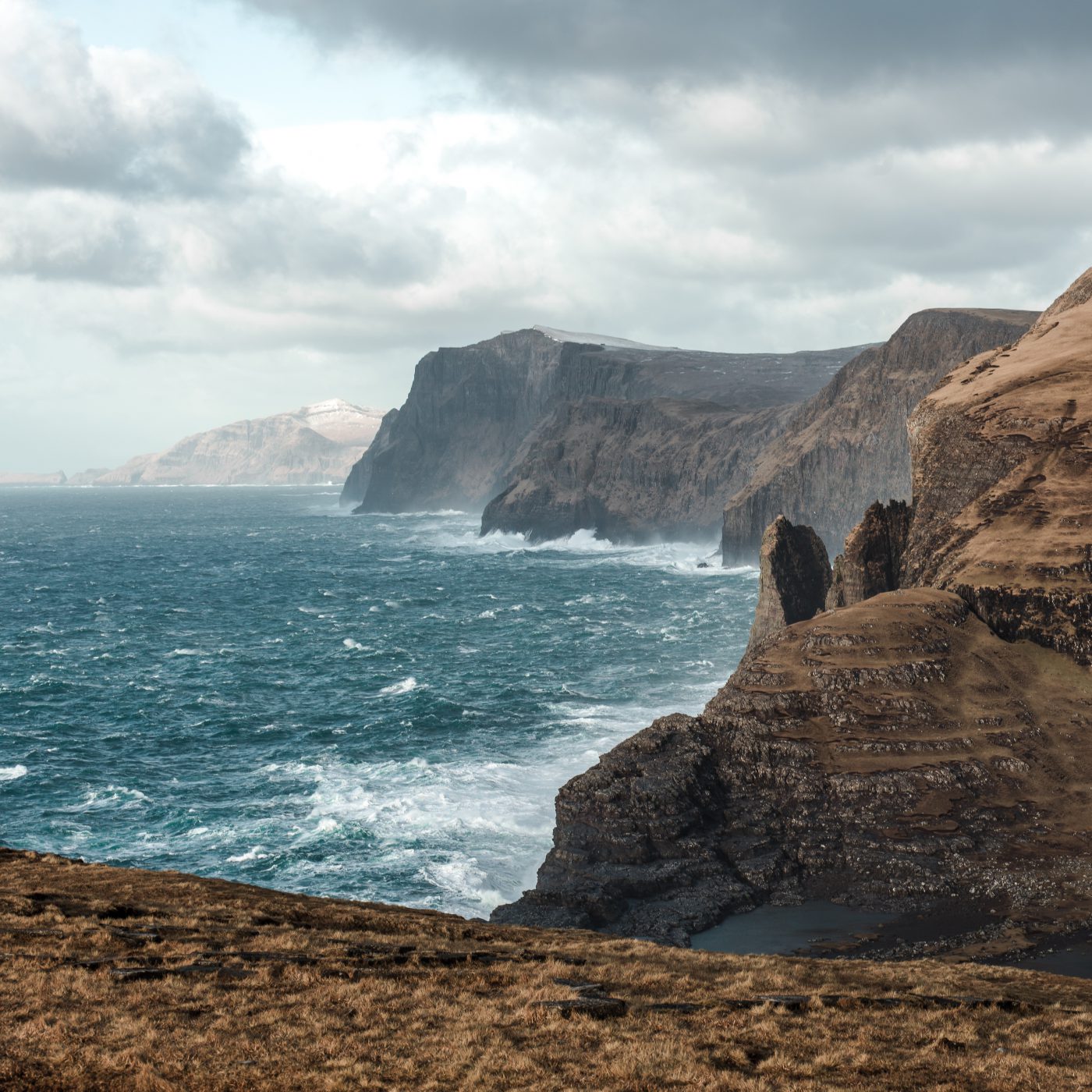 So how come so few people know about this place at the top of the world?

One struggle is that people literally can’t find the Faroes on a map. And that’s assuming the Faroes even made it on the map, according to the tourist board. Sometimes, they don’t.

Here are the facts. These 18 volcanic islands chill in the North Atlantic, the same water occupied by Iceland and Scotland, separated by hundreds of miles of choppy sea from either. The Faroes are a sovereign part of the kingdom of Denmark, but they are not in the European Union. Flights depart twice daily from Denmark and twice weekly from Iceland. 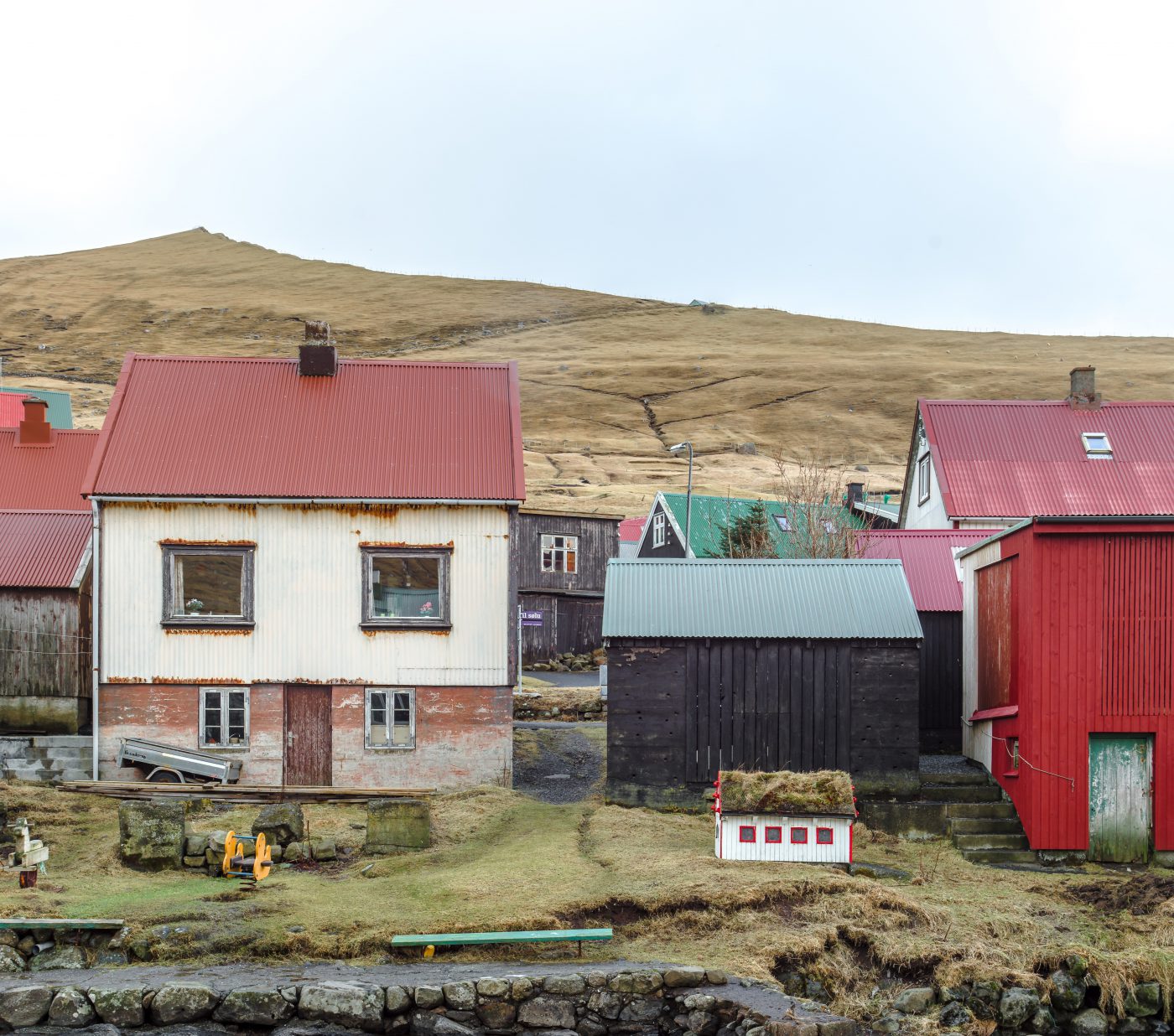 The Faroes intend to increase tourism. But it’s a finicky goal, as pristine nature and unpretentious localism is part of the Faroese appeal; and those are not, in general, things that coexist happily with masses of vacationers.

“We’ve had people say that the attraction is that there are no attractions – that you just get in a car and drive, and there are no signs telling you where to go,” says Súsanna Sørensen, marketing manager for Visit Faroe Islands, the government tourism agency. “And I think people perceive us as being authentic, because we haven’t done anything to appeal to anybody except ourselves!” 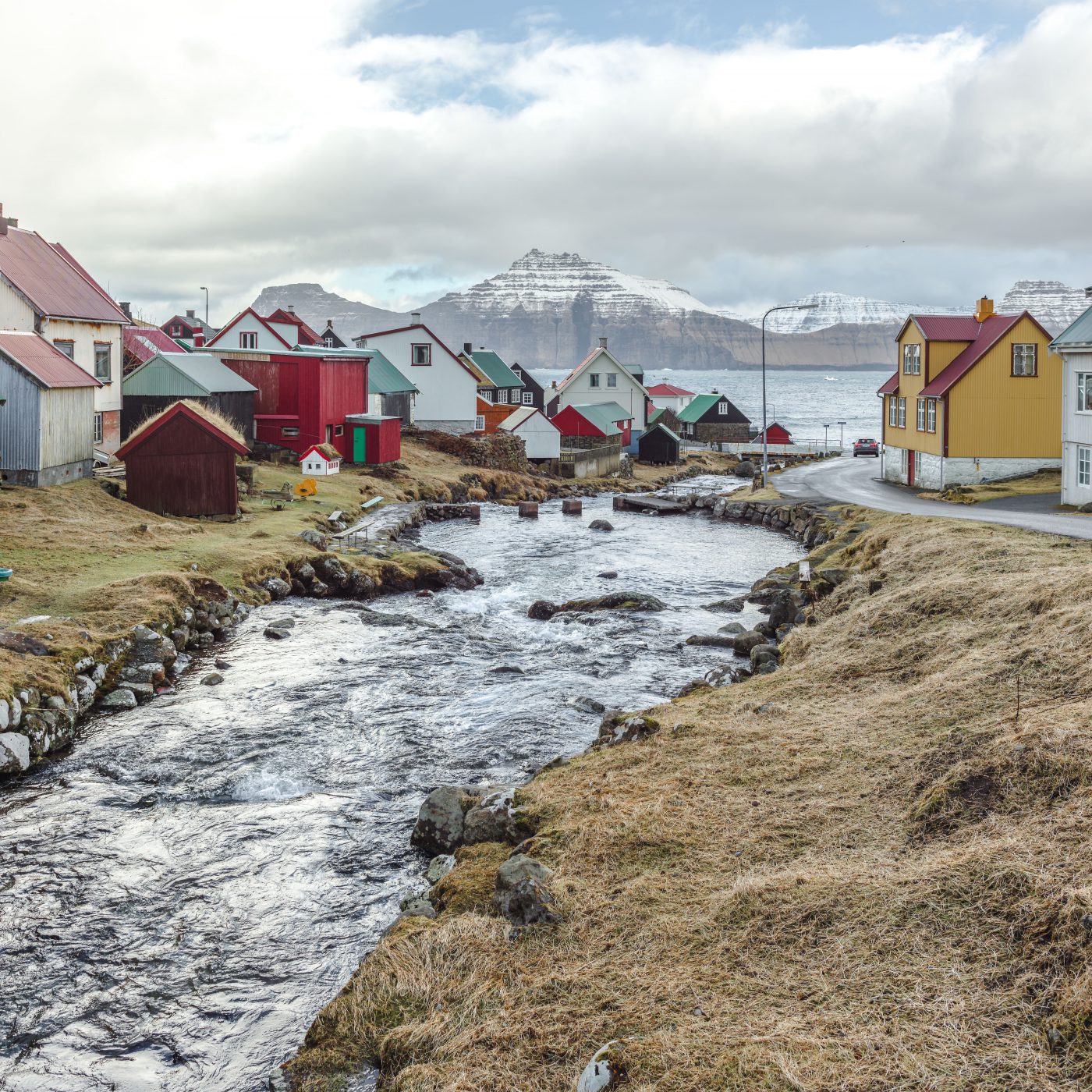 If you make the effort to visit the Faroe Islands, you’re already a certain kind of person. You’re interested in a culture where, if two people meet on the street and comb through their lineage a bit, chances are good that they’ll find a shared story. Where music is a part of national history and ballads existed before a written language. Where a sheep patrols the land with a Google Street View camera on its back. (And also, being along for the ride as that sheep loped down green pastures surrounded by ocean was the most therapeutic thing I’ve watched all day.)

And there’s that landscape, achingly fragile, and limited on an archipelago where the longest driving distance is two hours. “If we ruin our nature, we won’t get it back,” says Susanna. “We need to be very conscious of development that takes our nature into account.” 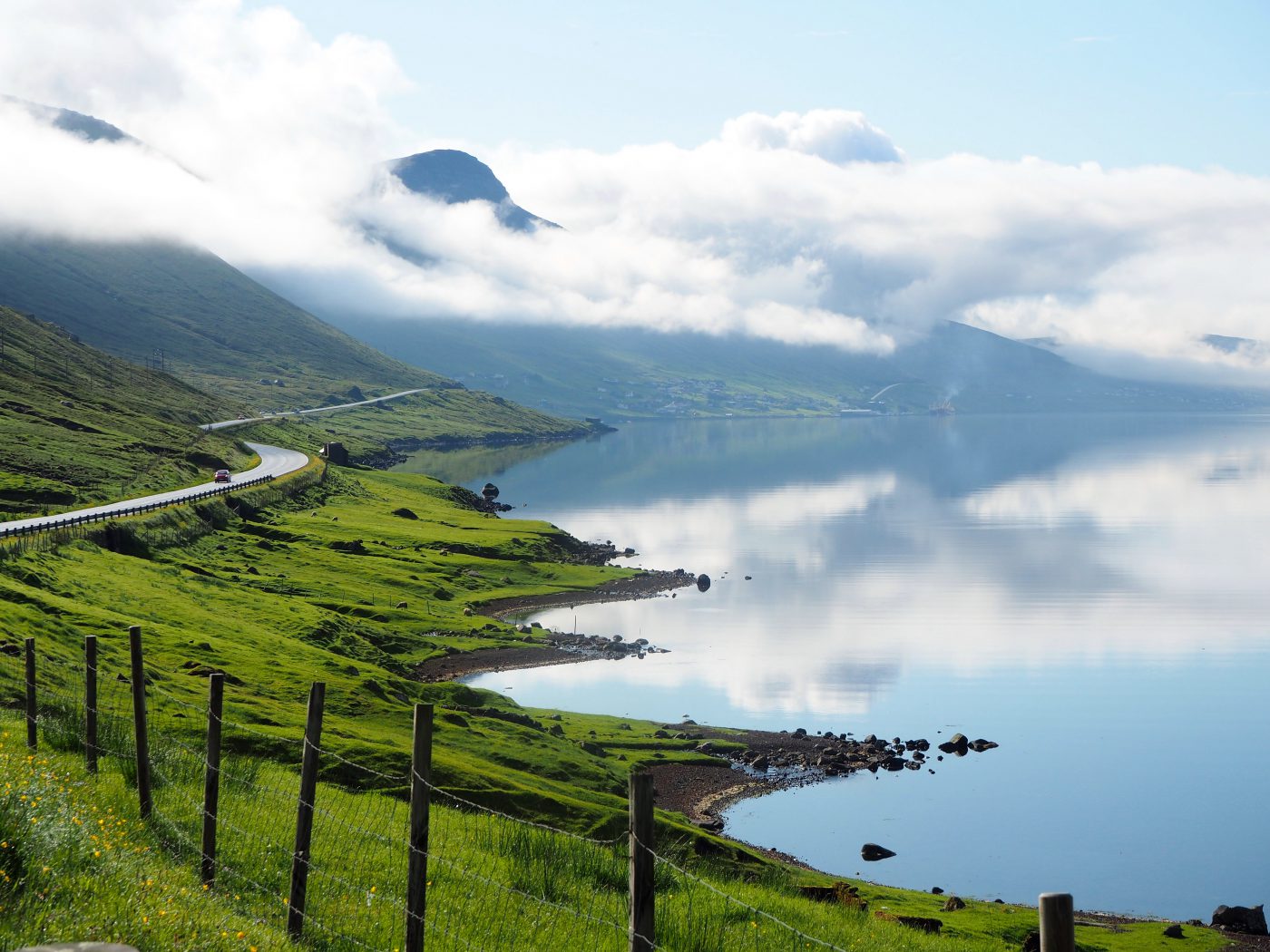 Suddenly, it seems like a great gift of fate that the Faroe Islands haven’t been discovered before now, or they could have been a Nordic version of Spain’s degraded Costa del Sol: high-rise hotels planted among grass-roofed homes, tourist information kiosks on the same lanes where fish hang to ferment in a salty wind.

In fact, you won’t find a chain hotel here. They’re all Faroese.

Most visitors base themselves in the capital, Tórshavn, a town of roughly 18,000 people and few hotels, and only really the Hotel Føroyar and the Hotel Tórshavn are fine hotels. The rest are uber friendly and casual. From there, it’s a bridge or tunnel to neighboring islands. A few folks might strike out for a night or two on the more remote islands, in case you want to be even more away from everything. And there are some very interesting Airbnb properties there.

If you want to be really remote, go to Mykines, Susanna says. It’s the westernmost island in the Faroes, and its main settlement is a village of the same name, where the year-round population is either nine or ten people. There’s not even a supermarket to be found. Here, you find what you need in the fracas of puffins, in the quiet marriage of green grass with gray sea, in the absence of whatever you think you might have come for.

The Island of the Lost Boys

Thailand’s Ko Phangan is magical, unspoiled and can be a hell of a party at night

Myanmar, or Burma as so many still dub the country, is having its moment in the fulvous sun 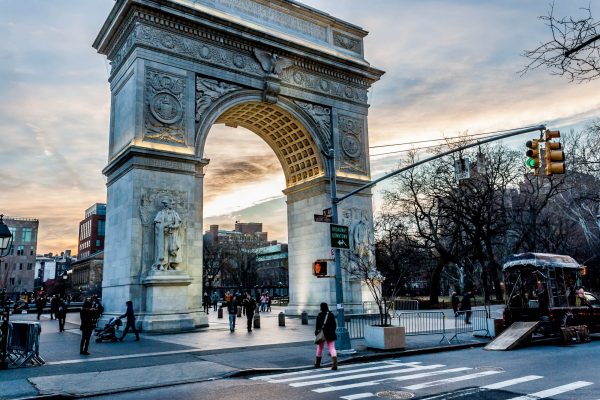