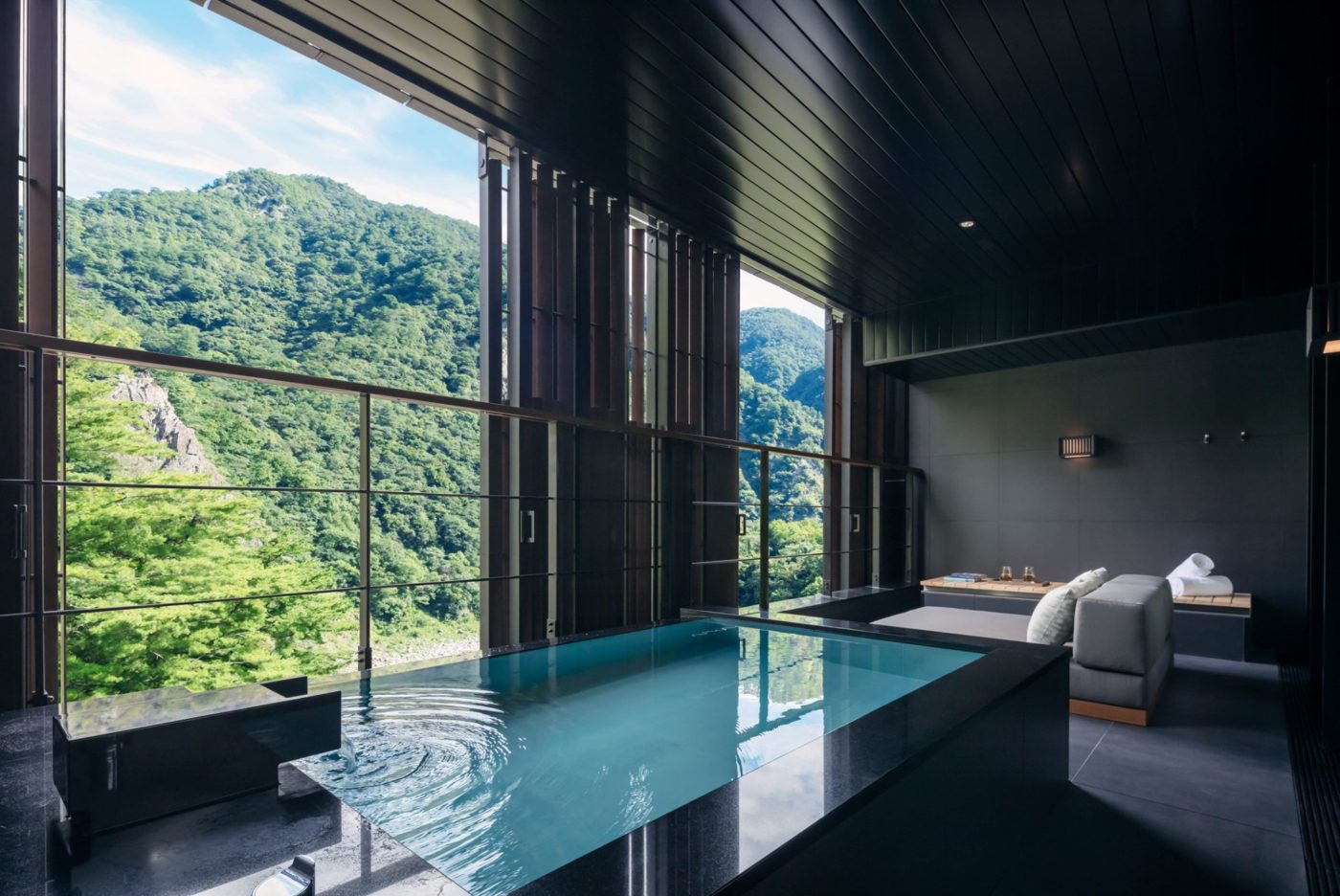 Opening June 30th on a plateau in a valley surrounded by epic mountains, the location for this new resort sounds lovely. It will be the first luxury hot spring resort in the country.

Most of the rooms are set up in a maisonette style with living area and bedrooms on one level and picture windows to appreciate the view, which changes during the day. And there are private outdoor baths for some of the rooms. The restaurant, on a terrace, serves “Traditionally Japanese cuisine graced with Taiwanese colors”. The sound of water is everywhere. 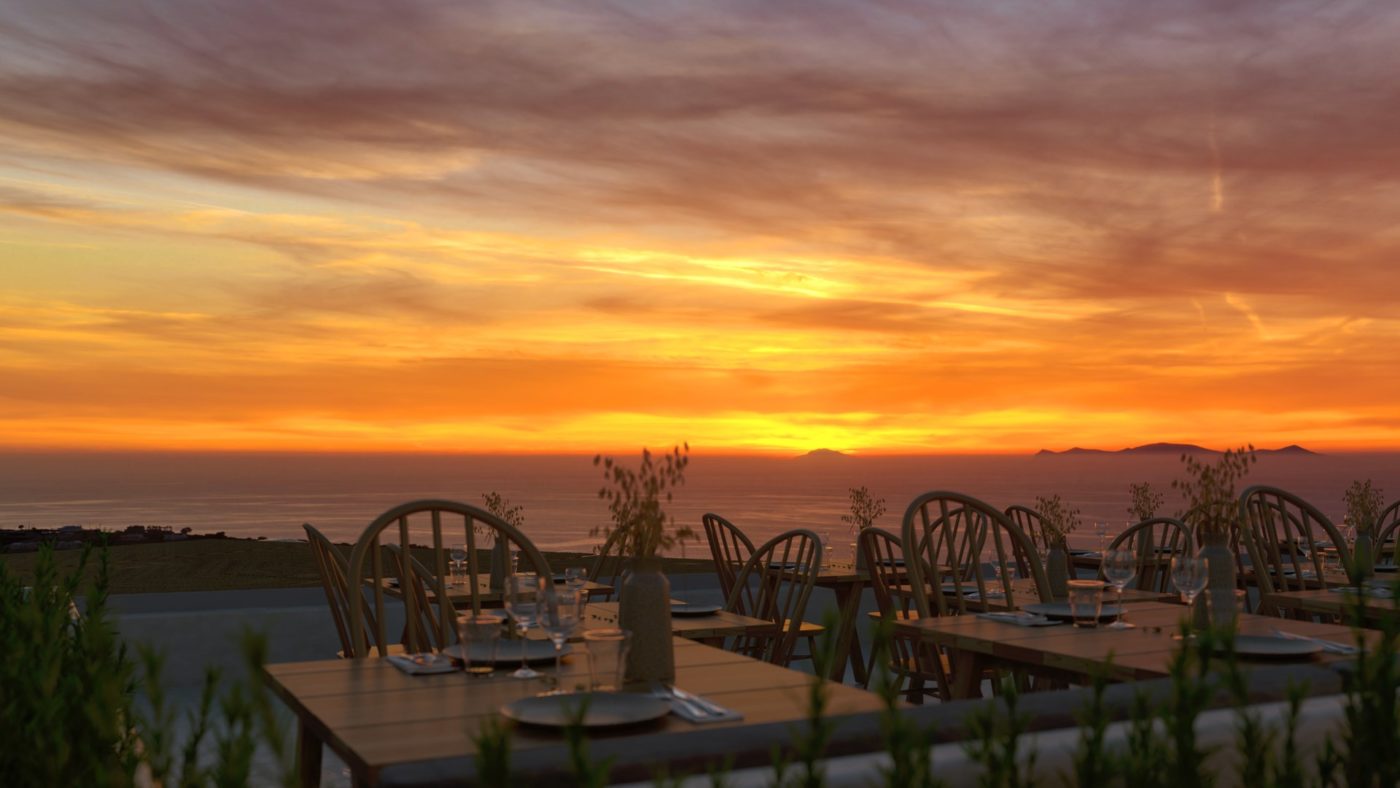 Arcadia is the home of the Greek god Pan, the god of the wild, and Andronis have chosen it for their new five star hotel on Santorini in Greece. Just outside the village of Oja, far enough away to have peace and privacy but close enough to walk to the village center. A family friendly wellness & spa resort, all suites have an Aegean Sea sunset view. The sand for the man-made beaches was imported (sand is rare on this cliff-dominated island) and in the pool music plays underwater, which may or may not be a plus.  The spa offers natural therapies and the enigmatically phrased “indigenous Greek methods”. The restaurant menus are inspired by dishes reported to have been favorites with Aristotle, Plato and Omiros — we’ll have to take their word for that — and they have a Sushi Bar, which one feels Aristotle might have poked at suspiciously with a chopstick before moving tables, but which I bet is great. 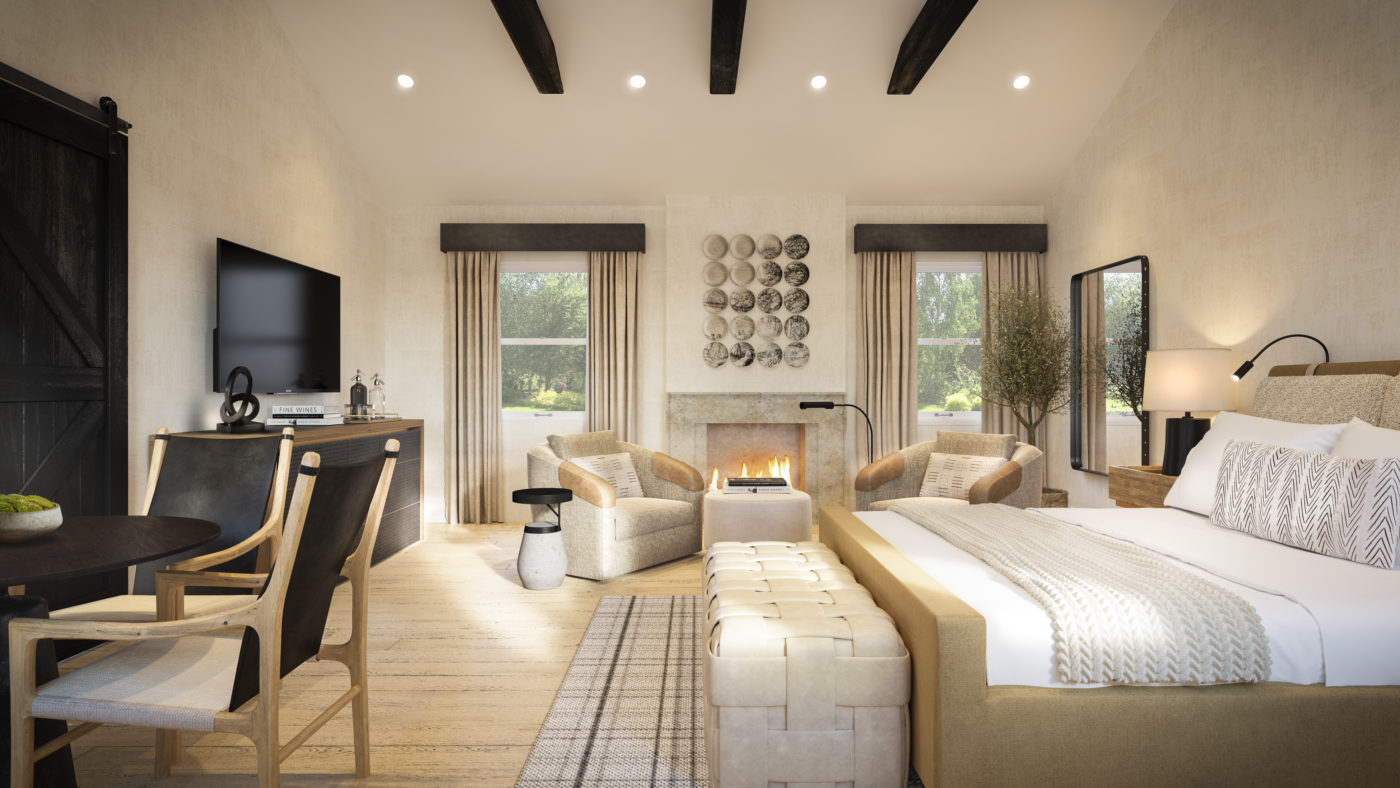 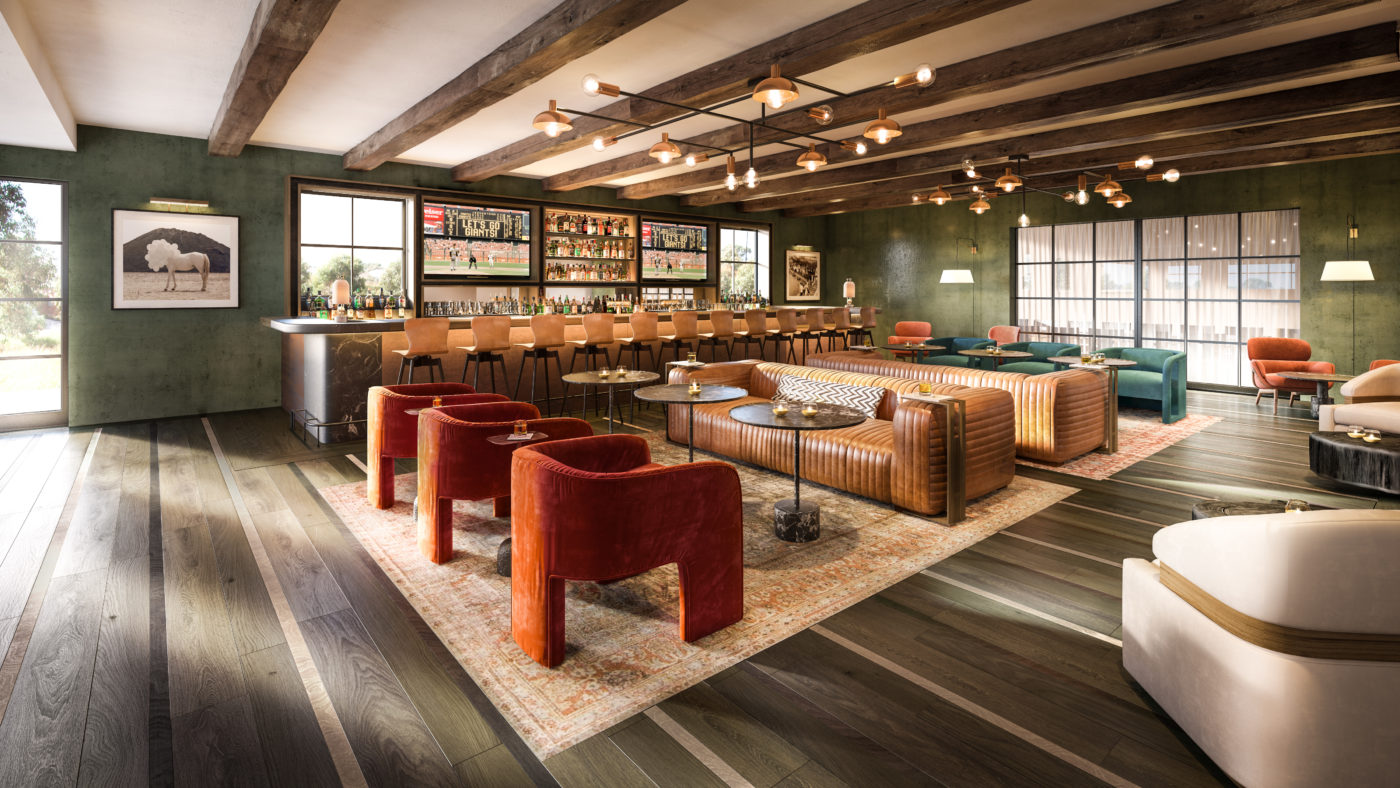 The Bar at MacArthur Place

The MacArthur Place Hotel and Spa is one of the few remaining examples of Victorian architecture in Sonoma, CA.  Just in time to celebrate their 150th anniversary, they have completed a full renovation, gracefully restoring the buildings’ original guest rooms, reception, lobby and gardens. Original, covered oak beams have been exposed, and that’s never a negative. Under the supervision of Chef Cole Dickinson, the MacArthur opened Layla,  a Mediterranean inspired restaurant, The Bar at MacArthur and The Porch coffee shop, along with a new wine program. Is there a luxury Spa? Did you seriously ask that? Yes, there is. 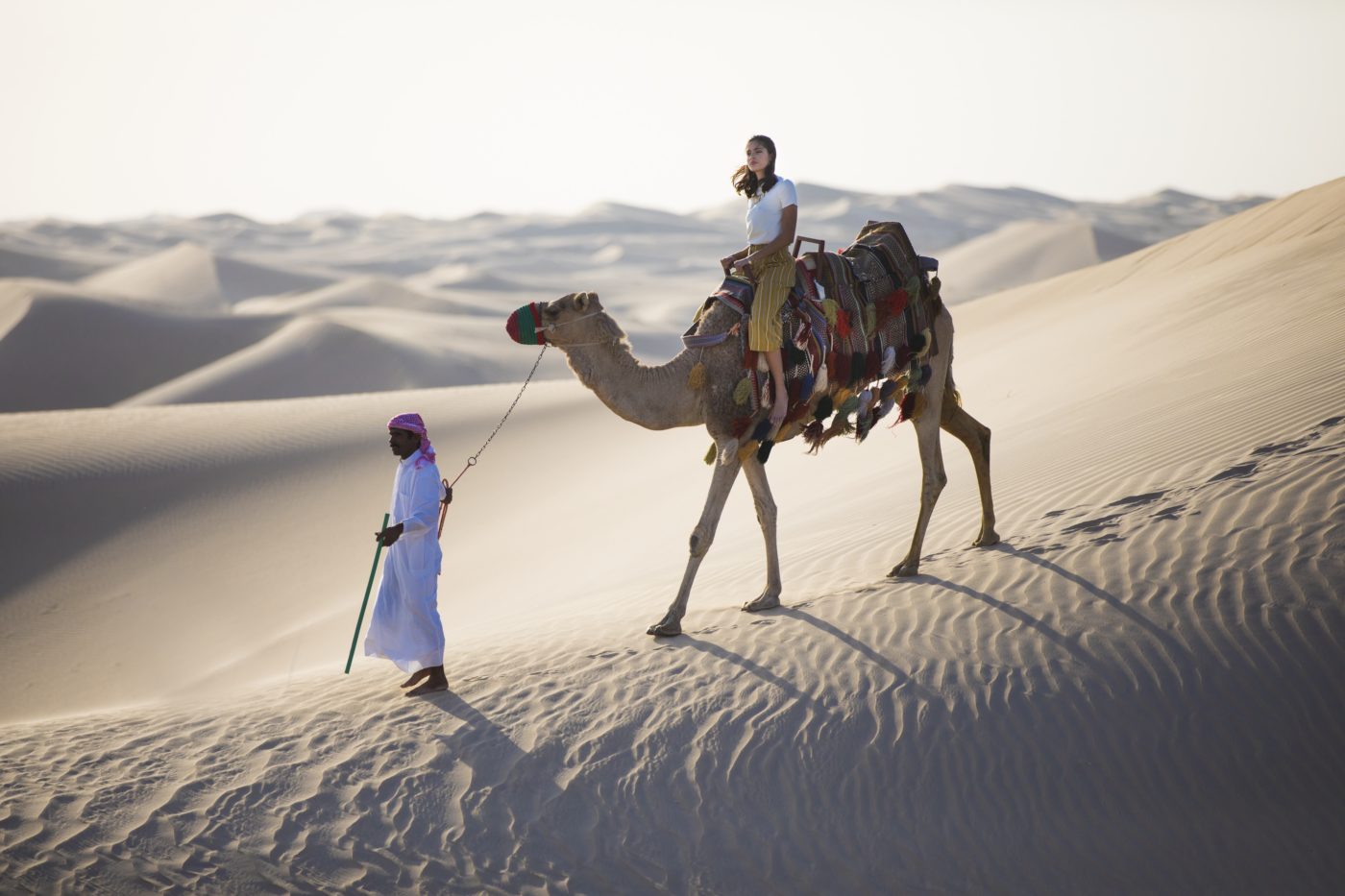 Deep in a desert landscape of Abu Dhabi, this new resort is being marketed as redefining the meaning of wellness. No small claim. The design was inspired by an historic Arab desert village and sprawls out with villas with private pools, Arabian-style rooms, a massive 10,000 square foot pool with bar and in-water seating, six restaurants and bars fashioned on Arabian flavors and tastes from Italy and the Mediterranean in general. There is also the Talise Spa, with steam rooms, plunge pools, crystal salt saunas, and something called a snow cave, about which they are being coy, and ice bucket showers, about which there is no being coy. 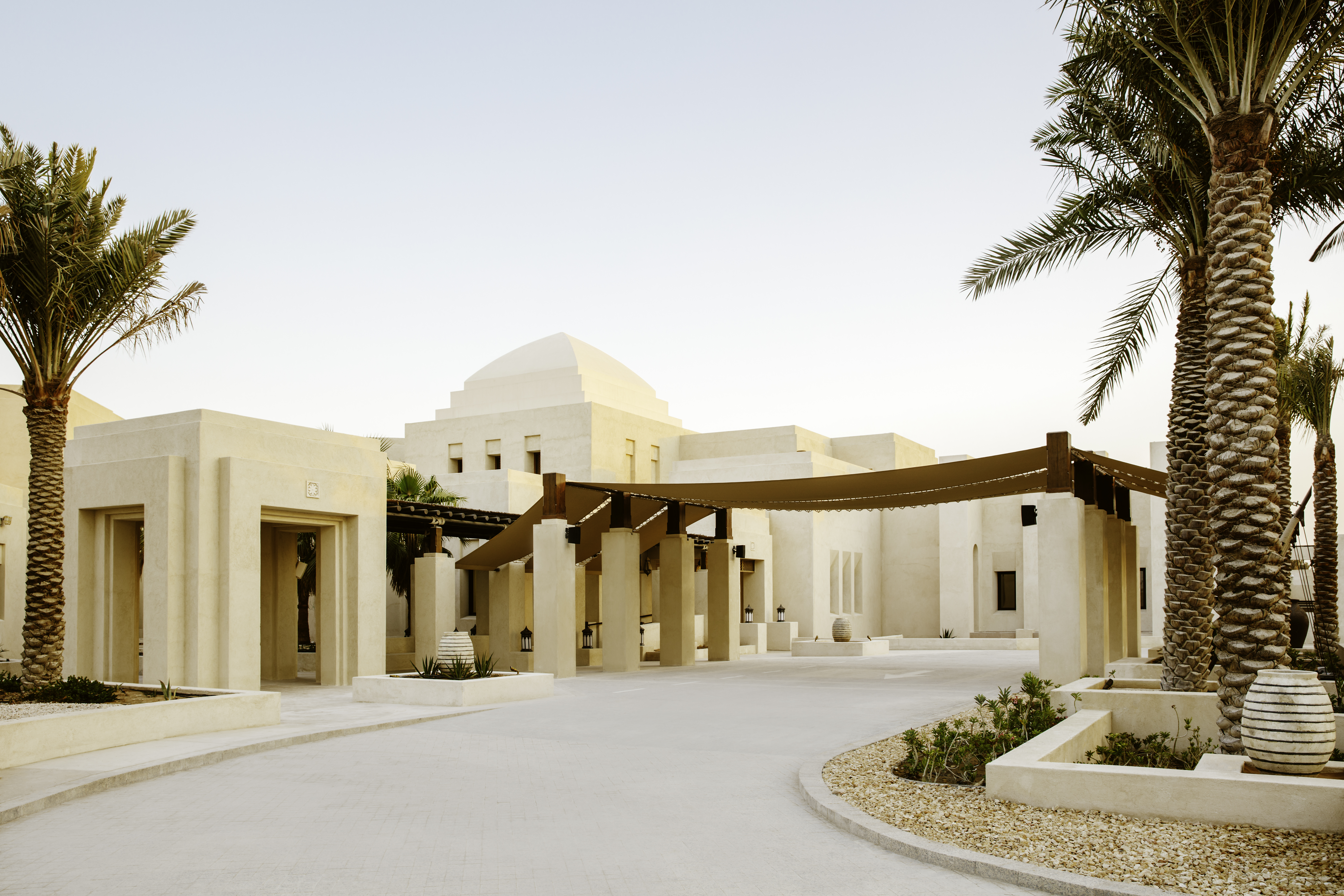 You can ride the dunes by horseback or fat-tire bikes, and learn about Abu Dhabi’s history and ancient traditions, or birdwatch majestic birds of prey you can’t see everywhere. To get back to their wellness-apalooza, you can sit in the rooftop bar (and drink — it’s a teetotaller country but hotels and some restaurants allow alcohol) and watch the sun set into the dunes. If you are a little more energetic, or a show-off, you can take a guided trek as the sun sets. The guide comes in real handy once the sun has gone down, for obvious reasons… 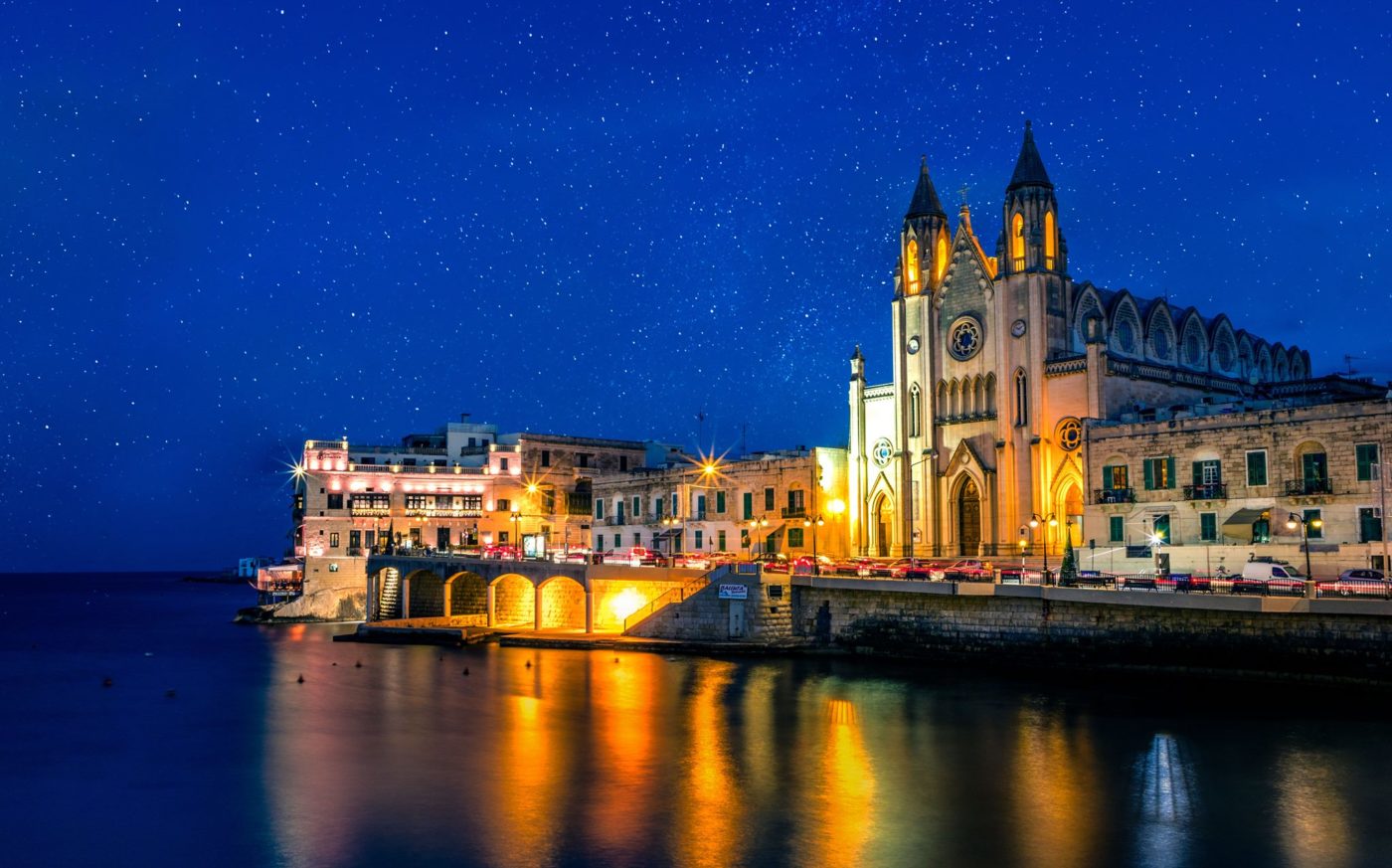 The small island nation of Malta in the Mediterranean, south of Italy and east of Tunisia, has been inhabited since around 5200 BC (give or take a couple of those BC years). Given its location, it has been a naval base for pretty much every seafaring, ocean-going power since the Phoenicians, and name checks the Carthaginians, Greeks, Romans, Byzantines, Arabs, Normans, Sicilians (when were THEY a power!), the Spanish, the Knights of St John (more commonly known as the Knights Templar), the Turks, French and, as even casual of observers of history would expect, the British. All have ruled the island and left some mark on the country’s culture.

The new Marriott was formally Le Méridien, a five star hotel built on the site of a 19th century luxurious Maltese villa. It has been redeveloped and refurbished and should reopen in September 2019, and is perfectly placed between the serenity of Balluta Bay and the lively nightlife of St Julian’s Bay.

Hundreds of years ago on the Giza Plateau outside Cairo, untold thousands of Egyptians and slaves built the pyramids. Over the last decade this construction feat has been more or less echoed, minus the slaves thankfully, with the building of The Grand Egyptian Museum. The project had delays, the usual ones and the unanticipated one of the uprising in 2011. Apparently now it’s on track for a soft opening in 2020.

It is very grand indeed. The museum will be a series of concrete halls, rising magnificently above the desert, with giant windows that look out onto the 5,000-year-old pyramids. It will eventually hold somewhere around 50,000 artifacts, including the mask of Tutankhamen, a towering statue of Ramses II, an intact wooden ship and countless treasures currently in the Egyptian Museum in Cairo. Whom one suddenly feels sorry for.  The site will also have a cinema, the seemingly irrationally high number of 28 shops, plus 10 restaurants, a boutique hotel and the now obligatory conference center.