The world renowned resort in Malaysia has been in soft opening mode since the end of the 14th century — just kidding, since September 2018! All facilities are now back, $60 million and a year and change after starting its extensive renovation.

The Datai is in the heart of a 10 million year-old rainforest on the island of Langkawi, sitting on Datai Bay, considered one of the most spectacular beaches in the world. (Don’t ask how — we consider this notion of rating the best beaches utter hogwash, given how can anyone realistically say or know such things! There are tens of thousands of beaches, most of them are great. Seriously, if you want news, read this. 121 rooms, suites and villas have been upgraded and equipped with the latest technology. Guests get to choose from the Canopy Collection in the main building, The Rainforest Collection tucked inside the forest, and The Beach Collection of one or two bedroom villas — guess where those are. 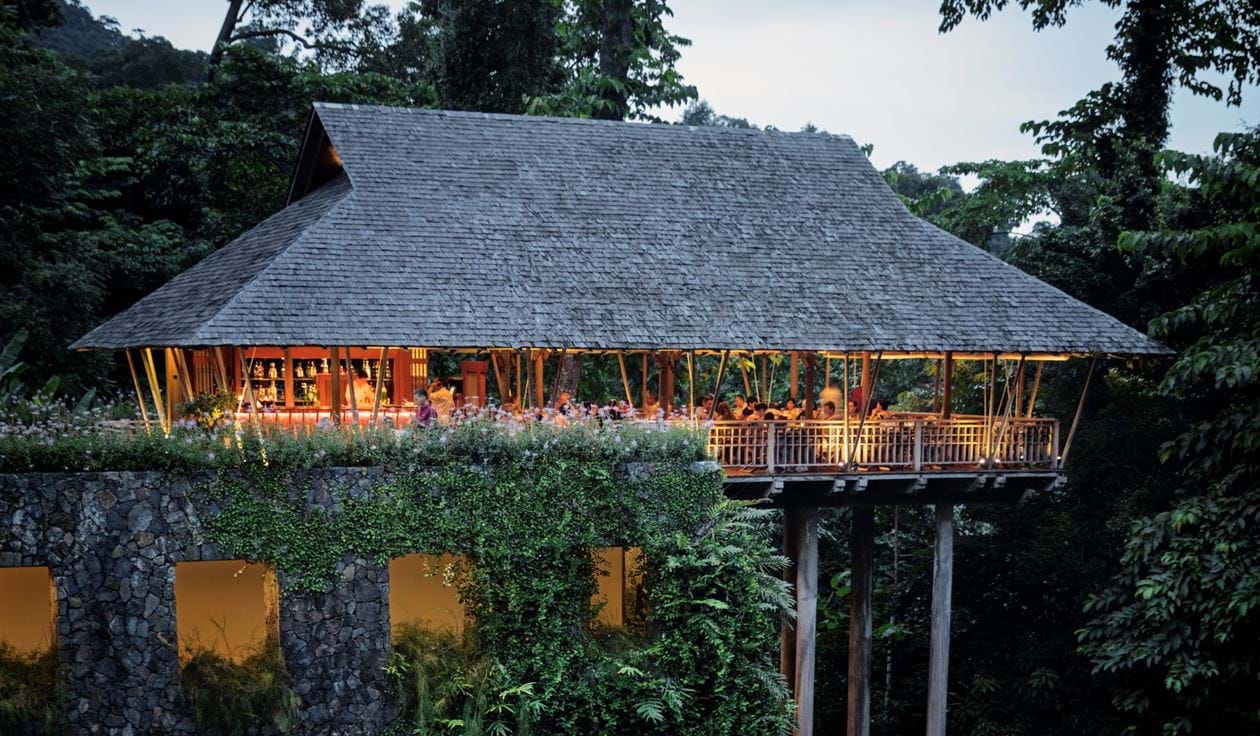 The Pavilion, on stilts among the trees

The food is inspired by the exotic flair of Malaysian and pan-Asian cuisine, using locally grown ingredients, as you’d expect, with either the rainforest or the beach as your dramatic dining backdrop option. The Spa and Wellness Center has 5 treatment villas, and you would be in the right place to experience their simple philosophy of aligning wellness with nature. And so you don’t get too bored living in paradise, there’s the usual fare of water sports, golfing and, not quite so usual, gardening classes. 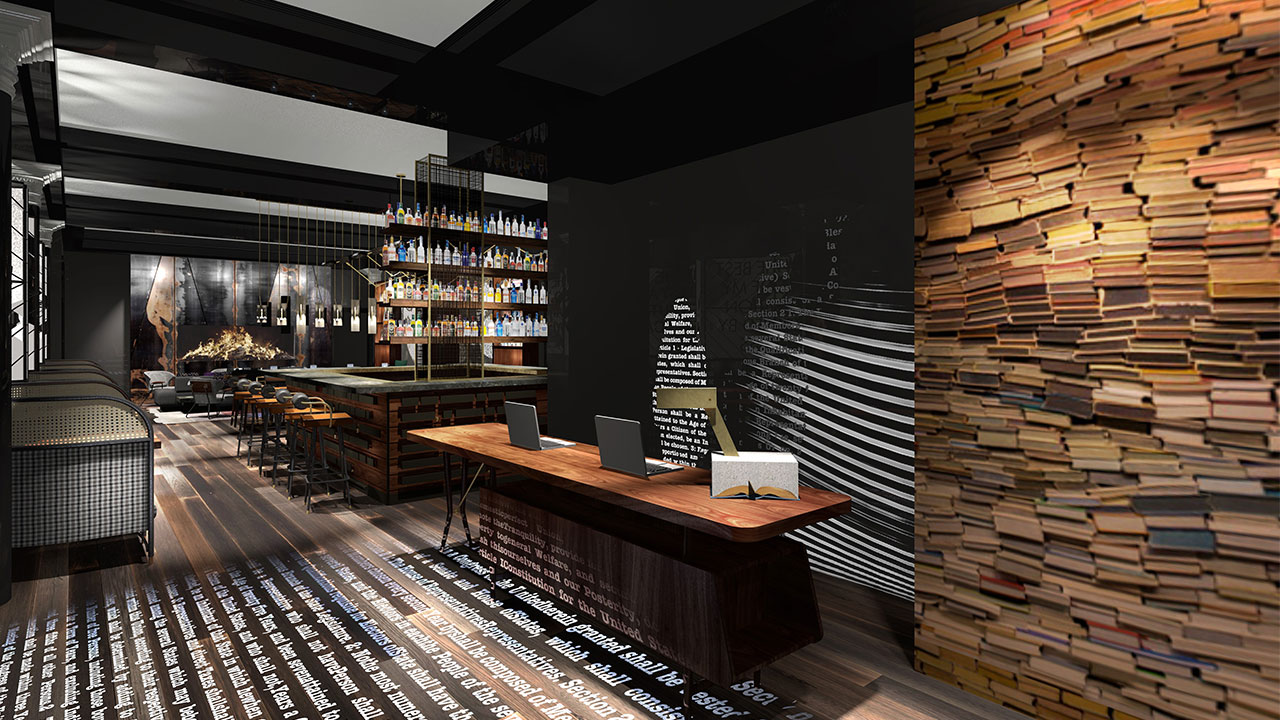 The Beat Generation is being unearthed and dragged back to its birth place, San Francisco, in the form of the new Hotel Emblem, located at 562 Sutter Street, close to Union Square and the fancy Nob Hill. Once the Hotel Rex, new owners Viceroy Hotels and Resorts have transformed the property into luxury hospitality, imbuing the spirit of the Beats. The hotel has 96 guest rooms with décor designed as homage to San Francisco’s eclectic past, with all the amenities that savvy travelers expect. Dining options are The Obscenity Bar and Lounge — with a name like that there better be some creative cocktails — and the Bluestone Lane Coffee Shop, open to guests and locals alike. In the lobby is a Writer’s Alcove filled with books -– the entire hotel is, quote, “being reimagined to spark conversation and empower guests to think and act boldly”, or so they say now: we’ll see how they feel when someone acts maybe a hair too boldly…

October 2018, in the downtown Civic and Cultural District, the Capitol Kempinski Hotel opened its doors in the building formally known as the Capital Building and The Stamford House, after a few years of restoration and updating. The design has paid special attention to the colonial art deco and Victorian architecture of the iconic building with a few modern touches, necessary for any luxury hotel in today’s market. 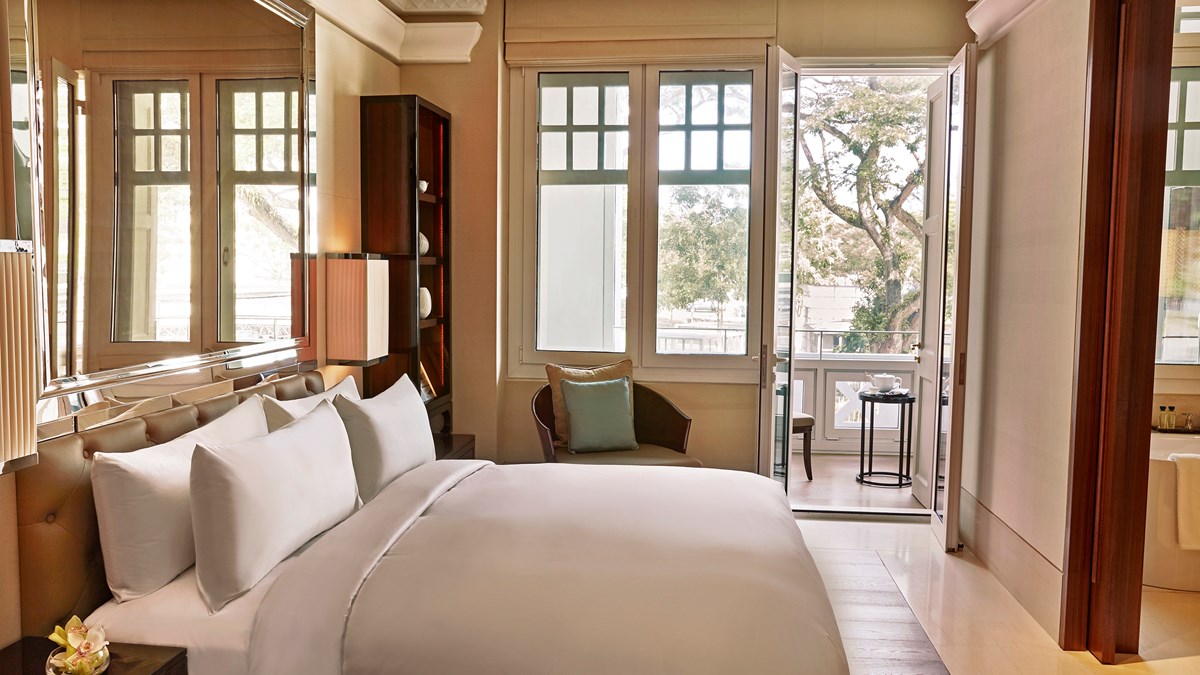 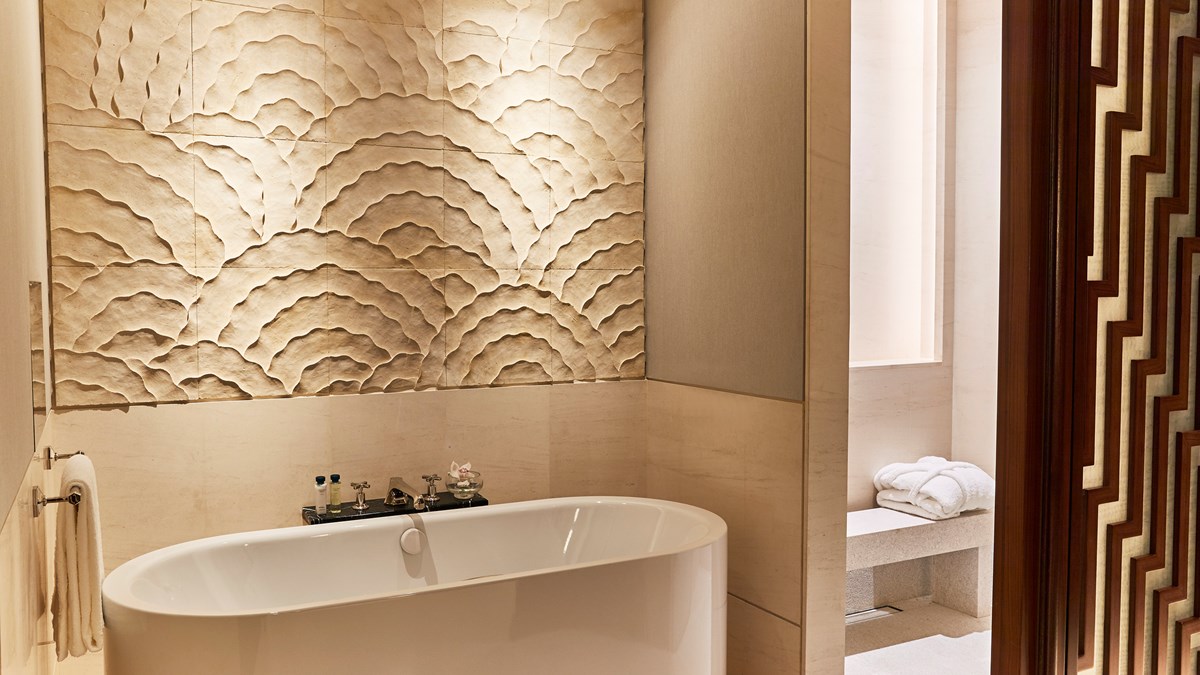 The 157 guestrooms and suites have high ceiling, large windows with great views of the city, and bathrooms with a wonderful, free-standing deep soak bath tub. The lamps and cornices depict a patterned design representing Singapore’s mascot, the Merlion. There’s an outdoor saltwater relaxation pool, bar and restaurant, and Spa and fitness center. This is Kempinski’s first property in Asia.

Beijing Daxing International Airport, toted to be the world’s biggest (can’t wait to see how UAE reacts to that) will open in 2019. This will give Beijing Capital International airport, the second busiest in the world, some much needed assistance in easing travel load. Located in the southern district of Daxing, the terminal building was designed by the late Zaha Hadid, one of the world’s greatest living architects until he wasn’t living anymore. 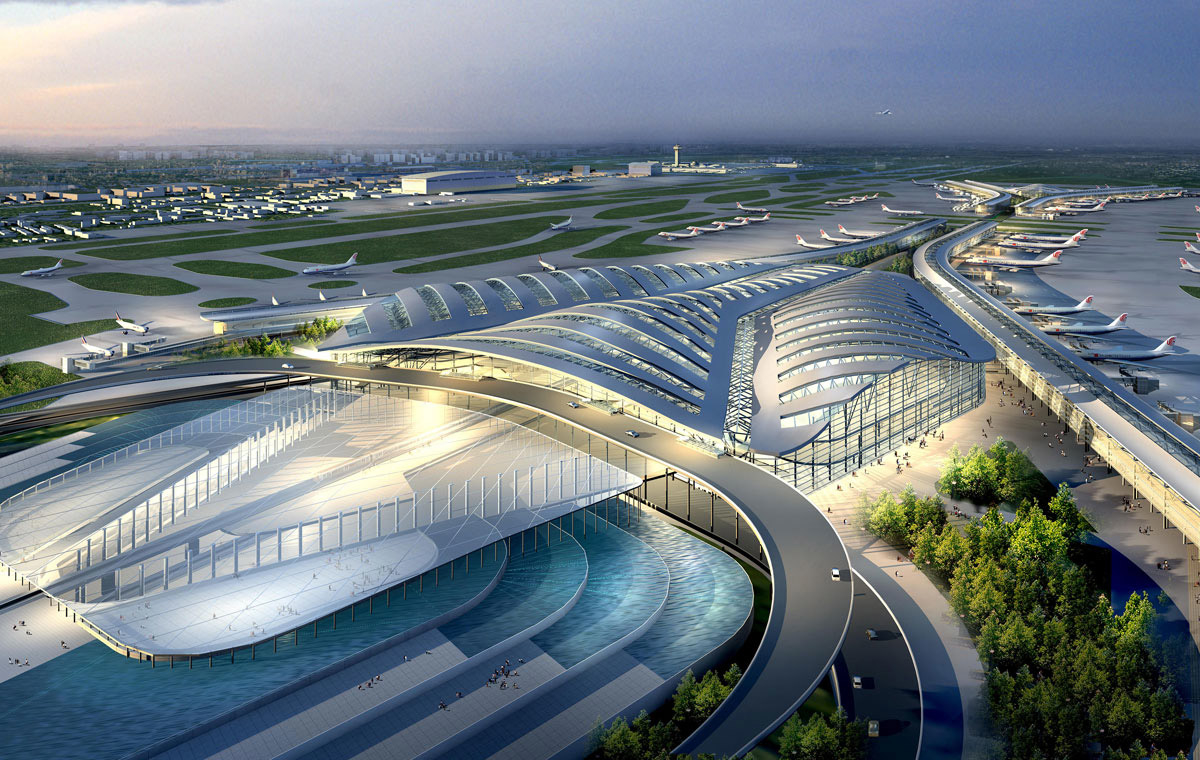 It is 700,000 square meters with a center hub and six spikes all connected by walkways designed to make navigation a breeze, decorated in traditional Chinese colors and materials. The terminal also has gardens, and separate passenger areas for domestic and international flights.  At the opening there will be four runways, ultimately the airport will be able to handle 100 million passengers a year. 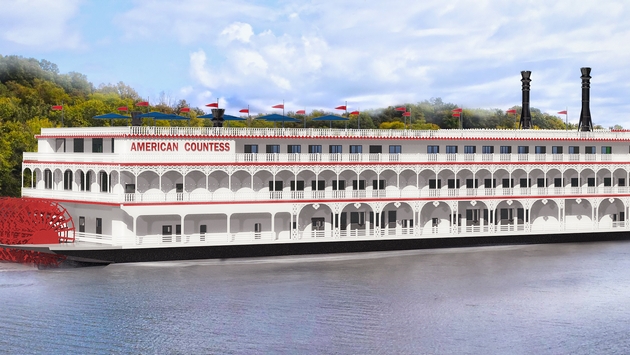 Rolling, rolling on the river:  American Queen Steamboat Company is adding a fourth ship to its collection. The American Countess, an authentic and quite awesome looking paddlewheel river boat like it’s sister vessels, being built now, will accommodate 245 guests. Construction began last fall with the launch expected in 2020, its route mainly the Lower Mississippi River. This floating emporium will be built on the existing hull of the Kanesville Queen, previously used as a gambling boat. There is apparently a healthy appetite for this addition to the company’s fleet — their first three boats are sailing at 100 percent capacity.