It took a little longer than planned. This was scheduled to open in 2020 — oh well, better late than never! Located in the Crown Building, 730 Fifth Avenue, with 83 hotel suites, 19 ultra luxury condos, and a five-story penthouse which comes with an indoor and outdoor pool. That’ll be a bargain, I bet! Wining and dining options abound and one you might like to try even if not staying in the hotel — yes it is open to the poor, I mean public, unwashed heathens that we are — is the Garden Terrace with a wraparound, well, terrace, with water props and fire pits. Most of the bars are open to the public as well.  And last but by no means least is the Aman Spa, which is not open to the public. It is on three floors with a pool, treatment rooms and all the fitness facilities you can think of and probably a few you can’t! 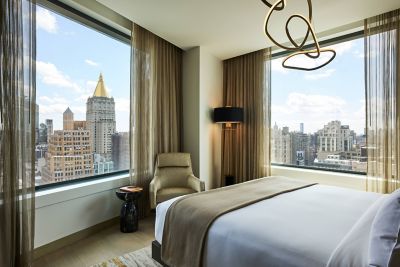 First of all, how the hell do they squeeze it in? How do they fit yet another whopping great building into Manhattan, another new luxury hotel? It’s getting to the point that if an Halal food truck vacates its spot on a street corner, Marriott have a 500 room hotel and residency complex there before the poor Halal guy gets back in the morning.

But there it is! Another Ritz-Carlton, fifty stories high, in the small NoMad section of New York, which has more hotels than people per square foot I think. No less than five design teams worked on it, incorporating the nearby Flower District vibe (and — tra-la! — there are lots of fresh flower arrangements throughout the hotel). There’s a curated art collection, too, so the property has got a visual elegance that’s rare in a big city hotel. There’s a nightclub on the roof, which is great, because if there’s one thing New York needs, it’s more nightclubs on rooftops!

José Andrés is involved with the food, creating Zaytinya, a creative mash up of Turkish, Greek and Lebanese culinary delights. That’s worth checking out. There are 250 rooms, including 19 suites. And, because this is de rigueur with R-C, there are 16 one or two bedroom penthouse residences. Those have some serious views. Or at least they will, until next week when someone puts up a new hotel next door. 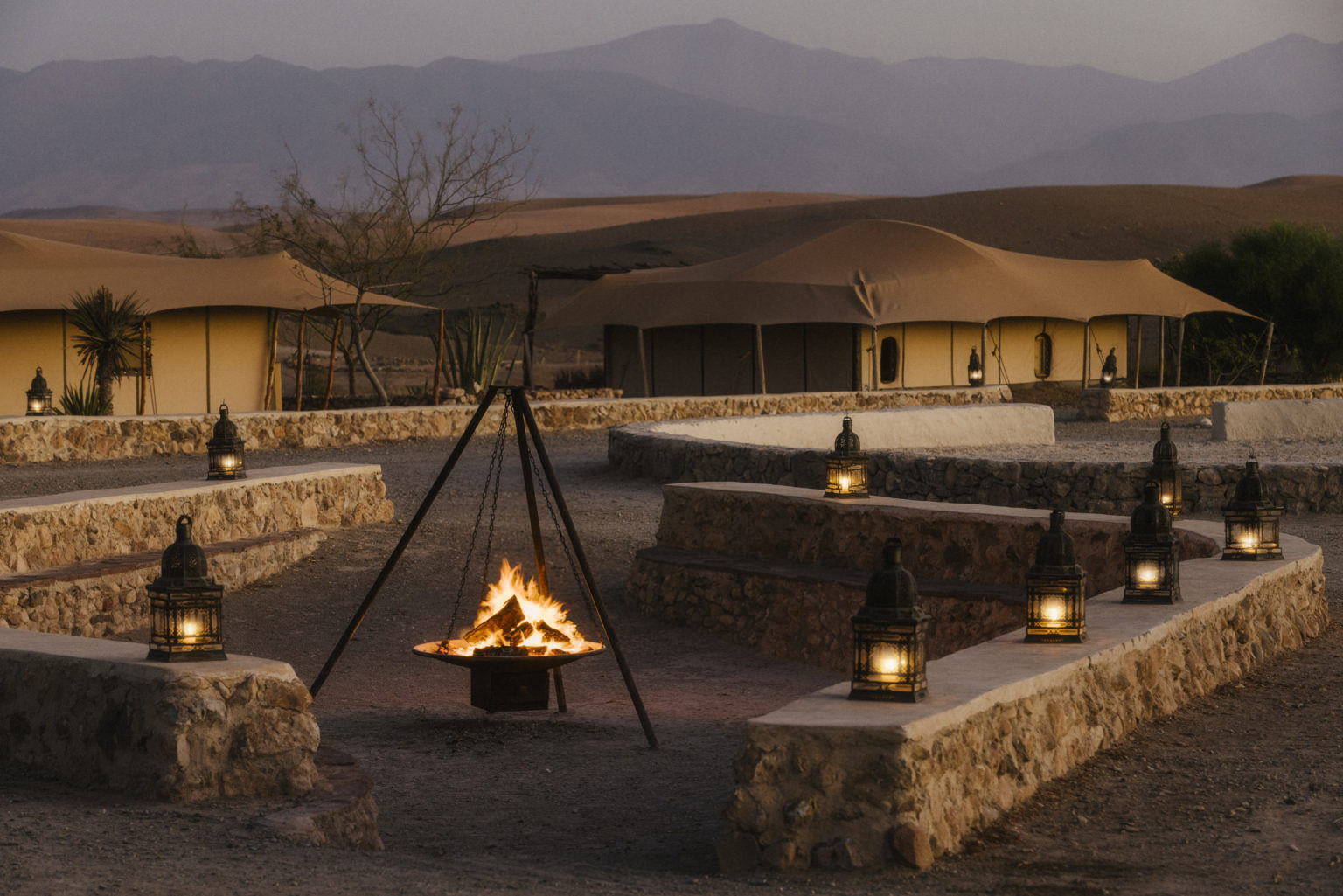 Deep in the Agafay Desert, but just 45 minutes from Marrakech, you will find the Caravan Agafay, located in the dunes with magnificent views of the rocky desert and the snow-capped Atlas Mountains in the distance. This is a place to pretty much get away from the stresses and tensions of life. Accommodations consist of tents or lodges, both with comfortable bedding and private outdoor areas. The Olivar is the restaurant and yes, it has the same moon-like views and the desert landscape. The menu is inspired by traditional Moroccan cuisine with flavours from many cultures that have influenced the region throughout its history, the Berbers, and Moors and African and Middle Eastern countries. This is adventure travel to explore the land, culture and nomadic lifestyle. There is no spa. Seriously, it’s the desert. 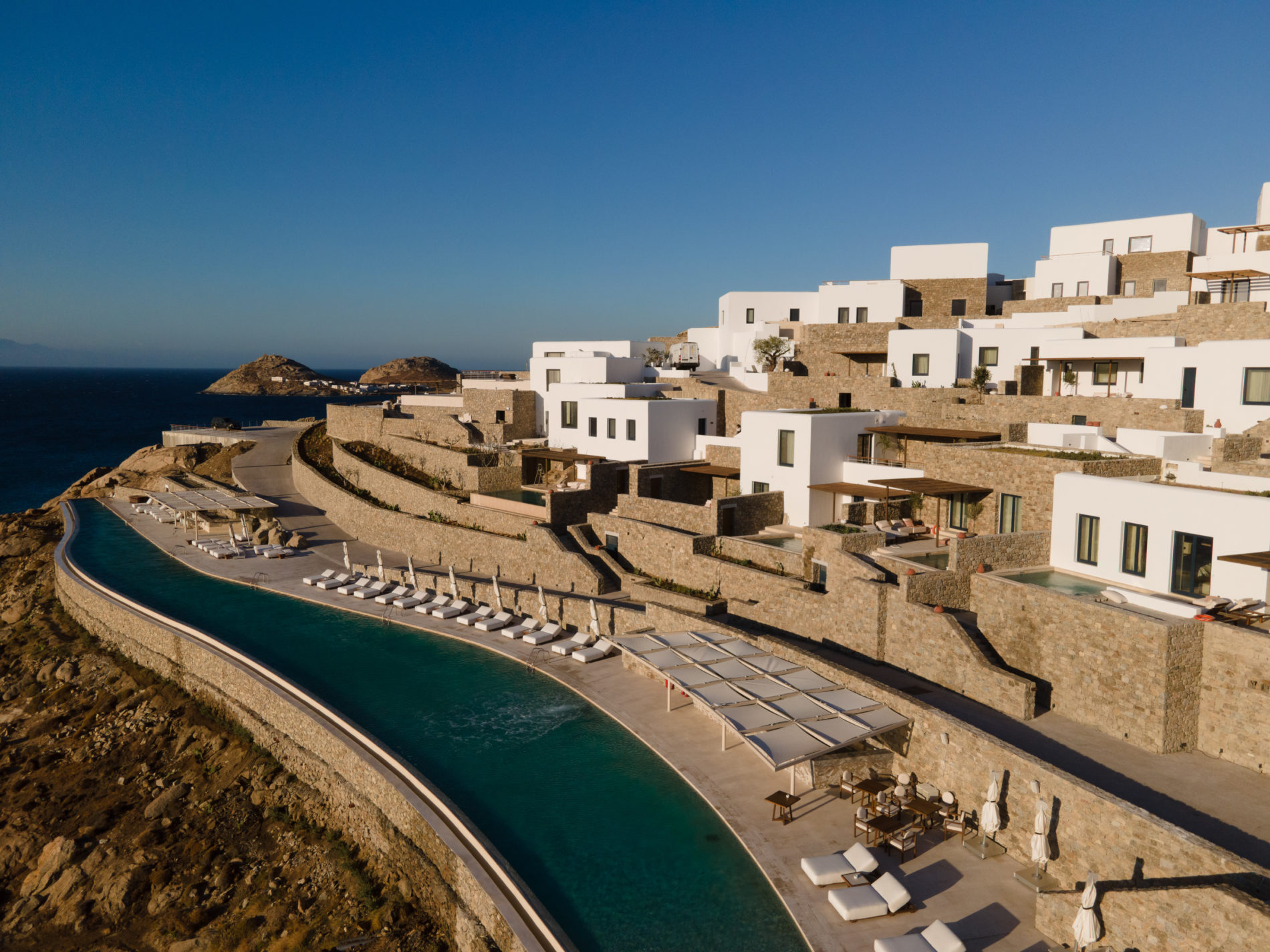 Cali, a boutique resort in Kalafati on its own private beach, which is unheard of in Mykonos. The opening is the completion of a six years project for the Mourkakos family, whose summers spent in Mykonos created a dream. The property is constructed as much as possible with materials from the local environment. Accommodations comprise 40 luxury suites and villas, most with secluded marble terraces, seawater pools and of course, uninterrupted views of the Aegean Sea. The restaurant’s menu reflects local Mediterranean cuisine, a sushi bar for lunch which you will find by the seawater pool, and sunset drinks can be had in the bar. The resort has its own fleet of boats and yachts to charter and explore the ocean, there is a gym, or you can get in-room spa treatments or do personal or group yoga or Pilates. But did you not see the bit about the yachts and boats? 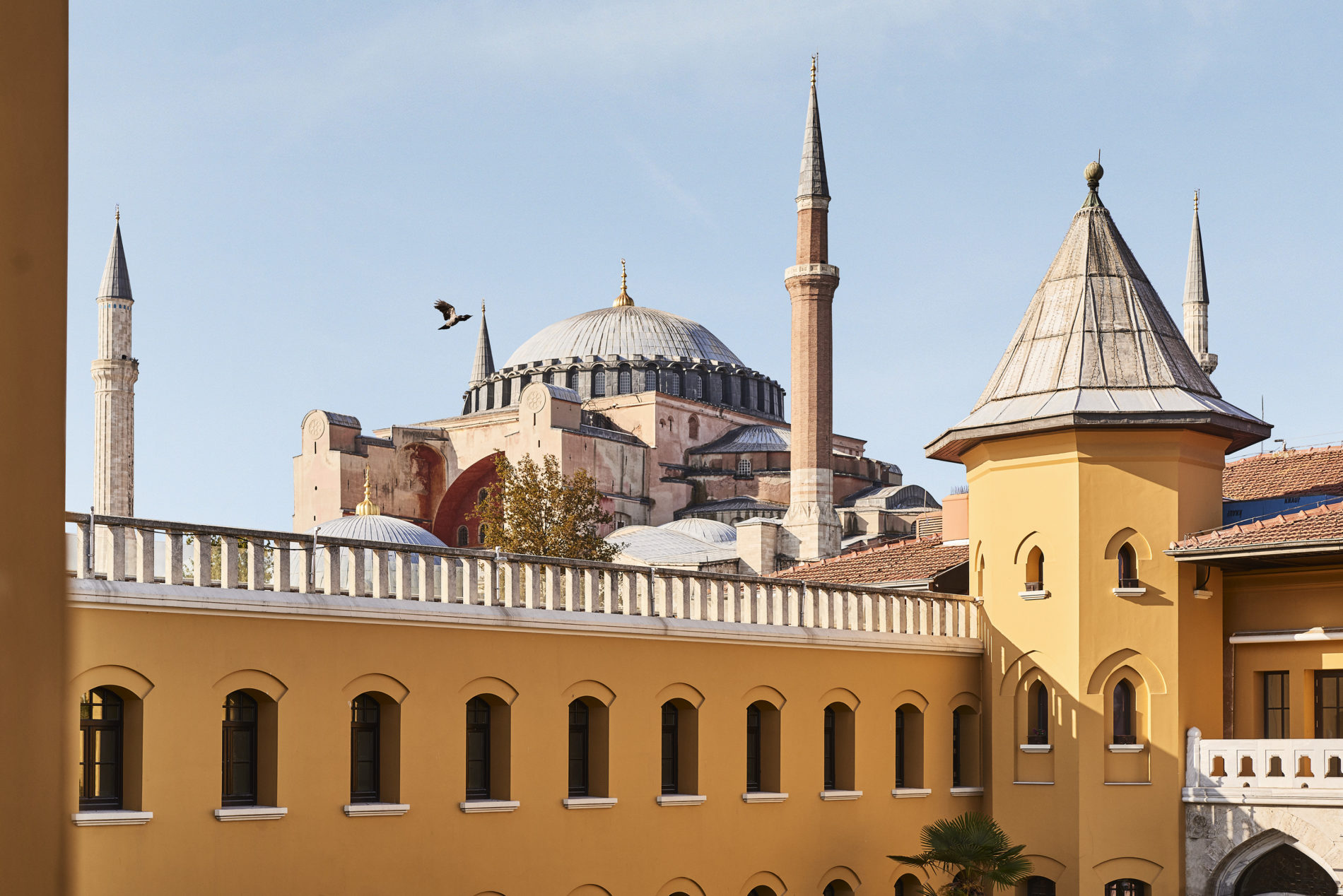 Located in the heart of Istanbul’s old city with views of the Blue Mosque, Hagia Sophia Mosque and Marmara Seas, the Four Seasons Hotel has reopened after a complete transformation. The hotel’s location is the perfect place to explore the ancient city. The renovation’s inspiration is from the city’s vast heritage and wide culture.

The entire property is expansive, from the lavish lobby area with the retail shops, the ballroom with features embedded in the architecture, to the seating areas now open to the newly landscaped terrace with areas for dining or just sitting. Enjoy a before dinner drink at the rooftop bar, watching the day end in this magnificent metrolpolis, then go to the restaurant located in the heart of the courtyard offering the best of Anatolian cuisine, or try the Lingo bar for drinks and seafood! (Or go out and eat in one of a thousand local places! I mean, we don’t work for the hotel!)

Yes, there is a spa, and this one has a Turkish barber and hammam! 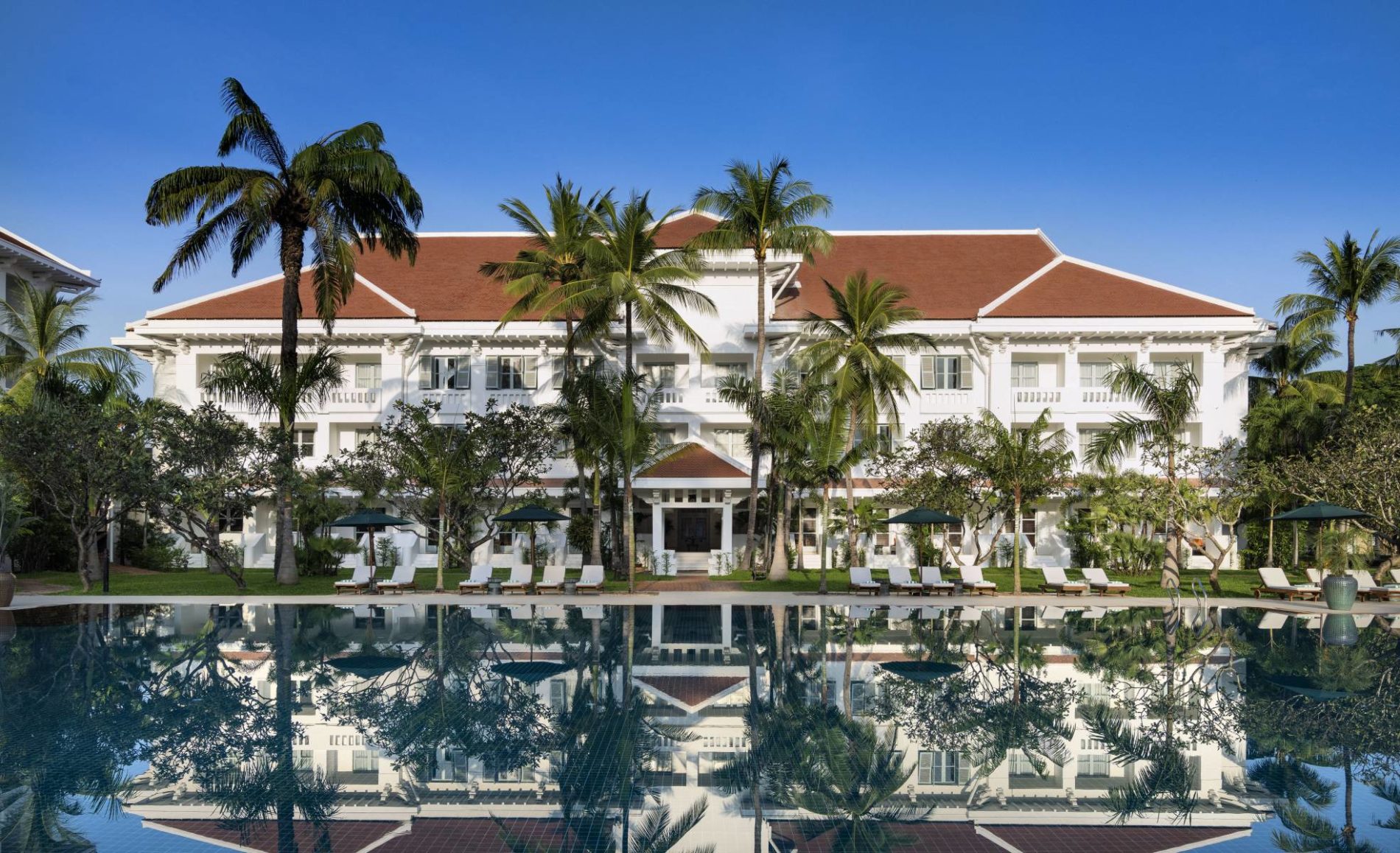 This historic hotel, which first opened its doors in 1932 and has hosted Charlie Chaplin, Jackie Kennedy and Michelle Obama, reopened its doors after what has been described as a “delicate transformation”. The guest rooms, villas and suites are now lighter and brighter with new amenities, furniture and features. There is a new Raffles Marquee, an events center located in the 15-acres French gardens. Returning guests and traditionalists will be happy to know the hotel’s original teak and wrought iron cage elevator, the Elephant Bar and the checker-tiled lobby remain the same. A host of on-site activities including a monk blessing are available for guests. A monk blessing! Points for originality! And, presumably, a real monk! The hotel’s signature restaurant still serves traditional Royal Khmer cuisine. 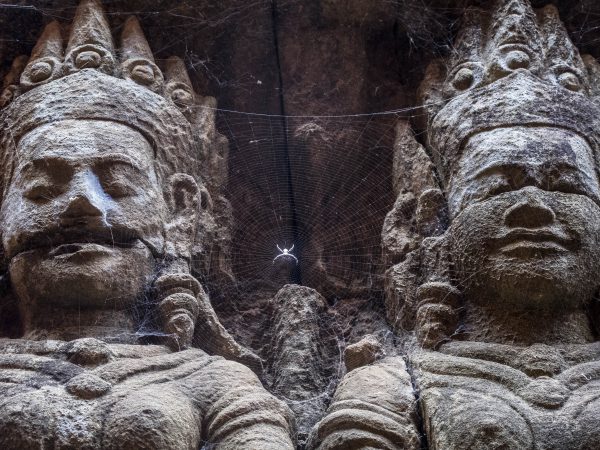