Studio 54, Palladium, Morgans Hotel Group with Philippe Starck, Edition Hotels and today Public. Even if you don’t know every one of these, you’ll know at least one on this list of things Ian Schrager conjured up. Studio 54 made New York nightlife what it is today, Palladium was its follow up — bringing throbbing bodies and music to a city in the throws of the over-the-top 80s. Morgans Hotels showed the worlds how hotels could be both shit-hot design chic, have plenty of celebrities, and pack everyone else in their lobbies. Schrager pushed and pushed the edge of the envelope, and so today he’s brought us small-is-chic with Public, his latest iteration of “where the wild cool folks are” hotel — and this time, luxury is for everyone.

Tell me a little about your background and upbringing.

I was born in the Bronx, which you could say is a provincial borough of New York City and I moved to Brooklyn when I was in the 5th grade. We were a lower middle-class family. I had a brother, sister, mother and father; we were a very close-knit family. I had a typical upbringing. We were ambitious and aspirational — my parents wanted me to have more and be better than what they had. 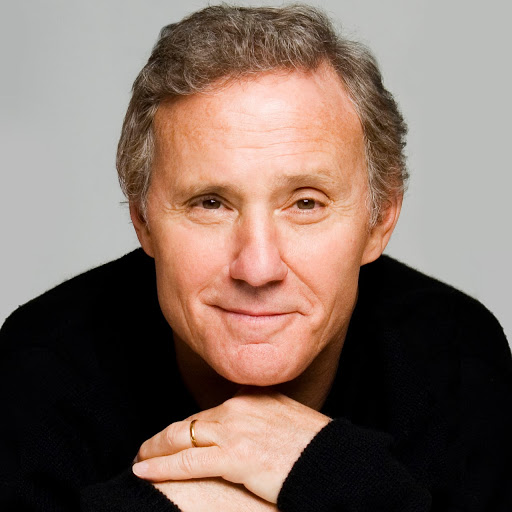 You were always a real lover of New York. What did that stem from?

I think that when you grow up in New York, it has so much energy and intensity that everywhere else appears tame in comparison. I don’t mean to sound like a New York chauvinist, but I think you get used to the intensity and the pace and even the hostility of it. To me it seems very odd to live any other place after you have grown up and lived in New York.

You were the inner workings of Studio 54. Share a little bit about that and how the city has changed.

It’s very hard to characterize a partnership. There were areas of influence but they weren’t mutually exclusive. Steve was more of an outgoing extrovert and I was shyer and more of an introvert; but we didn’t really fit into that box of “one person was inside and one person was outside”.

I enjoyed creating, conceptualizing and putting the whole plate together and Steve enjoyed dealing with the people. We both made a contribution and those areas weren’t exclusive. They were overlapping responsibilities; I think it worked very effectively. Steve and I were fifty-fifty partners and you’re not going to give up half of the profits to someone who doesn’t make a major contribution. I often think we were more successful together but even if we were apart, each one of us would have made a success.

Why get into hotels? What was appealing about hospitality?

Even though on the surface nightclubs don’t look like hotels, they are in the same business. They’re both in the hospitality business; they’re both trying to look after their guests; they’re both trying to make sure their guests have a good time and are enjoying themselves. One is a bit more civilized – hotels – but hotels, restaurants and nightclubs all have the same goal of looking after your customers, so I think hotels were a logical progression.

What is your definition of luxury today? What made it change and how has it?

Luxury is very different to the way it was in previous years and I think that’s rightly so. It should change; everything changes. Cars change, fashion changes, telephones, airplanes, kitchen appliances – everything changes! Luxury has also changed. What has basically happened is that the wealth is now scarcer than it once was. Luxury is no longer defined by how much something costs or a business classification; it is defined by how it makes you feel. Does it lift your spirits? Does it make you feel good? It’s just a different criterion than the one left over from a bygone era. My parents might have based their idea of luxury on financial exclusivity or maybe some kind of financial snobbery; I think that is irrelevant today. All people care about is having an elevated experience and being treated nicely.

What makes Public so different, unique in your mind?

I think it is visually incredibly sophisticated; it is a new kind of look and a very special kind of visual stimulation.

More importantly, it is an anomaly; an oxymoron. It is true luxury but at a great price. Those two things are not joined together very often but I think if you can pull that off, it’s a really unique experience. The realization that luxury only depends upon how you feel and whether or not you are receiving an elevated experience is key. We’re able to provide the same luxury service and same luxury experience that you might find somewhere else at ten times the price. It’s not something dumbed down to the lowest common denominator either, PUBLIC is something that is appealing to people not looking for a bargain but who just want to get good value for their money. Luxury that’s accessible to everybody. It’s a modern idea. It’s a new thing. I think it’s good for people and it’s good for society because it is a people’s hotel. That’s what makes it different to anything else out there. 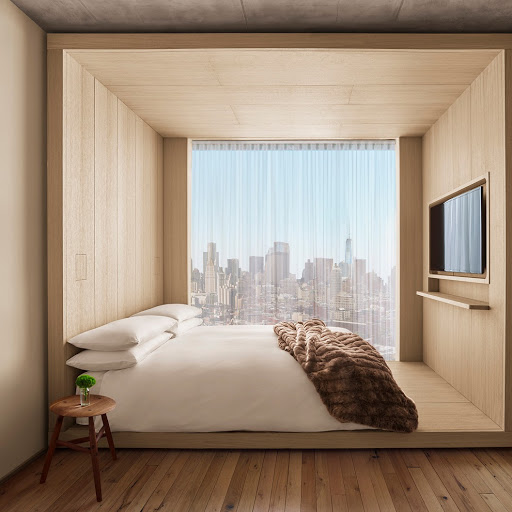 The Presidential Suite. Haha, just kidding! But it does look like a cool, comfortable bedroom. Obviously book a high floor***Nikolas Koenig***

What does it mean to have a People’s Hotel?

Anybody and everybody who wants to stay there can. It’s not restricted by an arbitrary price. If you like it, you have the opportunity of staying there. It’s like taking luxury and making it democratic. It’s a really important idea. It’s the opposite of elitist, but it’s still just as sophisticated. It’s making it accessible to everybody.

It’s an opportunity for people to enjoy the same thing that only rich people previously could enjoy. 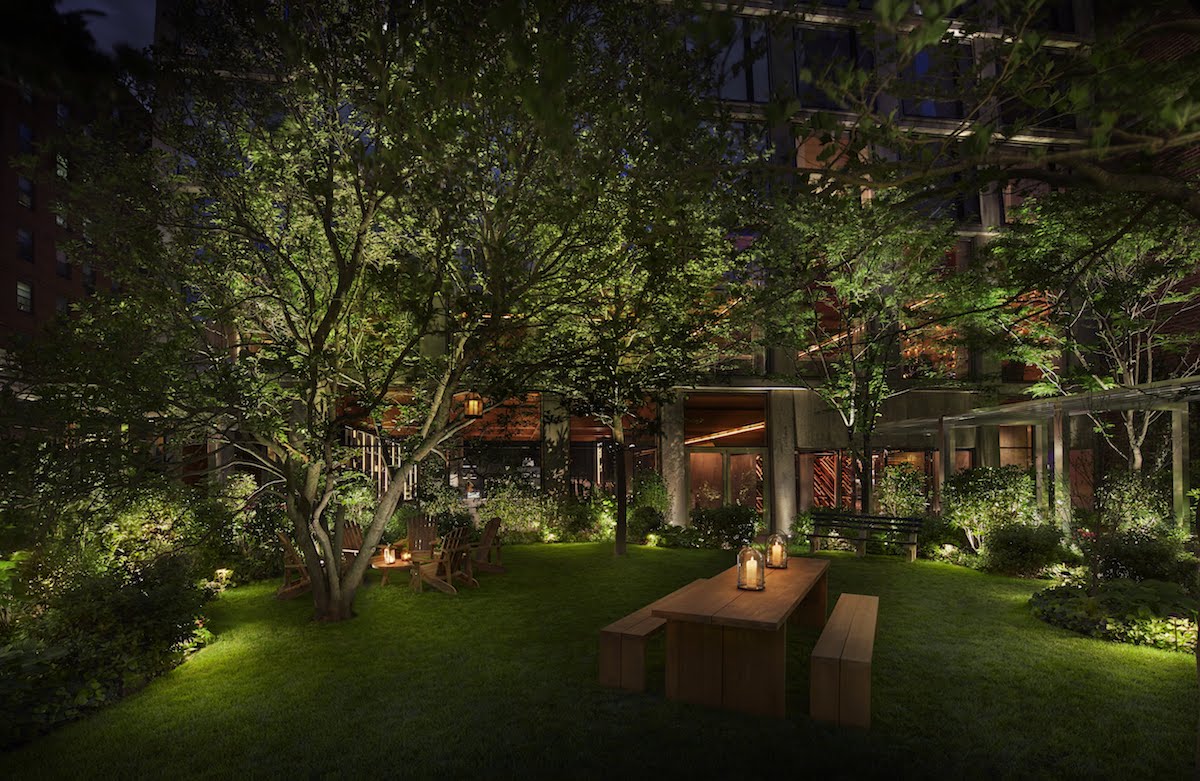 A garden! Attached to the hotel! In NEW YORK CITY! Has to be seen to be believed***Nikolas Koenig***

What does 25 years of hotel life mean to you, and describe hotels now versus when you started?

I think the hotel business is not always so responsive to what people want and I don’t think it always leads people where they want to go. That’s always been a puzzle and I enjoy solving that puzzle. I think if you love something you can be good at it. That was my approach with night clubs, that was my approach to apartments, and that has been my approach with hotels to this day. It’s more of a social approach in finding out what people want and delivering it to them.

What does it take for a hotel to have that right energy and sense of place, like the lobby of The Ace, NYC a few years ago?

I think it is important that a hotel manifests the place and the time that it is in. You don’t want to be dated, classified or put in a box. If you are going to do a hotel in China, you want it to feel like it is a hotel in China. The culture and the people in the hotel should capture the spirit of the times.

The hotel is supposed to manifest the location it is in, the people in and around that location, and the time it is. It should manifest the social habits and be a microcosm of the best of what the city has to offer. When you are able to tap into that local zeitgeist, that is where the energy comes from. When people visit a place, they don’t want to leave it behind when they go into the hotel; they want that experience to continue. You need to keep that spirit. That is where the energy comes from. 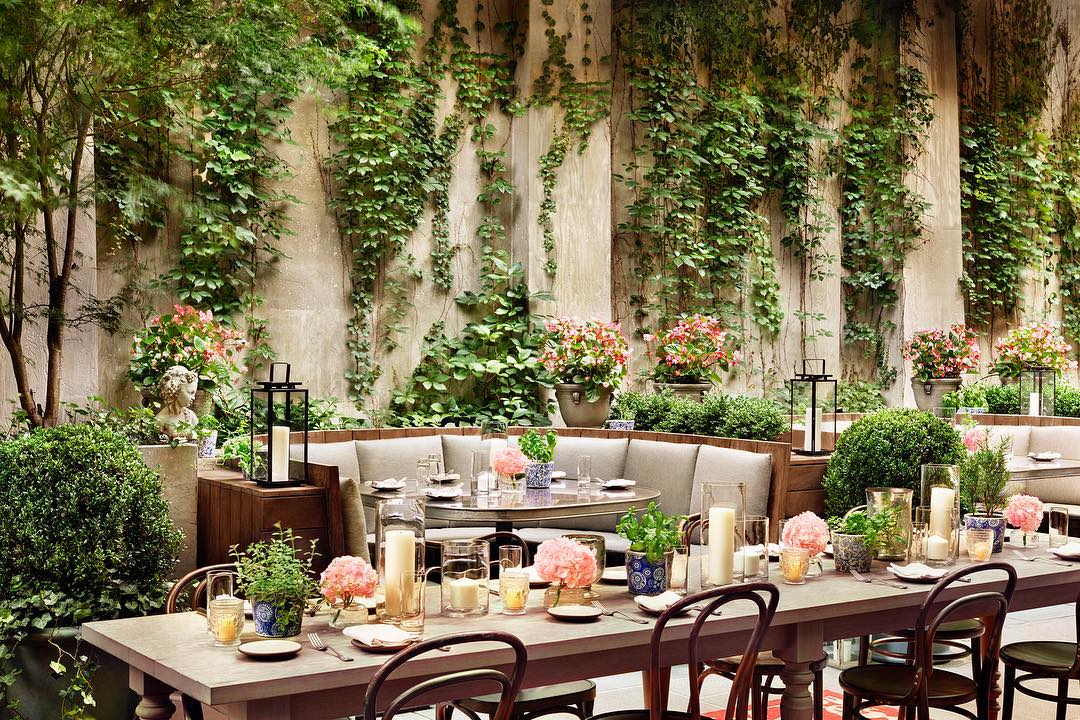 To be personally attentive and to own your guests. Don’t pass them onto somebody else but provide a level of service that is friendly and casual; not familiar but casual. Treat them with the kind of dignity you show a guest who comes into your home. 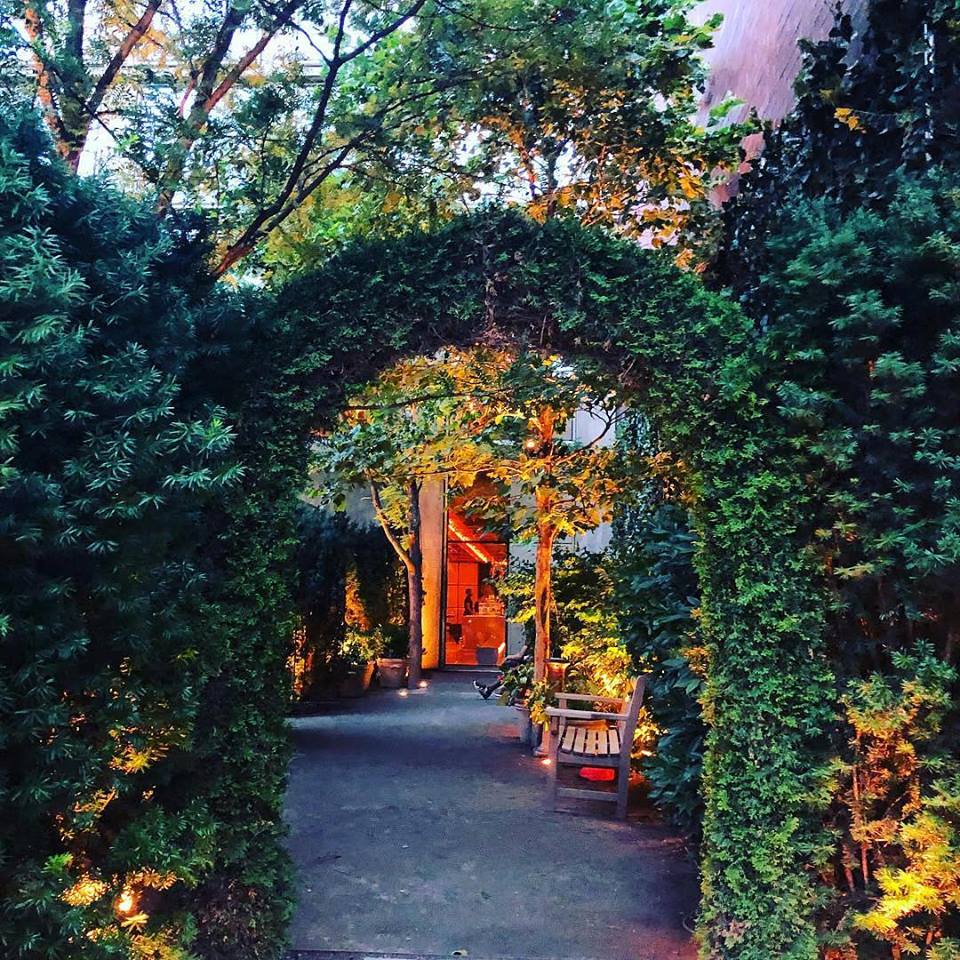 Tell me about your own growth through this process.

My career has been incredibly gratifying, charmed. I’ve never done something that hasn’t been successful; I consider myself a really lucky person. I like to be thought about as a person who has done something special, changed and improved things. I didn’t want to be just a person with money, I wanted to do something much more than that and to give something back. I have my family which I love and a career I love.

Favorite hotels and places in the world and why?

My favorite places in the world are New York, Paris, Shanghai and Beijing. I like the 24-hour, international, gateway cities. They are energized by culture. I am incredibly curious and I find those places a never-ending source of stimulation. My favorite hotel will come as a surprise, but I like Claridges in London. It’s a confident place and the service is so exceptional. I like the Okura in Japan, I think it is very smart. I like the Bel Air in Los Angeles because I think it is the quintessential California hotel with its rolling grounds, swans and lakes.

With so many hotel players in the market now, what do you think is going to happen? Who else is doing something interesting?

I don’t think it matters to me what the economic cycle is or how many hotels are in the market. There is always room for something that is really distinct and unique. There is always an opportunity to do a great hotel – no matter what city, no matter where it’s located, or how many hotels are in that city – provided you do something more special than everything else. That’s what I’ve always tried to do.

Talk to me about technology and how that plays a role in hotels now.

Technology in a hotel is very simple. It’s only useful if it makes things easier or if it makes things costless. If it doesn’t satisfy one of those two things, there is no reason for the technology. I’m not believer in technology for technology sake or having the latest flavor of the month technology. I think those things are irrelevant, boring and don’t improve the experience of staying in the hotel.